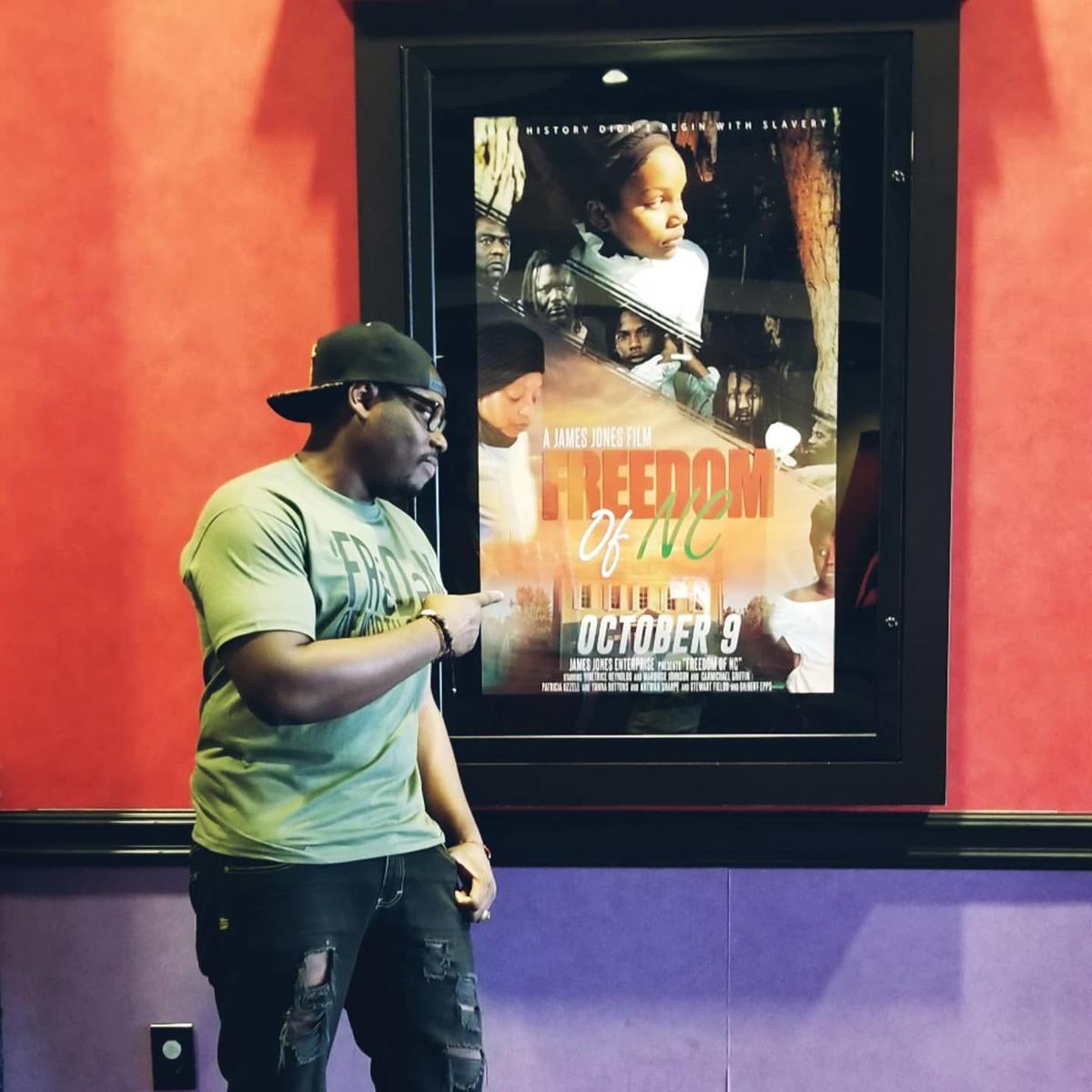 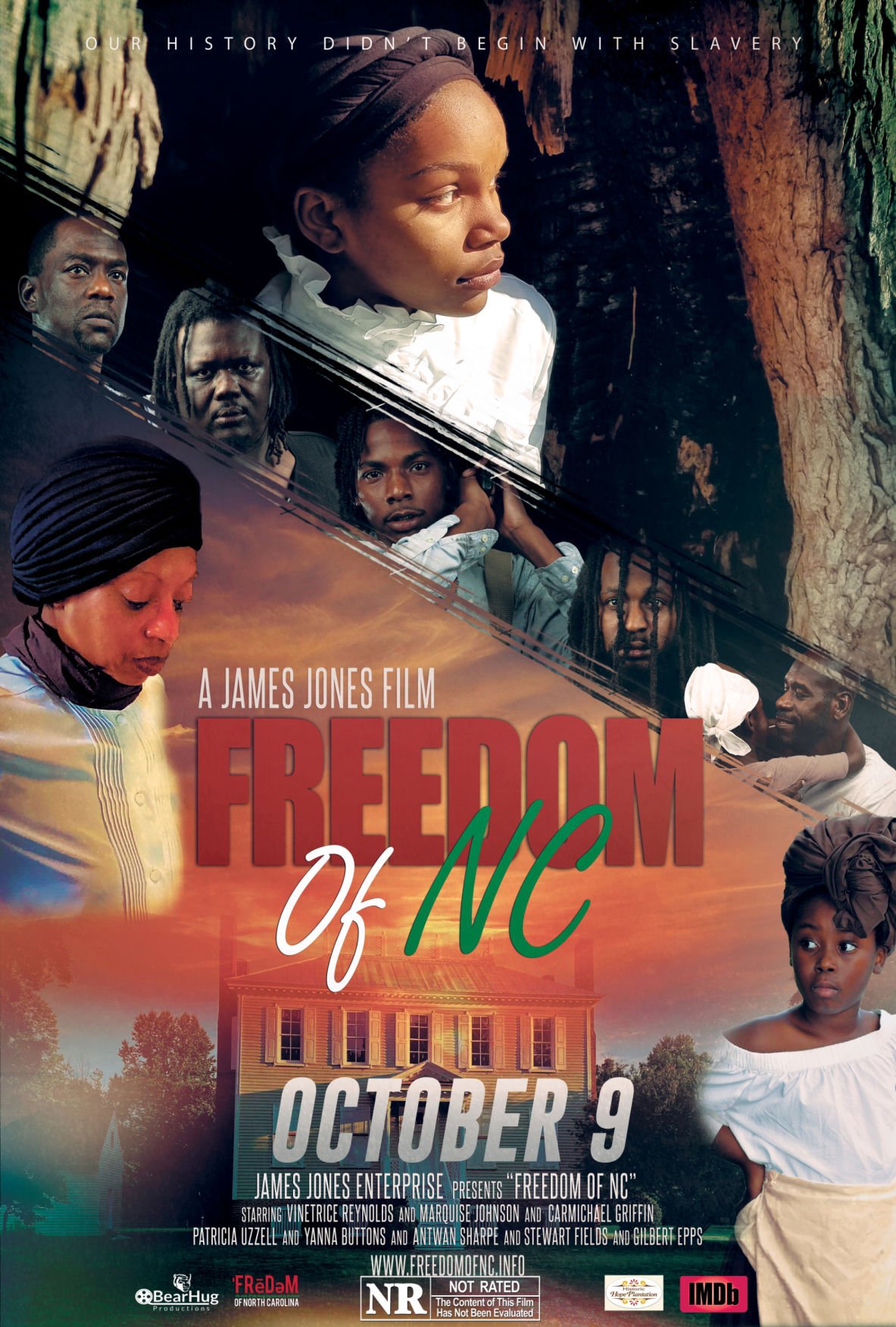 The movie poster promoting “Freedom of NC” is now on display at the Regal Greenville Grande movie theater. 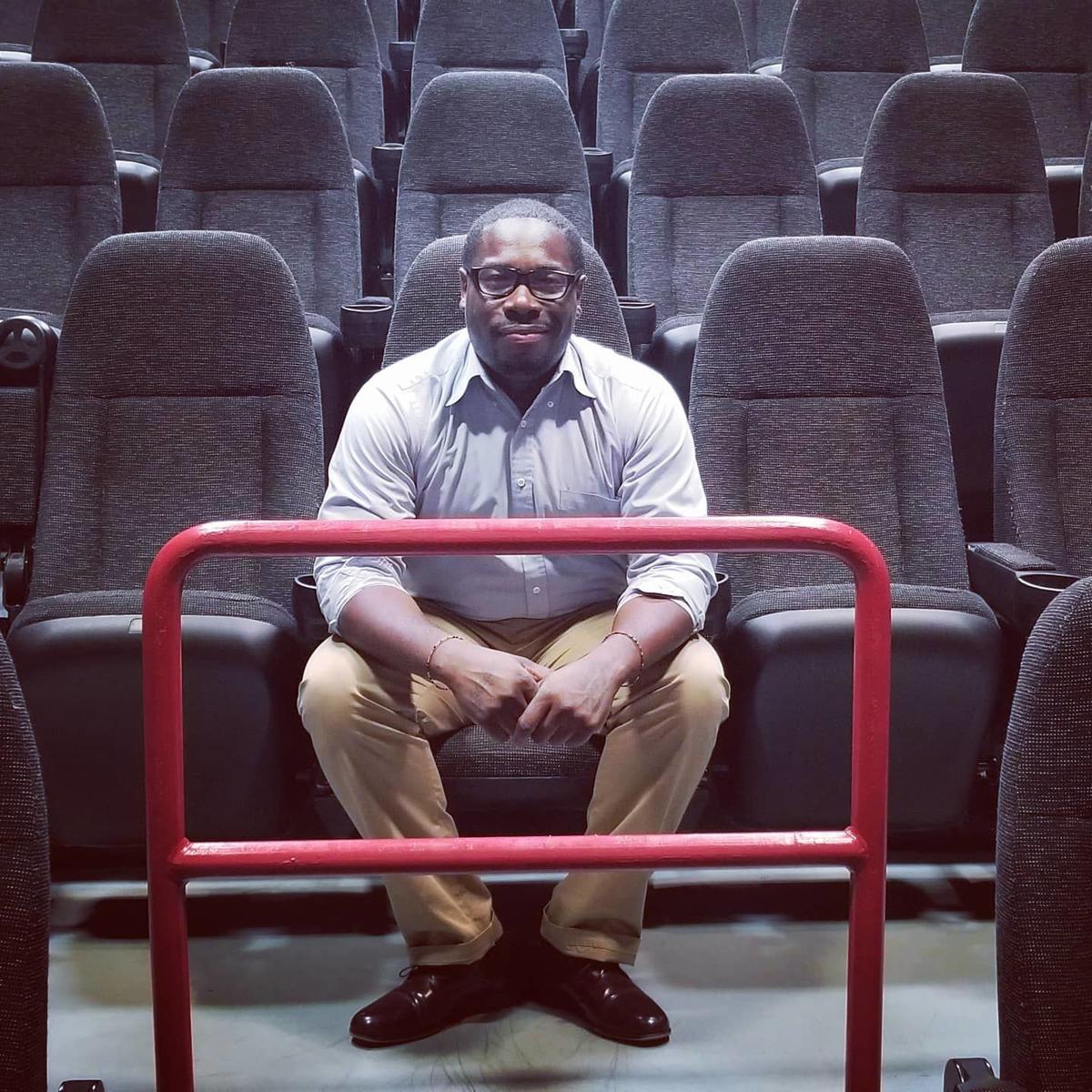 James Jones, writer, director, producer and editor of “Freedom of NC” recently learned his first feature film will make its world premiere at the Regal Greenville Grande on Oct. 9.

The movie poster promoting “Freedom of NC” is now on display at the Regal Greenville Grande movie theater.

James Jones, writer, director, producer and editor of “Freedom of NC” recently learned his first feature film will make its world premiere at the Regal Greenville Grande on Oct. 9.

In a world where a global pandemic closed movie theaters and delayed the release of blockbuster movies, one local filmmaker brought his first feature film to life.

With support from local backers, James Jones’ “Freedom of NC” will have its red carpet premiere at the Regal Greenville Grande on Oct. 9.

“They took a very big loss while they were closed and they want to get people excited about coming back to the theater,” Jones said. “They told me it is the first indy film to premiere in this area. I’m like, ‘Wow, that’s huge.’”

Spoiler alert: “Freedom of NC” is the story of an enslaved family and the dreams of freedom cherished by daughter Sarah Jones, portrayed by Vinetrice Reynolds.

“While the story is fictional, it is based on true events that happened all across America,” said Jones, who wrote, directed, produced and edited the film.

“It’s a place where people look just like them,” Jones said. “Everything that was stripped away from them is given back to them.”

Along with the story, music — ranging from rhythm and blues, gospel and rock — poetry and dance are used to tell the story.

“We wanted people to really take from this film and to know that regardless of the world and what the world has given us, what titles it’s given us, the true essence of ourselves is inside,” Jones said.

Jones had planned to premiere the movie at the Turnage Theatre in Washington, N.C.

However, when he learned that Regal Cinemas allowed screenings of independent films at its theaters, Jones submitted an application.

A representative with Regal Cinemas reached out about a month later to learn more about the project.

“Just getting a call from them was very exciting news,” he said.

What followed was several weeks of discussions and email exchanges. There were concerns because Jones had no marketing budget.

“If they are going to give you a screen they want to know your strategy for advertising it and marketing it,” he said.

Jones said one Regal representative championed the film, and he learned in late June that Regal would premiere the movie in Greenville. They had him meet with the floor manager and other local representatives last week.

“They want to test the waters with my film,” Jones said. If it brings in customers at its premiere, then corporate decision makers will consider showing it at other locations in North Carolina, he said.

After touring the cineplex with Regal staff, it was decided Jones’ film will be shown in a 281-seat theater.

Then they talked about the movie poster.

“They asked me to choose a place, where would I like it to be. I honestly didn’t know,” Jones said. “You had all these big, mainstream films and I didn’t know. My mind was everywhere.”

He eventually asked which door received the most foot traffic. They took him to one of the exit locations and there he saw a poster for “Respect,” a biography of Aretha Franklin starring Jennifer Hudson that opens in August.

Jones said when he saw that poster he knew that’s where he needed to be.

A self-taught video editor, Jones started writing “Freedom of NC” in 2018, a year after he returned to Greenville from Atlanta.

He had moved to Atlanta to pursue his dream of working in film, but it wasn’t until he returned home that he realized it is where he needed to be to hone his vision.

“My dream started chasing me,” he said.

Jones consulted with historians across eastern North Carolina to develop his script and by June 2019 he began filming, drawing his cast from a collection of local actors and independent filmmakers.

He had filmed about one-third of movie at Somerset Place State Historic Site, a former plantation located near Creswell, about 70 miles east of Greenville, when the plug was pulled. COVID-19 had struck and Somerset and other state facilities were shut down.

“We were pretty much sitting on our hands, not knowing what to do,” he said. The Somerset site director contacted him after about three months and said it was unclear when the site would reopen so they could start shooting.

Soon after, he connected with the officers and staff of the Historic Hope Plantation, a 45-acre facility near Windsor that features the home of former North Carolina Gov. David Stone (1770-1818).

Jones said after foundation president Turner B. Sutton and other members of the board of directors met with him and learned about the project. They opened the site to him and filming resumed in last summer.

Jones said one of his most difficult decisions was to scrap all his footage from Somerset and start again so the setting would be consistent.

“I embraced all the things that happened. Even if we didn’t understand it at the time,” he said. “The pandemic is the worst thing that could happen; there are small businesses that completely lost their business.

“We took it but made something out of it,” Jones said. “I felt at that time it gave us more prep time and gave us more time to think everything through. I used that time to our advantage.”

The production was also aided by the late Mac Hodges, the mayor of Washington, N.C., who helped him secure permission to film at Goose Creek State Park, he said.

Today, the film is edited and Jones is working with sound designers to clean up the dialogue. The movie’s score also is being completed.

Tickets are on sale at www.freedomeofnc.info. People can also view a trailer for the film, learn about the cast and crew, hear its music and buy film-related merchandise.

Jones said while he hopes “Freedom of NC” leads people to reflect on today’s America, he also hopes it inspires dreamers.

“There’s nothing impossible,” Jones said in a social media posting announcing the premiere.

“Create your own reality. Even in a town as small as Greenville, N.C.”