Log In Register
You have permission to edit this article.
Edit
News
Sports
Opinion
Features
Obits
Multimedia
Classifieds
e-Edition
Our Sites
Share This
1 of 4 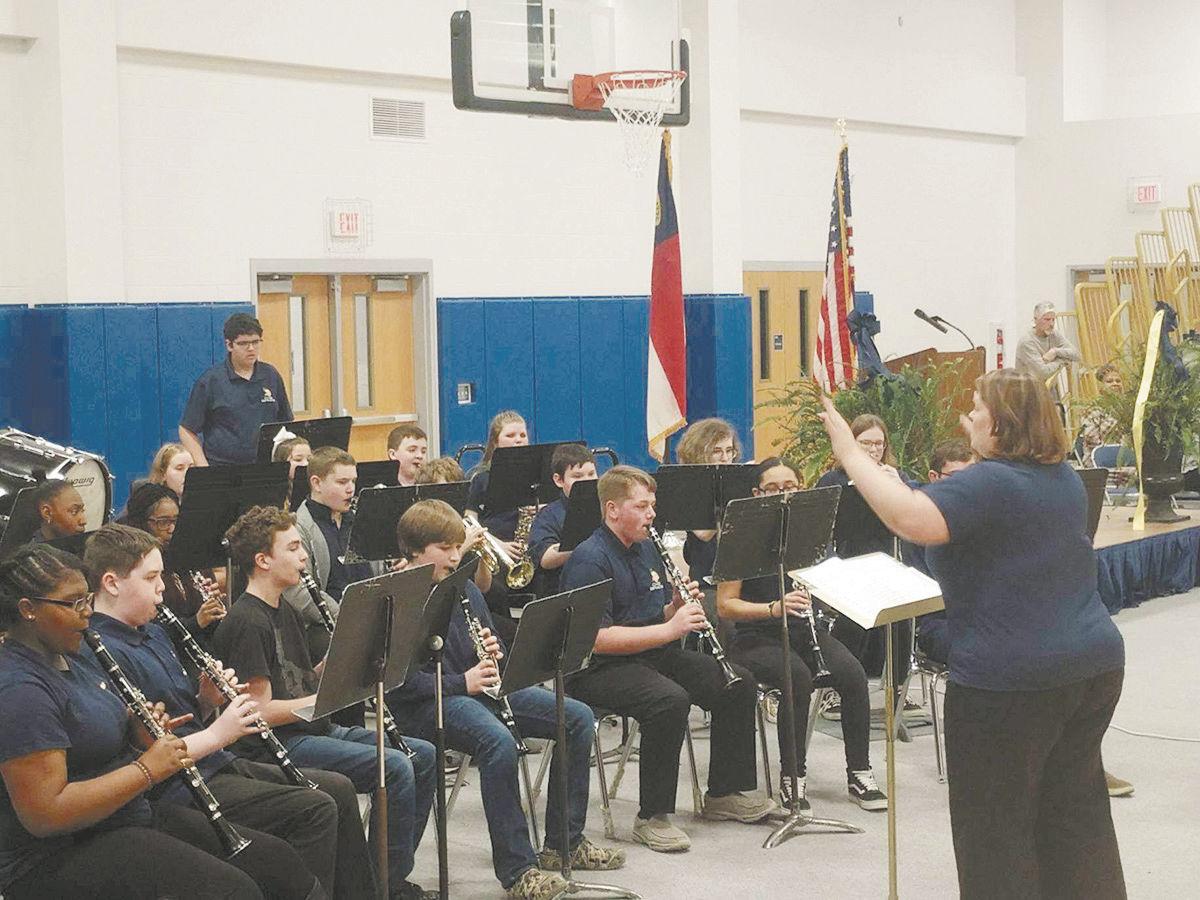 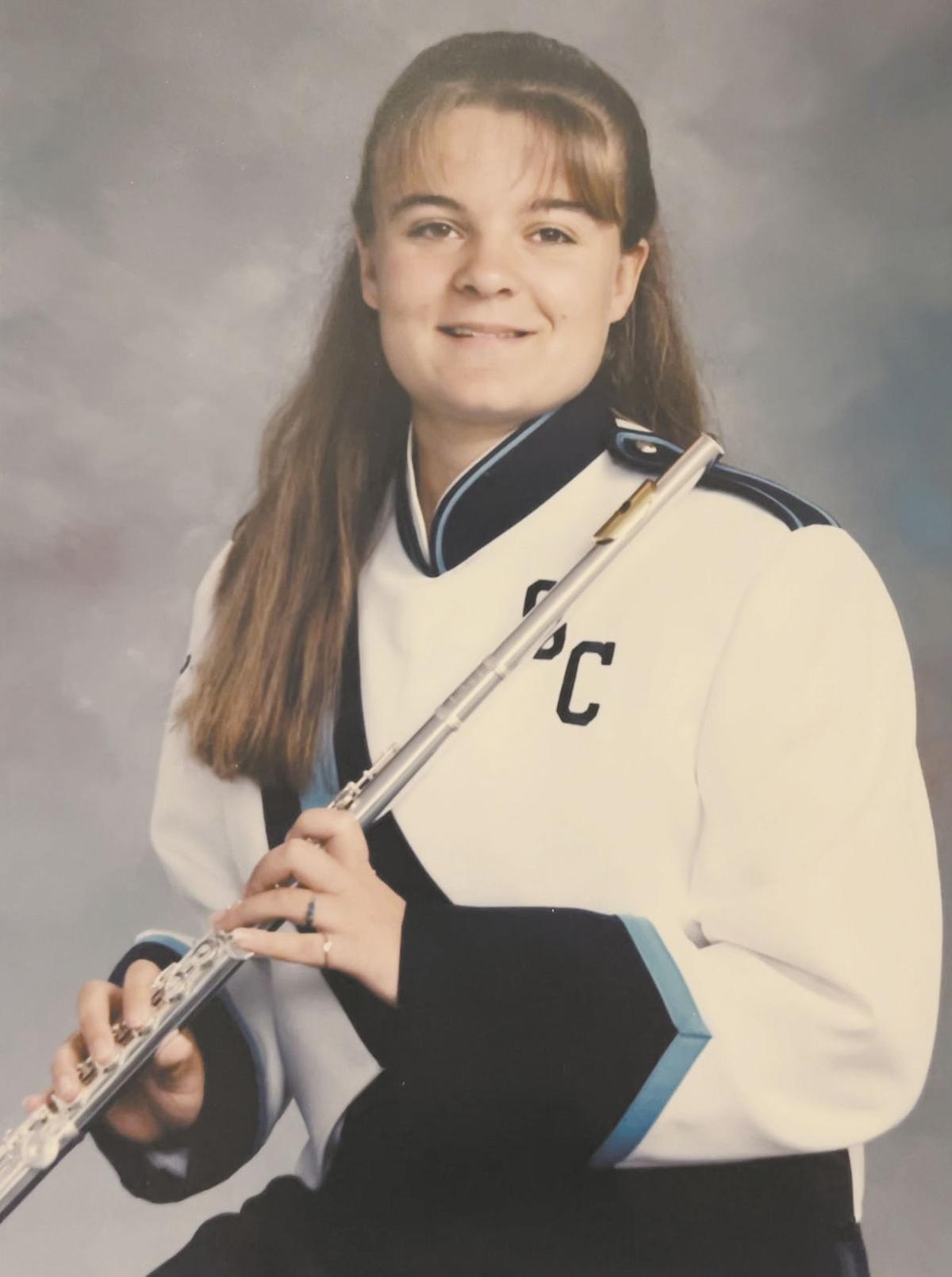 Leigh Morgan when she was a band member. 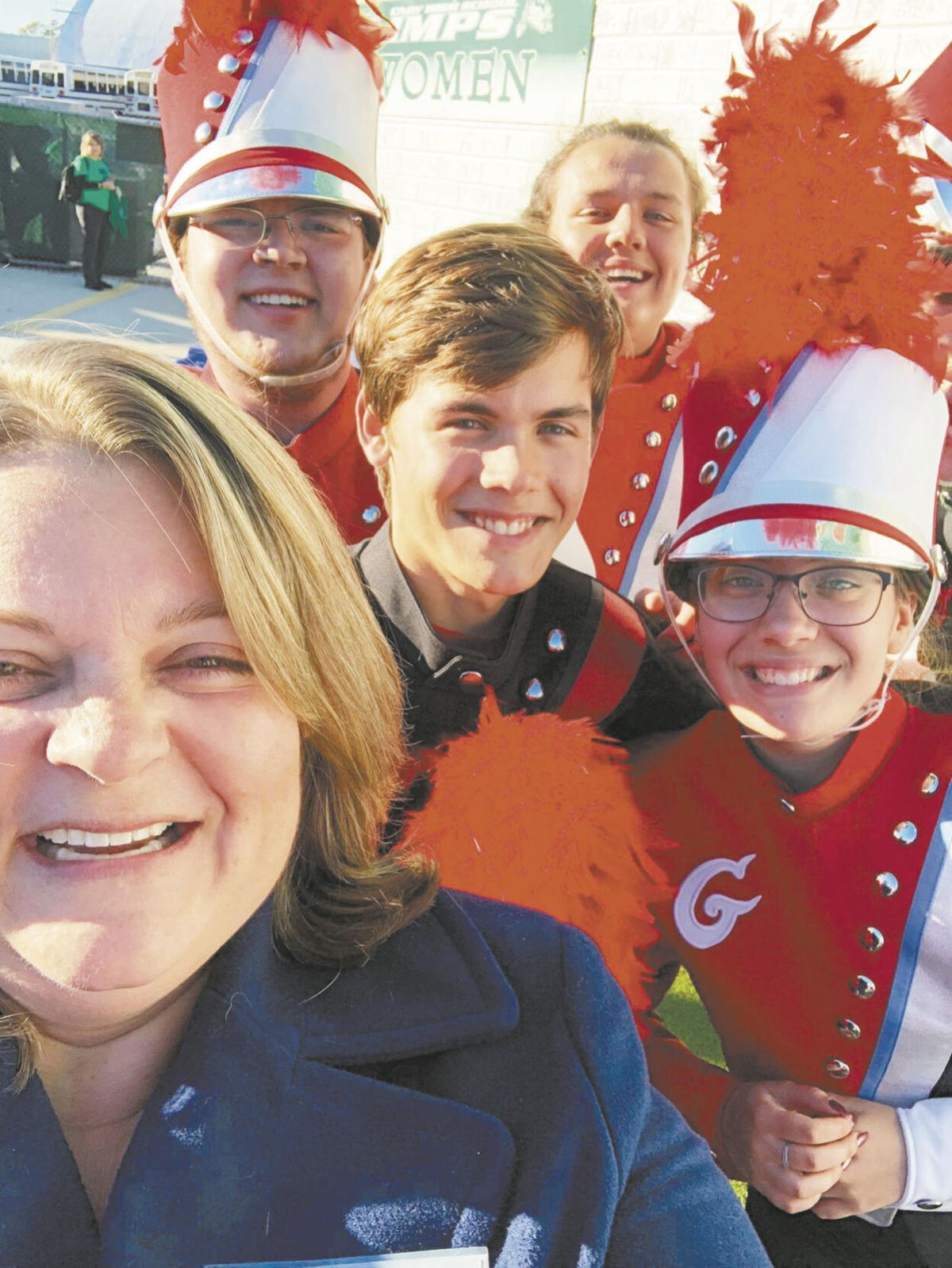 Leigh Morgan enjoys a smile with the Gates County band.

Leigh Morgan when she was a band member.

Leigh Morgan enjoys a smile with the Gates County band.

“There is music in every child. The teacher’s job is to find it and nurture it.” -Frances Clark

For Leigh Morgan it was not about just performing music, but teaching it too.

Morgan was born in Morganton, but when she was four years old her family moved to Corapeake.

“My dad’s family is from there, and they are farmers in the area,” she said.

According to Morgan, she started piano lessons in first grade.

“Elizabeth Barnes was my first piano teacher. I would take lessons after school,” she said.

“I went to a school that offered piano lessons during the day too. I also took those. The teacher would pull you out of class for 30-minute lessons,” said Morgan.

“I really enjoyed playing the piano. Our parents made me and my two siblings learn how to play,” she added.

As Morgan entered middle school, that is when she began to have an interest in playing in the school band. She started sixth grade at T.S.Cooper, and joined the band. Morgan decided to play the flute.

“I loved it. My family was very supportive. I was self-motivated so I found it easy to learn to play. Challenges didn’t bother me,” she said.

Band and playing the flute did not stop in middle school. Morgan continued playing throughout all four years at Gates County High School, including in the marching and concert bands.

According to Morgan, she participated in many competitions and events in high school.

“We would participate in events in Roanoke Rapids and Washington. We would also perform at the Edenton Peanut Festival each year,” she added.

When the time came to start thinking about college, Morgan knew she wanted to teach music.

“I come from a family of educators - college professors, school administrators and teachers. It was really important to me to go to school for music education. My dad tried to talk me out of it. He tried to talk me into being a math teacher or have a backup plan,” Morgan said.

She graduated from Gates County High School in 1998.

According to Morgan, music education degrees can be broken down with emphasis on many smaller categories. There is a degree for elementary music and secondary music, which is middle and high school. Music degrees can have emphasis on instrumental education, string or choral.

“If you went to school for all of it and didn't choose an emphasis, you would be in school forever,” she laughed.

While at Western Carolina University, Morgan performed with the “Pride of the Mountains Marching Band.”

“This band has grown and become a large band now. I take pride in knowing I was a part of the band even before it grew and became popular. We got the opportunity to perform during the Super Bowl Halftime Show. I am always proud that little me from Gates County had the chance to perform on the big stage,” said Morgan.

After two years at Western Carolina University, Morgan had to come back home to Corapeake due to ongoing trouble from developing carpal tunnel syndrome.

“I had to have surgery and therapy. It slowed me down from a semi-professional level. I still wanted to play, but I really wanted to teach music more than to play. I began to look at my options,” she added.

Morgan said she contacted Chowan University and talked with the school officials about her wish to still teach.

“Chowan University faculty were so supportive. They supported the dream that I still wanted to teach,” she continued.

Morgan spent the next two years living on campus at Chowan University. She still performed in the concert band.

She said she enjoyed the smaller classes and learned more indepth which helped her more with teaching. She was a member of Alpha Sigma Tau sorority.

“I was part of a philanthropic sorority, and we did a lot of giving back to the community. I got to have fun, meet new people and help others,” she said.

She completed her student teaching at John A. Holmes High School in Edenton under the direction of its band director, Lynn Hale.

Morgan said she was terrified when she started her student teaching.

“It was a supportive environment. Lynn helped me feel comfortable taking on the position. There were some struggles, but it was great to watch the program grow. After several years the program grew larger enough to hire a second band director for the school system,” she added.

Morgan spent the next several years building the number of students enrolled in band, helping bring excitement to the children and encouraging more competitions.

“We would go to competitions just for the judges to rate us. We would learn our mistakes, and work on improvements. We would then perform the song again,” she continued.

“I was laid off from my position. It was the year of the big teacher layoffs. The district decided to only have one band director position. The other teacher had tenure. The Human Resources department was very helpful. They knew Gates County Schools would be looking for a band director after the hiring freeze so someone sent them my resume.”

Morgan said Gates County was home, and she wanted to go home. She has been there since 2009.

“I was very proud to get the position. I wanted to instill in my students to be proud of where you come from and the importance of traditions. We brought back the idea of students in band having letter jackets.” said Morgan.

“I wanted to have more of a competing band. I had to build it up because I only started with three students,” she continued.

Morgan started a piano class, a guitar class and a choir. She said she wanted to find ways to reach out to other students who might not be interested in being in the band.

“I learned to play guitar on my own, not in college. I stepped out of my comfort zone,” she laughed.

Morgan has been at the middle school for the last two years.

“I thought I would only enjoy teaching high school because you get to make music. I have learned I really enjoy teaching the students from the beginning. There are so many moments where you see the lightbulb come on. It is more rewarding than playing pieces at a higher level,” she said.

Morgan has been teaching band class virtually since the beginning of the school year. She said she only had six beginners this year, which was a big decrease from 36 last year.

In her spare time Morgan still plays for fun. She also plays for weddings and funerals when asked. She likes to take her students to play with her when she can.

Morgan and the Central Middle School Band created a virtual Christmas concert due to COVID-19 restrictions.

The link to the concert is posted on the CMSVikingsBands Facebook page for viewing.

Leslie Beachboard is a former News Editor of the Bertie Ledger-Advance and a regular contributor to Eastern North Carolina Living.