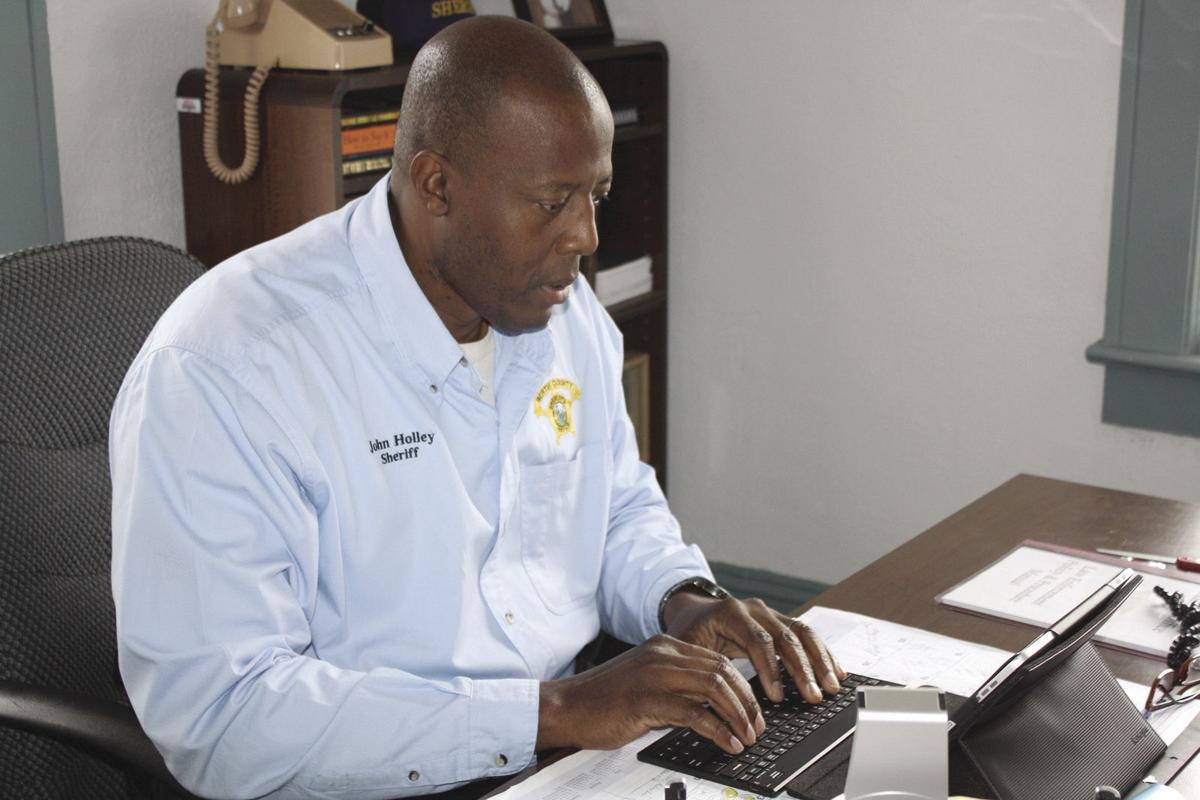 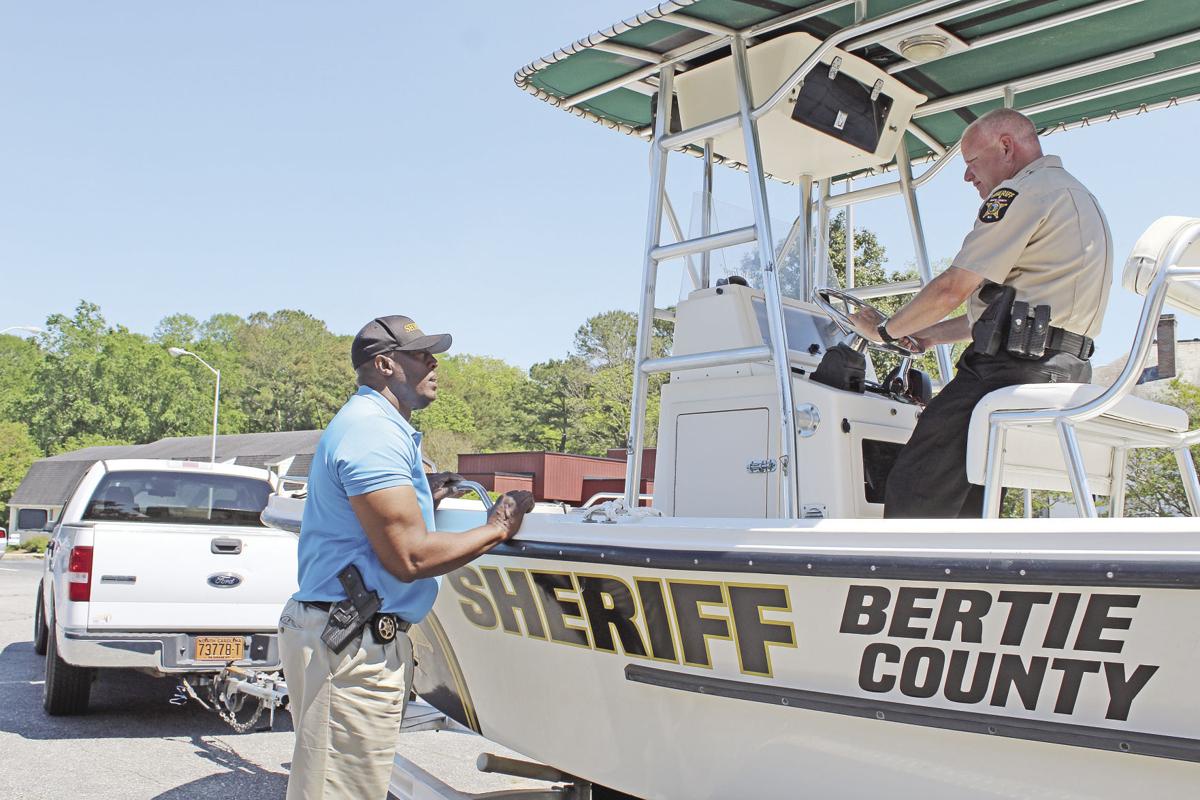 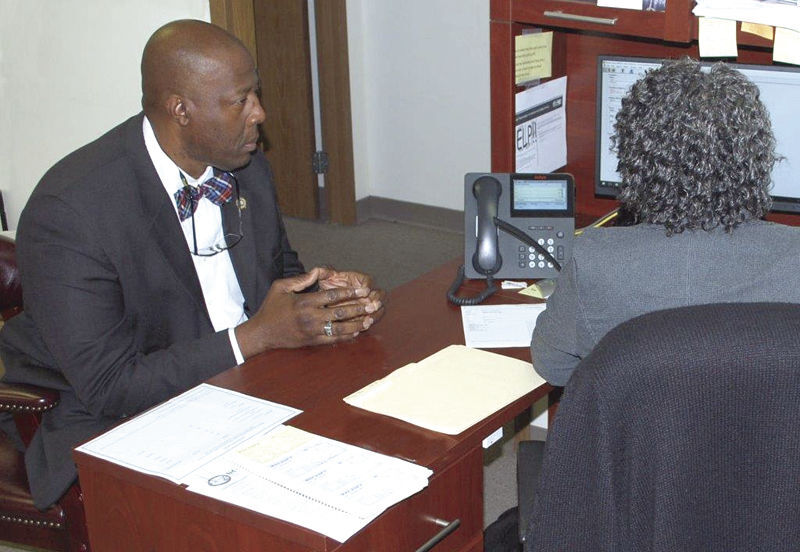 Sheriff John Holley fills out paperwork to run for re-election. 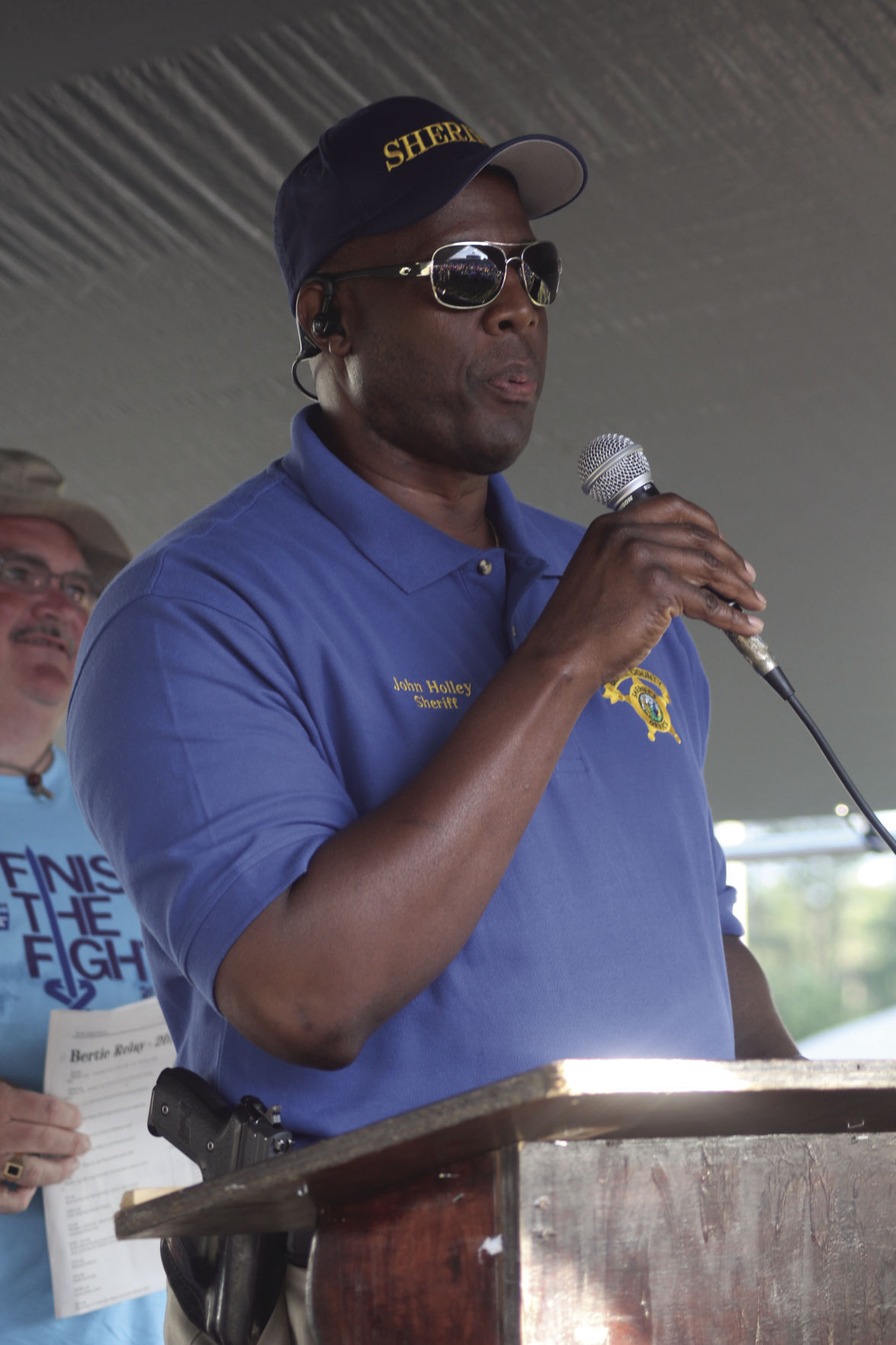 Sheriff John Holley fills out paperwork to run for re-election.

Many people remember that day in elementary school when the teacher asked, “what do you want to be when you grow up.”

For many, those career dreams as children faded as they went on to do many other things in life.

Not so for John Holley.

“I wanted to be a cop since I was in the first grade,” the Bertie County Sheriff said.

And, now more than 30 years into that chosen profession, he has never regretted his choice.

“I love it. It’s the only thing I know,” Sheriff Holley said. “I love Bertie County. I still say it’s the best county in the state. I’m not just saying that because I’m supposed to; I believe it with all my heart.”

In January, Holley celebrated 39 years in law enforcement, the past decade-plus of which has been spent as the county’s sheriff.

While he admits rural counties sometimes have struggles, the sheriff said he is proud of his home county and pleased to serve its citizens.

“The most rewarding part of being in law enforcement – and in my time as sheriff - has been serving the citizens of Bertie County,” he said. “I have really enjoyed being the Sheriff of Bertie County.”

While the role of sheriff has many duties, including managing a large staff and – in the case of the Bertie County Sheriff – overseeing 911 Dispatch, Sheriff Holley said his job comes down to something simple.

“My role is to protect and serve the citizens of Bertie County and to be there when they call or need me,” he said.

Like most sheriffs, Holley’s career began as a deputy. He has since worked through the ranks – serving as a patrol deputy, narcotics officer, detective, chief deputy and now sheriff.

During his rise through the ranks, he met officers who he believes helped him along the way. He credits retired Bertie County Sheriff J. Wallace Perry and former deputies Milton Morris, Donald Cowan and Steve Johnson for their tutelage.

He said their lessons include one he’s always remembered.

“You may not always have everything you need, but you do the best you can with what you do have,” he said.

Sheriff Holley is the only active officer who was on duty when the infamous Be-Lo murders occurred in Windsor in 1993. He said the case still haunts him, and is one of many he will never be able to forget.

“I have many cases that will always be with me,” he said. “These are the first three that come to mind.”

Working his way through the ranks, Holley became Chief Deputy in Bertie County upon the election of then-Sheriff Greg Atkins. He said Atkins taught him how to involve people in decision-making.

“He was never the kind to just make decisions without getting input,” Sheriff Holley said. “He truly taught me how people should work together.”

In February 2010, Atkins stepped down after announcing his plan not to seek re-election. Holley was then appointed to fulfill that term, and sought election later that year.

“I was thankful for the support the commissioners gave me in appointing me,” he said. “The election was even better. I can’t say how much I appreciate the trust of our citizens.”

In the decade-plus since his elevation to sheriff, Holley said he is proud to have seen the crime rate decrease in Bertie County, and is pleased with the number of murder and breaking and entering cases his office has solved.

The county has also been recognized as one of the top 10 safest counties in North Carolina under his watch.

In addition to his duties, Sheriff Holley has been a fixture in the community – serving with teen court, helping at Relay For Life and attending most every major function in the county. He was also one of the people recognized by the Windsor/Bertie County Chamber of Commerce for his law enforcement service.

When he was appointed, Holley became the first African American to serve as sheriff in Bertie County. He admits it has presented unique challenges in his tenure, but said he believes all people can and will come together for the good of citizens in Bertie County.

He is married to Floretta Holley, and the couple has two sons – Ron and John III – and two grandchildren – Jailyn and Jalaya. He lives in Merry Hill, where he was born and raised.

As he looks back over his career, Sheriff Holley said he is grateful for the opportunity to serve and proud of what he has accomplished.

When contemplating the word hero, he paused and gave it thought.

“Hero? I think I would say yes. I view all of the Bertie County Sheriff’s Office as heroes. We have a lot of hard-working individuals who sometimes aren’t appreciated for what they do, but we keep working tirelessly.”

It is the same tireless dedication their leader has shown his entire career – and one he continues to model as he heads towards four decades of service.