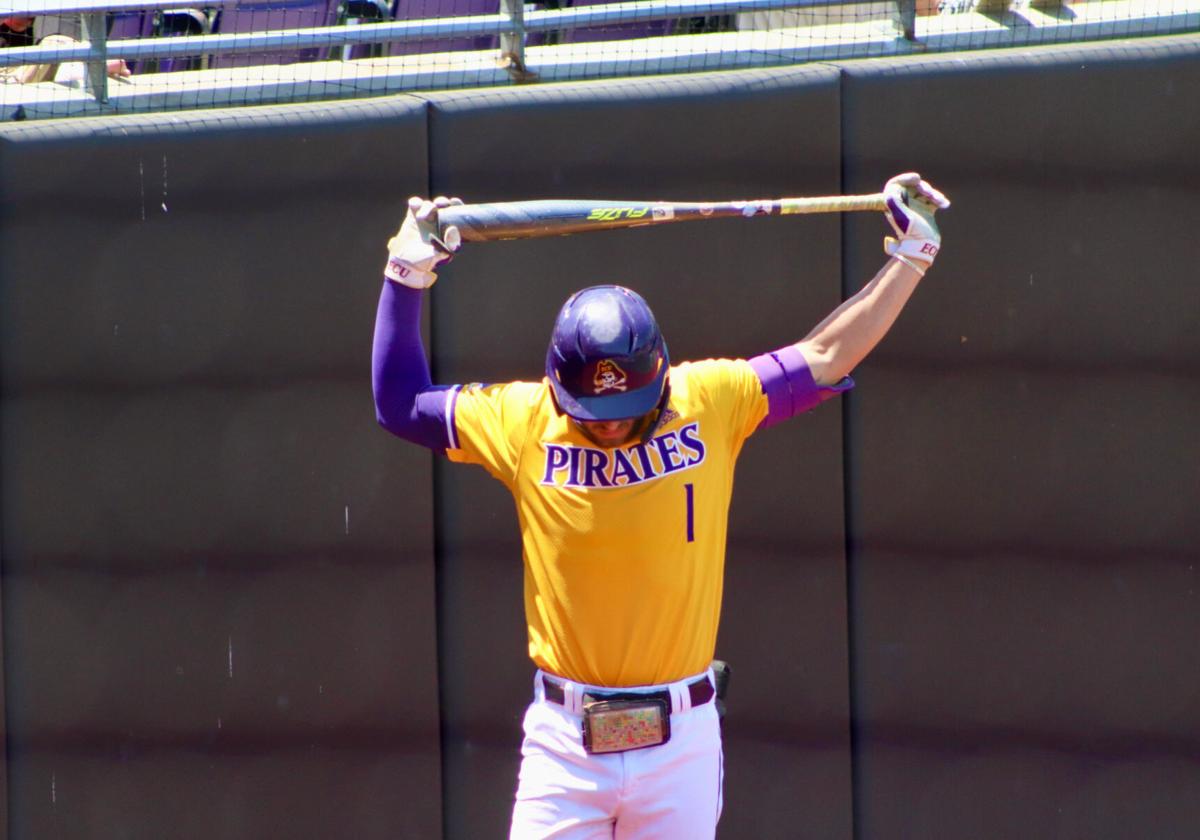 East Carolina leadoff hitter Connor Norby stretches with his bat near the ECU on-deck circle at Clark-LeClair Stadium on May 8. 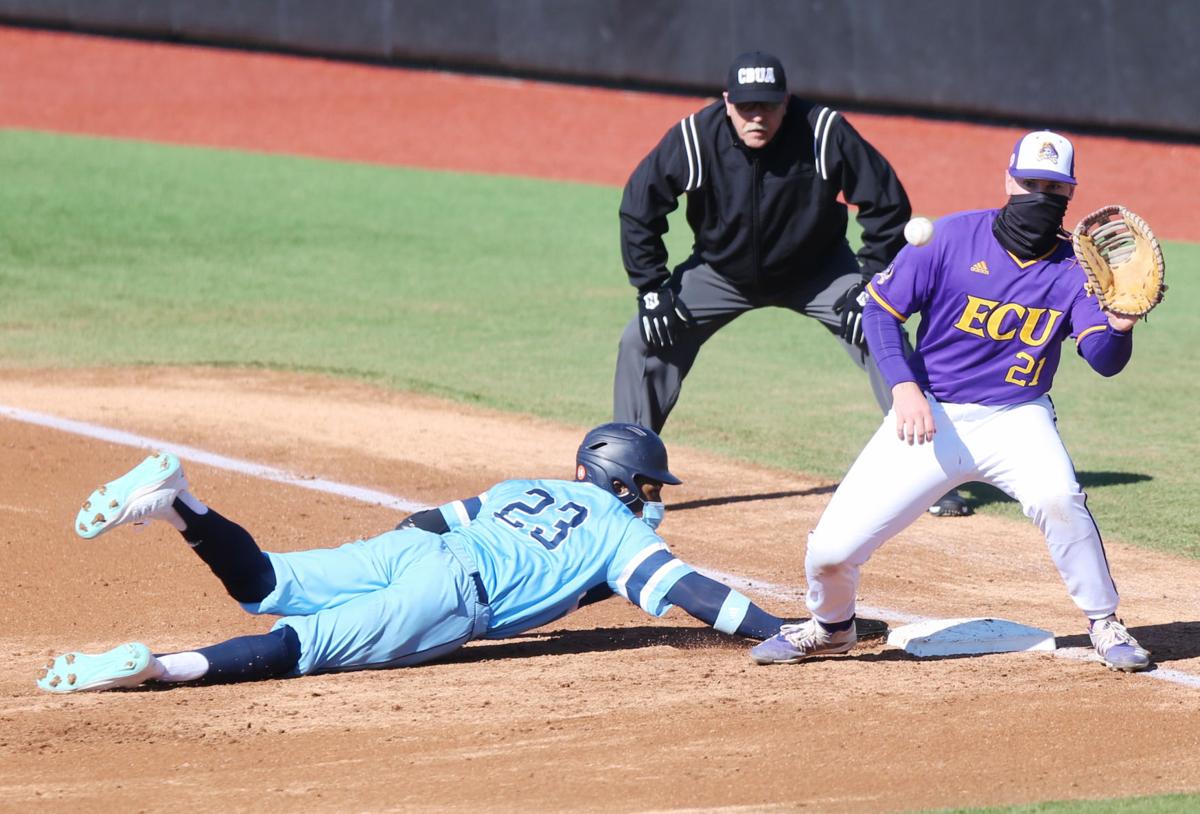 East Carolina’s Thomas Francisco (21) catches the ball at first base against Rhode Island at Clark-LeClair Stadium on Feb. 19.

East Carolina leadoff hitter Connor Norby stretches with his bat near the ECU on-deck circle at Clark-LeClair Stadium on May 8.

East Carolina’s Thomas Francisco (21) catches the ball at first base against Rhode Island at Clark-LeClair Stadium on Feb. 19.

Star power and a little luck can help teams during an NCAA baseball regional weekend.

When visiting Norfolk State faces East Carolina at noon on Friday at Clark-LeClair Stadium, the Spartans will see two of ECU's brightest stars in succession to begin the bottom of the first inning when Connor Norby serves as the Pirates' leadoff hitter followed by Thomas Francisco in the No. 2 spot of the lineup.

Not only are Norby and Francisco equipped with gaudy season statistics, like Norby's .424 batting average and 15 home runs, and that each player has scored 60 runs, but they are both in great stride heading into the NCAA postseason.

Norby, the American Athletic Conference's player of the year and an All-American candidate who has vaulted up Major League Baseball draft boards thanks to his steady and standout production this year, hit a total of three home runs last week in Clearwater, Fla., in five AAC tournament games.

"Norby has had a great year," Francisco said Monday. "It's probably one of the best I've ever seen."

Francisco, who has a .368 season batting average, also is swinging with plenty of confidence. He is on a four-game hit streak with at least one hit of five of the last six games, highlighted by a home run last Friday against Memphis and another the next day against UCF.

For Francisco and Norby to get to this point of consistency, their patience and mental toughness have been tested since they were wide-eyed freshmen in 2019. Batting behind them recently in the 3-hole has been either Josh Moylan or Seth Caddell.

"I always believed in Norby," said Francisco, who plays first base or left field. "When we were freshmen, we always talked about how we would need to step up one day. He's played so great and I'm so proud of him and the jump he's made from his freshman year to now."

Greenville Regional No. 2 seed Charlotte and No. 3 Maryland each have 60 home runs. Norfolk State has 24 with 27 allowed.

Norfolk's leading HR hitter is senior Korey Singh with seven, although his batting average is a paltry .165. Maryland boasts an imposing hitter in Benjamin Cowles, whose breakout campaign is buoyed by 17 home runs after three each in 2019 and 2020.

"I want our guys to play our brand of baseball, and I don't want them worrying about who we are playing," Pirate coach Cliff Godwin said. "I want us to play great baseball in front of our great fan base with The Jungle rocking and Clark-LeClair rocking."

Maryland, a Big 10 club, went 11-3 in May. Charlotte went 0-2 at the Conference USA tournament after a 39-17 record during the regular season, and the Spartans earned a bid to the Greenville Regional for its first-ever NCAA appearance by winning the Mid-Eastern Athletic Conference tournament for a 25-26 record. Norfolk's roster includes North Pitt High School graduate Phillip Boykin, who is a reserve outfielder/third baseman.

"Everyone is in control of their own destiny at this point," Francisco said. "If we go out there and play our best baseball, I really feel like we can make a deep run. We just have to do what we've been doing all year long and don't change anything up."