Log In Sign Up
You are the owner of this article.
Edit Article Add New Article
You have permission to edit this article.
Edit
News
Sports
Opinion
Features
Obits
Multimedia
Classifieds
e-Edition
Our Sites
Share This
1 of 4 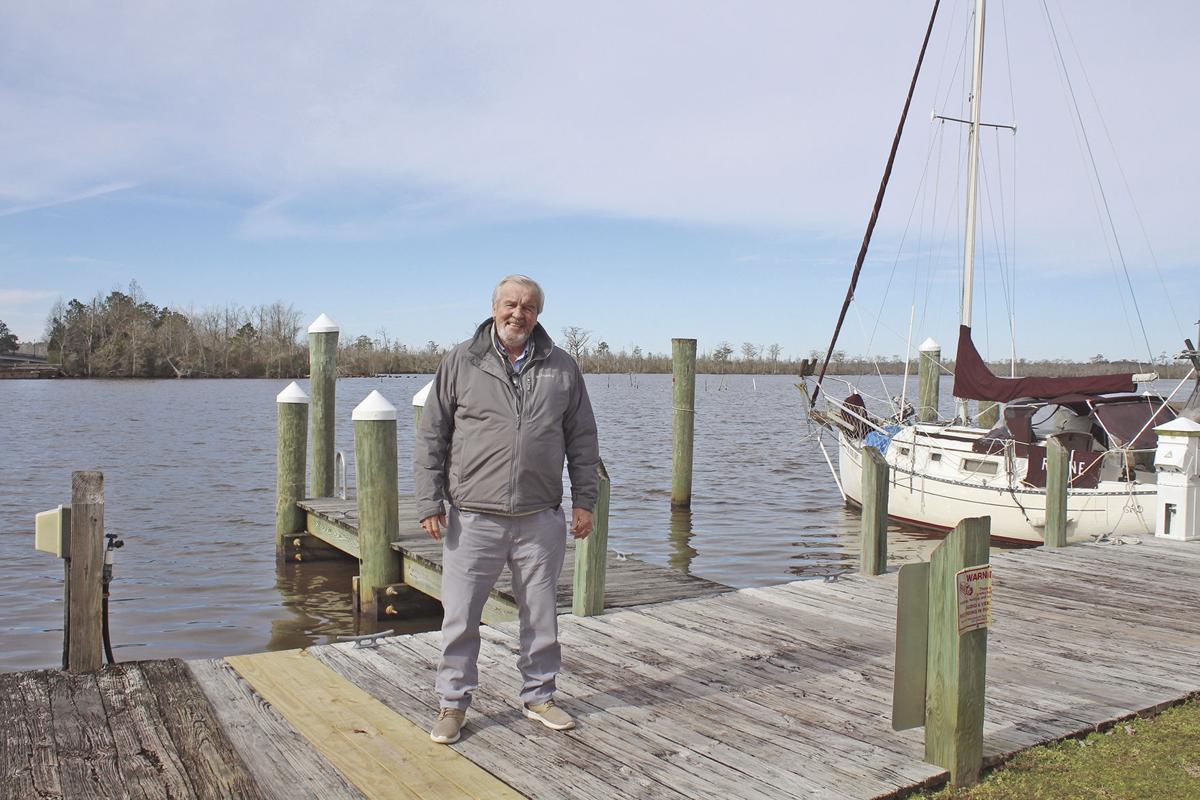 Columbia Mayor James Cahoon is shown at the town's waterfront. 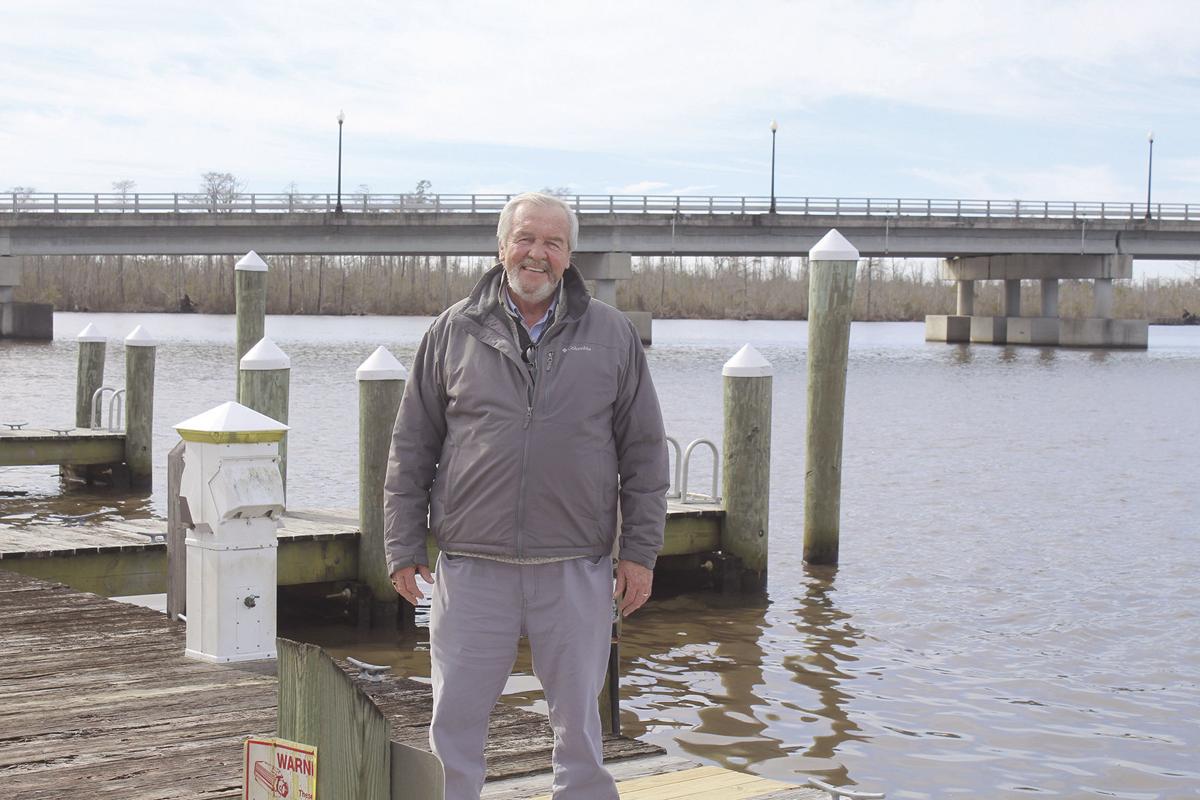 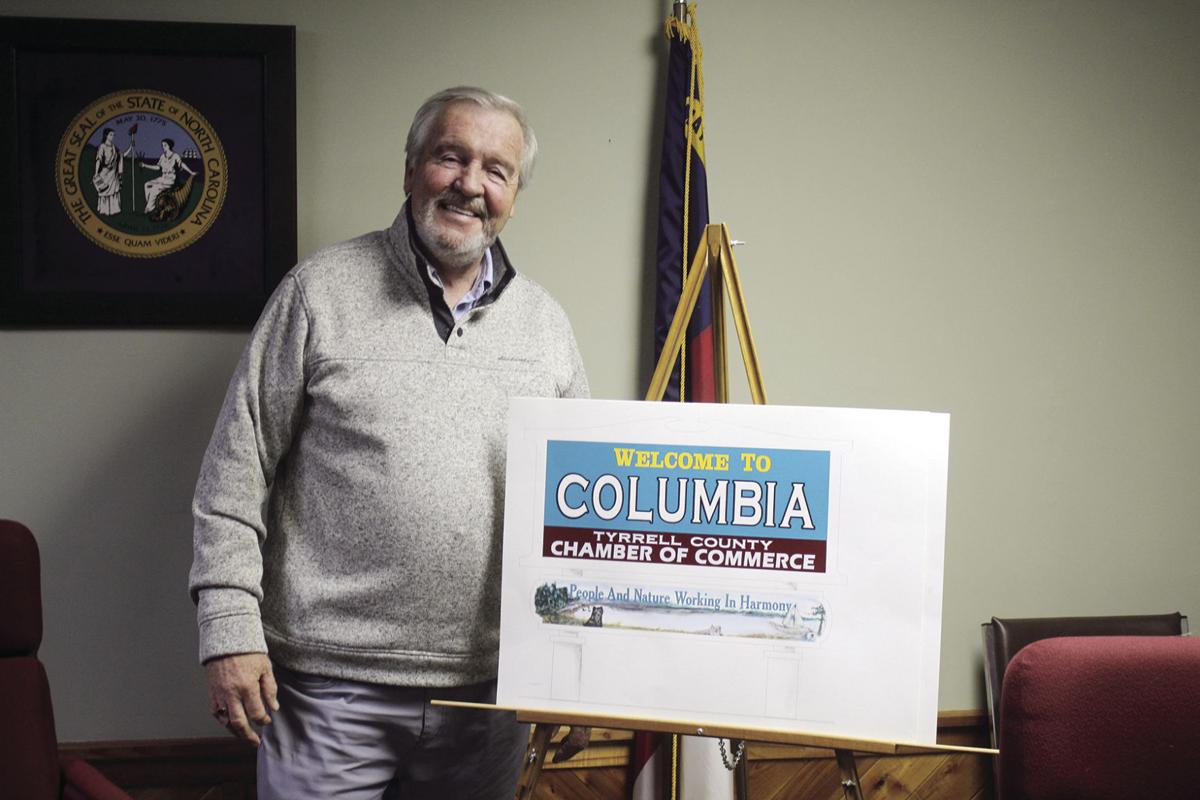 Columbia Mayor James Cahoon is shown at the town's waterfront.

COLUMBIA — The path of James Cahoon’s life has led him away from Columbia a few times.

It began with what he called a “nomadic” childhood which featured several stops in the town of Columbia, but also times of living in the communities of Soundside, Gum Neck and Alligator.

Later, it was the United States Army, Mt. Olive College, Atlantic Christian College and a few jobs that took his feet from the fine soils of Tyrrell County.

But, Cahoon – correctly the Honorable Mayor James W. Cahoon – said his heart never left the beauty, history and good people of his hometown of Columbia.

And, since his permanent return some 40-plus years ago he has been one of the town’s most prominent citizens and hardest working leaders.

For Cahoon it all began in the town of Columbia, where he worked in some of the shops, was educated in local schools and came to love the place he and his wife have called home for most of their adult lives.

After graduating from Columbia High School in 1970, Cahoon took what many would have considered an unusual step in his situation – he enlisted in the U.S. Army during the Vietnam War. But, he said he couldn’t get past his brother Glynn’s death in the war.

“Unfortunately, I would say I had a little chip on my shoulder,” he said.

While he intended to go to Vietnam and look for vengeance, God and the U.S. Army had other plans as he was stationed in Italy and never made the front lines of the war.

Upon his honorable discharge, Cahoon returned home working in a variety of jobs before deciding to go to Mt. Olive College – then a two-year institution – and following that up with a bachelor’s degree from Atlantic Christian College (now Barton) in Wilson.

Upon graduating, Cahoon became a juvenile court counselor and then went to work with the Free Will Baptist Children’s Home as Director of Family Services.

About a year after marrying the former Kathy Joy Brickhouse, also of Columbia, the couple headed home.

“We were both offered jobs with Tyrrell County Schools and we both wanted to get back home,” he said.

What followed was a career of which anyone would be proud. Cahoon served as the first Community Schools Coordinator for TCS before becoming a school counselor, assistant principal, principal, personnel director and Assistant Superintendent before retiring in 2009.

Cahoon said he was proud of his service, and that he reached the highest run of the ladder he aspired to.

“I never had interest in being a superintendent,” he said. “I didn’t care much for the political aspects of the job. I just enjoyed working with so many people who gave their all every day. I enjoyed my time in Tyrrell County Schools and I value it very much.”

While he was working full-time with Tyrrell County Schools, Cahoon was also volunteering as a member of the town of Columbia’s planning board – a post he held for more than two decades.

“I enjoyed doing that,” he said. “But, then I was asked to fill a position as an Alderman on the town board. I agreed and they appointed me to the seat. After that, I ran and was re-elected.”

After about six years on the board, Cahoon was approached by retiring Columbia Mayor Mike Griffin about seeking the role as mayor.

“He wasn’t going to run again and encouraged me to do that, so I did,” Cahoon said. He was elected and has never looked back – guiding the town through sometimes difficult waters to continue the hard work of those who went before him.

“It has sometimes been interesting,” Cahoon admits. “There are a lot of challenges when it comes to small towns and the political clout you have as mayor is small.

“But, I’ve always had an interest in speaking for the people who live here,” he added. “I want the people here to have the same quality of life they do in more urban areas.”

Cahoon said the reason he ran for mayor is to make a difference in the lives of others. It’s his way of giving back to people because he feels so many people have given to him.

“Columbia and Tyrrell County are good places to be,” he said. “There are a lot of people who have made such an incredible impact on me. I appreciate them and I want to try to make a difference the way they did for me.”

As he reflects on what makes Columbia such an excellent place to live, work and raise a family it is the people of the town that strike Cahoon the most.

“The people here are just good salt of the earth folks,” he said. “They love God, family and county. It’s a wonderful place to live.”

There is a laundry list of projects Cahoon says he and the people of Columbia have been blessed by, beginning with the work on the downtown waterfront which occurred from the 1980s on up thanks to grants.

“The grants have allowed us to do the things the plan and vision the people of our town have,” he said.

Cahoon is also immensely proud of Pocosin Arts, the museum located at the Columbia Theater and the Walter B. Jones Center for the Sounds. He credits a lot of the current and former mayors and alderman, as well as the work of Jackie Peoples for being instrumental in those projects.

“We are a place where arts and EcoBiology are growing and expanding,” he said.

The next project for Columbia? A hotel for people to stay as they visit the lovely small town or to stay while they visit Dare County, just across the Alligator River Bridge. The town and county are also pushing for the replacement of said bridge in the near future.

Cahoon filed for re-election recently as mayor of Columbia. He seeks another term unopposed.

As for other political offices? Not even a consideration, he says.

“I love Columbia and this is the only political role I can see myself in – as an advocate for this town and these people,” Cahoon closed.