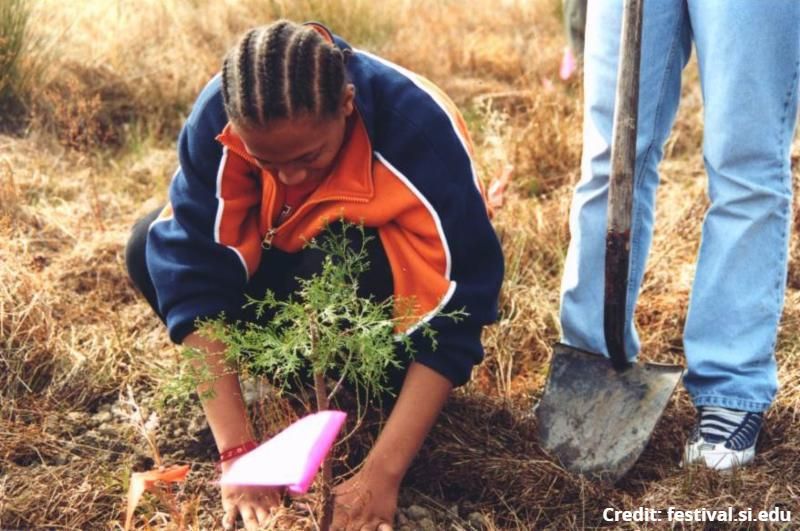 A student plants a tree in the Millennium Forest 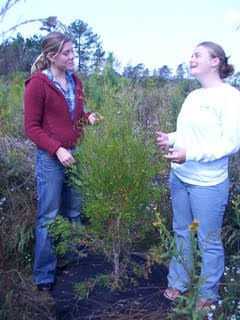 University of North Carolina Chapel Hill students talk around a tree in the Millenium Forest. 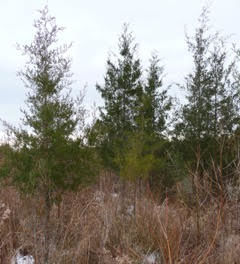 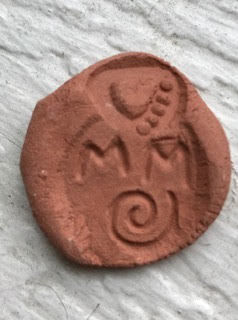 A clay marker for the Millennium Forest

Dave Kitts talks to school children during a tour in the forest.

A student plants a tree in the Millennium Forest

University of North Carolina Chapel Hill students talk around a tree in the Millenium Forest.

A clay marker for the Millennium Forest

Dave Kitts talks to school children during a tour in the forest.

COLUMBIA — An often-quoted Chinese proverb says: “The best time to plant a tree is twenty years ago. The second best time is now”.

Twenty years ago on March 20th, 2000, a small group began gathering beside a campfire in a field south of Columbia, within Pocosin Lakes National Wildlife Refuge. The group gathered to begin planting a forest, a Millennium Forest. This forest would become part of Pocosin Arts’ project 7,000 Juniper: An Art Action for the Millennium.

Artist Joseph Beuys’ art action, 7,000 Oaks served as the inspiration for the project. In the 1980s, Beuys successfully organized the planting of 7,000 oak trees throughout the war-ravaged cities of Germany.

Pocosin Arts created this project to engage the spirits of community members and in efforts to help restore the important Juniper trees. Carl Twarog and Eva Roberts, faculty members from the School of Art and Design at East Carolina University, created Forest’s design; an open circle at the center with concentric rings of juniper trees radiating beyond. The artists hoped that those who gather in the center of the Forest would leave with a respect for the trees and greater respect for ecology.

In preparation for planting the first trees in the Forest, those gathered that morning formed a circle around the campfire. Refuge Manager, Jim Savery held a tiny Juniper seedling. He asked each person to pass the seedling from one to the other and speak their thoughts about the tree, the forest, and the new millennium.

Dave Kitts, Assistant Refuge Manager, shared his experience in the military when he did not see land for 66 days. “What I missed most during that time were trees. Living without trees convinced me I wanted to spend the rest of my life working outdoors.” Willy Phillips, a local waterman and boat builder, talked about the beauty of Juniper and what a pleasure it is to work. As the seedling was passed around the circle others spoke of cycles of time, the endless cycle of renewal and the impact of a community working together.

Each planter was then handed a Juniper seedling and a small handmade clay millennium marker. Carol Lee, Pocosin Arts’ resident potter, had led her students in the creation of thousands of tiny clay discs marked with the letters MM, the Roman Numeral 2,000. The markers are meant to send a message to the future, a puzzle to be solved perhaps in the third millennium, revealing much of the people who lived here in the year 2000.

The Millennium Forest has been growing for 20 years. Today it is a community of Juniper, Swamp Maple, Sweet Gum, Bay, Pine, and Myrtle. It is a habitat for songbirds, deer, bears, foxes, raccoons, turtles, and snakes. It holds water that would flow into rivers and streams. It stores carbon that would float in the atmosphere. It provides cooling shade on seven acres of land. Though some of the tiny seedlings are now 30 feet tall, the forest is not yet ready for visitors. Young forests include dense thickets making strolling through the forest nearly impossible.

Many of those involved with the Millinneum Forest have a story of their own to tell and many of the children have children of their own. What do they tell about this special place? What do they tell about the little clay marker they placed beneath a juniper tree? The trees are growing their own stories, we invite you to contribute yours. Please share your stories and photos on the Instagram page #7000juniper or email forest@pocosinarts.org. It is these stories that contribute to the richness of the region’s history.