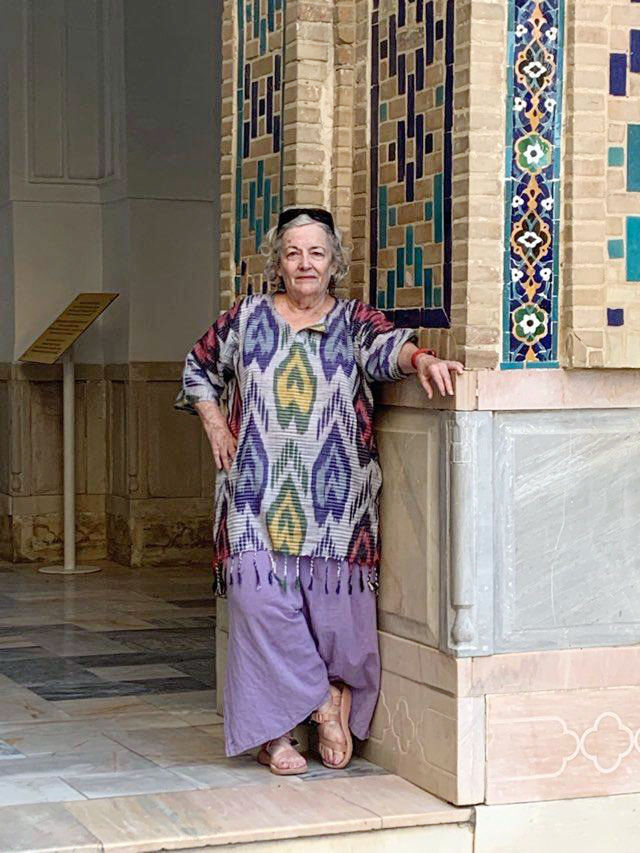 Kitty Johnson in Uzbekistan during her travels. 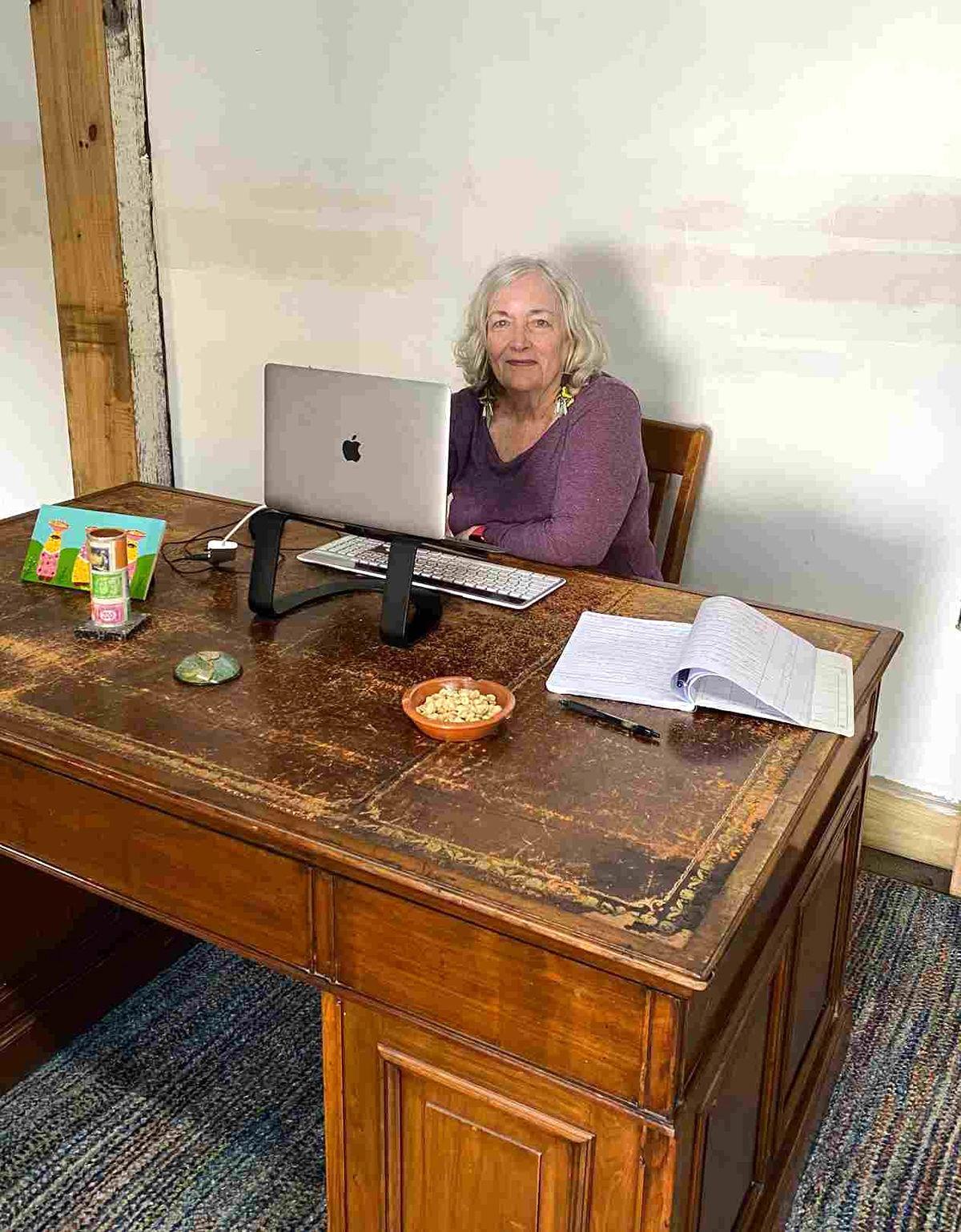 Kitty Johnson in Uzbekistan during her travels.

That is only a small tidbit of Kitty Johnson’s résumé. A departing writer-in-residence at the Peanut Factory in Edenton, she is a globetrotter and teacher who came to coastal North Carolina to work on her upcoming memoir: “Coddiwomple.”

The Peanut Factory, a 20,000-square-foot building on Badham Road, kickstarted in 2013 as the host of a nonprofit artist residency program. Since then, numerous artists, painters and sculptors have called Edenton home as resident artists.

Johnson, 75, is the Factory’s ninth artist in residence and arrived in October. Graduating from Wilmington College in Ohio in 1967 with a bachelor’s degree in English, Johnson returned to school in 1992 at California State University, Los Angeles to pursue a master’s degree in teaching English as a second language (TESOL) and anthropology.

Her career across the world took off from there and she began her odyssey by moving to Austria to produce programs for American studies and TESOL curriculums.

Noting the “late start” in her traveling career, she did not begin her adventures until she was in her 50s.

That didn’t stop Johnson though, who kept herself on the move right up until the onset of the COVID-19 pandemic.

Hosting a Zoom call forum for both community members and those abroad, the Peanut Factory introduced Johnson and held a question and answer session alongside a memoir excerpt reading.

Julia Townsend, co-Director of the Peanut Factory, put on the event alongside Terry O’Neil. Shelly Ridder, cross-cultural trainer and guest host, took the reins of the Q&A session.

Highlighting Johnson’s trek across the world, Ridder inquired how Johnson’s early career as a playwright helped influence her love for writing stories.

“I’ve always loved theater when I was in high school, college and beyond,” Johnson said. “I spent most of my time originally in theater, on stage or working some craft position backstage.”

She ultimately worked on her own plays and submitted one to the Los Angeles Actors Theatre, becoming a playwright in residence in the 1980s.

Johnson credits her ability to craft dialogue and compose story structure to her initial outing as a playwright, years ago.

In regards to teaching overseas, Johnson said she originally wanted to join the Peace Corps when she was younger, but obstacles stood in the way.

Johnson later spoke at length about her time living in Uzbekistan in the late 1990s.

Staying in Bukhara, Uzbekistan’s fifth-largest city, Johnson told the audience how she became known as the “woman on the bicycle” in a city where women usually did not ride bicycles.

The bicycle was also her segue into integrating with the local society, making friends and contacts.

“I bought a shiny blue bicycle at the bazaar …. they only had bikes for boys but that was okay,” Johnson said. “A couple of local boys got to ride the bike in exchange for helping me bring it up to my apartment. From there I was able to branch out and meet other people.”

A few years later, someone met Johnson at an English language teacher’s conference in another country. That person had worked in Bukhara with the Peace Corps and heard the stories of Johnson on her bicycle.

Her reputation had begun to precede her.

Amazingly enough, Johnson was finally able to accomplish her lifelong goal of joining the Peace Corps herself, joining in August 2019. Her newfound pursuit took her to the volcanic archipelago of Comoros, in the Indian Ocean.

Covid-19 eventually forced the evacuation of foreigners from the islands and Johnson returned home, where she eventually received an invitation from Townsend to join the Peanut Factory.

While in Edenton, Johnson notes that her time at the Peanut Factory inspired her to write nearly every day and accomplish quite a bit in the way of her book.

“It’s given me a mid-work push to finish this up eventually,” Johnson said. “Edenton is a wonderful place to just walk around and see the architecture. The weather was perfect. Learning more about the Inner Banks and the Albemarle Sound was great and I want to go back.”

While it is unknown when her book — a collection of her travel stories — will be complete, the title: “Coddiwomple,” is drawn from an online post she saw on Facebook one day.

The definition of the word is simple: “to travel in a purposeful manner towards a vague or unknown destination.”

Johnson says it resonates with her.

“The title fits because I don’t really have a beginning, middle and end. I’ve never had an end goal over these 25 years,” she said.