Skip to main content
Log In Sign Up
You are the owner of this article.
Edit Article Add New Article
You have permission to edit this article.
Edit
News
Sports
Opinion
Features
Obits
Multimedia
Classifieds
e-Edition
Our Sites
Share This
1 of 4 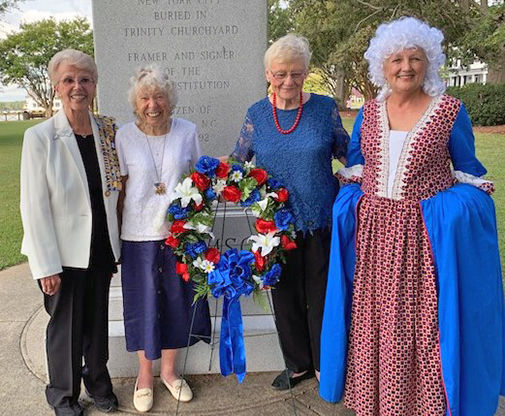 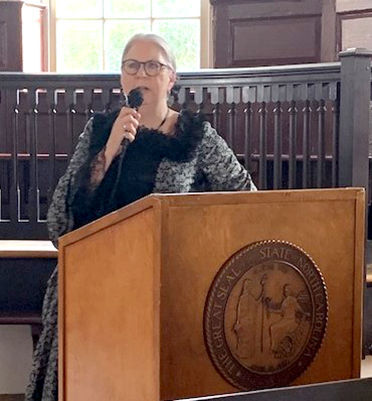 Annette Wright speaks about Hugh Williamson and the Constitution. 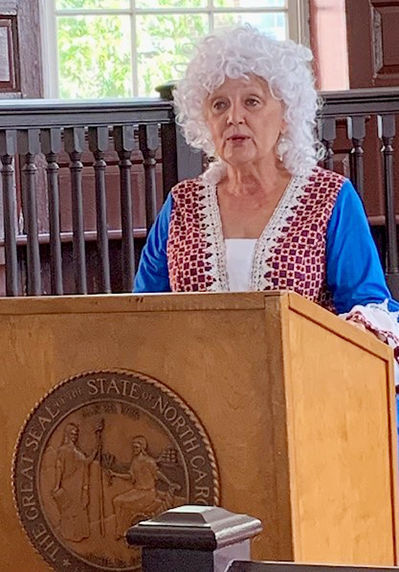 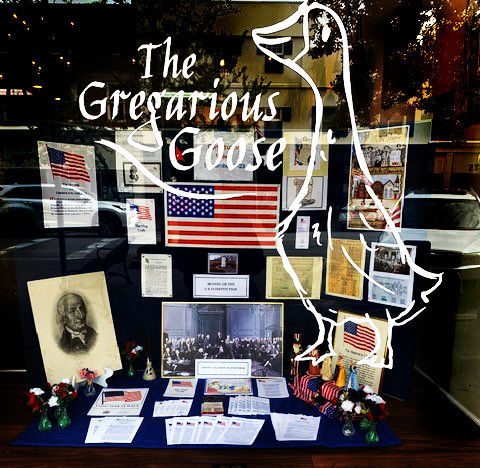 The Constitution Week display was shown in the window of The Gregarious Goose.

Annette Wright speaks about Hugh Williamson and the Constitution.

The Constitution Week display was shown in the window of The Gregarious Goose.

The Constitution of the United States was celebrated on Sept. 18 at the Historic 1767 Chowan County Courthouse.

The Edenton Tea Party Chapter of National Society of the Daughters of the American Revolution (NSDAR) hosted the 66th annual observance of Constitution Week.

The program featured Annette Wright, the Edenton Tea Party Chapter’s 2020 Community Service Award winner, as guest speaker. She provided biographical information about three North Carolina signers of the U.S. Constitution – William Blount, Richard Dobbs Spaight and Hugh Williamson. She focused on Williamson, who was a resident of Edenton when he signed the document.

The event began with a welcome by Sandra Sperry, the Edenton Tea Party Chapter Regent. She was followed by the posting of colors by the John A. Holmes JROTC and the Pledge of Allegiance led by chapter member Virginia Wood.

Deborah Spence, a member of the Edenton Tea Party chapter, spoke about the history of the Hugh Williamson monument before Rev. White provided the benediction.

There was also a wreath-laying ceremony at the Williamson Monument.

NSCAR Past President General Gertrude S. Carraway, an honorary state regent, was responsible for the annual designation of Sept. 17-23 as Constitution Week.

The National Society of the Daughters of the American Revolution was founded in 1890, and is headquartered in Washington, D.C. It is a nonprofit, non-political volunteer women’s service organization dedicated to promoting patriotism, preserving American history and securing America’s future through education for children.

Any woman who believes she may be eligible for membership should contact Edenton Tea Party Membership Chair Beth Taylor at 252-482-3592 for additional information.