You are the owner of this article.
Edit Article Add New Article
Marketplace
News
Opinion
Sports
Features
Obituaries
Multimedia
Classifieds
Our Sites
Share This
1 of 4 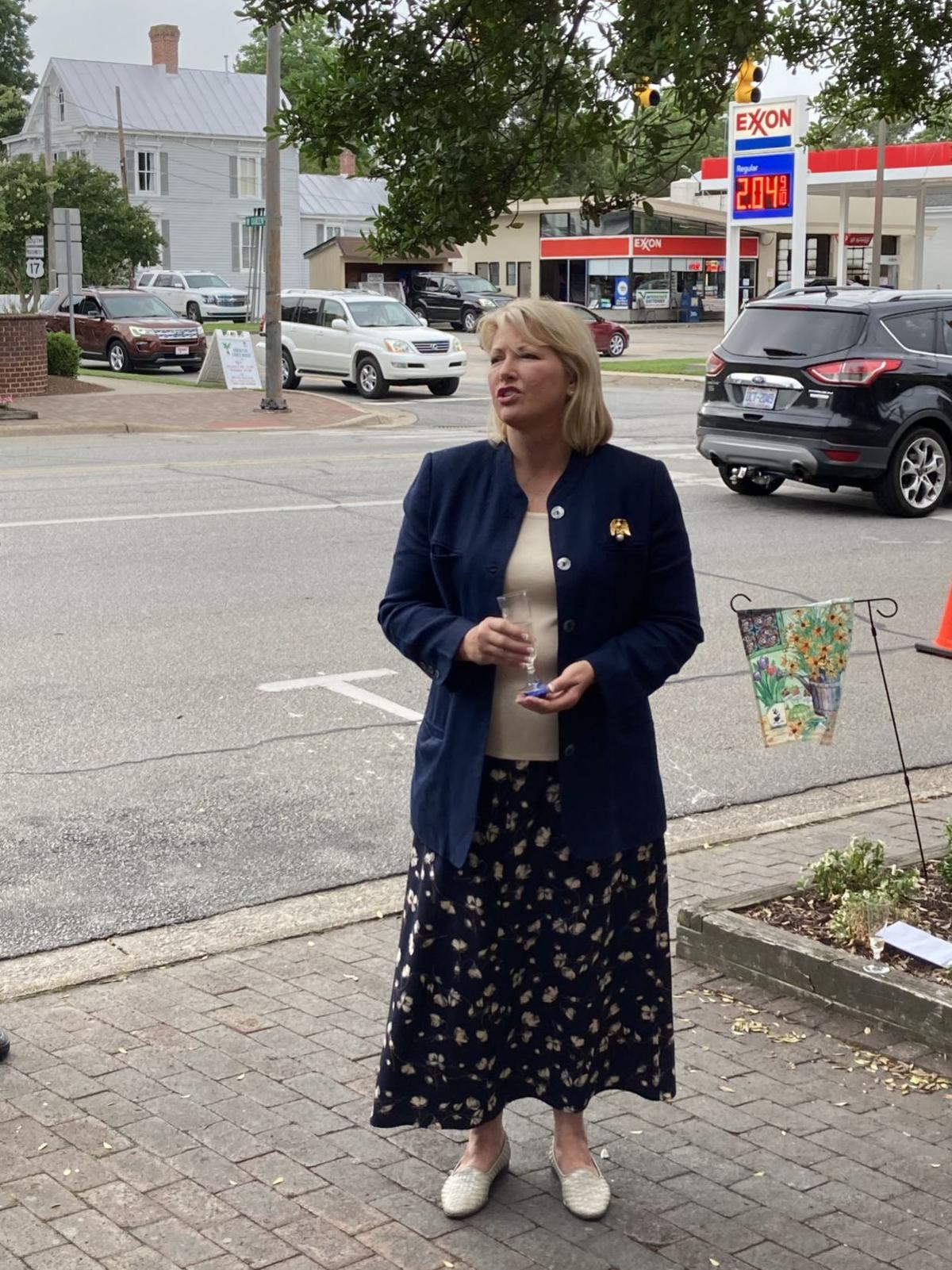 Owner Rae Ohlert talks about Edenton IT during the store's grand opening and ribbon-cutting Thursday, June 11. 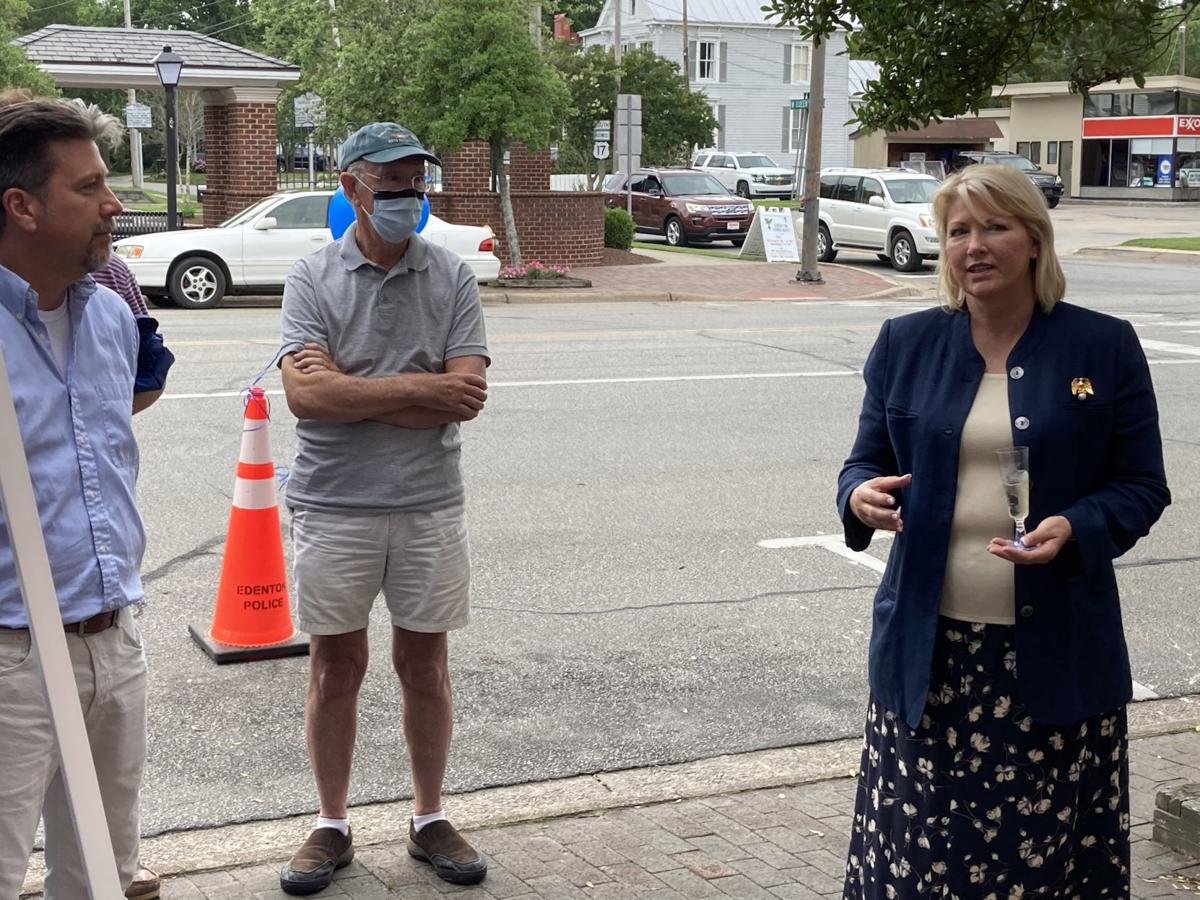 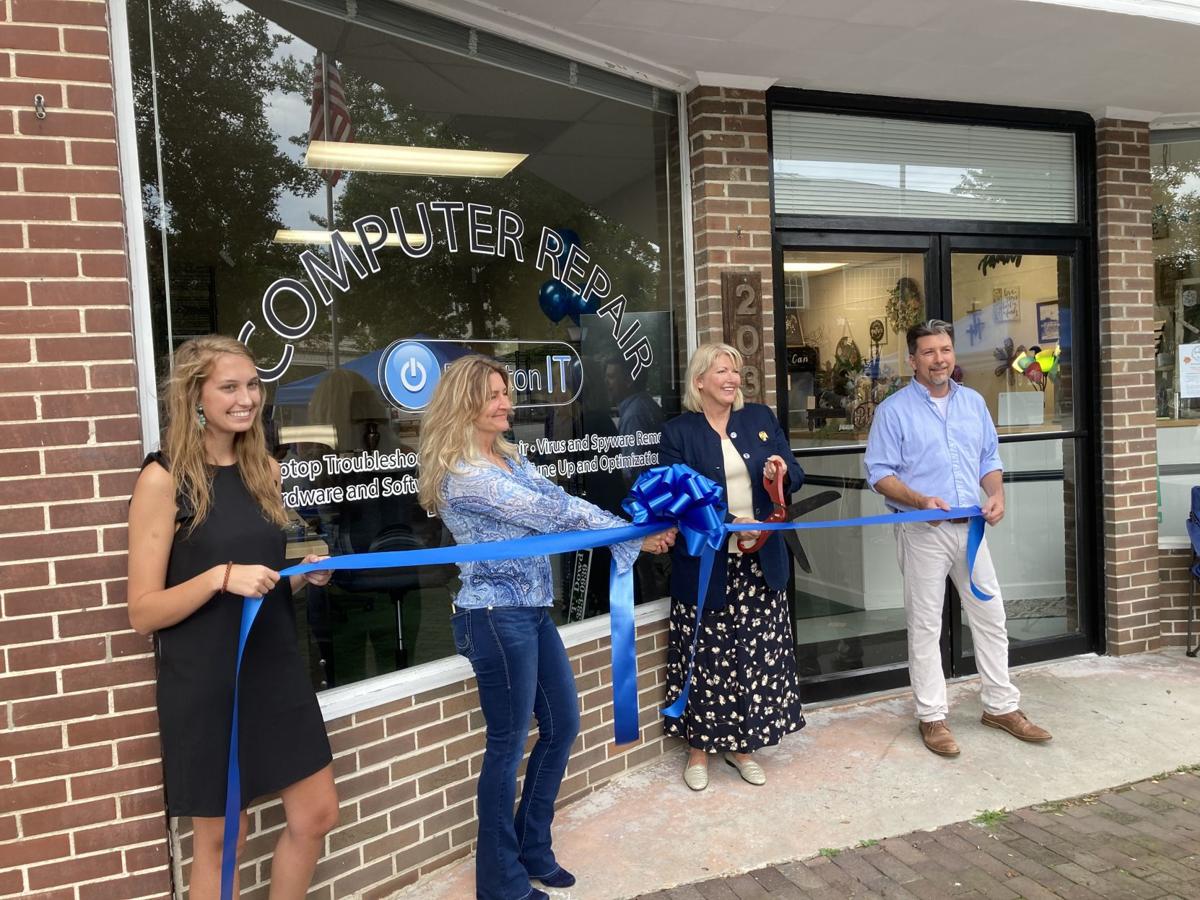 Ribbon-cutting for Edenton IT. 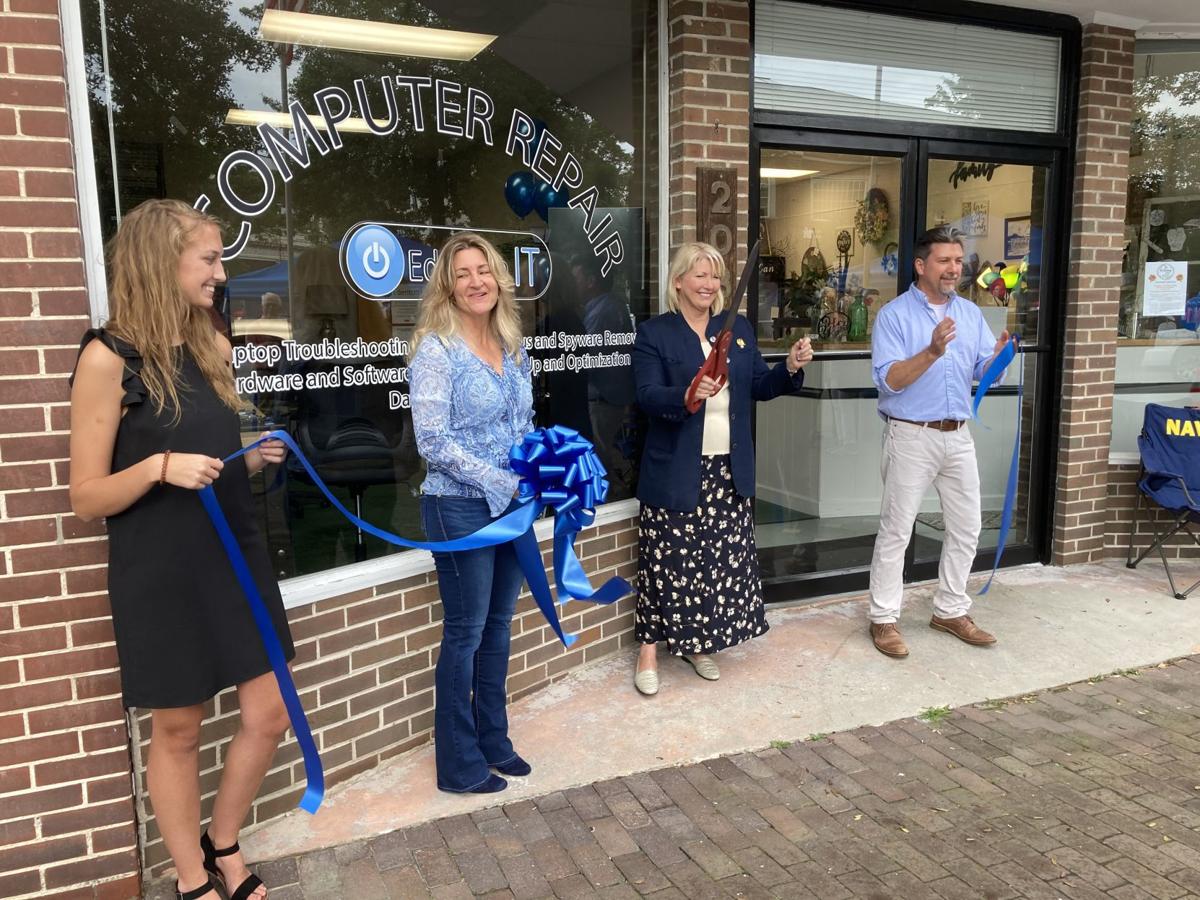 Owner Rae Ohlert talks about Edenton IT during the store's grand opening and ribbon-cutting Thursday, June 11.

Ribbon-cutting for Edenton IT.

A new business offering computer repair and more has opened its doors in downtown Edenton,

Edenton IT, located near the corner of South Broad Street and East Queen Street, held a grand opening and ribbon-cutting Thursday, June 11, with the help of Edenton-Chowan Chamber of Commerce.

The business is in a shared space with the Watering Can, which will have its own ribbon-cutting ceremony today, June 18, at 5:30 p.m.

Chamber Executive Director Win Dale noted that it has been a while since downtown Edenton had a technology-based business.

“We know it has been a while since we’ve had a computer business, and we hope it’s going to be real successful,” he said.

Mayor Jimmy Stallings noted how John Dowd, who owns the building, pitched his idea of having a flexible office rental space in downtown Edenton.

“I think it’s genius, and it gives people the opportunity to start a small business,” he said. “We like that the building is now occupied.”

Rae Ohlert and her husband Edward Ohlert started Edenton IT to help support themselves and their staff in case something happened to their other business, Eagle Horizon Group, which is a government contractor.

Both Ohlerts are veterans of the U.S. Navy.

During the 2018 government shutdown, her company’s employees still had to go to work but the government workers who processed their invoices didn’t. To prepare in case such an event happened again, the Ohlerts met with the other company officials to discuss other options to keep the company afloat. Eagle Horizon Group’s Chief Information Officer Lincoln Varian does most of the repair work.

Rae Ohlert, who acted as the company’s spokeswoman during the ceremony, noted that the pandemic affected their business some, but they’re “doing all right.

“It’s nice to not be totally supported by the federal government,” she said.

In a separate email, Ohlert noted that Edenton IT, originally scheduled to open in March, was forced to postpone the grand opening due to COVID-19. “However, having a working computer is more important than ever for folks working from home of just being isolated with nothing to do, so we posted an Open by Appointment Only sign and have been meeting people here for drop offs and consultations.”

As far as the company’s capabilities go, Varian said they can quite simply resolve any issues on any computer system. Desktop, laptop or tablet regardless of age, make or model. Some of the more common issues are computers running slowly, computers that won’t boot after a Windows update, virus removal, cracked screens and installation of RAM or hard drive upgrades.

“We can also recover lost data due to hard drive failure, computer failure or just accidental deletion,” he said. “We hope there is enough of a need here in Edenton and surrounding areas to keep us busy and sometime in the near future we plan to add phone support to our list of serviceable offerings.”