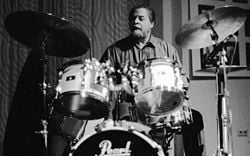 Jimmy Cobb, whose career spanned from the last 1950s until his death last year, performs on the drums in this undated photo. Cobb played drums for a number of famous vocal performers but he’s probably best known as the drummer for the Miles Davis band. 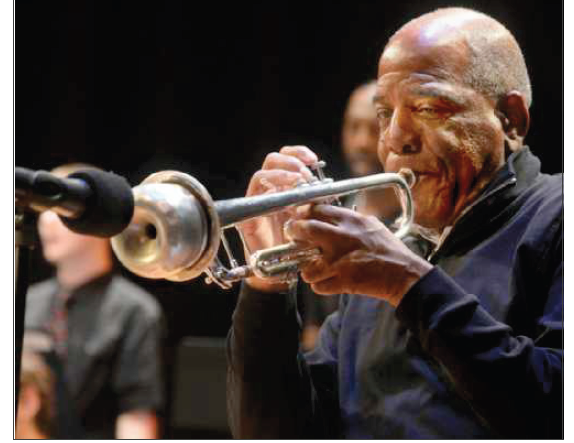 Jimmy Cobb, whose career spanned from the last 1950s until his death last year, performs on the drums in this undated photo. Cobb played drums for a number of famous vocal performers but he’s probably best known as the drummer for the Miles Davis band.

In the course African-American Music History, which he has taught at Elizabeth City State University several times over the past decade, associate professor of music Douglas Jackson gets to talk a lot about Black musicians.

This month, he’s spotlighting the life and career of Jimmy Cobb, a drummer from Washington, D.C., whose career spanned from the late 1950s until his death last spring.

According to Jackson, the story of Cobb’s 60-year career provides key insights about the history and evolution of the American music industry.

“Cobb played in the 1950s and 1960s in bands that made a living traveling and performing for live audiences,” Jackson said. “Those were also the years when jazz musicians gathered in one place, at one studio to record an album live.”

“You could rely on them to do things right the first time,” he said. “They had that sense of being fresh and rhythmic. Cobb (himself) was a good time keeper.”

Whether as a member of a band or freelance drummer, Cobb often had one of the best seats in the house for some of music history’s iconic performances. During filmmaker Stanley Nelson’s recent documentary, “Miles Davis: Birth of the Cool,” Cobb described how Davis recorded “Kind of Blue,” one of the best-selling jazz albums of all time.

Cobb recalled how Davis, an accomplished trumpeter, composer and band leader, didn’t arrive at Columbia studios in New York with sheet music for the album’s recording sessions. Davis instead arrived with sketches of what he wanted to record, and allowed the extraordinary performers he had assembled to expound on his framework.

“People that don’t even like jazz like that album,” Cobb recalled. “Every decade or so there’s new people talking about ‘Kind of Blue.’ That’s what started me to listening to jazz music.”

Jackson, himself an accomplished trumpeter, noted jazz bands in the 60s drew crowds of people who wanted a listening experience. Fans who lived in northern states had more upscale jazz halls than their southern counterparts. Dance halls were more prevalent in the south, he said.

The 1950s to the 1970s was a period of transition for the music industry, Jackson said.

“Musicians witnessed the end of big band (era), the end of Bee Bop, and Miles Davis’ entrance to ‘cool jazz,’” he said. “Those were Cobb’s early performance days when musicians didn’t receive hefty contracts that assured them royalties from their studio recording sessions.”

“They couldn’t rely on the session work to generate income so they had to tour constantly,” he said. “Some guys were good at managing their money and some were not. That proved to be another challenge for developing young musicians who had high ambitions.”

Cobb would leave Davis’ band in 1963 to work as part of a trio that also included Chambers and Kelly.

Cobb and his colleagues performed at a time that the marketing of music was also changing. Record companies, relenting to demands from influential musicians like Davis, began featuring Black recording artists, their bands, attractive Black women and dance scenes on the artists’ album covers.

According to Jackson, this was an important chapter in the history of African American music because it loosened the then-powerful grip record companies had on performers’ music and how it was promoted. Fans of Black recording artists at the time mostly tuned into radio stations to hear their favorite bands, trios and vocal performers. Television shows were slowly putting Black performing artists on the air.

Cobb would go on to head his own band in the 1980s. Then over the next 20 years, he released albums featuring colleagues he had performed with later in his career. According to a National Endowment for the Arts website, Cobb also later taught master classes at the Stanford Jazz Workshop, the New School for Jazz and Contemporary Music and the University of North Carolina at Greensboro.

At the time of his death on May 24, 2020, Cobb was the sole survivor of the famed band that recorded “Kind of Blue.” During lectures, Jackson describes Cobb’s work as simply iconic.

“Young musicians who play the drums must realize they are not the center of attention,” he said. “Their job is to establish and to keep time. Cobb understood that.”