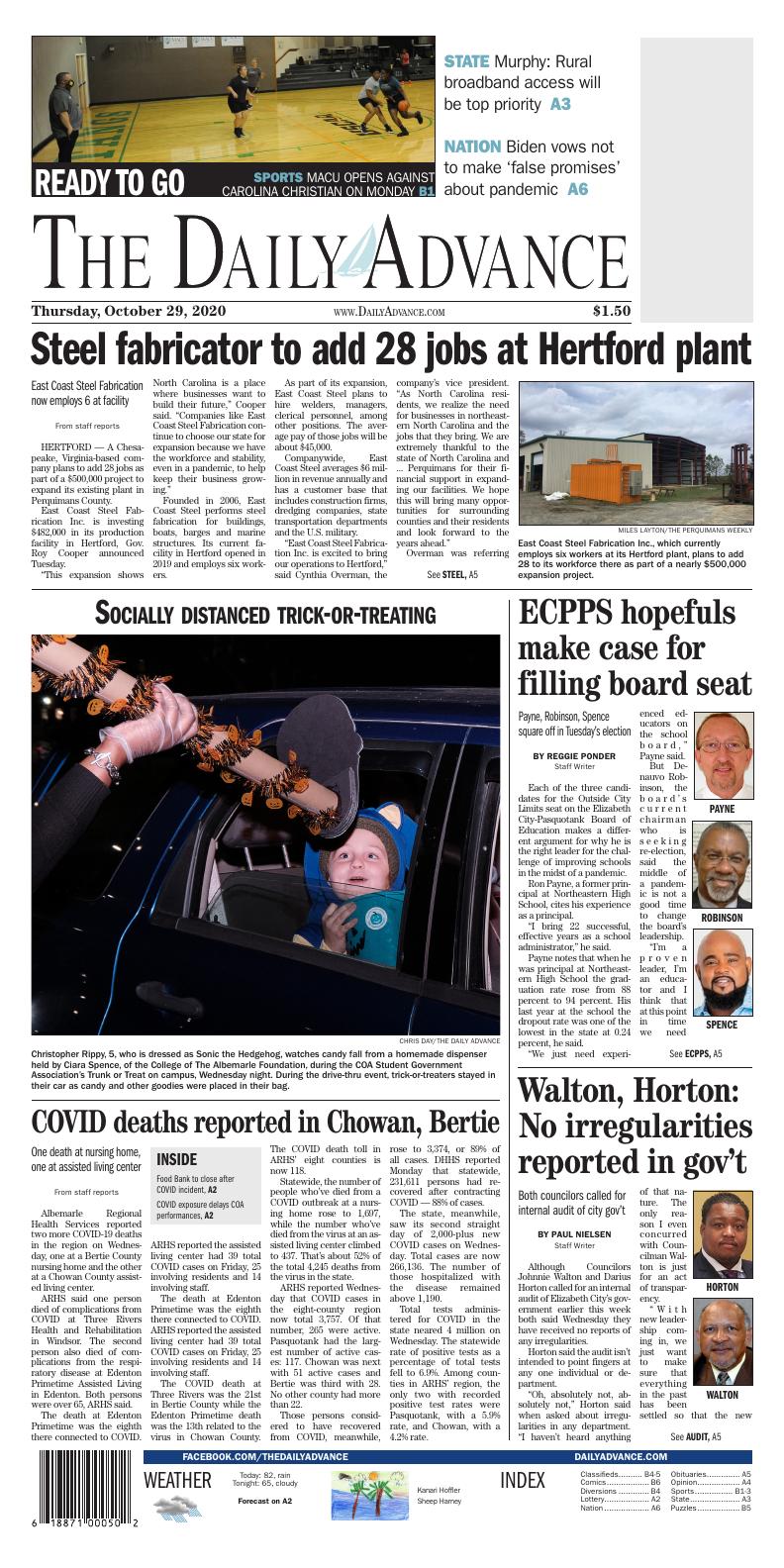 East Coast Steel Fabrication Inc., which currently employs six workers at its Hertford plant, plans to add 28 to its workforce there as part of a nearly $500,000 expansion project.

HERTFORD — A Chesapeake, Virginia-based company plans to add 28 jobs as part of a $500,000 project to expand its existing plant in Perquimans County.

“This expansion shows North Carolina is a place where businesses want to build their future,” Cooper said. “Companies like East Coast Steel Fabrication continue to choose our state for expansion because we have the workforce and stability, even in a pandemic, to help keep their business growing.”

As part of its expansion, East Coast Steel plans to hire welders, managers, clerical personnel, among other positions. The average pay of those jobs will be about $45,000.

“East Coast Steel Fabrication Inc. is excited to bring our operations to Hertford,” said Cynthia Overman, the company’s vice president. “As North Carolina residents, we realize the need for businesses in northeastern North Carolina and the jobs that they bring. We are extremely thankful to the state of North Carolina and ... Perquimans for their financial support in expanding our facilities. We hope this will bring many opportunities for surrounding counties and their residents and look forward to the years ahead.”

Overman was referring in part to the state’s Commerce Department, which assisted in East Coast Steel’s decision to expand in North Carolina.

Helping facilitate East Coast Steel’s expansion was a $60,000 performance-based grant issued by the One North Carolina Fund. The fund provides financial help to local governments to help attract economic investment and create jobs. Companies receive no money upfront and must meet job creation and capital investment targets to qualify for payment. The grants also require a matching grant from the local government. 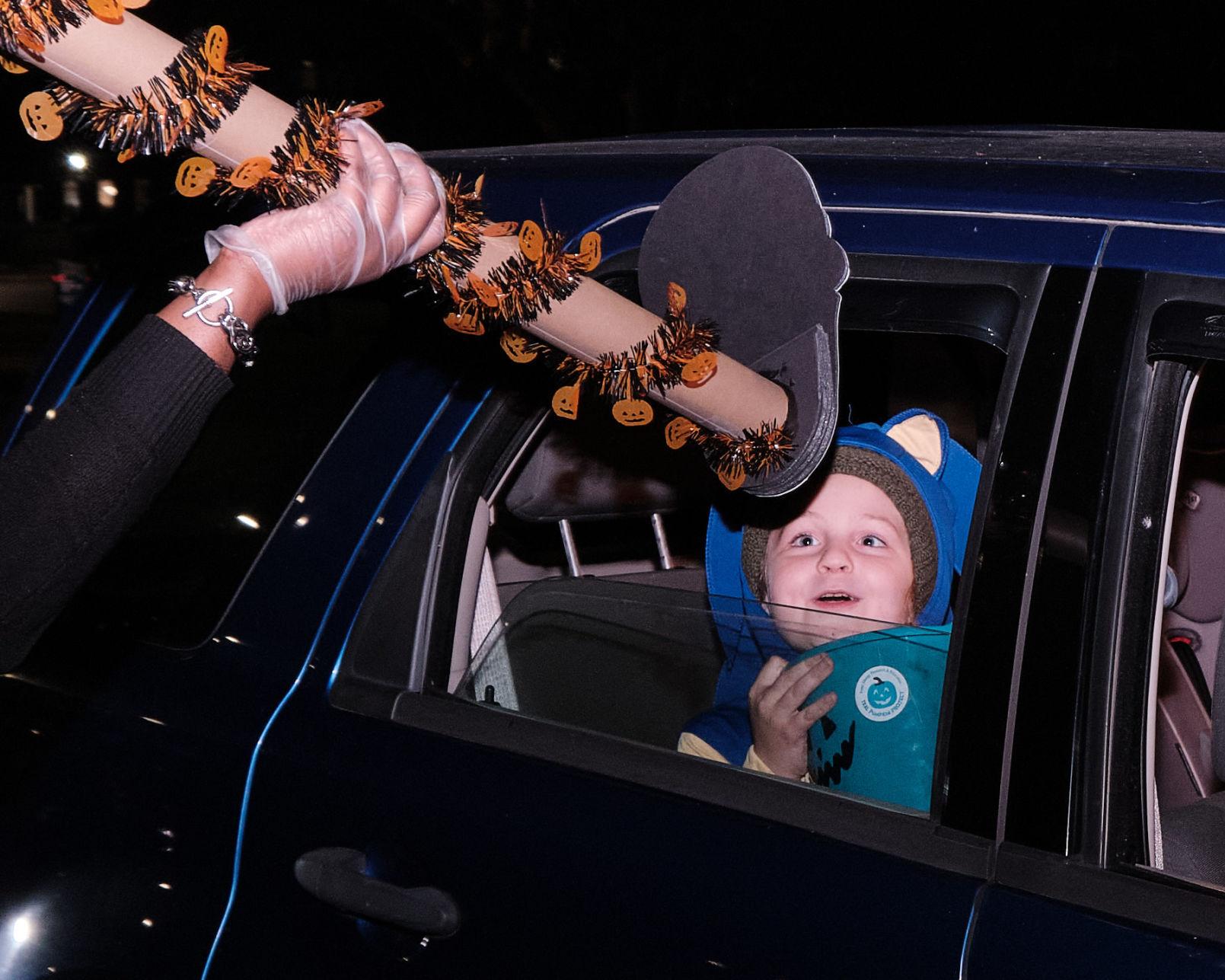 Christopher Rippy, 5, who is dressed as Sonic the Hedgehog, watches candy fall from a homemade dispenser held by Ciara Spence, of the College of The Albemarle Foundation, during the COA Student Government Association’s Trunk or Treat on campus, Wednesday night. During the drive-thru event, trick-or-treaters stayed in their car as candy and other goodies were placed in their bag.

Albemarle Regional Health Services reported two more COVID-19 deaths in the region on Wednesday, one at a Bertie County nursing home and the other at a Chowan County assisted living center.

The death at Edenton Primetime was the eighth there connected to COVID. ARHS reported the assisted living center had 39 total COVID cases on Friday, 25 involving residents and 14 involving staff.

The death at Edenton Primetime was the eighth there connected to COVID. ARHS reported the assisted living center had 39 total COVID cases on Friday, 25 involving residents and 14 involving staff.

The COVID death at Three Rivers was the 21st in Bertie County while the Edenton Primetime death was the 13th related to the virus in Chowan County. The COVID death toll in ARHS’ eight counties is now 118.

ARHS reported Wednesday that COVID cases in the eight-county region now total 3,757. Of that number, 265 were active. Pasquotank had the largest number of active cases: 117. Chowan was next with 51 active cases and Bertie was third with 28. No other county had more than 22.

Those persons considered to have recovered from COVID, meanwhile, rose to 3,374, or 89% of all cases. DHHS reported Monday that statewide, 231,611 persons had recovered after contracting COVID — 88% of cases.

The state, meanwhile, saw its second straight day of 2,000-plus new COVID cases on Wednesday. Total cases are now 266,136. The number of those hospitalized with the disease remained above 1,190.

Total tests administered for COVID in the state neared 4 million on Wednesday. The statewide rate of positive tests as a percentage of total tests fell to 6.9%. Among counties in ARHS’ region, the only two with recorded positive test rates were Pasquotank, with a 5.9% rate, and Chowan, with a 4.2% rate. 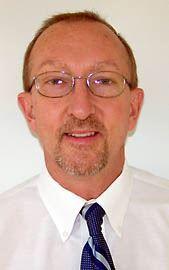 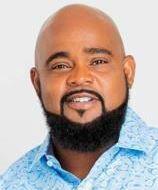 Each of the three candidates for the Outside City Limits seat on the Elizabeth City-Pasquotank Board of Education makes a different argument for why he is the right leader for the challenge of improving schools in the midst of a pandemic.

Ron Payne, a former principal at Northeastern High School, cites his experience as a principal.

“I bring 22 successful, effective years as a school administrator,” he said.

Payne notes that when he was principal at Northeastern High School the graduation rate rose from 88 percent to 94 percent. His last year at the school the dropout rate was one of the lowest in the state at 0.24 percent, he said.

“We just need experienced educators on the school board,” Payne said.

But Denauvo Robinson, the board’s current chairman who is seeking re-election, said the middle of a pandemic is not a good time to change the board’s leadership.

“I’m a proven leader, I’m an educator and I think that at this point in time we need continuity on the board,” Robinson said. “Changing in the middle of this situation could be detrimental to the forward movement of the school system.”

Robinson said Elizabeth City-Pasquotank Public Schools had a smooth transition from the classroom to the cloud in March when schools were ordered to stop in-person learning because of the COVID threat and switch to remote instruction. The transition went well and district leadership learned a lot from the experience, he said.

Robinson also said scheduling exams for high school students before Christmas was a good change and one he had championed.

Daniel Spence, a local pastor and business owner, said he has a heart for students and for all people, particularly as they navigate the challenges of the pandemic.

He said he has a daughter who’s a student in ECPPS and he knows a number of educators who work for the district. He said he wants what is best for students and staff alike.

“I’m going to have their best interests at heart,” Spence said.

The three candidates are vying for Robinson’s Outside City Limits seat in Tuesday’s general election.

Robinson said that in responding to the COVID-19 pandemic, ECPPS has kept safety at the forefront.

Spence said he is reluctant to second-guess how school officials have handled the pandemic response and the recent return to in-person learning for students in grades pre-K through 5.

“This is new for everyone,” he said.

But Spence said he is glad to see students back in classrooms.

“I am excited that they have opened it back up now,” Spence said.

Some students really need face-to-face instruction, Spence said. And some students need to be involved in sports in order to stay focused, he added. So he’s glad to see some sports beginning to come back.

“I’m excited to see where they are now,” Spence said.

Payne said safety has to be considered but the focus needs to be on getting all students back in the classroom.

“We need to open the schools safely for everybody,” he said. “We lost a lot of instructional time. We need to get kids back in schools.”

“Remote learning is tough,” he said.

Robinson said online learning actually works better for some students. And the number of students who thrive through online learning is higher than school officials might have originally thought, he said.

Spence said the key is to listen to classroom teachers.

“I think one of the best things they can do to improve remote learning is to really, really get the opinions of the educators who are actually teaching the children during this season,” Spence said. “We need to consult those who are actually doing the job right now.”

Spence said paying close attention to those actually in the classroom is always the best approach.

“Just be open and communicate,” Spence said. “We need to listen to people and hear the concerns.”

Referring to his opponents, Payne said both are great candidates.

“One has a great heart but no experience with education,” Payne said. “The other is the (school board) chairman and has watched the district go backwards.”

Robinson said remote learning has improved since it began. He said teachers have gained experience as they have gleaned the best practices from around the country.

“We’re raising what we’re doing to the next level,” Robinson said.

Robinson said one bad thing about the extended period of remote learning this year is that school leaders won’t know how much ground students have lost academically until later. That is going to be a challenge, not just in ECPPS but across the country, he said.

Payne said ECPPS desperately needs consistency of leadership. He noted the district has had two superintendents and an interim superintendent in three years.

ECPPS has been losing too many principals, assistant principals, teachers and students to surrounding school systems, Payne said.

“We need to make a change to where people will want to stay in our school system,” he said. Consistency in leadership will help with that, he said.

“That is going to be a really strong thing for us as we move on,” Robinson said. Teachers will return when they see stability and improving schools, he added.

Payne said Northeastern always met or exceeded state expectations when he was principal. All schools in ECPPS should do that every year, he added.

“It goes back to consistency in leadership throughout the district,” Payne said.

Local
Councilor's call for audit, but have heard no reports of irregularities

Although Councilors Johnnie Walton and Darius Horton called for an internal audit of Elizabeth City’s government earlier this week both said Wednesday they have received no reports of any irregularities.

Horton said the audit isn’t intended to point fingers at any one individual or department.

“Oh, absolutely not, absolutely not,” Horton said when asked about irregularities in any department. “I haven’t heard anything of that nature. The only reason I even concurred with Councilman Walton is just for an act of transparency.

“With new leadership coming in, we just want to make sure that everything in the past has been settled so that the new manager) doesn’t inherit any issues under his watch,” he said.

Walton and Horton’s call for an internal audit came after City Council voted to name Enfield Town Administrator Montre Freeman as the city’s next city manager. Freeman will start on Jan. 19, succeeding former City Manager Rich Olson who left the city in August to become a town administrator in Texas.

Earlier this month, Walton said council needed an internal audit in the “places where there have been changes” because employees just don’t leave for no reason.

Walton again called for an audit Monday but said Wednesday he has heard “nothing at all” about any irregularities in city government.

“I think it is a good best practice to do this process before there is a new city manager,” Walton added.

Horton also said at Monday’s meeting that council needs to make sure that anything that happened before Freeman takes over has been “dealt with and exposed.”

Interim City Manager Eddie Buffaloe, the city’s chief of police, told council he will bring back details of a possible internal audit for council’s consideration at its Nov. 9 meeting.

Councilor Chris Ruffieux said he wants to see what Buffaloe brings to council before making a decision on the issue.

“I’m not saying I’m against it, but I don’t fully understand what type of audit Mayor Pro Tem Walton and Councilor Horton are asking for,” Ruffieux said. “I can say if I was coming into the position (of city manager), I would rather ramp up on my own instead of (having) something being handed to me by a third party.” 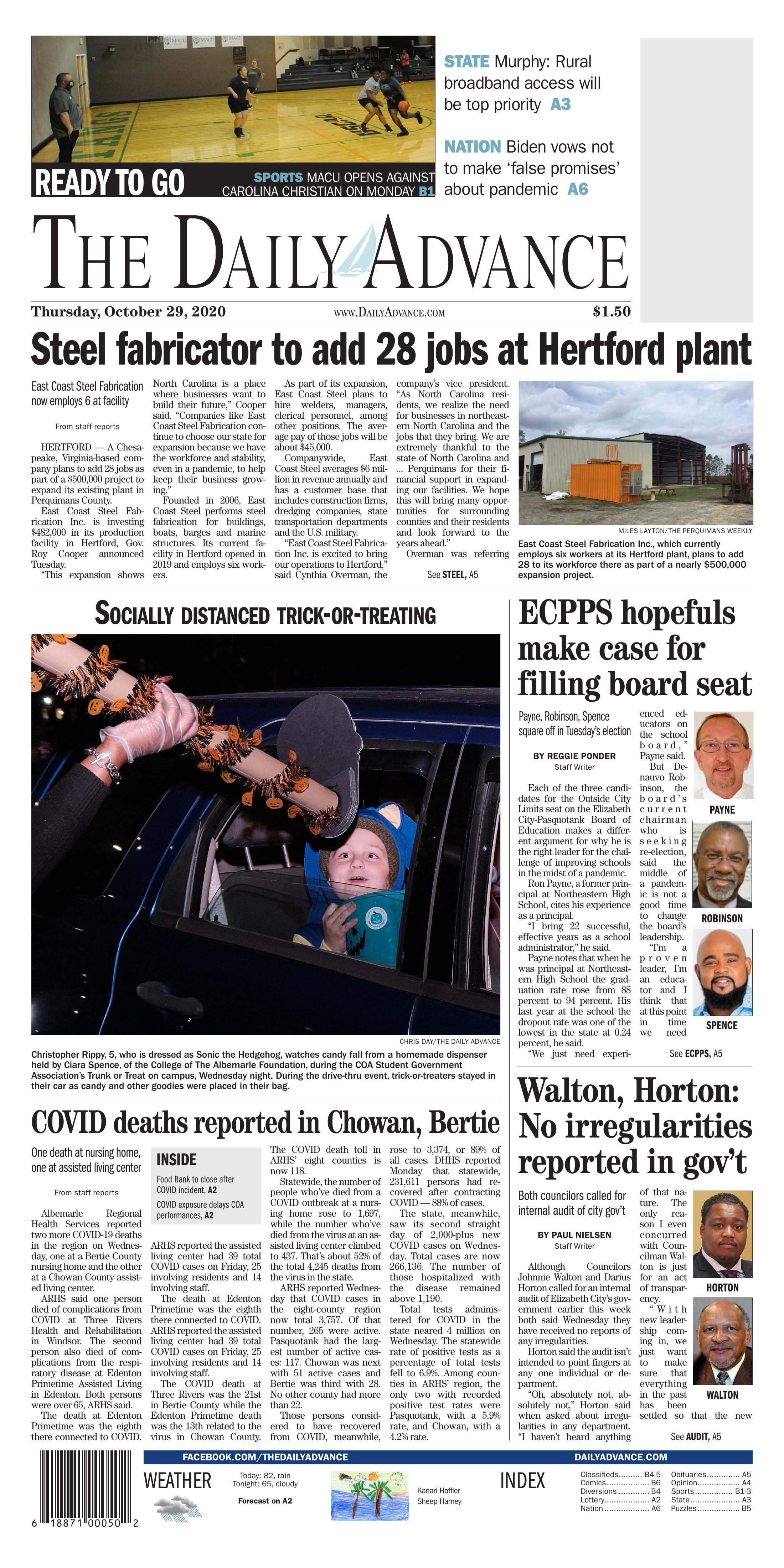