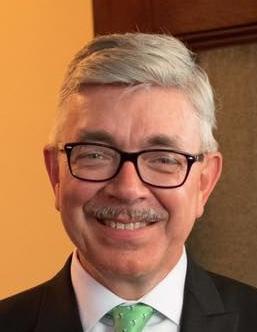 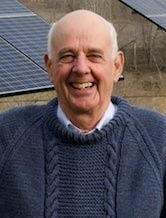 My whole purpose here is to get you to read a book, and that book is “Jayber Crow” by Wendell Berry.

It’s one of those rare books that when you read the last few words in the last sentence, you want to take a step back and take a new different look at things.

Recipient of the National Humanities Medal in 2010, Wendell Berry is the author of 25 books of poems, 16 volumes of essays, and 11 novels and short story collections. Since 1965 he has lived, worked, and farmed a plot of land on the Kentucky River with his wife and children. He and his family tried their utmost to subsist completely on what they harvested from their farm, going to the store only for the most necessary un-harvestable things.

As far as I know, Berry, who is all of 86 years of age, continues to till the fields with his horse and plow.

Berry’s main theme is that people change the land by living in it. And the land changes them. If the land is used well, and if other people are dealt with in a kindly fashion, then those changes will be good, or at least not so bad. He’s been a longtime critic of modern individualism, wasteful consumerism, self-aggrandizement, and conspicuous consumption.

He is a Christian writer who “tries to take the Gospel seriously,” but he makes partisans on both sides uncomfortable: no ideology can claim him. No one in the culture wars wants to hear, nowadays, words like these: “Rats and roaches live by competition under the laws of supply and demand; it is the privilege of human beings to live under the laws of justice and mercy” (from his essay “Economy and Pleasure” — which is a very fine reflection on the great John Ruskin).

In this mean season of social media, techno-reality, and frenetic restlessness, Berry bucks the tide by his quiet insistence that there is no human life without community and nature. One’s life and work ought to be rooted in and responsive to one’s place, and the people around him or her.

Enter Jayber Crow, who did just that.

Wendell Berry is an acerbic critic in his essays. But in his novels, he’s a gentle artist. He portrays the citizens (or, what he calls the “membership”) of his fictional town of Port William with compassion. Even the villains, who betray human fellowship and violate land and nature, are still treated with humane-ness.

Port William is one of the most richly imagined communities in literature, certainly on par with Faulkner’s Yoknapatawpha County or Harper Lee’s Maycomb, Alabama. In every one of his novels and short stories (and a few of his poems to boot), Berry has populated this town with honest depictions of human nature, good and bad.

There are joys and there are sorrows. Jayber Crow, as the sole barber of Port William, has gotten to know these stories first-hand from the confessional that old-fashioned barber shops used to be. Jayber (whose name is really Jonah) was orphaned at the age of 10, and was moved to an orphanage in central Kentucky. From there he attended Bible college in Pigeonville, as he had felt, at the time, that he had received the call to become a preacher.

But in Bible college, he wrestled with too many hard questions to allow him to preach in good conscience. “You have been given questions,” his wizened New Testament Greek professor told him (whose nickname was “Old Grit”), “to which you cannot be given answers. You will have to live them out — perhaps a little at a time.”

There’s more than a little of Berry himself here. He’s a Christian, yes, but certainly not what you’d call a “denominationalist.” He is one of many who has justifiably struggled with the organized church. Thusly, he had Jayber opine that “Some of the best things I have ever thought of I have thought of during bad sermons.”

Jayber left Bible college and wended his way to Lexington. After a few adventures and misadventures, he ended up back in his hometown of Port William, and set up shop.

He became the oral historian of the town. Oral history is the best kind of history, as it proceeds from the deep collection of community memory. “Telling a story,” Jayber reminisces much later, as he’s retired and over 70 at the time of his narration, “is like reaching into a granary full of wheat and drawing out a handful.

There is always more to tell than can be told. As almost any barber can testify, there is also more than needs to be told, and more than anybody wants to hear.”

The thing I like best about Jayber Crow is his growing — and glowing — recognition of his community in Port William, and what that community means, and the beautiful, poignant thing that community can be.

Despite his honest problems with religion, Jayber comes to his clearest vision of God and his community — ironically for him — in church. Uncle Stanley Gibbs was the church janitor and gravedigger, but had been lately getting himself into trouble with his questionable vocabulary and his being too open about his plans for becoming a tomcat again once his old wife passed on.

Jayber became Uncle Stanley’s successor, and cleans the church meticulously each Friday evening, in anticipation of Sunday morning worship. He had avoided attending church for years, but now he sits quietly in the back. He loves the singing (“In the sweet by and by” is his favorite) despite his withering critique of most of the sermons.

One night while cleaning the church, Jayber gets sleepy and lies down on the floor. He closes his eyes and sees all the people of his cherished Port William — people he observes and loves. The chapter concludes, “They were just there. They said nothing, and I said nothing. I seemed to love them all with a love that was mine merely because it included me. When I came to myself again, my face was wet with tears.”

Now that’s community. That’s what a town can be and should be. Jayber’s best friend, Burley Coulter, says this of what being a “member” of Port William is all about: ““The way we are, we are members of each other. All of us. Everything. The difference ain’t in who is a member and who is not, but in who knows it and who don’t.”

The “membership” of Port William consists of any person who recognizes his or her place among — and responsibility for the well-being of — all the land, animals, and all the people of the place. It’s being totally pro-life as in “all life.”

Port William is, or should be, Edenton and Hertford, Elizabeth City and Columbia, Windsor and Belvedere. Your church and my church. Your neighborhood and mine.

Jonathan Tobias is a resident of Edenton.