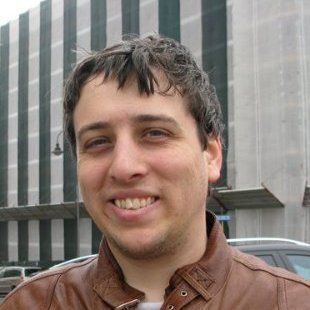 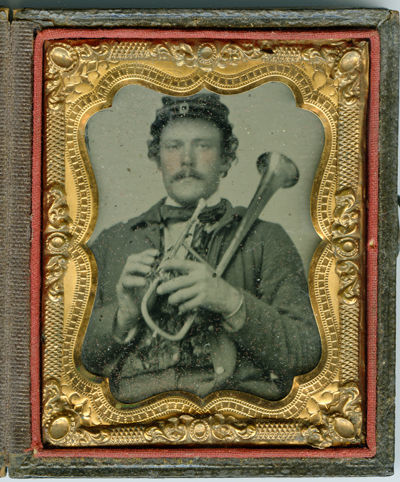 This ornately framed ambrotype of Mexican War and Civil War veteran John Jacobs of South Mills is on display at the Camden County Heritage Museum.

This ornately framed ambrotype of Mexican War and Civil War veteran John Jacobs of South Mills is on display at the Camden County Heritage Museum.

Among the several photographic portraits on display at the Camden County Heritage Museum is an ornately framed ambrotype depicting a male sitting with an instrument in hand.

Soberly posed, his horn at the ready, there is but the slightest hint of rose-colored tint in the mustachioed gentleman’s cheeks.

Much like the demeanor of his portrait, Jacobs’ life, lived in earnest, was tinged with an air of exceptionality.

Hailing from Saxony, Germany, Jacobs left his homeland to avoid compulsory military duty. Landing in the United States at the height of the Mexican War, the young German, not yet acclimated to his new environs, unwittingly enlisted in the U.S. Marine Corps. Jacobs’ pension file shows him having served aboard the USS Germantown, a U.S. Navy sloop-of-war attached to Commodore Matthew Perry’s Home Squadron.

Following the war, Jacobs settled to North Carolina and took on a series of odd jobs and varying, short-lived occupations around the Albemarle region. Jacobs’ work history included operating bakeries in Edenton and Plymouth as well as co-managing the Old Nags Head Hotel, for a time, in the mid-1850s.

It was also during this period of his life, in 1854, that he became a naturalized U.S. citizen. By 1860, Jacobs had arrived in South Mills where he would make his home for the next 35 years.

The outbreak of another war eventually brought a unique hardship upon John Jacobs and his family, though it was one he remedied through remarkable means.

Jacobs’ enlistment in the Confederate Army on May 30, 1861, would have left his young son, George, without a guardian to watch over him. Rather than leave the boy, Jacobs enlisted with his son and the two served as musicians over the course of the war; John Jacobs serving as chief musician of the Thirty-Second North Carolina Infantry. George Jacobs’ role in all of this earned him the distinction of being one of the youngest Confederate soldiers mustered into service.

Now a veteran twice over, Jacobs returned to South Mills with the ambition to improve both his business interests and social standing within the Camden community.

In September 1865, he petitioned to join Widow’s Son Lodge in Camden and was duly received. By December of 1871, Jacobs demitted from that lodge to become a charter member of the newly formed New Lebanon Lodge in South Mills.

Between 1877 and 1894, the year before his death, the diligent Jacobs would serve as an 11-time Past Master of this lodge. Moreover, an article in the Dec. 21, 1880 issue of The Weekly Economist touted his entrepreneurial spirit by reporting that, “Jacobs, one of our most enterprising, and best citizens…proposes to put up a bakery, and he already has the nicest bar in town.”

If you happen to be visiting the Camden Museum, remember John Jacobs; a soldier-musician, shrewd merchant, dedicated Mason, and devoted father; that soberly posed, mustachioed gentleman with the slight blush.

The Camden County Heritage Museum is open to the public Fridays and Saturdays, 10 a.m. to 3 p.m., March through December.

Paul Vincent is the registrar at Museum of the Albemarle, as well as a docent at the Camden County Heritage Museum.