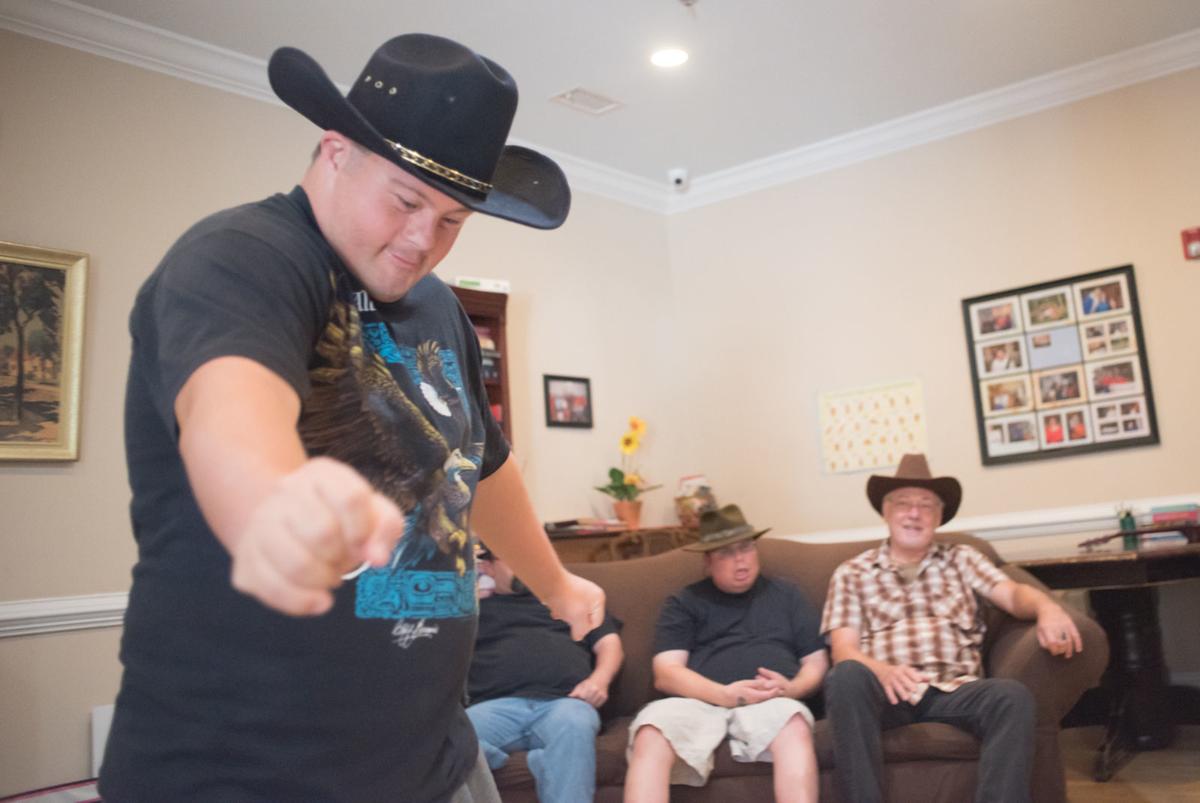 Jason Swain gets his dance moves together during rehearsal Thursday to prepare for the Benjamin House’s Talent Show on July 27. 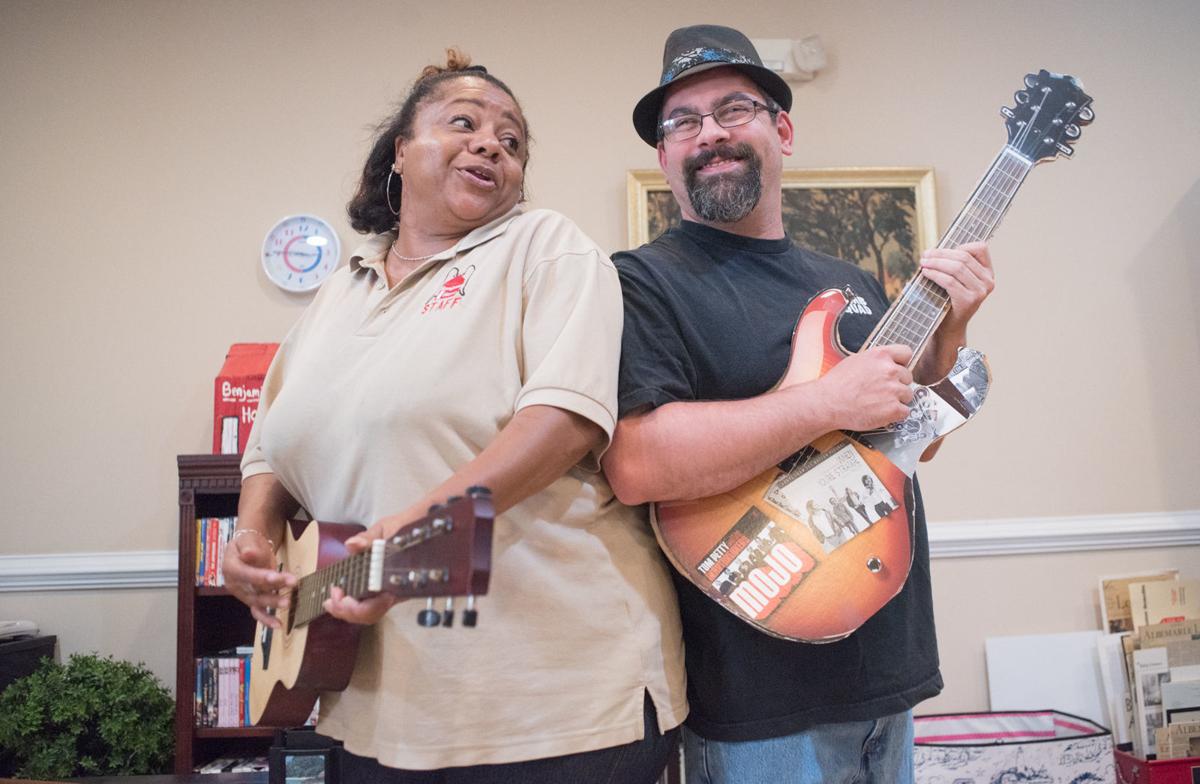 Selene Weeks and Kos Jackson practice their singing performance for the Benjamin House Talent Show, scheduled for July 27 at Museum of the Albemarle. 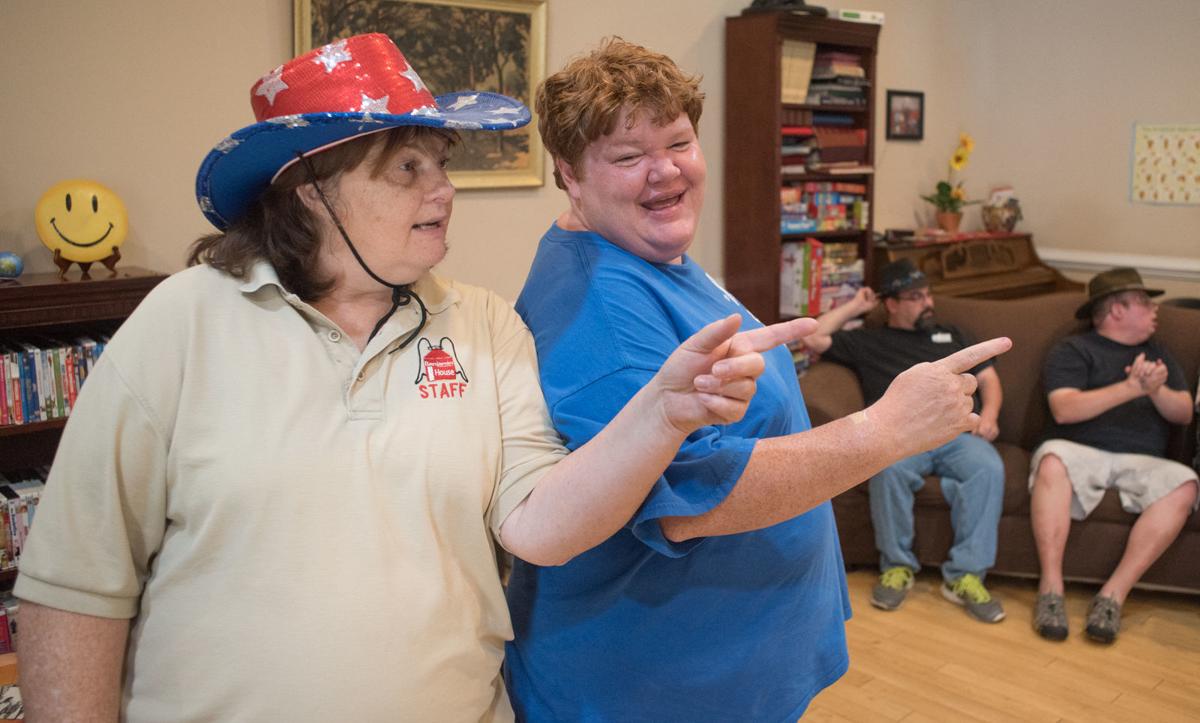 Jason Swain gets his dance moves together during rehearsal Thursday to prepare for the Benjamin House’s Talent Show on July 27.

Selene Weeks and Kos Jackson practice their singing performance for the Benjamin House Talent Show, scheduled for July 27 at Museum of the Albemarle.

There are silhouettes of cowboys, songs about hoedowns and even a tractor onstage as “The Benjamin House Goes Country.”

Residents and staff members are excited about presenting their 12th Annual Benjamin House Talent Show on Saturday, July 27 at 2 p.m. at the Museum of the Albemarle.

“It is our way of giving back to the community,” said Ann Hughes, the founder of Benjamin House.

Admission is free for the talent shows that have been presented to the public annually for the last 12 years. Nonperishable items like paper towels, canned goods and bottled water may be donated at the event to AMEN Ministries.

The event provides a way of giving back to the community which has supported Benjamin House, according to Hughes.

Benjamin House is an assisted living residence for the mentally challenged. It was founded by Hughes, a retired educator, and her husband, Lennie, who is an attorney. The couple has dedicated their lives to building the residence, which is named after their third child, Benjamin, who was diagnosed with autism at the age of two.

“They love being onstage,” said Hughes. “They love to sing.”

Benjamin Hughes will be singing along to actor and director Eric Michael Gillett’s recording of “Roving Cowboy.” Gillett, who is an actor and director, met the Hughes family more than 30 years ago, when they were attending the circus where he was serving as the ringmaster.

Over the years Gillett has remained in communication with family and has performed in annual Christmas productions to benefit The Benjamin House.

When Benjamin was selecting a country song for the event, he remembered a past recording of Gillett’s called “Roving Cowboy.”

Gillett will not be at the talent show, but Benjamin did have the opportunity to practice with him when Gillett traveled to North Carolina recently to visit the family.

Included in the set of the country-themed production is a tractor created out of an office chair and swimming pool noodles. Many of the set designs were created by Benjamin House staff member, Trina Singletary.

“It is really unbelievable what she has come up with,” said Hughes.

Hughes said there is an entire room full of props stored at Benjamin House for the production.

“We have wonderful staff who are so creative,” said Hughes.

Hughes said when the staff are organizing the event each year “they ask the residents what they would like to do.”

Hughes said one reason they chose the country theme was that Benjamin House has a few farm animals on its property. Two goats, named Lucy and Ethel, after the famous comedic duo from the “I Love Lucy” classic sitcom bring joy to anyone who meets the pair. Thirteen chickens also make the property their home.

While the farm animals will not make an appearance at the event, their presence is felt in the theme of the show.

“We are kind of country now,” said Hughes.

The residents look forward to performing in the talent show each year, and there will certainly be smiles from both the audience and performers as they step onstage for a country-filled hour of dancing and singing.