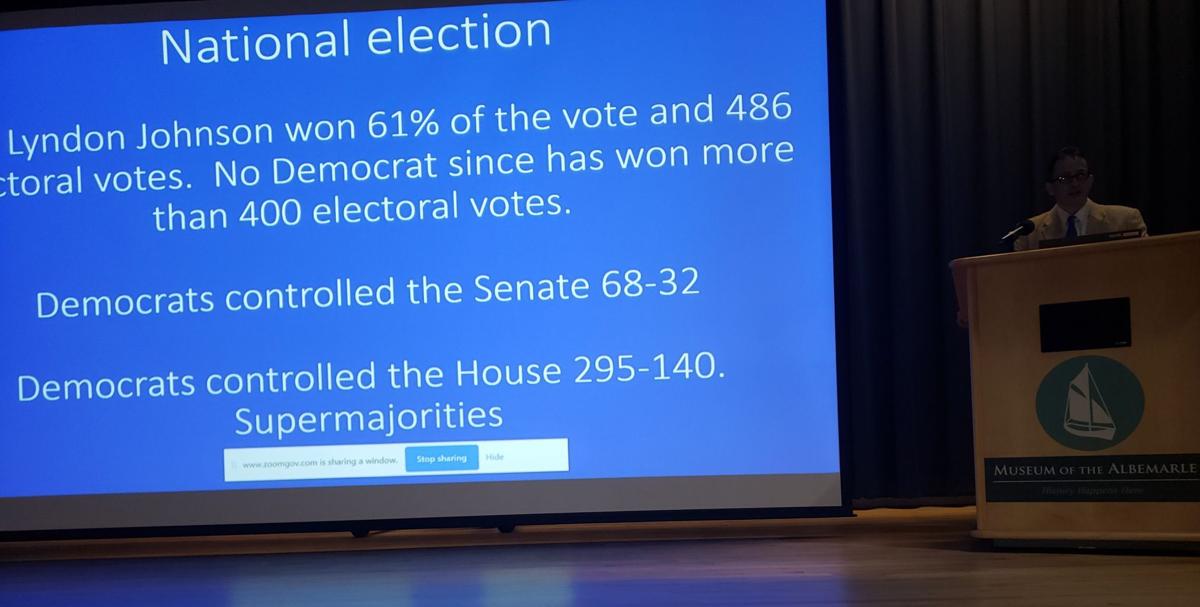 Dr. Glen Bowman (in shadow on right) of Elizabeth City State University discusses local school desegregation efforts from 1964-69 during his lecture, “Resisting Inevitability: The Desegregation of Schools in Pasquotank County,” at Museum of the Albemarle’s History for Lunch program on Wednesday. Bowman presented a similar History for Lunch lecture last year about attempts to desegregate the county’s schools prior to 1964. 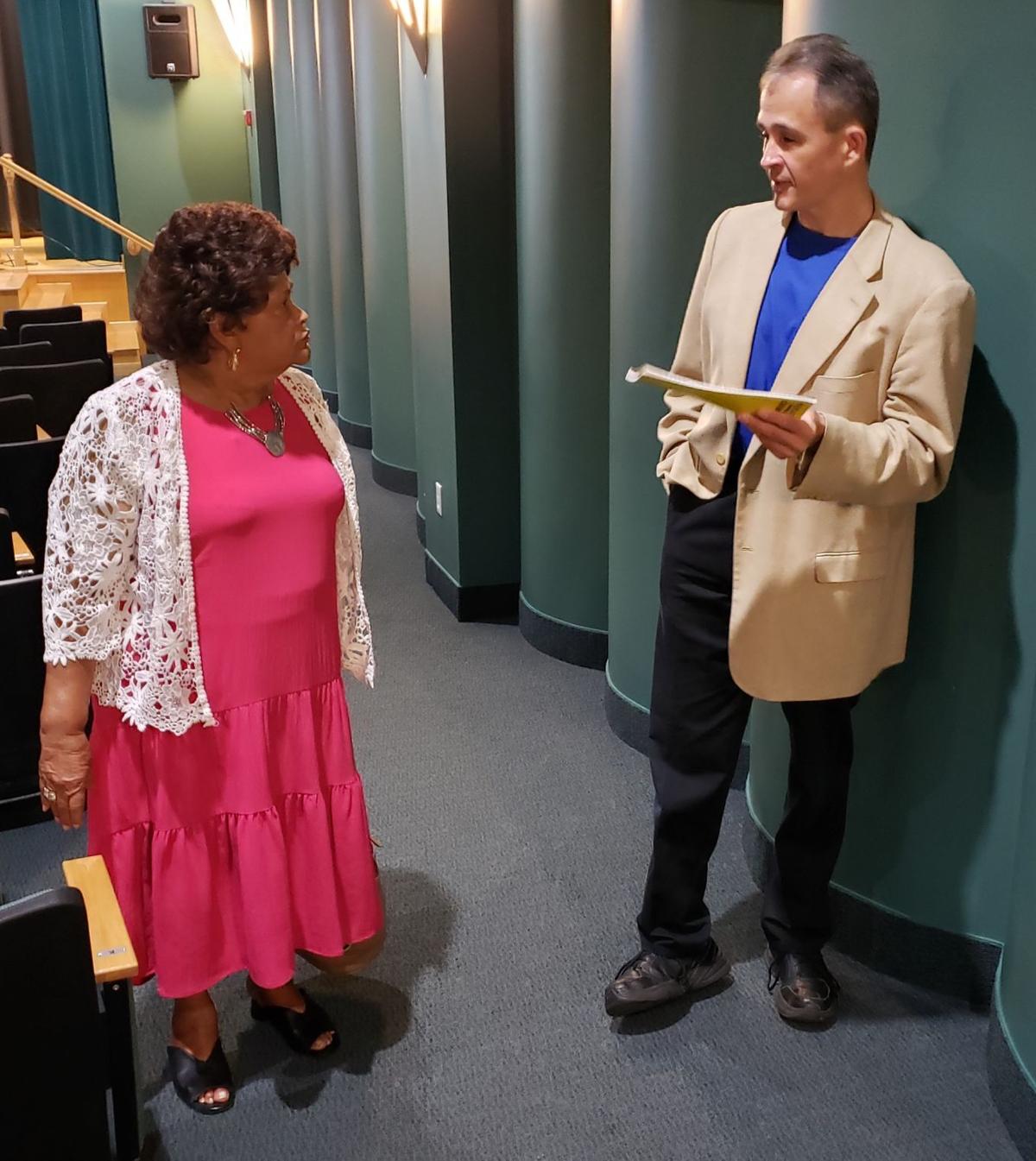 Dr. Glen Bowman (in shadow on right) of Elizabeth City State University discusses local school desegregation efforts from 1964-69 during his lecture, “Resisting Inevitability: The Desegregation of Schools in Pasquotank County,” at Museum of the Albemarle’s History for Lunch program on Wednesday. Bowman presented a similar History for Lunch lecture last year about attempts to desegregate the county’s schools prior to 1964.

The threat of losing federal funding finally forced Pasquotank County’s Board of Education in late 1969 to end segregation in all public schools in the county, an ECSU history professor said this week.

The U.S. Supreme Court’s 1954 landmark decision in Brown v. Board of Education of Topeka found that state laws establishing racial segregation of public schools was unconstitutional. But Bowman noted it took Pasquotank 15 years to finally comply with the ruling.

The county made small steps to desegregate, including having plans to build one high school, but it was slow to implement the court’s ruling in all schools.

The final straw was the threat of losing federal money.

The Board of Education finally relented at a meeting in December 1969. Two attorneys at the meeting told the board it would be compelled to fully integrate all schools by September of 1970, Bowman said.

“Comply, or you are going to lose your federal money,” he said.

The Supreme Court’s Brown decision was the start to the end of racial segregation in U.S. public schools. But many schools, including some in Pasquotank, were slow to integrate because the federal government had little influence in education at the time.

But that all changed in the 1964 presidential election when President Lyndon Johnson won with 61% of the vote. That election also resulted in Democrats winning supermajorities in the U.S. House and Senate, Bowman said.

“Elections have consequences and some elections mean more than others,” he said.

Bowman said the results of the 1964 election changed the course of public education all across the country.

One meaningful change came in 1965 when Congress passed Johnson’s Elementary and Secondary Education Act, also known as the ESEA. The legislation marked a commitment to equal access to a quality education. It also funded primary and secondary education while emphasizing high standards and accountability in schools, which included desegregation.

Bowman called the ESEA a “gamechanger” because it marked a new era in which the federal government had more influence over education at the local level.

“Essentially it was a way around the enforcement aspect of Brown v. Board of Education,” Bowman said. “It was a way to not be completely compliant by putting the burden of that choice on the parents. It was kind of passing the buck.”

At the time, the two school boards were also facing capacity issues at the county’s high schools.

“This meant that the two school boards would have to work together and unite in what had to be done,” Bowman said. “It wouldn’t be easy but it had to be done.”

The two boards didn’t merge until in 1967. However, minutes from a 1965 joint meeting show both boards agreed that a “comprehensive high school that would serve all students in grades 10 through 12” would become a countywide high school under a merger.

“That was in the plan,” Bowman said. “Planning is one thing but the whole process of getting it done is different. Where do you put a school that is accessible?”

The newly merged Elizabeth City-Pasquotank Board of Education approved the new “consolidated high school” in 1967 that would accommodate 1,200 students. It opened in 1969 as Northeastern High School.

“The wheels were in motion,” Bowman said. “This settled the issue with high school students, but what about the rest? Was freedom of choice going to work? Would it be consistent in the spirit of Brown decision?”

The threat of losing federal dollars eventually forced the Board of Education to desegregate all of the schools in the county, he said.