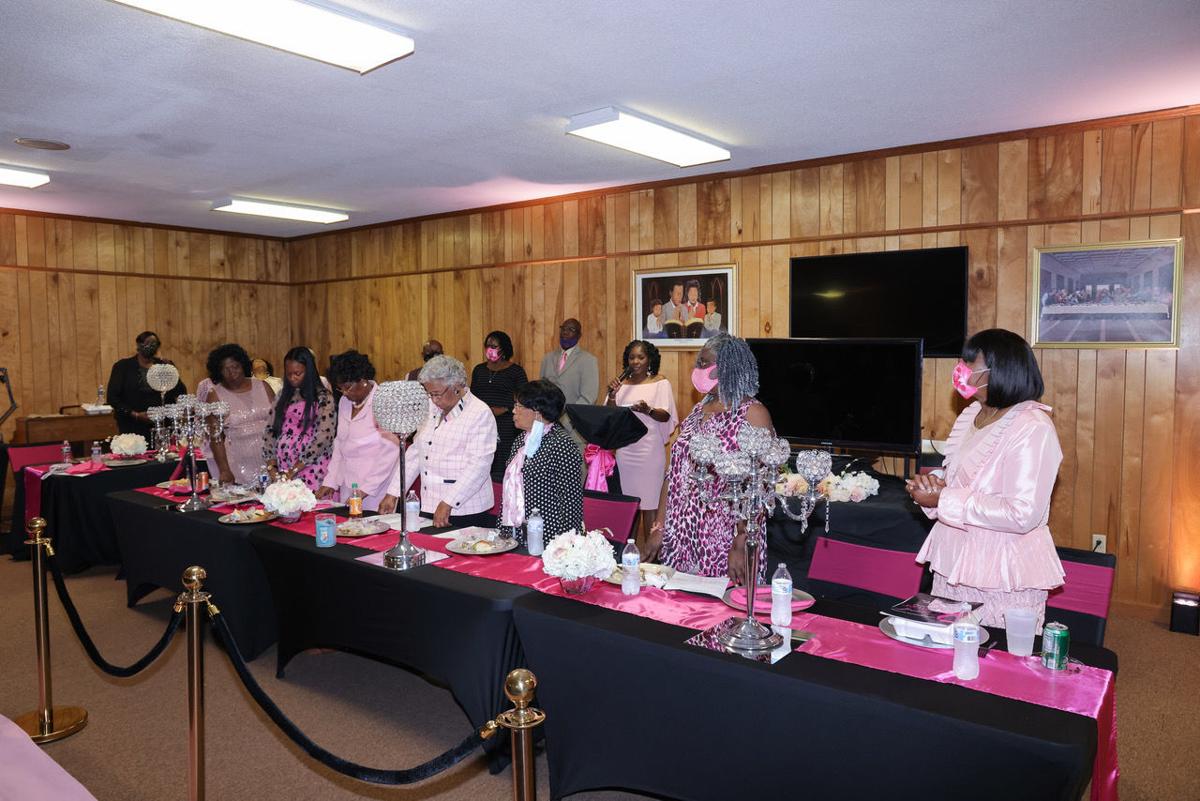 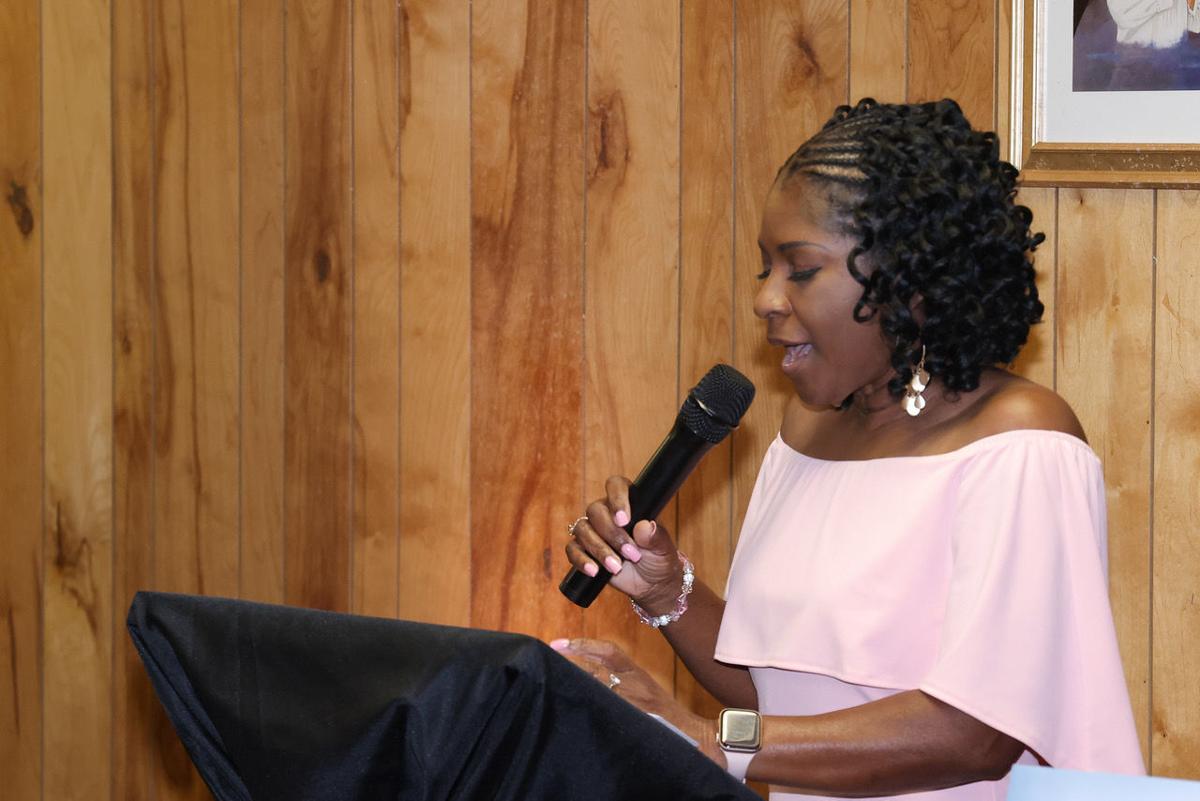 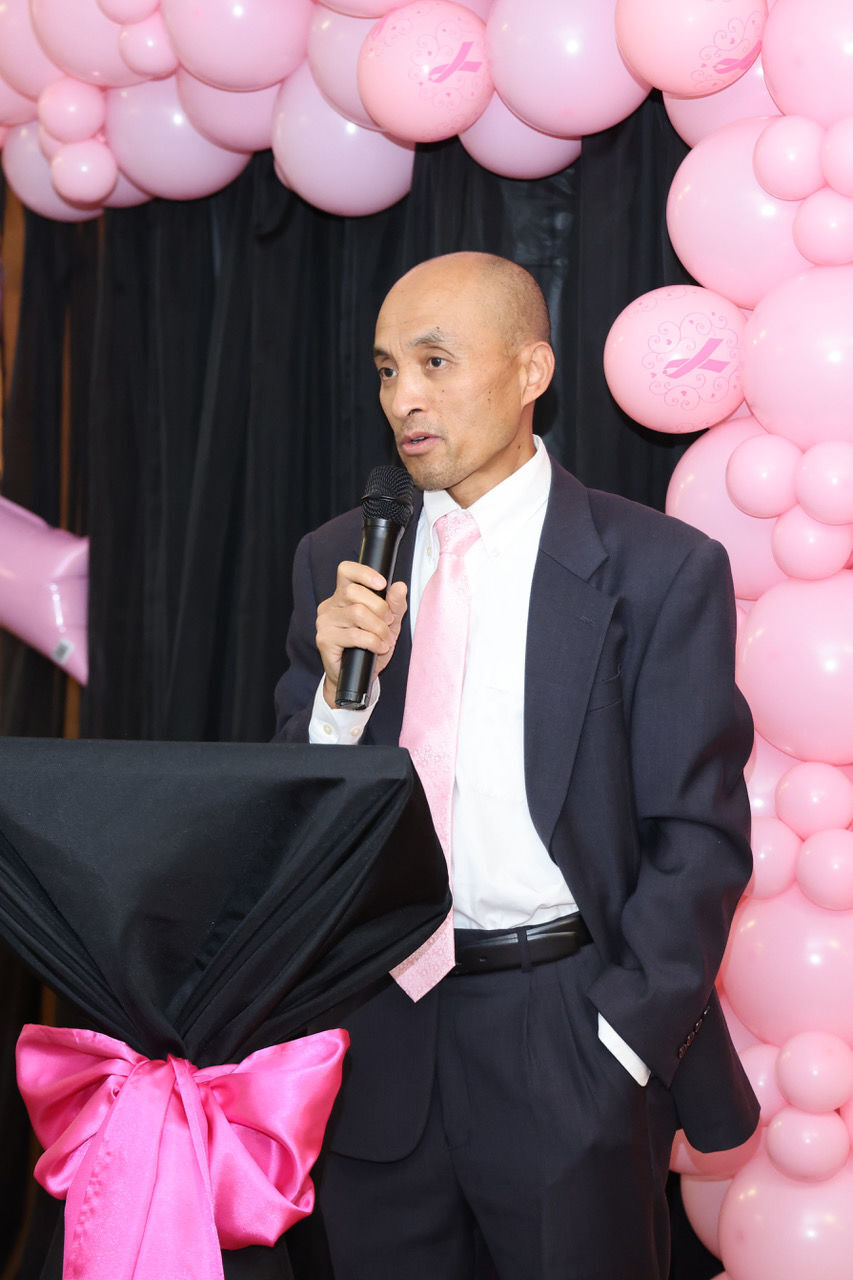 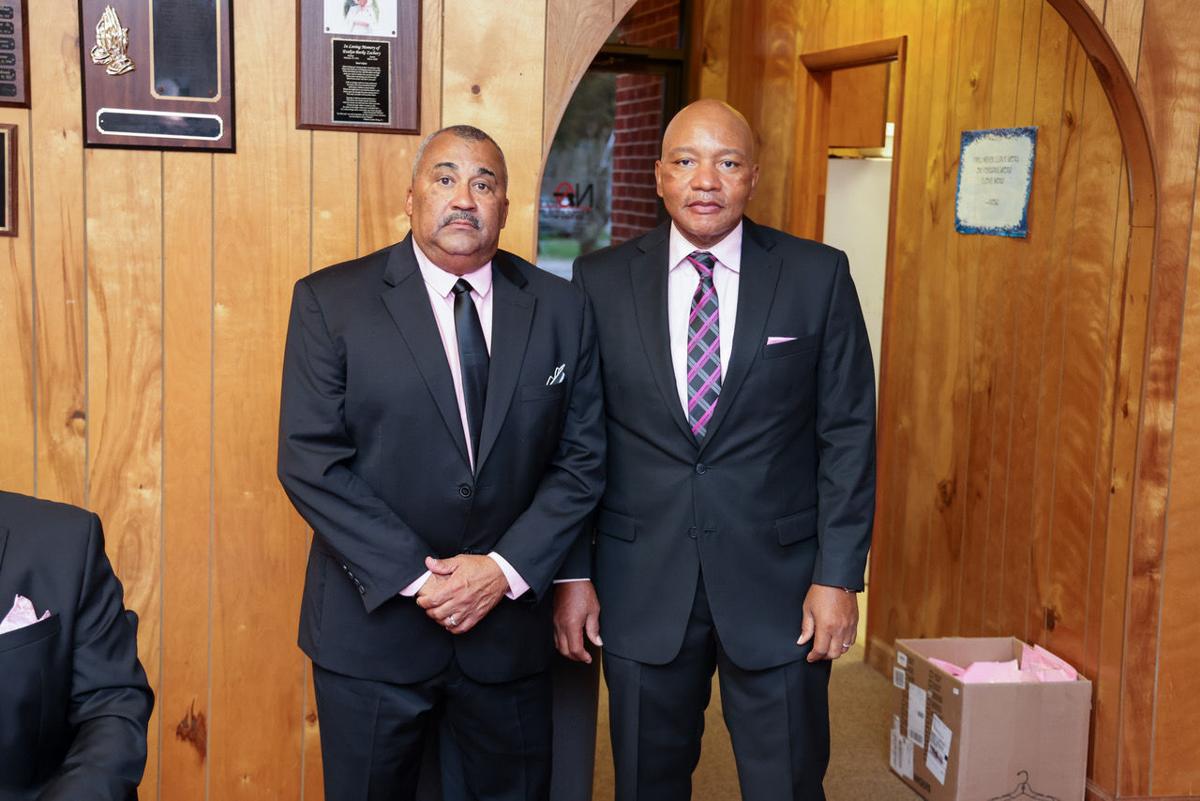 HERTFORD — Breast cancer survivors Kisha Darden and Kendra Bailey want women to know that early detection and comprehensive treatment can be lifesavers in the battle with breast cancer.

The event, held at Poole’s Grove Baptist Church in Hertford, was held to raise awareness about cancer and a new breast cancer support group was formed as a result of the event.

Half of the event proceeds are going to the support group and the remainder will go to the 22H/T24 Scholarship Foundation. More than 80 people attended the banquet, including 16 breast cancer survivors.

“The courage and strength in those beautiful women was admired by many who were in attendance,” Honeyblue said.

Darden, who was diagnosed with breast cancer in January 2017, has had a double mastectomy and 25 rounds of radiation and remains on medication.

Now she is doing “pretty good,” she said. She still keeps regular appointments.

“They were offering what I call ‘whole care,’” she said, explaining that it encompasses mind and body, nutrition and mental health — the whole person.

“I think that I’m doing exceptionally well,” she said.

Darden said breast cancer is an experience she would never want anyone to have to go through.

She said the banquet was a wonderful experience and noted women who attended are forming a support group for survivors.

“That has been great,” she said. “The most important thing I have learned in my journey is you have to have faith.”

Darden has also started a scholarship in her name at Elizabeth City State University. “You want to find a way to give back,” she said.

Darden was diagnosed at 40 years old and noted she had no family history of breast cancer. She found her lump on her own.

Bailey, whose cancer was diagnosed in 2015, said she still goes for annual checkups at Cancer Treatment Centers of America in Georgia.

“I went there immediately,” Bailey said. “I have been going there ever since.”

The center has everything under one roof — nutrition, doctors, pastors and other professionals, she said.

After going through several surgeries, chemotherapy and radiation, Bailey has no evidence of cancer at this time.

She said for the most part she can do what she wants now but she gets tired just washing her hair. She also said that most of the time she uses a speaker phone because she gets uncomfortable holding her arms in one position.

Bailey said she is very pleased with the treatment she’s received in Georgia. The center there offers advanced treatments and specializes in all kinds of cancer, she said.

“I’m so glad that I stumbled across them,” she said.

Bailey said it was worth the travel time and distance to go to Georgia for treatment.

“It was definitely worth it,” she said.

Bailey encourages women to get mammograms and to get them early.

“Definitely get your mammograms,” she said.

If you have a family history of breast cancer you should talk to your doctor about getting a mammogram before 40, Bailey said. She herself was 41 when she was diagnosed. She had three aunts who died from cancer. She’s also had a couple of friends who have died from breast cancer.

Bailey said she has tried to change her eating habits so that she is eating fewer sugary foods and more fruits and vegetables. She said it is a struggle because she is a picky eater and also loves sweets. She also tries to walk regularly as a way to get exercise.