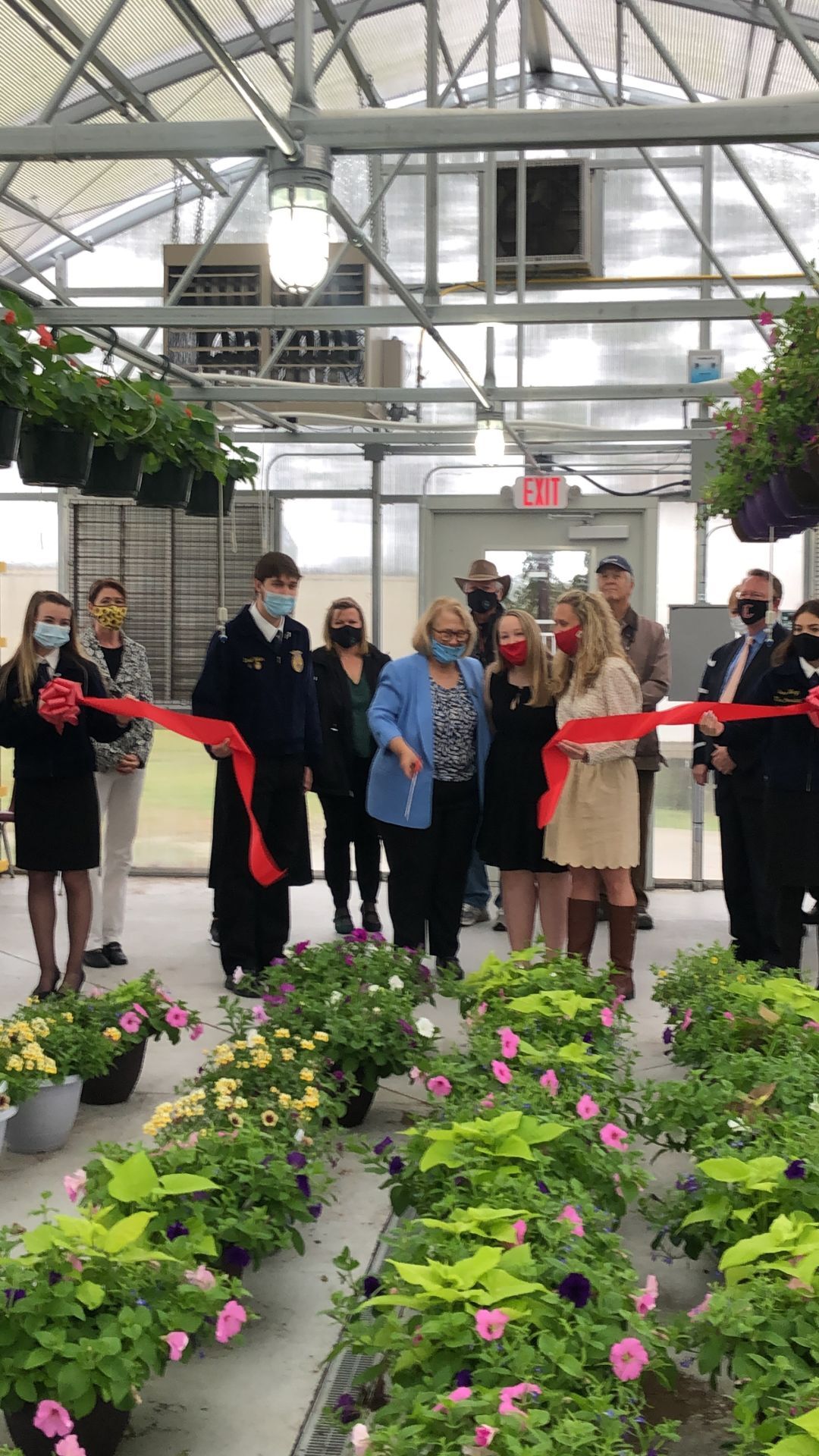 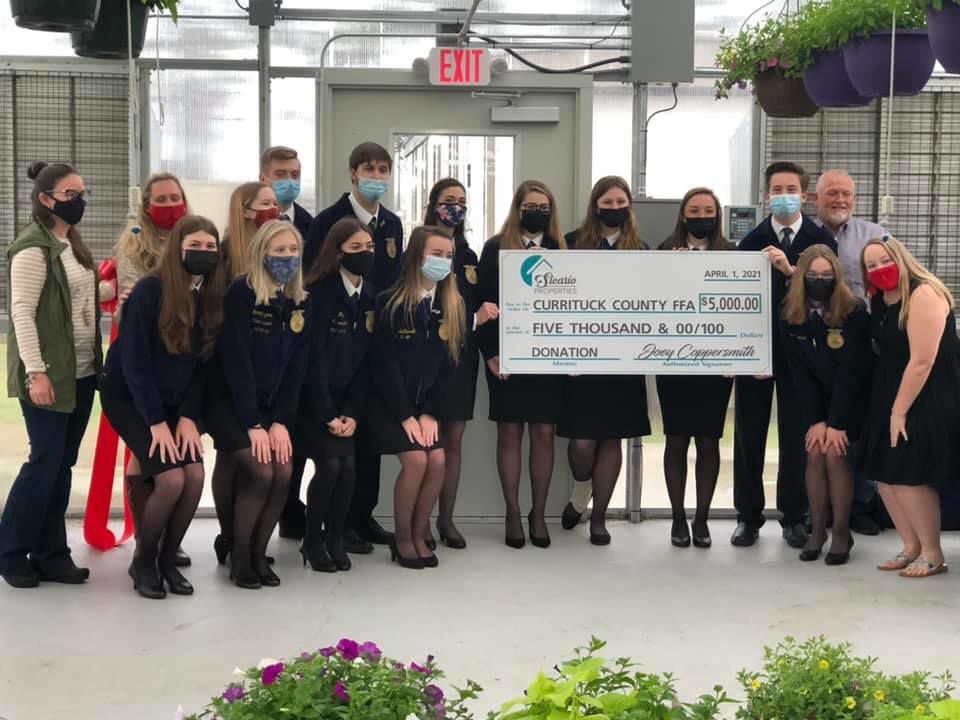 CURRITUCK — Currituck County High School now has a new greenhouse for students to use in agriculture classes.

A groundbreaking was held on Thursday morning for the facility, which was completed last year. Students are now back on campus and growing plants in the greenhouse.

The Currituck Board of Education voted to fund the project in 2019. The process began the year before, however, when a group of agriculture students from the high school — including Abby Rose, Brooke Matusko and Claudia Morgan— began lobbying both the school board and county commissioners to fund a new greenhouse.

School board member Janet Rose said the students “got the ball rolling” on the project. Students reportedly went as far as to lobby General Assembly members about the project.

The school board initially determined the school district couldn’t afford the new greenhouse. The apparently changed its mind later on, voting to fund the project in the next year’s budget.

Local contractor Joey Coppersmith helped with the price of concrete and donated his labor.

The new greenhouse is designed specifically for use in an educational setting.

“It is a top-of-the-line teaching greenhouse,” Rose said.

The previous greenhouse had been built decades ago and had been moved from J.P. Knapp when a new Currituck High School — now the site of Currituck Middle School — was built.

The earlier greenhouse also did not have the ventilation and other features needed for optimal operation.

The greenhouse chosen for the school was the educational greenhouse package from Atlas Greenhouses of Georgia. Swain noted the greenhouse includes automatic watering and fertilizing systems and has temperature control zones that allow students to observe plants growing at different temperatures.

Coppersmith served as general contractor for the project and has donated the $5,000 he was paid for that service back to the high school’s chapter of Future Farmers of America.

“He was our general contractor because (Atlas Greenhouses) was not licensed in North Carolina,” Swain said.

The new greenhouse is 30 feet by 96 feet and has eight-foot sidewalls.

When students were growing plants in the previous greenhouse, on very cold nights they would have to move the plants into the shop facility and then move them back to the greenhouse the next day.

“We don’t have to do that anymore,” Swain said. “So it has been a blessing for sure.”

“It’s a really good thing for a lot of kids,” Swain said.