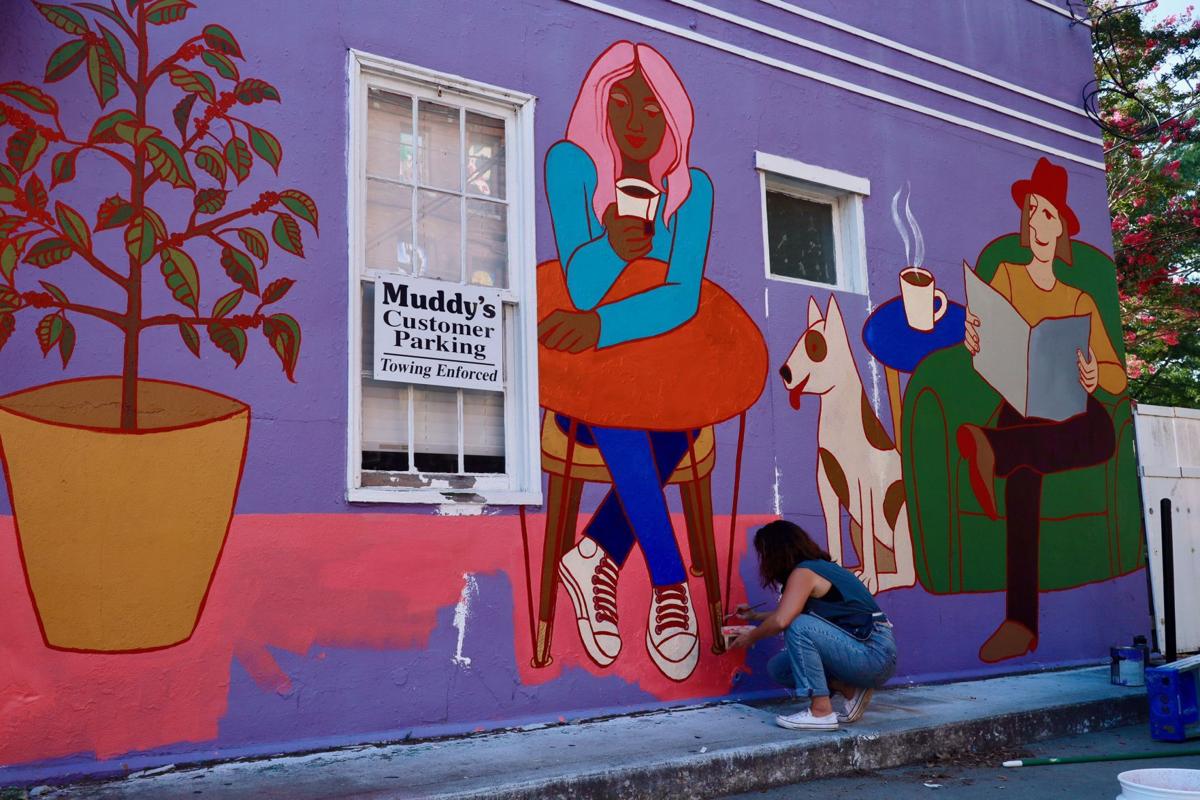 Artist Holly Cole Luke works to complete a mural on the Road Street side of Muddy’s Coffeehouse at the corner of Main and Road streets in downtown Elizabeth City. The mural contains images of a woman and man sitting and drinking coffee. 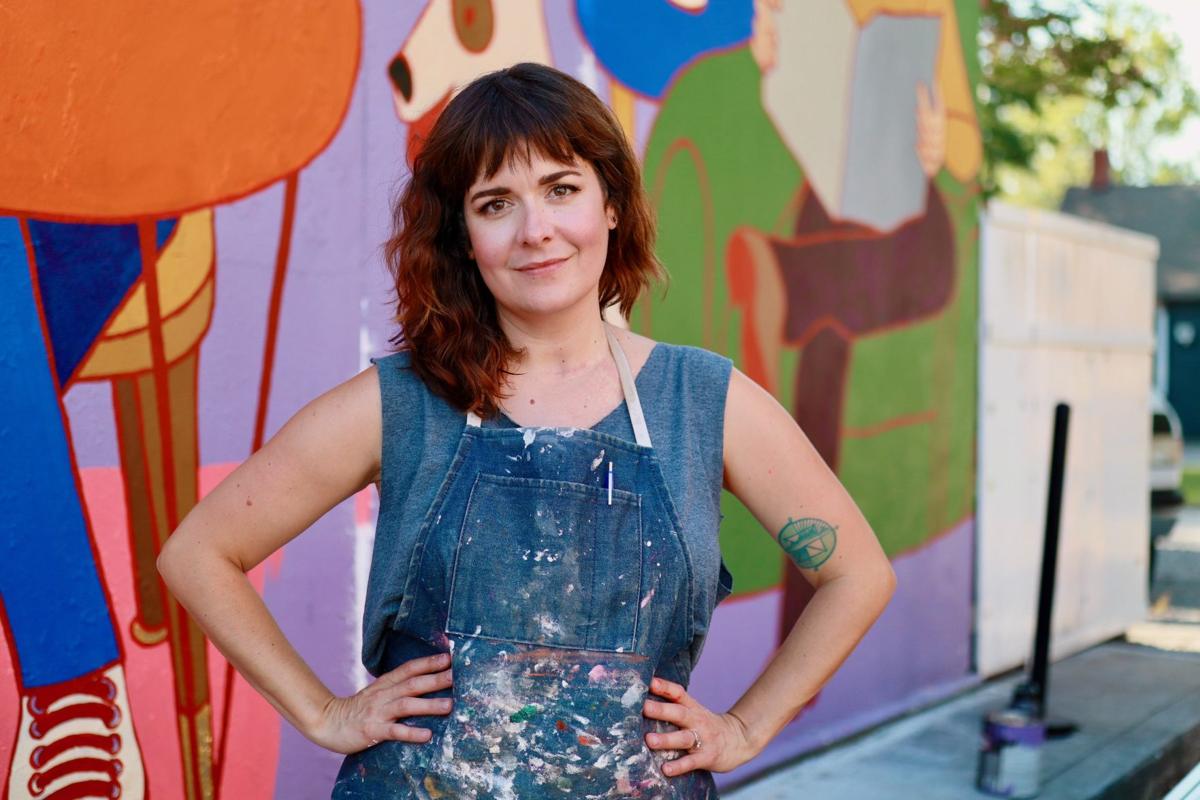 Artist Holly Cole Luke works to complete a mural on the Road Street side of Muddy’s Coffeehouse at the corner of Main and Road streets in downtown Elizabeth City. The mural contains images of a woman and man sitting and drinking coffee.

If you walked past Muddy Waters Coffeehouse this week, you likely saw artist Holly Cole Luke painting a vibrant mural on the Road Street side of the building.

“It is fulfilling to express yourself and create,” says Luke of creating murals. “It is an important aspect of living.”

Luke said she was contacted by Muddy’s owner to create a mural for the popular coffeehouse at the corner of Road and Main streets. She was excited about the opportunity.

Luke lives in downtown Elizabeth City with her husband, David, and their young daughter, Ruby. The Lukes moved to the area after David, who is in the U.S. Coast Guard, was stationed here.

When designing the Muddy’s Coffeehouse mural, Luke wanted to capture the setting of the coffeehouse.

“I wanted something to reflect the feel, atmosphere of the building,” said Luke.

She began with a pencil sketch in her sketchbook and then produced a watercolor of what the mural would look like. The mural features a woman enjoying a cup of coffee at a table and a man reading a newspaper in a green chair with a cup of coffee and a dog by his side.

The images are outlined in red. Luke said she was inspired to use the technique by the works of Margaret Kilgallen, who was a well-known artist who painted in the San Francisco Bay Area.

Luke’s process for painting the mural on the wall included using Photoshop and projecting an image of her mural on the wall. She then traced her images and painted the scene. She stood on a ladder to reach the highest parts of the mural.

Because of this week’s high temperatures, Luke painted in the early mornings and early evenings while there was still adequate daylight. She would occasionally stop to converse with passers-by who wanted to chat about the mural and take photos of it.

While Luke has worked on previous public art projects, the Muddy’s Coffeehouse mural is the first she’s completed on her own. She is looking forward to painting other public art in Elizabeth City.

Luke earned a bachelor’s degree in studio art from the University of Memphis. Her primary focus is print making and sculpture.

With parents who were always supportive of her art and music, Luke’s passion for the arts began at a young age. She fondly recalls being asked at age 5 what she wanted to be when she grew up, and replying “an artist.”

Luke looks forward to participating in future public art projects in the area.

“I really want to make it a mission to bring art downtown,” she said.

“This is an artist town in my opinion,” said Luke. “They play an important role in the fabric of Elizabeth City.”

When she is not working on her artwork, Luke also plays the guitar and sings in her band “Holly and Molly.” She also works with her husband in his home-repair business.