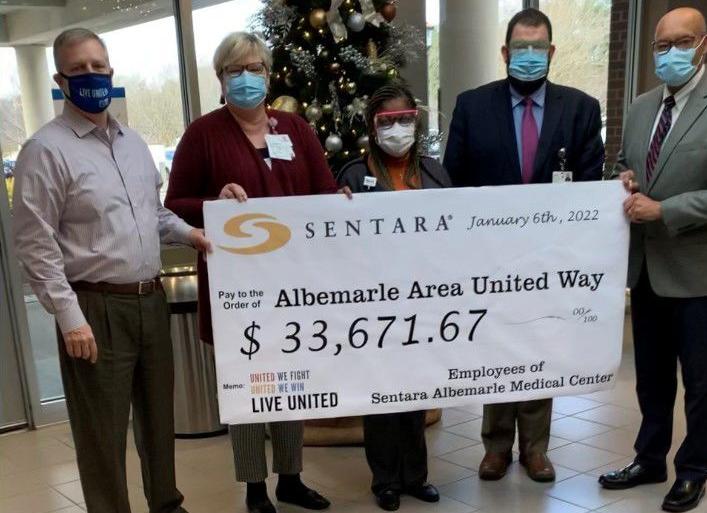 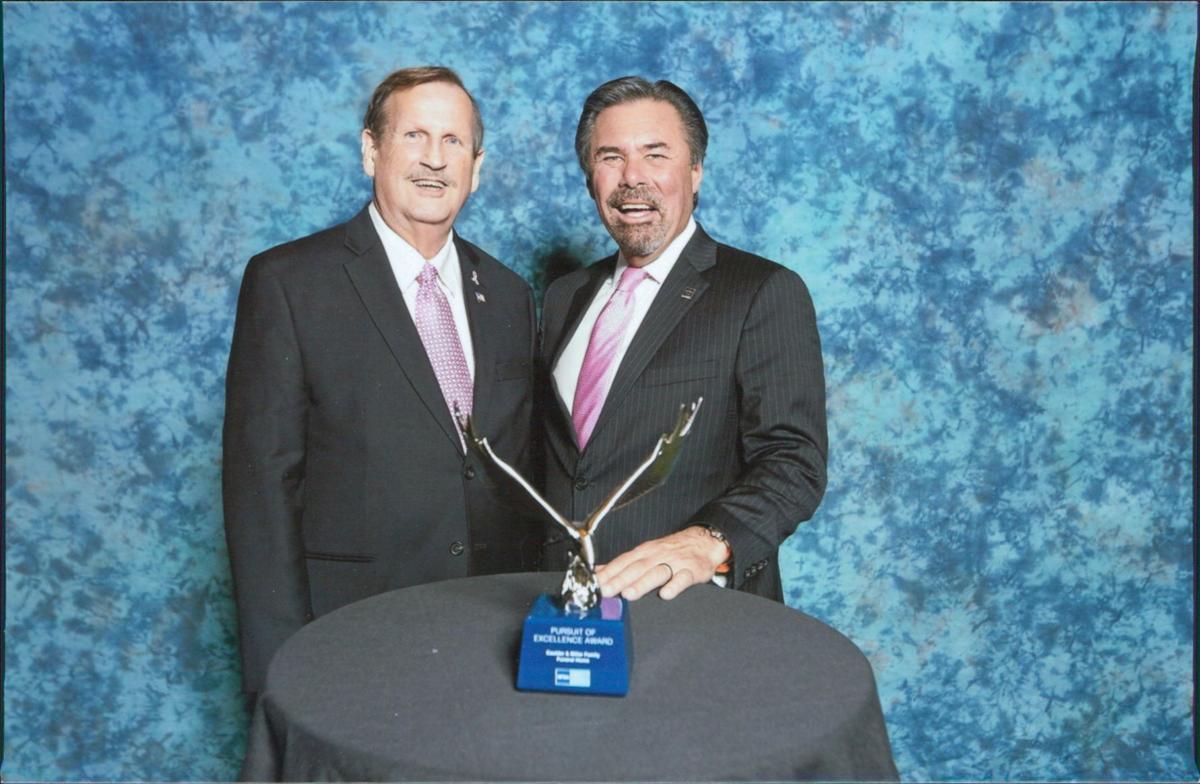 Thanks to Sentara Albemarle Medical Center employees, the local United Way has nearly $34,000 more to help its partner agencies respond to pressing needs across the region.

“We are blessed to be awarded these funds as they will go directly to meeting critical needs in our area and further propel the good work we’ve started,” Blake said. “Sentara’s mission to improve the health and well-being of our neighbors aligns perfectly with our goals to do the same.”

Phil Jackson, president of Sentara Albemarle and United Way campaign chairman, said the hospital appreciates the “incredible work” the United Way and its partner agencies do “to help our community members who need them most.” He also thanked SAMC employees who donated to the campaign.

The SAMC employees’ contribution increases the amount raised by the local United Way’s 2021-22 campaign to $607,215. According to Blake, the AAUW still has a few other large contributions it expects to received. One is the annual donation from Publix employees, expected around April 1, that should be around $48,000, Blake said.

The United Way also expects to receive a $15,000 grant next month for its Community Care Collaborative program and a $11,500 Vidant Health grant around mid-February.

Blake noted that many residents in northeastern North Carolina struggle even “in normal times.” But the pandemic, he said, has “left our most vulnerable citizens facing unprecedented circumstances and many who have never sought assistance to suddenly need help.” The United Way and its partner agencies “work tirelessly” to assist those residents, he said.

Twiford Funeral Home has been awarded a Pursuit of Excellence Award by the National Funeral Directors Association for the 33rd consecutive year.

According to a press release, only 542 funeral homes around the world — 110 funeral businesses and 432 funeral home branch locations — received the NFDA’s Pursuit of Excellence Award in 2021.

“Pursuit of Excellence Award recipients raise the bar on funeral service excellence by adhering to the highest ethical and professional standards and providing unsurpassed service to families and communities,” the NFDA said in the release.

The Pursuit of Excellence Task Force was “very impressed” with Twiford Funeral Home’s staff, particularly their work during the ongoing COVID-19 pandemic, the press release states.

David H. Twiford Sr. said the funeral home was honored to be recognized by the NFDA with the Pursuit of Excellence Award again.

“This year’s award is our 33rd consecutive win, and we are one of five funeral homes worldwide who have won the award for over 30 years,” he said.