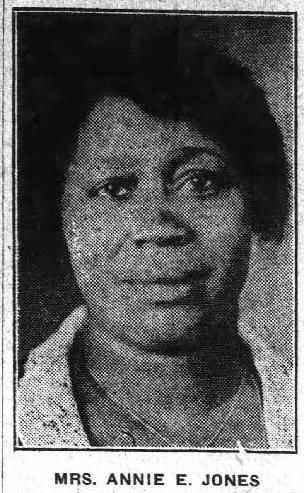 Annie E. Jones was a teacher and later principal in Elizabeth City’s public school system who worked in the 1920s to help Black women prepare to be voters. 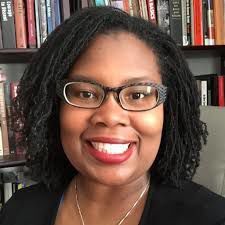 Annie E. Jones was a teacher and later principal in Elizabeth City’s public school system who worked in the 1920s to help Black women prepare to be voters.

Scheduled to open next month, Museum of the Albemarle’s “Women Breaking Barriers” exhibit commemorates the 100th anniversary of women’s suffrage in the United States.

A result of over a year’s worth of research and preparation, the exhibit highlights the contributions made by northeastern North Carolina women in academics, activism, entertainment, the arts and other areas.

The exhibit’s opening coincides with efforts being made by the National Collaborative for Women’s History Sites to create a National Votes for Women Trail featuring historical markers commemorating women who contributed to women’s suffrage. One marker candidate, and recent addition to the museum’s exhibit, is Annie E. Jones of Elizabeth City.

In 1920, most Black North Carolinians were disfranchised through discriminatory election laws. However, when the 19th Amendment was added to the U.S. Constitution, it represented an opportunity for Black women to challenge these laws and make their voices heard.

In describing their diligence and preparedness, Jones said, “We colored women are going to know the subject of government from the township unit up to the national Congress and most of us already can show you how to read and interpret the Constitution of the United States.”

The determination of Jones and other Black women in northeastern North Carolina was mirrored across the state. Unfortunately, it was also matched by a white power structure determined to prevent them from voting.

In 1920 these counterefforts proved largely successful. As a result, only three Black women successfully registered to vote in Elizabeth City that year.

In spite of this outcome in 1920, Jones’ efforts to support and prepare Black women to be voters placed her at the center of the African American struggle for voting rights in North Carolina.

Jones was a 1901 graduate of Elizabeth City State Colored Normal School — the forerunner of today’s Elizabeth City State University — and a teacher and later principal in the city’s public school system. A longtime member of Corner Stone Baptist Church, she lived on Speed Street until her death in 1950 and is buried in Oak Grove Cemetery.

If the Annie E. Jones marker nomination is approved, the Pomeroy Foundation will fully fund its creation. The NCWHS is seeking a local sponsor to accept and install this free marker near a site significant to Jones’ life and career. Interested parties should contact Dr. Melissa Stuckey at mnstuckey@ecsu.edu.

Melissa Stuckey is an assistant professor of history at Elizabeth City State University and member of the board of the Friends of the Museum of the Albemarle.