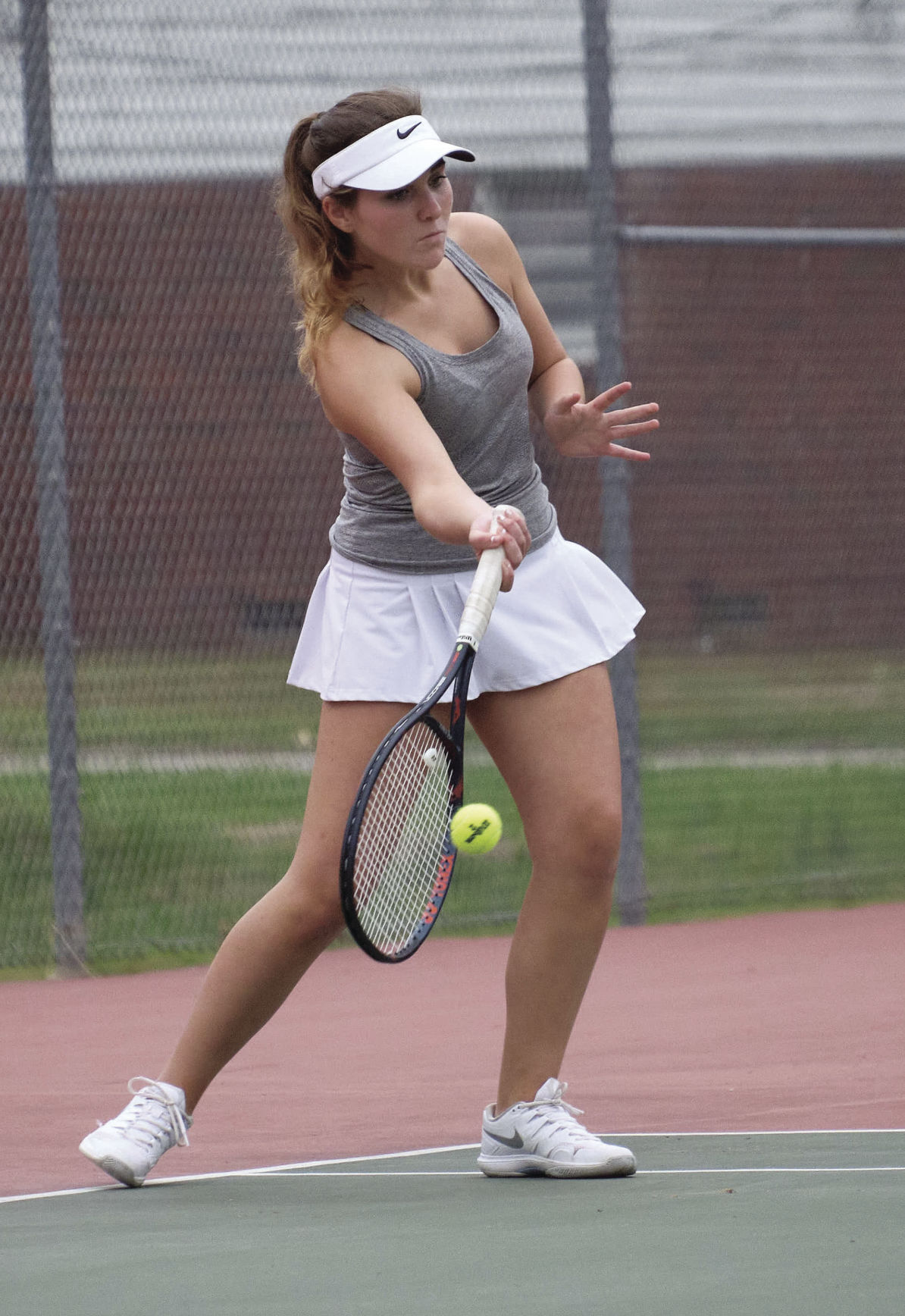 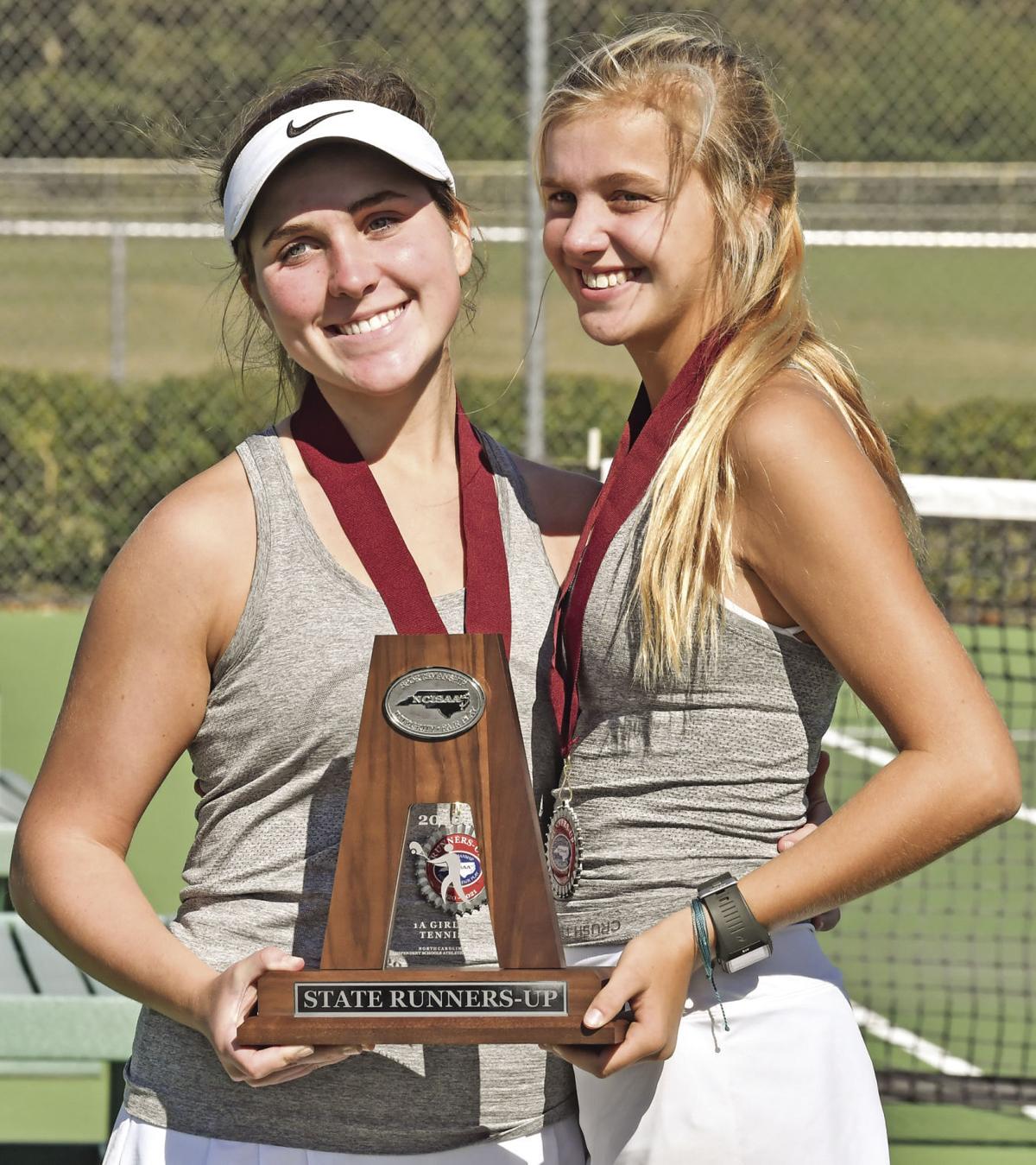 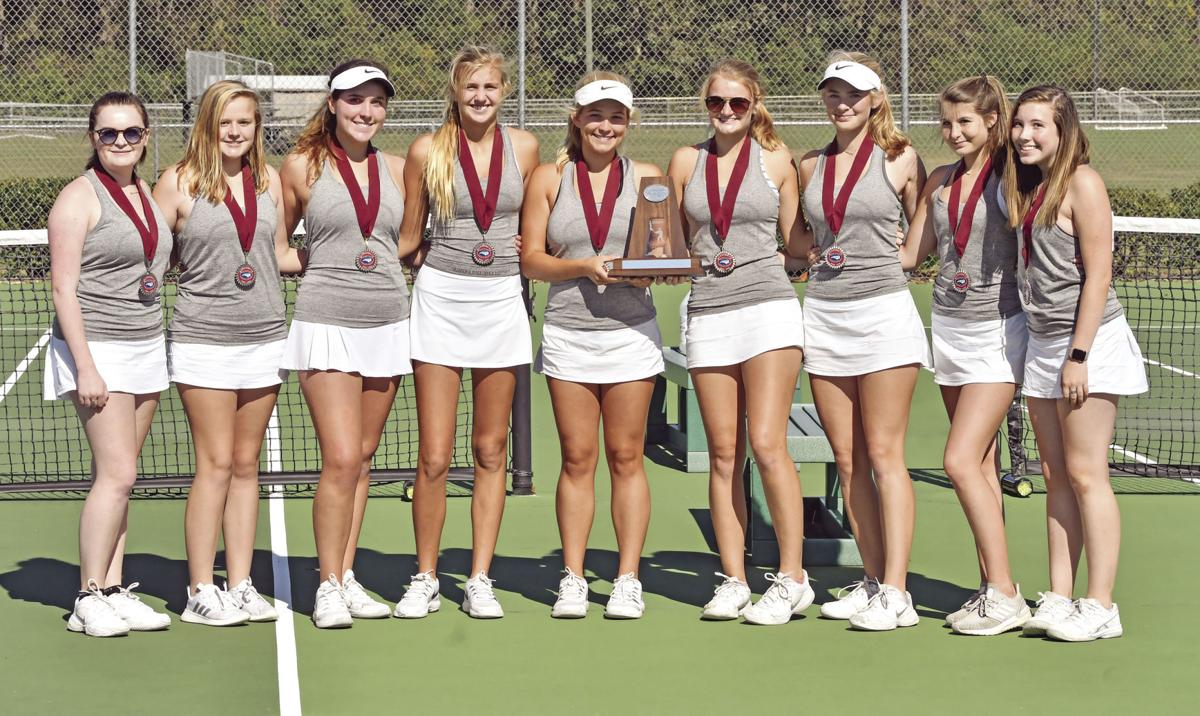 But only one would finish the year with an unblemished record, and Lawrence Academy came up just short in its bid for a title for the second straight year.

The Oakwood School girls tennis team finished 11-0 overall with a hard-fought, 5-3 triumph over the previously-unbeaten Warriors (10-1) at home.

Oakwood’s girls, which won the program’s first state title (the boys have captured three titles), were pushed by the Warriors (10-1) in the final.

Fernanda Oliva Romero, Oakwood’s No. 4 singles player, went to a third-set tiebreaker with LA’s Annie Hayes Trowell before emerging with a 6-2, 4-6, 11-9 win – sealing the state championship.

It so happened that just a few feet away, Lawrence Academy’s No. 6 singles, Addie Phelps, was leading Whitney Moore 7-5, 5-1 and was just four points away from a win when the match was stopped following Romero’s victory.

“Our girls fought hard and I am very proud of them,” said LA head coach Lee Hoffman. “Both teams played well and it just came down to a couple of points.

“Addie was winning her match when Annie Hayes’ match ended, so who knows what would have happened if the tiebreaker had gone a little longer and Addie had won her match,” he added.

The third set tiebreaker between Romero and Trowell went back and forth until a return by Romero gave her the advantage, and a long return by Trowell on point 20 sealed the match and championship for the Eagles.

“Getting those tiebreaking wins gave us a chance,” Hoffman said.

Oakwood started strong in doubles when the No. 1 team of seniors Lily Aranyos and Osborne defeated Emma Cobb and Isabella Spruill 8-1, and the No. 2 duo of Romero and Michela Robinette eased past Clayton and Trowell 8-1.

The Warriors closed the gap with a victory at No. 3 doubles, as Lucy Spruill and Phelps edged Ali and Cambelle Uveges by an 8-5 score.

The two tiebreak wins by Lawrence Academy meant either one of the last two matches on the court would decide it all.

Lawrence advanced to the state finals with a 5-2 win over Greenfield on Tuesday (Oct. 27). Oakwood advanced with a 9-0 win over defending champion Kerr-Vance Academy.

Jim Green can be reached via email at jgreen@ncweeklies.com.