Log In Sign Up
You are the owner of this article.
Edit Article Add New Article
You have permission to edit this article.
Edit
Public Service Info
News
Opinion
Sports
Features
Obits
Multimedia
Classifieds
e-Edition
Our Sites
Extras
Share This
1 of 3 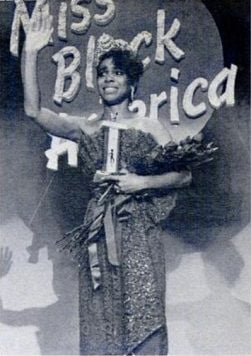 A tearful Rachel Oliver right after winning the title of Miss Black America in 1986. 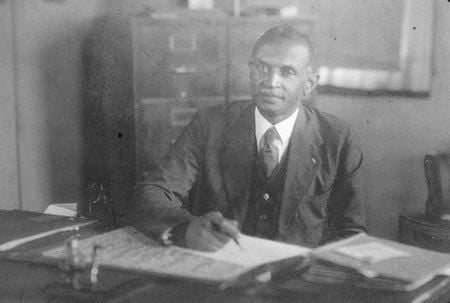 A image of James Shepard from the Museum of Durham History. Shepard was the founder of North Carolina Central University. He died on Oct. 6, 1947. 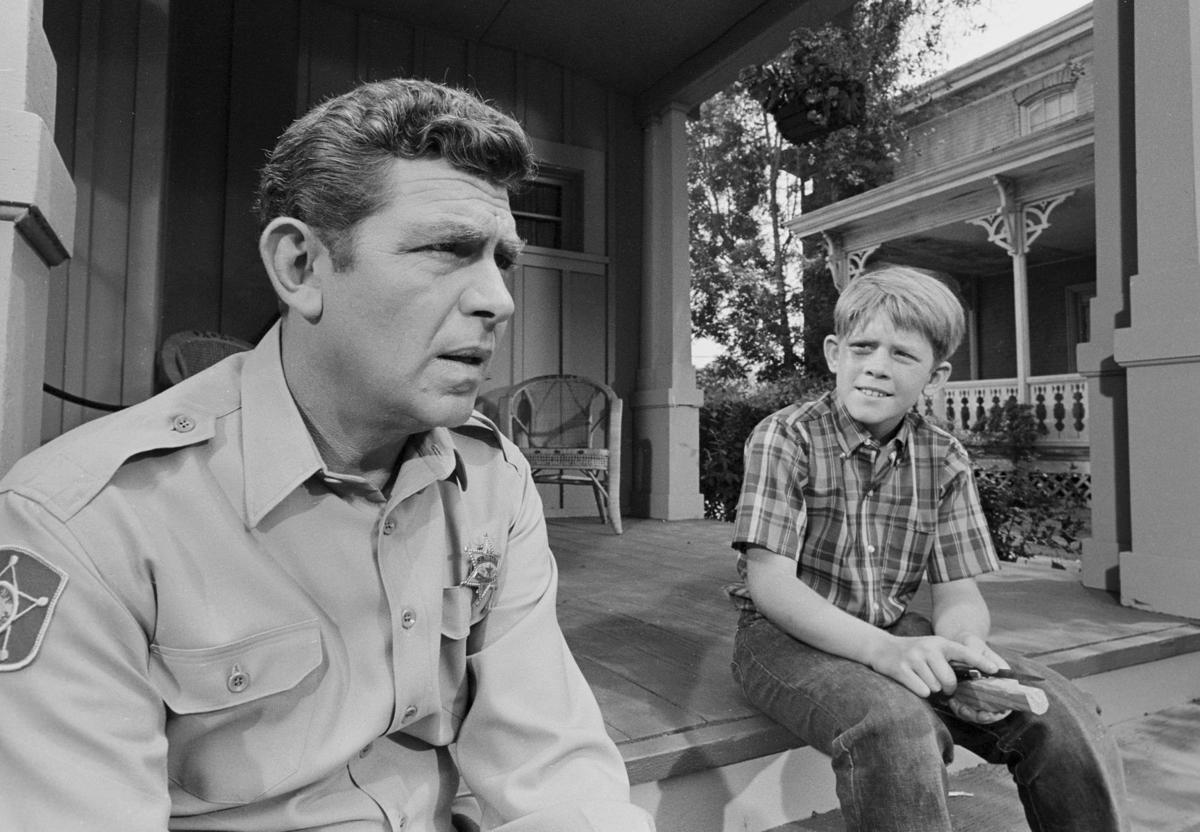 A tearful Rachel Oliver right after winning the title of Miss Black America in 1986.

A image of James Shepard from the Museum of Durham History. Shepard was the founder of North Carolina Central University. He died on Oct. 6, 1947.

On October 1, 1918, the Tarboro Town Council passed an ordinance making it illegal for unpasteurized milk or cream to be sold within the town limits. The ordinance also established a municipal milk plant—the first of its kind in the nation—where local producers could bring their milk to be pasteurized, processed and sold.

The local law was passed in response to an epidemic of typhoid fever, dysentery and colitis that claimed several lives. Outbreaks like these were more common in small towns than big cities because more rural places lacked access to large commercial dairies that used refrigeration and pasteurization to ensure that milk was safe to drink.

First housed in the town’s water plant with deliveries done by horse-drawn carriage, the plant’s product became popular because of its low prices. By 1924, it operated in a separate building with delivery by trucks.

Tarboro’s milk plant became an international model, and officials from across the county and around the world came to learn from the small Edgecombe County town’s example.

On October 2, 1961, The Battleship NORTH CAROLINA came to Wilmington. The mighty ship opened to the public just a couple of weeks later.

At the time of her commissioning on April 9, 1941, she was considered the world’s greatest sea weapon. During World War II, NORTH CAROLINA participated in every major naval offensive in the Pacific area of operations and earned 15 battle stars.

The battleship survived many close calls and near misses with one hit when a Japanese torpedo slammed into the Battleship’s hull on 15 September 1942. A quick response on the part of the crew allowed the mighty ship to keep up with the fleet. By war’s end, the battleship lost only ten men in action and had 67 wounded.

After serving as a training vessel for midshipmen, NORTH CAROLINA was decommissioned in 1947.

In 1958 the announcement of her impending scrapping led to a statewide campaign by citizens of North Carolina to save the ship and bring her back to her home state. The campaign included a special effort among North Carolina’s school children, and of the 1.1 million children in school at the time, 700,000 gave at least a dime. The Battleship remains there today, standing sentinel in the Cape Fear River, one of 27 State Historic Sites.

Premier of an American Classic, The Andy Griffith Show

On October 3, 1960, the first episode of The Andy Griffith Show aired on CBS Television. The program starred Mount Airy native Andy Griffith and focused on life in the fictional community of Mayberry, North Carolina, said to be have been modeled after Griffith’s hometown.

Neither Griffith nor the show won awards during its eight seasons, but co-stars Knotts and Bavier received a combined total of six Emmys. When The Andy Griffith Show ended in 1968, it was the number-one ranked show on television. Many of its 249 episodes still appear in syndication.

Oliver-Cobbin first stepped into the pageant scene while a student at Cummings High School, winning the title of Miss Cummings High in 1983. The victory influenced Oliver-Cobbin, a talented singer, to pursue opportunities in entertainment, leading her to enter the Miss Black Massachusetts pageant while attending Emerson College in Boston. She claimed that title in June 1986 and moved on to the national pageant in Hampton, Virginia, in October.

In addition the crown, Oliver-Cobbin took home a $2,000 award and a fur coat, and after winning the competition, she embarked on a speaking tour of high schools, warning students of the dangers of drugs and encouraging them to pursue their dreams.

In the 1990s, Oliver-Cobbin joined the R & B band Atlantic Starr as a lead vocalist, recording five albums with the group. Today, the accomplished singer and UNC-Greensboro graduate can be found in her home county of Alamance where she continues to mentor young men and women.

On October 5, 1909, the East Carolina Teachers Training School opened its doors with the mission of providing young men and women the training they needed to be able to teach in the public schools of North Carolina.

The school was established in Greenville in 1907 at the urgent persuasion of former governor and Greenville resident, Thomas Jordan Jarvis. There were seven other eastern North Carolina communities vying for institution including Edenton, Washington, Kinston, New Bern, Tarboro, Rocky Mount and Elizabeth City.

When the school opened in October 1909, there were 11 faculty members to teach the 104 women and 19 men enrolled in a two-year training program. In 1911, sixteen members of the first class graduated, all of them women. The first man to graduate, Henry Oglesby, did not do so until 1932.

In 1921, the school began offering four-year degrees. The college offered its first master’s degree in 1929 and began to diversify its curriculum. The school was renamed East Carolina University in 1967, and was incorporated into the UNC system five years later.

Today, East Carolina University is the third largest school in the UNC system, with an outstanding reputation in the fields of teacher training, music, art and medicine.

The eldest of twelve children, Shepard was born in Raleigh in 1875. After graduating from Shaw University with a pharmacy degree in 1894, he married Annie Day Robinson, granddaughter of the renowned antebellum furniture maker Thomas Day.

In 1898, Shepard became one of the first seven investors in the North Carolina Mutual Life Insurance Company in Durham. The company eventually became the largest black-owned business in the South. In 1907, Shepard assisted with incorporating the Mechanics and Farmers Bank, another successful black-owned institution in Durham.

Outside of his businesses, Shepard was very active in politics and education. He served as a clerk in the Recorder of Deeds Office in Durham County and served as Raleigh’s deputy collector for the Internal Revenue Service. In 1910, he opened what eventually become N.C. Central University. The school became a public institution and the first publicly-supported liberal arts college for blacks in the country in 1923. Shepard served as the president of the college until his death in 1947.

On October 7, 1780, Patriot forces defeated the British-led Loyalist militia in the Battle of Kings Mountain, signaling the beginning of the end of British control in the South. Patriots had created an atmosphere of Tory persecution in western North Carolina and in September of 1780, British Major Patrick Ferguson decided to subdue the rebellious region. He warned mountain residents that if insurrection continued, he personally would “lay waste their country with fire and sword.”

Patriot volunteers heeded Ferguson’s challenge. Roused by the threats, many of those who gathered against Ferguson did so only to protect their communities. Joseph Winston and Benjamin Cleveland raised Surry and Wilkes County militias, marching to Burke County, where they met Major Joseph McDowell’s volunteers. Militia groups came from surrounding states—those from Tennessee were known as the “over-mountain men.”

When Patriot forces arrived at the foot of Kings Mountain, they found Tories camped at the top, prepared to repel any attack. Surrounding the base of the mountain, columns of men engaged the Tory line, and eventually the lofty position caused Loyalists to fire over the heads of Patriots who raced up the incline to overrun the first defensive line. Major Ferguson was killed and the Loyalist militia was overwhelmed. The battlefield is now a national military park in South Carolina.

On October 8, 2004, the Chowan County Courthouse reopened to the public after years of renovation. The majestic courthouse, completed in 1767 in Edenton, is considered the finest example of Georgian architecture in the South.

While the architect remains anonymous, many have speculated that either Gilbert Leigh, known to have worked on many houses in the area, or John Hawks, best known for Tryon Palace, supervised construction.

Overlooking Edenton Bay, the building features Flemish bond brickwork and a slightly projecting three-bay entrance pavilion crowned by a classical pediment. The interior consists of two floors, the bottom a courtroom with a large magistrate’s chair in the center. English ballast stones pave the ground floor and, in lieu of paint, the plain walls were whitewashed.

The top floor, an assembly hall, was one of the largest during the colonial period. Beginning in 1778, the hall hosted the Masons of Unanimity #7, an order to which George Washington belonged.

Necessary utilities were incorporated through the years, including telephones, electricity and plumbing services. Although Edenton constructed a modern courthouse in 1979, the historic Chowan County Courthouse remains in use and open to the public.