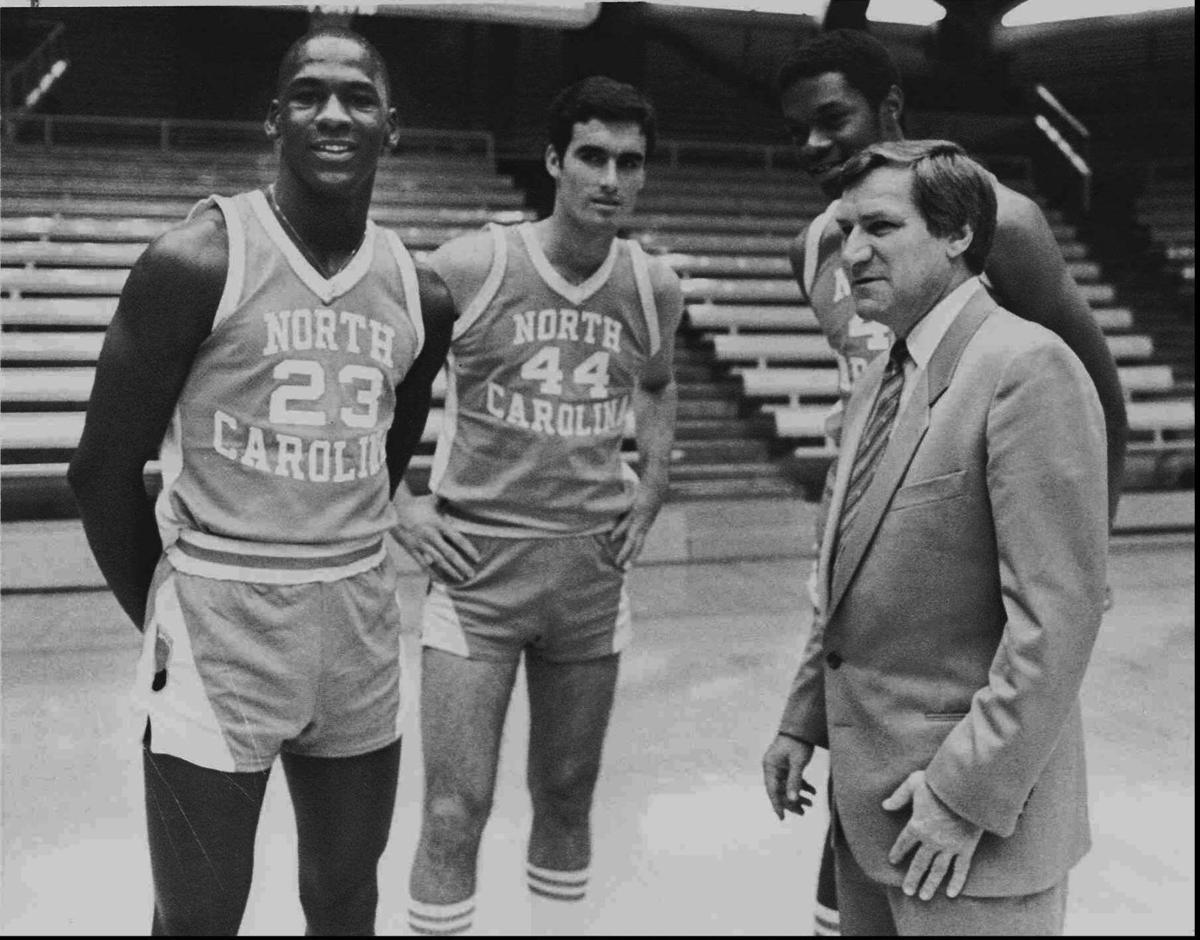 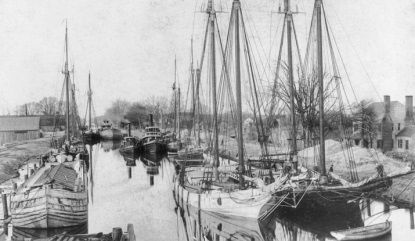 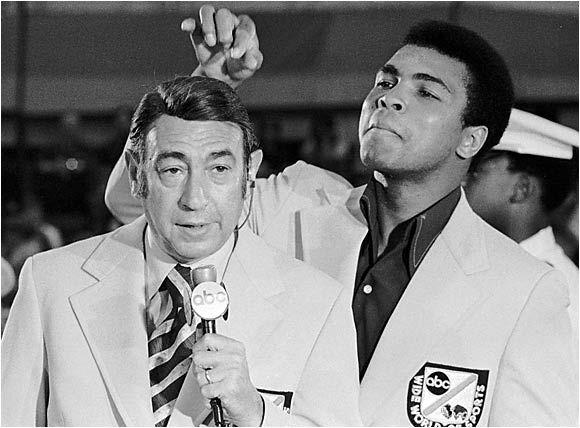 On March 25, 1918, television sportscaster Howard Cosell was born Howard William Cohen in Winston-Salem. Before Cosell turned three, his family moved to Brooklyn, N.Y., where he later changed his surname from Cohen to Cosell to reflect his Polish roots.

Cosell studied law at New York University, passed the state bar in 1941 and served in the U.S. Army in World War II.

After the war, Cosell practiced law in Manhattan and hosted a Saturday-morning ABC radio show featuring Little Leaguers interviewing major leaguers. He became a full-time ABC sportscaster in 1956, first gaining fame as a boxing announcer. He went on to co-anchor Monday Night Football, for which he is now best known.

With his staccato style of speech and trademark “tell-it-like-it-is” approach, Cosell transformed sports broadcasting, winning fans and detractors alike. He wrote four best-selling books, made several movie cameos, and was inducted into the American Sportscasters Association Hall of Fame in 1993.

Diagnosed with cancer in 1991, Cosell died of a heart embolism in 1995, at 77. The next year, he was posthumously awarded an Emmy for lifetime achievement in sports.

On March 25, 1524, an expedition under Giovanni da Verrazzano anchored off the Outer Banks.

The voyage marked the first European exploration of the North Carolina coast. Verrazzano sought a northward sea route to Asia’s lucrative markets on behalf of Francis I of France.

Usually identified as a native of Florence, Verrazzano was a navigator before being commissioned by King Francis to look for a new route to Asia in 1523. He reached the North American coast with one of his four original vessels sometime in March 1524, and probably first explored the Bogue Banks area.

After a brief excursion southward he returned and explored the Outer Banks, anchoring twice and encountering some of the native peoples when going on land. The geography convinced him that the Outer Banks were an isthmus beyond which lay the Pacific.

After leaving what’s now North Carolina, Verrazzano explored the coasts of New York, Rhode Island and Maine. He returned to France convinced that these more northward shores were part of one continent distinct from Asia.

Although he was the first European to explore much of the North American coast, his findings were not immediately followed up on by other explorers. On a later voyage to the Caribbean, he was killed and eaten by Carib Indians.

On March 26, 1749, signer of the Constitution and early political leader William Blount was born in Bertie County.

Blount served in the Continental Army as paymaster before being elected to six terms as a state representative and senator. He went on to accept a position with the Continental Congress, and later served both state conventions called to consider adopting the U.S. Constitution.

A supporter of handing the state’s western lands over to the federal government, Blount became territorial governor of what’s now Tennessee. After leaving North Carolina, Blount worked as the federal Superintendent of Indian Affairs and helped found the state of Tennessee, chairing the convention that drafted the Volunteer State’s first constitution in 1796.

When Tennessee was admitted to the Union in 1796, Blount was elected to the U.S. Senate, but the following year he was expelled from that body for having been involved in a scheme to incite the Creek and Cherokees to aid the British in conquering Spanish-held West Florida.

After leaving Congress, Blount was elected to the Tennessee state senate and chosen as president at its first session in December 1797. He died in Knoxville in 1800.

On March 26, 1722, Governor Charles Eden died. Shortly after Eden’s death, the town nearest his home, known as “the Town on Queen Anne’s Creek”, was renamed Edenton in his honor.

Eden was governor of North Carolina during a period of progressive changes. Although there are few surviving records, he is generally credited with the improvements made during his administration.

Eden’s early life is even more of a mystery than his colonial career. There are no records of his activities, public or private, prior to his 1713 appointment to become the governor of North Carolina.

Though a a leader in his church and a devout Anglican, Eden was tolerant of religious diversity and ensured that the colony’s laws reflected that.

In 1889 Eden’s remains and gravestone were moved to St. Paul’s Churchyard in Edenton.

On March 27, 1931, the General Assembly consolidated what is now UNC-Chapel Hill, N.C. State University and UNC-Greensboro into the University of North Carolina system. The streamlined system was intended to reduce inefficiency and redundancy in higher education.

For more than 125 years the only campus of the University of North Carolina, chartered in 1789, was at Chapel Hill. Beginning in 1877, the General Assembly began to support other institutions of higher education with diverse purposes. After the initial creation of the multi-campus University in 1931, more schools were brought into the fold in 1969.

In 1971 legislation was passed bringing the state’s ten remaining public institutions on board. As of fall 2012, the entire system had more than 175,000 students across all of its campuses. It now includes historically black institutions, a school formed to educate American Indians, colleges established to prepare teachers for the public schools, and a training school for performing artists.

Union cavalry under Stoneman, commander of the Union army District of East Tennessee, conducted one of the longest cavalry raids in history. About 5,000 men under Stoneman’s command entered North Carolina with a mission “to destroy and not to fight battles” in order to expedite the close of the Civil War.

Stoneman’s raid coincided with the raids of Gen. William T. Sherman in the eastern sections of the state.

Stoneman divided his men and sent detachments throughout the region, securing the destruction of factories, bridges and railroad lines. The army relied heavily on local citizens for food and supplies, often emptying local storehouses.

Stoneman’s raids in North Carolina lasted from late March until May. The men marched more than 1,000 miles during the raid and historians credit the expedition with assuring the death of the Confederacy.

The march is considered such a success because it captured artillery pieces and took thousands of prisoners while destroying Confederate army supplies and blocking a line of possible retreat for both Lee’s and Johnston’s armies.

On March 29, 1982, UNC basketball Coach Dean Smith and his Tar Heels won the school’s first national title since 1957. The Tar Heels took on the Georgetown University Hoyas in New Orleans in final game in the National Collegiate Athletic Association basketball tournament that year.

Expectations for the Tar Heels were high since the team lost in the NCAA championship game the previous year. The star power of the 1982 UNC team also raised the hopes of fans with key players Sam Perkins and James Worthy returning from the previous season and being joined by freshman guard Michael Jordan.

The game was close the entire time. The team in the lead was never ahead by more than a few points, with both teams going back and forth the whole night. With 32 seconds left in the game, the Tar Heels were behind. Smith called for a time out, and whatever was said in huddle seemed to work, because when the Tar Heels took the court again Jordan took a jump shot giving them the lead and the win at 63 to 62.

Smith coached the UNC Tar Heels for a total of 36 seasons and took the team to the NCAA tournament 25 times; he earned one more national championship title in 1993 and 17 ACC titles.

Originally authorized by the General Assembly in 1790, a private company which used slave labor was hired to construct the canal. Work began in 1793, and though the canal was finished by 1805, only small boats could traverse its course.

Today, the canal runs 19 miles long, 60 feet wide and nine feet deep. Supervised by the Army Corps of Engineers, it is part of the Intracoastal Waterway that stretches along the Atlantic and Gulf coasts.

On March 31, 1862, Vincent Colyer was appointed Superintendent of the Poor for the Union’s Department of North Carolina. Stationed in the occupied town of New Bern, Colyer immediately set about employing African Americans as skilled laborers to work on fortifications for the town. He managed to have three sets of earthworks constructed during his brief tenure.

Colyer set up schools to educate the African Americans, but ran afoul of Edward Stanly, who was serving as the military governor of North Carolina. Stanly was under orders to restore North Carolina to the Union as it was before the Secession movement, and in Stanly’s view that meant that educating blacks was illegal. Colyer successfully appealed to Lincoln, who disagreed with Stanly’s stance.

Colyer produced a detailed accounting of his time as Superintendent that highlights the breadth of activities performed by African American men. In addition to having pioneering jobs, these men served as scouts and spies.

After the Civil War, Colyer became a successful artist, noted especially for his paintings of the American West.

The story began a year earlier when Alabama businessman Lowell Harrelson proposed to alleviate overcrowding in a Long Island landfill by sending garbage to landfills across the South via barges. A parcel in Jones County was selected as the site for the first transfer of waste, and more than 3,000 tons of garbage set sail aboard the Mobro 4000 in late March 1987 bound for the port in Morehead City.

After the story broke, local residents quickly became incensed at the prospect of New York garbage being dumped in pristine coastal North Carolina. A state environmental official spotted a bedpan in the trash, leading the load to be classified as medical waste.

The state Department of Human Resources received an injunction blocking Harrelson from offloading the garbage, and soon the barge was headed to Louisiana. After being turned away there and by five other states and three counties, the town of Islip, which had originally sent most of the garbage, agreed to take the load.

The Mobro’s 6,000-mile, five-month odyssey captured the attention of the nation. Dan Rather called the shipment:

“The most watched load of garbage in the memory of man.”

For more about North Carolina’s history, arts, nature and culture, visit DNCR online. To receive these updates automatically each day, make sure you subscribe by email using the box on the right, and follow us on Facebook and Twitter.