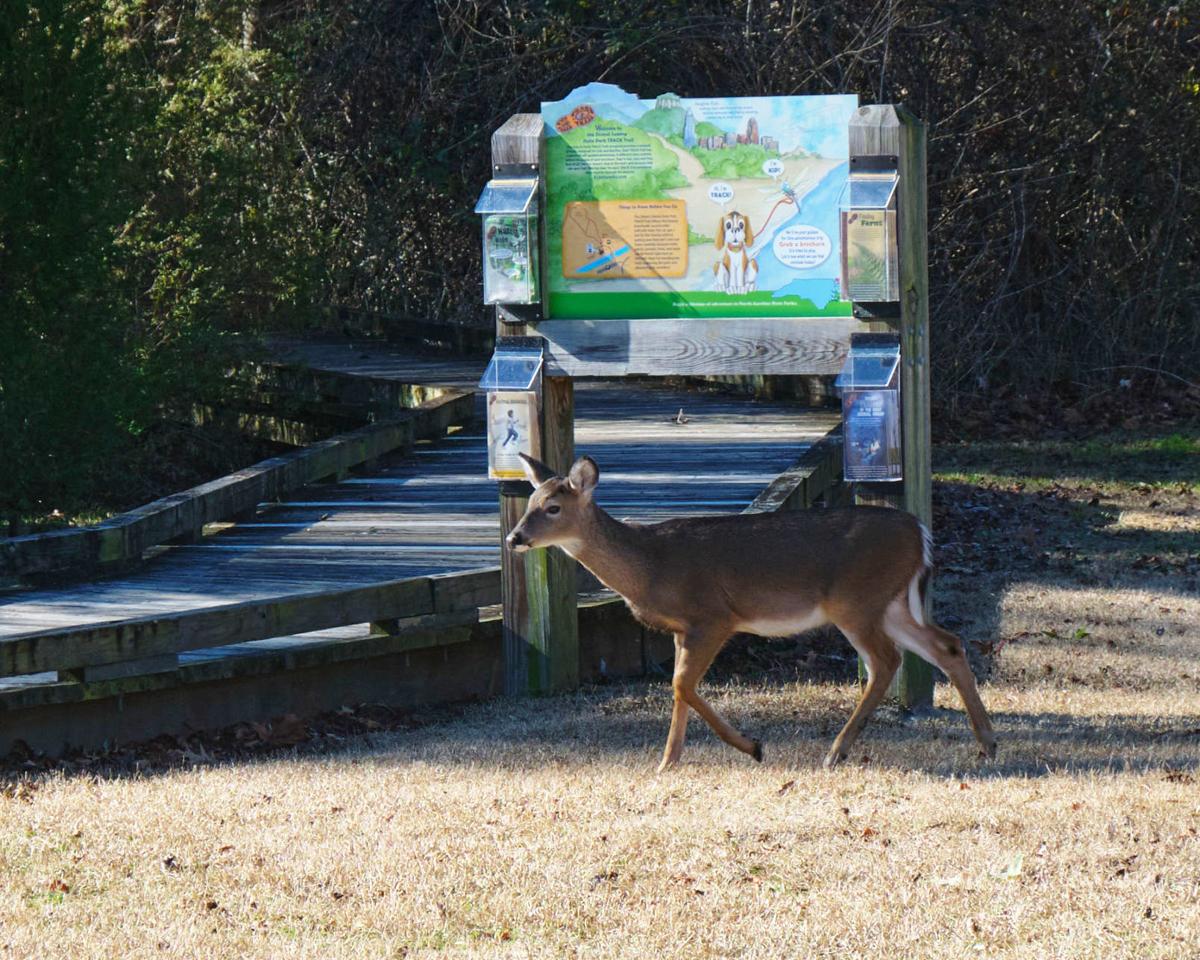 A young deer walks past the boardwalk entrance at Dismal Swamp State Park. 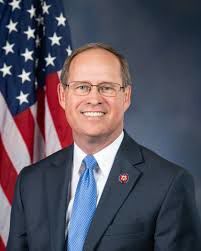 The legislation, if passed by both the House and the Senate, directs the Department of the Interior secretary to assess the “suitability and feasibility” of designating the Great Dismal Swamp and its associated sites as a National Heritage Area.

Murphy is hopeful that the legislation will work its way through Congress when it reconvenes next month.

“The Great Dismal Swamp has an extremely rich cultural history,” Murphy said in an email this past week. “It is my hope that this legislation can cross the finish line in the next Congress and the secretary of the Interior recommends it be designated as a National Heritage Area.”

If the swamp is designated an NHA, the National Park Service would provide technical and planning assistance, as well as some financial funding. The agency is a partner and adviser, but the decision-making authority remains in the hands of local people and organizations.

“Through these lenses, NHAs tell stories that are both regionally unique and nationally significant, helping to recognize and celebrate our nation’s diverse heritage,” Murphy and the other representatives said in a joint release in 2020. “As a grass-roots, community-driven approach to heritage conservation and economic development through public-private partnerships, NHAs support historic and natural resource preservation, recreation, heritage tourism and educational projects.”

The Great Dismal Swamp is known for its cultural and historical significance in both North Carolina and Virginia. The swamp is home to the ancestral lands of the Nansemond Indian Nation and the historic lands of the Haliwa-Saponi and Meherrin Tribes.

It is also home to the largest known collection of archaeological artifacts from “maroon” colonies and one of the only known water-based stops on the Underground Railroad to freedom.

“National Heritage Areas serve for us and future generations as a reminder to remember the stories and places that have shaped America,” McEachin said in a press release. “In addition to safeguarding wildlife populations and their habitats, the Great Dismal Swamp is an American storyteller — preserving and commemorating people, cultures and events that are key to our nation’s history.”

Paul Nielsen is a staff writer for the Daily Advance.