Log In Register
You are the owner of this article.
Edit Article Add New Article
You have permission to edit this article.
Edit
News
Opinion
Sports
Features
Obits
Local Events
Multimedia
Classifieds
e-Edition
Our Sites
Extras
Share This 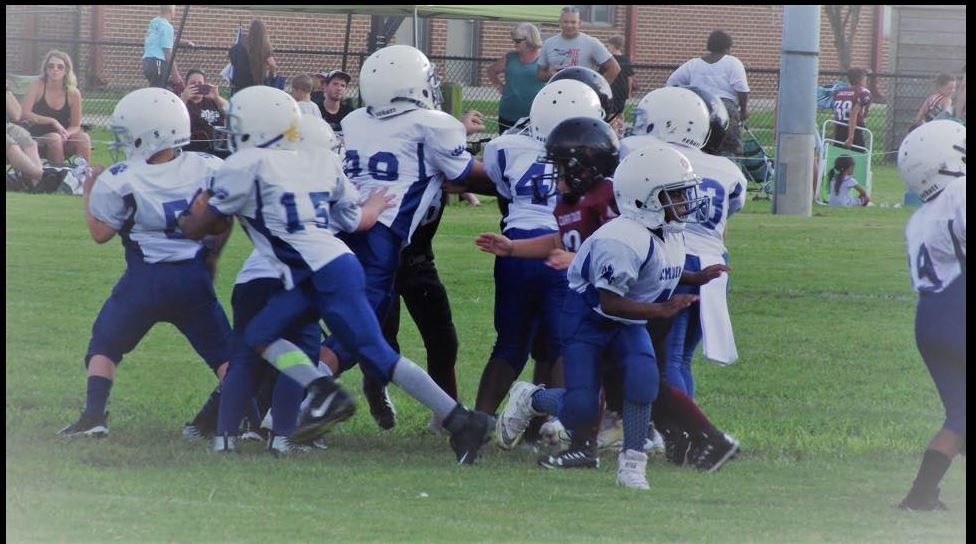 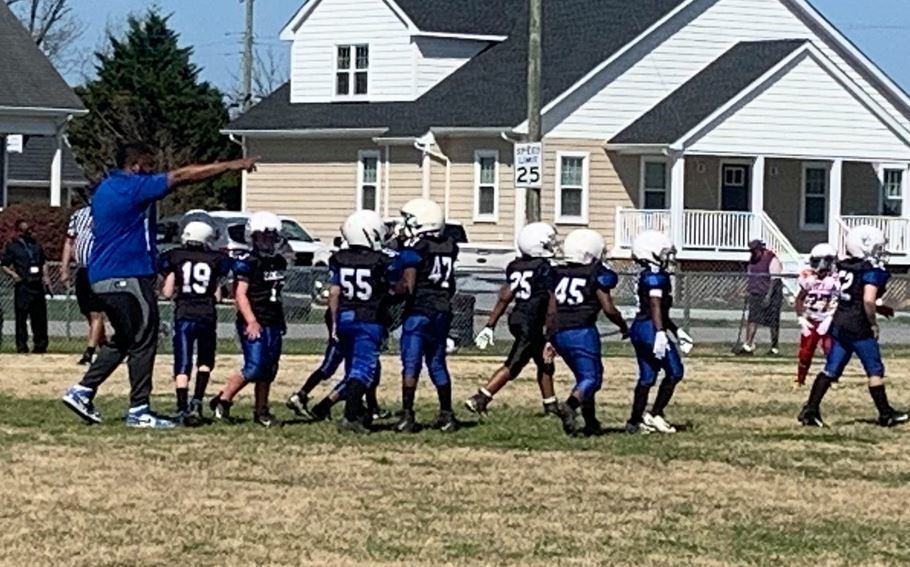 CAMDEN — Parents of the Camden Bears youth football team told the Camden Board of Commissioners Monday they believe their organization has been treated unfairly by county parks and recreation staff over COVID-19 concerns.

Felicia White, a parent who helps with the team’s administration, said Camden Parks and Recreation Director Tim White informed her March 9 that the youngsters would no longer be able to use fields at Camden Community Park.

White said the parks and recreation director told her he had a 27-second video shot by a county employee from the parking lot of the facility showing the children were having contact during a team practice. She said she was told that violated the team’s use of the county facility because contact practices were prohibited because of COVID-19 guidelines.

“I told Tim (White) that that was not possible because I was present the entire time at that practice,” White said. “I asked Tim to share that video with me and he refused.”

White said her husband, who has coached college football for 20 years, has gone over specific drills with the Bears’ parent-coaches. “We went through drills that would allow the boys to prepare to play in a game without actually playing the game,” she told commissioners.

However, the county Parks and Recreation director said the Bears can’t practice at the county park, “and it was because of this 27-second clandestine video,” she said.

White said the video had to have been shot in the dark, because it was between 6 p.m. and 7 p.m. before the start of Daylight Saving Time. She also said no one connected to the team has been allowed to see the video.

As a result of the county’s prohibition on using the fields at Camden Community Park, the team’s players are currently practicing in Elizabeth City, she said.

White said parents of Bears players feel the team’s treatment has been unfair because they’ve witnessed children practicing soccer on the Community Park field without masks and without keeping 6 feet apart.

“I would really like to know why the restrictions are being scrutinized for one group and not the other,” she said.

Camden Board of Commissioners Chairman Tom White told Felicia White that commissioners would look into the situation.

Bowman indicated the controversy is “probably a matter of communication.”

“I think it’s more about communication right now than it is anything else,” he said.

Bowman said he believes all youth sports will be back to normal, or close to normal, in just a few months.

For now, however, the county’s guidelines remain in place.

“Everybody has to abide by the guidelines,” Bowman said.

Britton Overton, another parent of a Bears player, told commissioners Monday he was “disappointed with the Parks and Rec Department.”

Overton, who is director of transportation for Camden County Schools, said the school district has had numerous meetings and spent enormous time and energy planning how to comply with COVID-19 guidelines recommended by the N.C. Department of Health and Human Services.

Many members of the county Parks and Recreation Advisory Committee don’t understand DHHS guidelines and why they are being followed, Overton said. For most of the past year the county’s website has indicated Parks and Rec is shut down because of COVID-19, he said.

“There is no information,” Overton said, referring to the website.

“There just has been no effort,” Overton continued. “It seems like everybody in the country, everybody in this world, has worked to overcome the COVID-19 challenges, and our Parks and Rec Department has done nothing.”

Overton said he planned to follow up with commissioners and Tim White about his concerns, adding that he’s hopeful he’ll get a response about how things will be done better going forward.

Jennifer White, another parent of a Bears player, said she works at Waterbrooke in Elizabeth City, an assisted living facility, and has dealt a lot with COVID-19 concerns.

“My child just wants to play football,” she said.

White said she is proud of how her son has improved his grades. Initially his grades dropped during the COVID-19 pandemic, she said.

White said she initially was wary of her son playing football because of COVID. However, she now thinks it’s time to move forward. White said the Camden community needs to find a way to support local kids who want to play football and represent the county on the field.

Christopher Sparks, also the parent of a Bears player, said it’s a shame the youth football team can’t practice on its own field.

“It’s not honorable as far as I’m concerned,” he said.

Marcus White, who said he has been a college football coach since 1998, told commissioners he had spoken to youth coaches in Camden about how to practice and prepare for games in compliance with COVID guidelines. All guidelines have been followed, he said.

Commissioner Clayton Riggs said he was trying to understand what was going on.

“I’m trying to figure out who stopped what?” he asked.

Overton said there were COVID issues in the fall that wouldn’t allow the Bears to play. But as time has gone forward and COVID cases have declined, a lot of guidelines have changed, he said. As of Monday, there were no active COVID-19 cases in Camden County, according to the Albemarle Regional Health Services website.

Overton said one of the reasons he was told the Albemarle Youth League is hosting a Spring league was because only two organizations had been able to put together a team: Pasquotank and Camden. He said other organizations are using the field, including organizations with participants from outside Camden and Pasquotank counties.

“I feel like the football league has been targeted here, and that’s why I’m disappointed,” Overton said.

Nicholas Rhodes, who has taken over as director of the Bears football team, said he wanted to grow the program, including conditioning programs. Rhodes said the team set up COVID protocols that included temperature checks and guidelines to wear masks.

He said the Bears were told they would have to wait until Camden High School started practicing before the youth football team could engage in contact practices. As a result, the team was shut down beginning in November, he said.

In February the team started back and was shut down again because of the “contact” concerns. But Rhodes said the practices actually included only linemen coming out of their stances and raising their hands. Then other issues were raised, including insurance, but the team has always made provisions for insurance, he said.

“Then it was just one thing after another to shut us down,” Rhodes said.

The Elizabeth City Police Athletic League provided the team a place to practice, he said.

“We just want our kids to be able to practice at our facility,” Rhodes said.