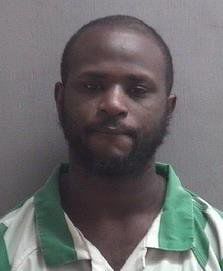 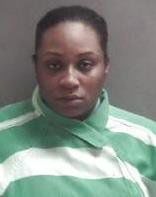 Elizabeth City police have secured arrest warrants against a man shot during an alleged home invasion last week and have arrested a local woman they say obstructed justice in the incident.

Police also have charged a second suspect in a Jan. 24 shooting incident at Hickory Village Mobile Home Park. No injuries were reported in the incident police now say involved an exchange of gunfire.

In a press release on Monday, police said Tyrell L. Johnson, 38, of the 200 block of Keener Ave., New Bern, will be charged with first degree burglary and obstructing justice in connection with Friday’s home invasion in the 400 block of Bell Street.

According to Agent Lamont Butts of the Elizabeth City Police Department, Johnson entered the Bell Street residence by a back door about 6:37 a.m. and was confronted by the homeowner. During the incident, Johnson was shot twice by the homeowner, who then called police.

John­son was gone from the Bell Street res­i­dence by the time po­lice ar­rived, Butts said. However, police were alerted that he had shown up at Sen­tara Albe­marle Med­i­cal Cen­ter, where he sought med­i­cal treat­ment. Dale Gaud­ing, a spokesman for Sentara Albemarle, said Fri­day that John­son was in fair condition at Sen­tara Nor­folk Gen­eral Hospi­tal in Norfolk, Virginia.

Besides the charges related to the alleged home invasion, Johnson also has warrants for a parole violation, cyberstalking and for failing to register his address as a sex offender, Butts said Monday.

According to Butts, Freshwater — who was arrested Friday — is accused of picking up Johnson and “intentionally” withholding his identity from authorities. She is charged with felony obstructing justice and was confined at Albemarle District Jail in lieu of a $4,000 secured bond.

In the arrest in the Hickory Village Mobile Home Park shooting, Andrew Jermaine Jordan, 31, of the 1400 block of River Road, was taken into custody on Thursday, Officer Barbara Morgan said Monday.

According to Morgan, Jordan is accused of exchanging gunfire with another man, Kyle Jorden Anthony King, who was arrested shortly after the incident.

Jordan is charged with assault with a deadly weapon with intent to kill, discharging a weapon into occupied property, discharging a firearm in the city limits, possession of a firearm by a felon and a parole violation. He is being detained at Albemarle District Jail in lieu of a $101,000 secured bond. No bond was set for the probation violation, Morgan said.

According to Morgan, officers responded to a shots-fired call at Hickory Village at 10:27 a.m. on Jan. 24. As officers were en route, they received a description of the vehicle believed to have been involved in the shooting.

A vehicle matching that description was pulled over in the area of Roanoke Avenue and its two occupants, King and a woman whose name was not released, were detained. After they were questioned at the police department, charges were filed against King, Morgan said.

King, 24, of the 200 block of Ibis Way, is charged with assault with a deadly weapon with intent to kill, discharging a weapon into an occupied dwelling and discharging a firearm in the city limits. He was being detained at Albemarle District Jail in lieu of a $51,000 secured bond.