Get Started
You are the owner of this article.
Edit Article Add New Article
You have permission to edit this article.
Edit
News
Opinion
Sports
Features
Obits
Multimedia
Classifieds
e-Edition
Our Sites
Extras
Share This
1 of 2 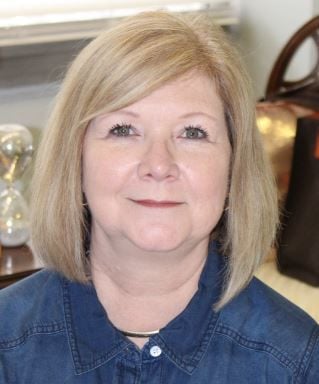 The city of Elizabeth City this week hired both a new public utilities director and a new finance director.

Bell’s annual salary will be $90,000 and Benton’s will be $85,000. Upon a successful six-month performance evaluation Benton will receive a 2 percent increase.

“Those are critical positions,” Buffaloe said Wednesday. “We made a a decision as city management and city council that we would go ahead and fill those positions.”

He has 19 years of experience, including 17 in Elizabeth City’s Public Utilities Department and recent stints as public works director in the eastern North Carolina towns of Selma and Hertford.

Buffaloe noted that Bell was selected through an assessment center conducted Nov. 17 that included interviews with department heads, a technical panel and peers; a budget presentation; and other exercises and meetings.

Benton previously served as interim finance director after then-Finance Director Sarah Blanchard’s departure from the city. She has worked for the Finance Department for the past 31 years.

Benton earned a bachelor’s degree in business administration with a concentration in banking and finance from ECSU.

“Her 31 years of experience with the city of Elizabeth City Finance Department have been impeccable,” Buffaloe said.

“Benton is the best candidate and fit for this organization now and moving forward,” Buffaloe said.