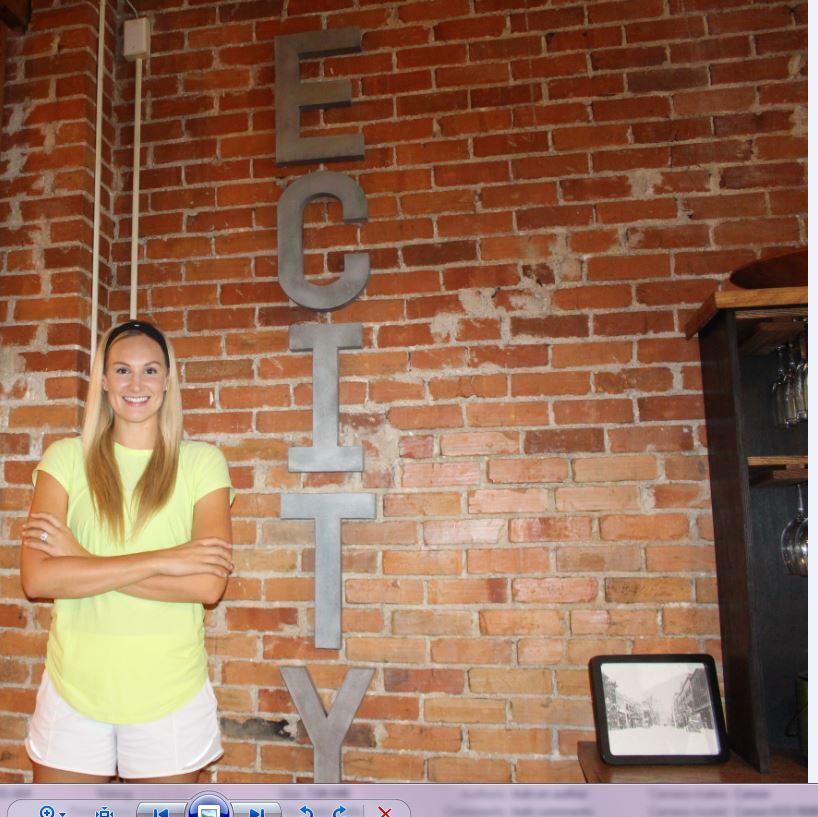 Taylor Bradbury stands next to an "ECITY" emblem on an interior brick wall in the downtown condo at 603 E. Colonial Avenue, Apt. 1, that she's renting through the online housing rental site Airbnb about 15 days a month. 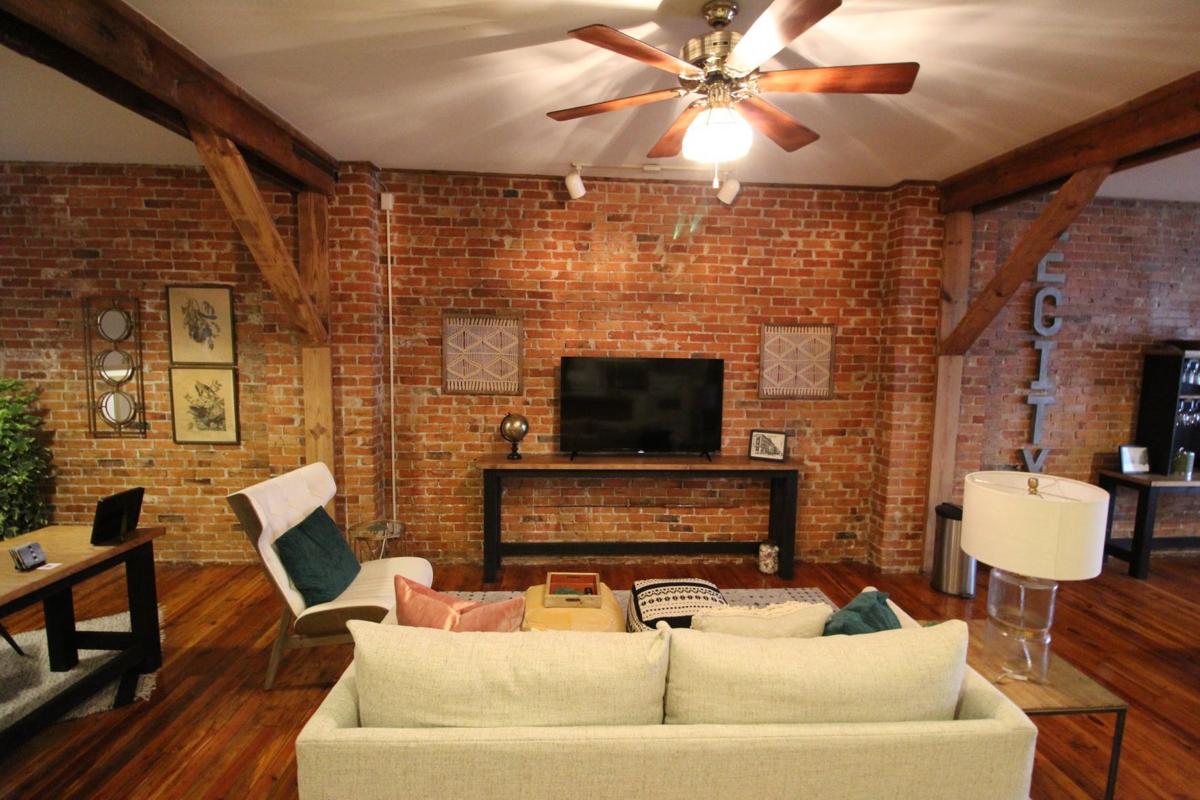 This is part of the interior of a condo that Taylor Bradbury is offering for short-term rental in downtown Elizabeth City.

Taylor Bradbury stands next to an "ECITY" emblem on an interior brick wall in the downtown condo at 603 E. Colonial Avenue, Apt. 1, that she's renting through the online housing rental site Airbnb about 15 days a month.

This is part of the interior of a condo that Taylor Bradbury is offering for short-term rental in downtown Elizabeth City.

Taylor Bradbury says demand for short-term rentals in Elizabeth City grew by more than 50 percent over the past year.

With that in mind, Bradbury, a Camden County native, decided to get into the short-term rental business with the new condo she and her husband, Lamar, purchased in the city’s downtown.

Taylor Bradbury is renting 603 E. Colonial Avenue, Apt. 1, through the online housing rental site Airbnb about 15 days a month. She and Lamar, who also own a business in Charlotte, are dividing their time between Charlotte and Elizabeth City, and plan to live in the condo themselves when they are in town.

“We bought the condo partly for ourselves,” she said.

A 2010 graduate of Camden County High School who played volleyball at the University of North Carolina at Charlotte, Bradbury has been helping run her family’s business here since her father’s death in April.

“We have always loved the downtown area,” Taylor Bradbury said. “I have just seen it grow over the years. I just love historic downtowns — the curb appeal, the Mayberry feeling. And the waterfront is great, too.”

The Bradburys’ condo is located on the second story of the former Culpepper Hardware building, and is across Colonial Avenue from Hoppin’ Johnz New South Cuisine, The Mills Downtown Bistro, and Pailin’s Alley. The first floor of the building is occupied by an art studio.

“The windows look out onto Poindexter,” she said.

Even though it still represents a small percentage of the overall total, occupancy tax revenue from short-term rental housing nearly doubled in Pasquotank County last year.

According to data compiled by Visit Elizabeth City, the city and county’s tourism agency, short-term rental housing booked through such online sites as Airbnb accounted for $22,491 in occupancy tax revenue for the city and county in 2019. That compares to $12,505 in 2018.

While that’s only 3 percent of the overall $743,158 in occupancy tax revenue that flowed to the two governments in 2019 — $717,036 of it from stays at motels and hotels — it’s more than six times as much room tax revenue generated by bed and breakfasts in the county last year.

Corrina Ruffieux, Visit Elizabeth City director, said short-term rental sites like Airbnb are “pretty strict” about the privacy of their hosts, but it appears there are currently about 50 operating in Pasquotank. She said hosts vary widely.

“Some are a room in someone’s home, others are the entire home, many are rooms in our traditional B&Bs who use the Airbnb platform for booking,” she said in an email.

Bradbury held an open house at her condo on Thursday night and listed it on Airbnb Friday. She noted the condo includes a working desk for business travelers who want a place to work.

Much of the decor was bought or even made locally. Furniture was custom-made by Anthony Moore of Hertford. Bradbury looked to Sanctuary Designs for interior design work.

“There’s a lot of local business in here,” she said, referring to the way she has used local items in decorating the condo.

Bradbury said there is good community support for the downtown district, support that has been growing in recent years. There’s also growing interest in the downtown as a short-term rental housing option.

Bradbury she she’s aware of at least two other apartments in the downtown area that are being rented through Airbnb. The owner of those apartments, Donnie Markham, has provided her helpful advice, she said.

Markham, who owns No Limit Fitness in the old Chesson building downtown, said he has five apartments on the second floor and rents three of them to long-term tenants. But for about a year he operated the other two as short-term rentals, and enjoyed good success doing so, he said.

A lot of people like staying in the downtown district and enjoy the walking-distance proximity to restaurants, Markham said.

People stay in Elizabeth City for a number of reasons, he said. Three common reasons are that it’s close to the beach, they’re visiting family who live here, or because they’re traveling for business.

All of his reservations for April were canceled after the COVID-19 outbreak, Markham said. However, the rental business started bouncing back beginning in May, he said.