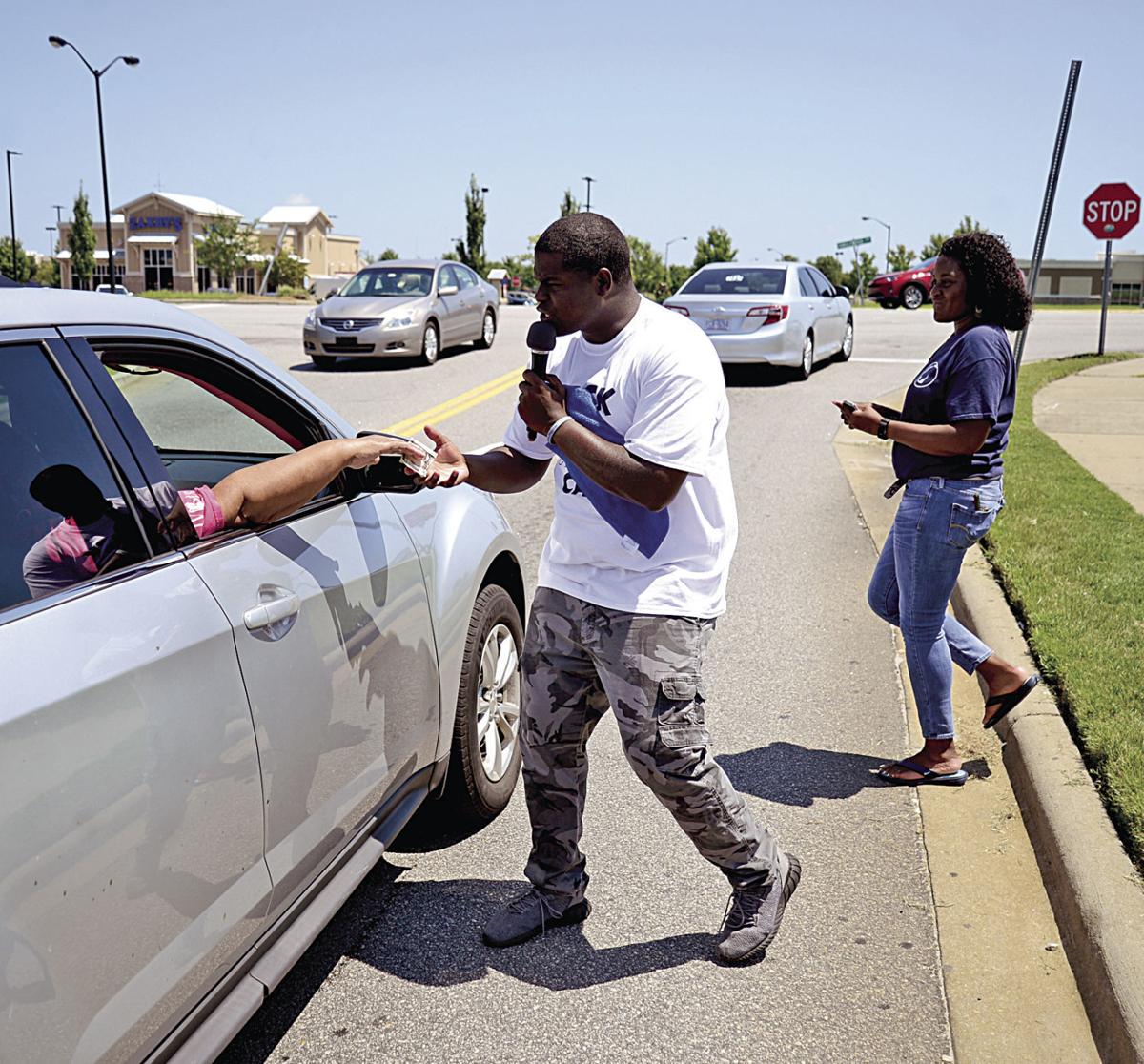 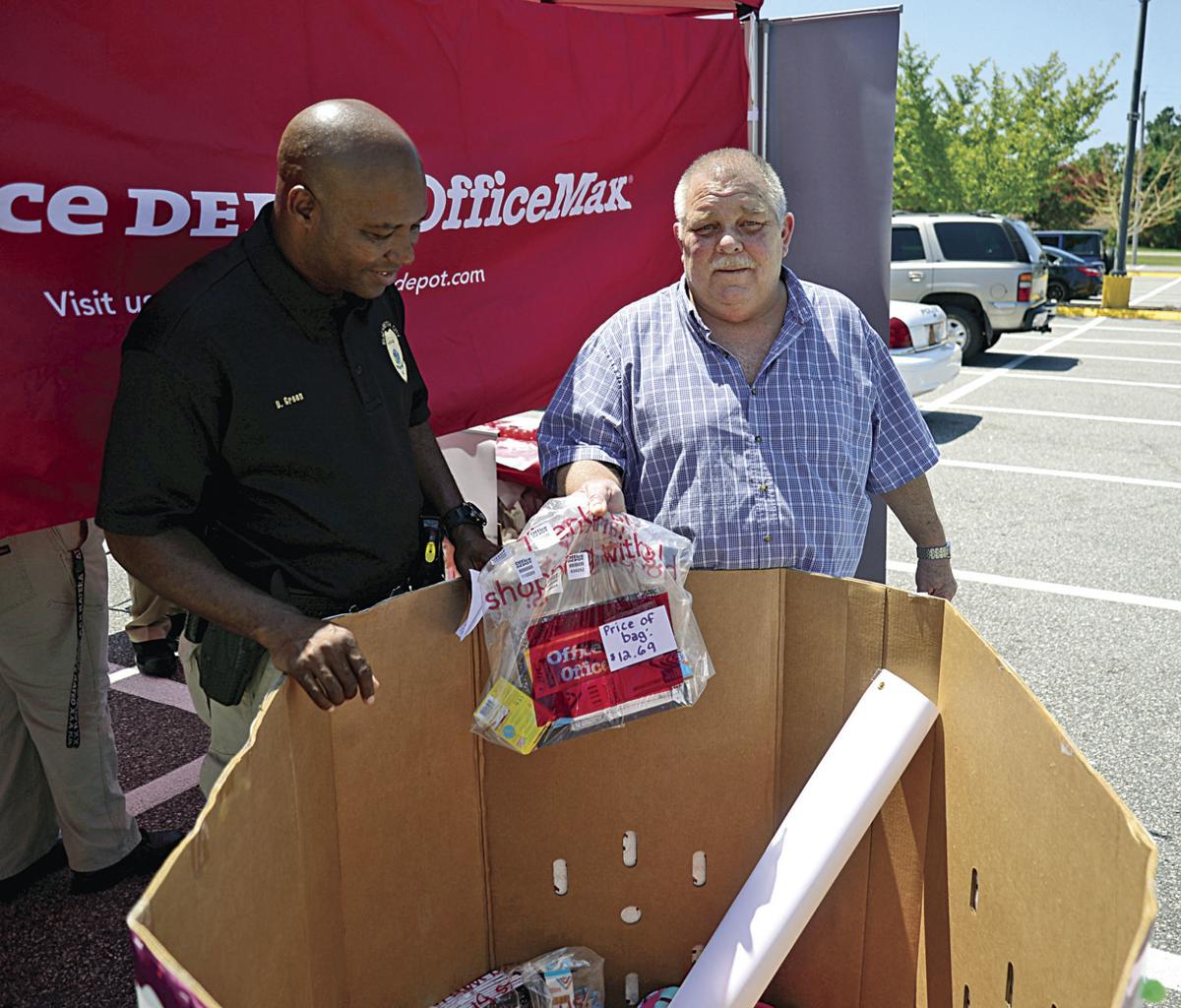 Harry O’Neal knows not everyone can afford to buy their children all the necessary school supplies before school starts in a few weeks.

That’s why O’Neal was among the many residents who donated school supplies and money to local supply drives on Friday.

“Everybody has to have an education,” said O’Neal, who contributed a bag of supplies to the Elizabeth City Police Department’s “Stuff the Car” event, held in the parking lot at OfficeMax off Halstead Boulevard.

Across town at the McDonald’s on Tanglewood Drive the Elizabeth City-Pasquotank Public Schools was holding its annual supply drive. Assisted by the Pasquotank County Sheriff’s Office, school principals and deputies lined the sidewalk seeking donations from passing motorists.

Leading the group was Deputy Jeremy Purkett, who joked with drivers and passengers while asking for just $1 to support local school children.

Shelly Olsovsky is a teaching assistant at Weeksville Elementary. She said her children understand the importance of helping those who are not as fortunate, because they wanted to stay a little longer at McDonald’s to help with the fundraiser.

“I had planned on leaving at 12 and I’m not gone because they wanted to stay here,” she said, at around 1 p.m. on Friday.

“I told my son, don’t wear that hat because it’s too hot,” Olsovsky said. “And he said, no, I want to get school supplies for the kids.”

Sgt. Anthony Alexander, the school resource officer at Northeastern High School, said this was the seventh year that the school district had partnered with McDonald’s to collect school supplies.

“It turned out pretty cool this year,” he said.

One thing that helped grow this year’s event was Walmart donating a gift card to the school that collected the most supplies, Alexander said.

Individual schools were represented Friday by patrol cars and the gift card was awarded to the school whose car had the most supplies inside it.

Participating for a third consecutive year were employees at Pasquotank Correctional Institution. They held bake sales to raise money for school supplies, plus filled an entire truck with supplies and brought it to Friday’s event, Alexander said.

“This is the most they have done,” he said, of PCI’s all-time contributions.

Pasquotank-Camden Emergency Medical Services also had workers at the scene, packing an ambulance full of supplies.

McDonald’s provided coupons for a free item to residents who donated and also hosted face-painting inside the restaurant.

Back at OfficeMax, Elizabeth City Police Officer Dexter Green and OfficeMax officials manned a supply drop-off point. Green said supplies collected Friday would be added to additional supplies the station already has collected. Those supplies would be given out to children at a back-to-school bash scheduled for Saturday, Aug. 24, at Waterfront Park.