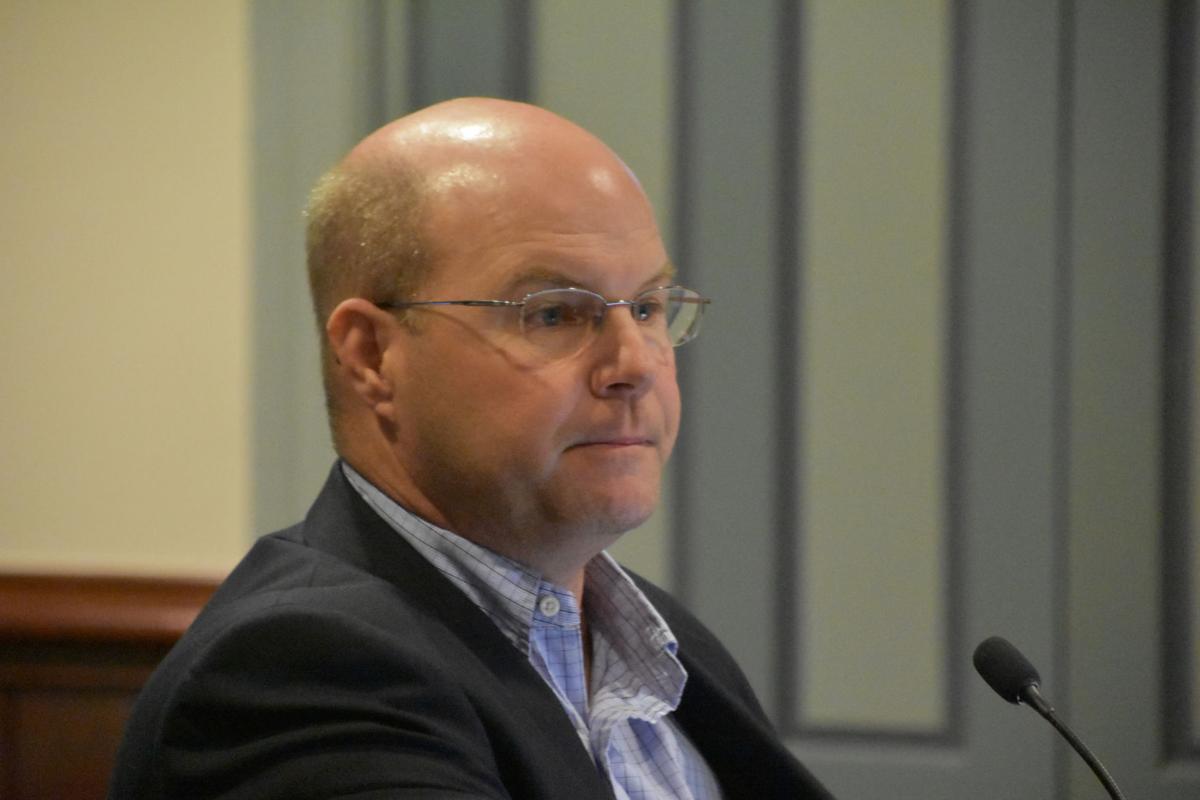 N.C. Department of Transportation Division 1 Engineer Jerry Jennings listens to questions from the Currituck County Board of Commissioners while giving them an update on the proposed Mid-Currituck Bridge and other road projects in the county, Monday. 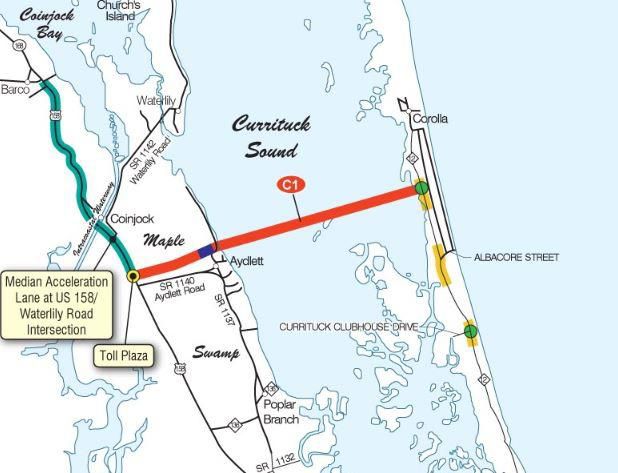 Shown is a map of the proposed route for the Mid-Currituck Bridge.

N.C. Department of Transportation Division 1 Engineer Jerry Jennings listens to questions from the Currituck County Board of Commissioners while giving them an update on the proposed Mid-Currituck Bridge and other road projects in the county, Monday.

Shown is a map of the proposed route for the Mid-Currituck Bridge.

CURRITUCK — The N.C. Department of Transportation’s record of decision spelling out the scope, costs and financing for the long-awaited Mid-Currituck Bridge project won’t be released this month, as agency officials initially hoped.

Instead, the record of decision on the estimated $489 million bridge project will be released this summer, DOT Division 1 Engineer Jerry Jennings told the Currituck Board of Commissioners earlier this week.

Generally, a record of decision is the formal document spelling out, in detail, the scope of a future transportation project. Gretchen Byrum, a DOT division project development engineer based in Edenton, told The Daily Advance last August the record of decision was anticipated in April of this year.

According to Jennings, the re-evaluation of the environmental impact statement for the bridge project is also nearing completion. An EIS is required to show that a transportation project’s potential effects on the environment have been analyzed.

An EIS for the Mid-Currituck Bridge was completed in 2012, but Jennings said the document had to be re-evaluated because of the passage of time since it was finished.

DOT’s plan for the Mid-Currituck Bridge still call for it to be tolled. The two-lane span is designed to link the Currituck mainland with Corolla on the Currituck Outer Banks and help ease traffic congestion on Caratoke Highway in lower Currituck during the summer months.

Jennings said officials with the N.C. Turnpike Authority in Raleigh, which will manage the bridge once it opens, recently met with the agencies involved in trying to finalize re-evaluation of the EIS. Turnpike officials are also working with the Federal Highway Administration to complete the report. Work on traffic and revenue studies for the bridge are also in progress, he said.

The outcome of those studies will be key to developing the bridge’s financing plan, which in turn will determine the type of construction contract for the project, Jennings said.

He advised Currituck commissioners to expect a visit from the Turnpike Authority sometime this summer. He said the agency is planning meetings with stakeholders to discuss the next steps in the bridge project.

“So, the process is moving forward,” he said.