Log In Register
You are the owner of this article.
Edit Article Add New Article
You have permission to edit this article.
Edit
News
Opinion
Sports
Features
Obits
Multimedia
Classifieds
e-Edition
Our Sites
Extras
Share This
1 of 4 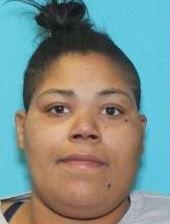 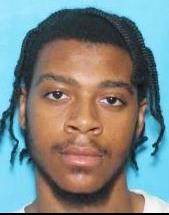 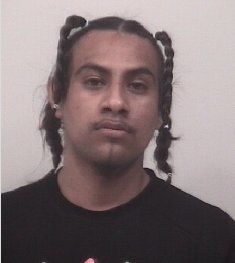 Three area residents have been arrested and charged in connection with an armed robbery in Elizabeth City last week.

In an unrelated incident, police also arrested a man in connection with a shooting incident reported last week.

According to Sgt. T.E. Mitchell, city police arrested Tonishele La’ Renee West and Sherbria Delois James on Friday, charging them in an armed robbery reported in the 300 block of Queen Street on Tuesday.

Also charged in the incident Friday was James Calvin Brooks, who was arrested by the Perquimans County Sheriff’s Office, Mitchell said.

No injuries were reported in the incident, which Mitchell confirmed involved the robbery of a person.

James, 30, whose last known address was 1403 River Road Lot 32, Elizabeth City, was charged with armed robbery and common law robbery. She was confined at Albemarle District Jail in lieu of a $40,000 secured bond.

West, 31, whose last known address was the 606 Cale St., Elizabeth City, was charged with conspiracy to a robbery with a deadly weapon, common law robbery, and felonious restraint. She was confined at Albemarle District Jail in lieu of a $50,000 secured bond.

Brooks, 20, whose last known address was 389 Chapanoke Road, Perquimans, was charged with conspiracy to robbery with a dangerous weapon and common law robbery. He was released on a $5,000 secured bond.

Mitchell said police also arrested Manuel Guadalupe Gonzalez on Friday in connection with a shooting incident in the 500 Block of Bunnells Avenue on Monday. No injuries were reported in the shooting, she said.

According to Mitchell, Gonzalez, 25, whose last known address was 1500 River Road, Lot 31, Elizabeth City, was charged with assault with a deadly weapon with intent to kill, injury to property and discharging a weapon into an occupied property. He also was cited with possession of marijuana. He was confined at Albemarle District Jail in lieu of a $102,000 secured bond.

Gonzalez was also arrested in October and charged with felony hit and run causing serious injury after city police linked him to the hit and run of an Elizabeth City State University student near the campus on Sept. 24. Gonzalez’s arrest warrant indicated the victim was an ECSU student from Bertie County.