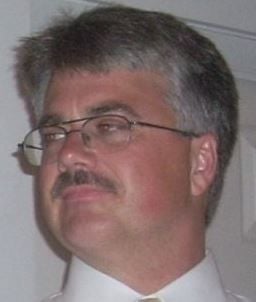 An effort to bring an employee of a private water service firm to Elizabeth City to give a presentation on the pros and cons of selling the city’s water and sewer system failed at this week’s Finance Committee meeting.

The issue of privatizing the water and sewer system was first raised on Jan. 27 as councilors were debating whether to spend $5 million to replace all the meters in the water system.

Councilors voted to table the water meter replacement plan and instead have City Manager Rich Olson provide them with a report listing the pros and cons of selling the water and sewer system to a private company.

Olson said he contacted Charlotte-based Raftelis, an independent private and public utility consultant, and arranged for it to give a presentation to council on Monday. Raftelis has provided other consulting services to the city in the past.

That plan appeared to take a detour at Thursday’s Finance Committee meeting, however.

Councilor Michael Brooks asked that discussion of privatization of the water and sewer system be added to the panel’s agenda and his motion passed on a 3-2 vote.

Council members Gabriel Adkins, Darius Horton, Chris Ruffieux and Kem Spence did not attend the meeting. Olson was out of town attending a professional conference.

Walton, who is chairman of the Finance Committee and council’s mayor pro tem, made a motion that council hear a second presentation from Joe Pearce, director of North Carolina operations for AQUA American. AQUA is a publicly traded company that provides private water and wastewater services.

Pearce, who was the city’s public utilities director from April 2017 to March 2018, briefly addressed the council on Jan. 27, suggesting that the city should explore selling its water and sewer system.

Walton asked Finance Committee members Thursday to have Pearce return for a more in-depth presentation and what he described as a second opinion.

“I would love to hear more than one person’s state of the union. I want to hear somebody else,” Walton said. “That is the only way to be fair. I would like him (Pearce) to come in and give us what he has to give. I’m sure he has other words he wants to say.’’

Young, however, objected to having Pearce return since his company would probably be interested in buying the utility if that is what council ultimately decides to do.

“I feel he shouldn’t be presenting to us because he (Pearce) wants us to buy his product,” Young said. “To me, he would be someone that would come and present to us when we decide what we are going to do. But Raftelis, that is not the case because they are not coming to sell us anything or buy anything from us. They are just bringing us information.”

City Public Utilities Director Amanda Boone told council there could be legal ramifications of having a representative of a potential buyer give the council a presentation on the pros and cons of privatizing before the system was put up for potential sale.

If a company did give a presentation to city council, or possibly even engage with city officials, before the decision is made to sell the utility they could be prohibited from submitting a bid if the process moves forward.

“We have some legal questions that need to be answered before they could do any sort of presentation,” Boone said. “There are some very serious legal issues that would have to be answered before any of those individuals, not just Joe (Pearce), before they could come back because we need to address those communications and make sure they are done legally. Because of any of those communications, I don’t think he (Pearson) would like his company excluded if we tried to privatize.’’

Walton withdrew his motion to have Pearce give a presentation after it failed to receive a second.