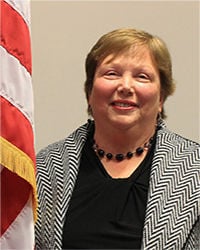 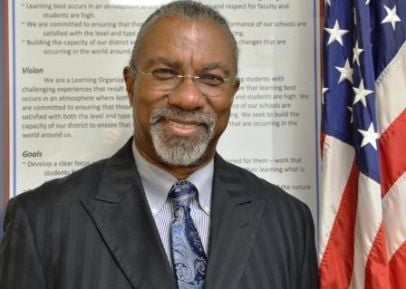 Filing begins Monday at noon for local, state and federal offices that will be up for election in North Carolina’s March 3, 2020 primary, and a number of local incumbents say they’re planning to seek re-election to new terms.

At the top of the primary ballot, President Donald Trump will be seeking a second term in the state’s Republican primary. A host of Democrats will be vying for their party’s nomination for the right to oppose Trump in the November 2020 general election.

One of the state’s two U.S. Senate seats is also on the 2020 ballot. U.S. Sen. Thom Tillis, R-N.C., is seeking a second six-year term. He may face a primary challenger. A number of Democrats have also announced bids to run for their party’s nomination to challenge for the seat next November.

Gov. Roy Cooper, a Democrat, will also be seeking re-election to a four-year term. Two Republicans, Lt. Gov. Dan Forest and state Rep. Holly Grange of Wilmington, plan to seek the office in their party primary. Because Forest is not seeking re-election, a host of Republicans and Democrats have lined up to run to succeed him as lieutenant governor.

Attorney General Josh Stein, a Democrat, will be seeking re-election to a second four-year term.

No one will be filing for North Carolina’s 13 congressional seats on Monday, however. That’s because a three-judge panel hearing a lawsuit against the state’s former congressional map has ordered no filing take place for the 13 seats until after it rules on the new map recently approved by state lawmakers.

Closer to home, the seats of state Sen. Bob Steinburg, R-Chowan, and state Reps. Howard Hunter III, D-Hertford, Bobby Hanig, R-Currituck, and Ed Goodwin, R-Chowan, are all up for election in 2020. Of the four, only Hunter could be reached last week. He said he plans to seek re-election to a fifth term.

“I love what I do,” Hunter said, adding that he wants to continue working for the people of the district that includes Pasquotank County.

Republican Bill Ward said he is exploring the possibility of seeking the GOP nomination for the at-large seat Dixon will vacate after next year. Ward ran for Pasquotank sheriff in 2018 but lost to current Sheriff Tommy Wooten in the Republican primary.

Elizabeth City-Pasquotank Board of Education member Denauvo Robinson said he plans to run for re-election. Robinson said that the next few years will be an important time for the district.

“I want to do the best I can to serve the children of the Elizabeth City-Pasquotank County school system,” Robinson said.

Robinson’s fellow board member, Buck Jolly, said he’s thinking about running for another term. Shelia Hughes Williams, who also is up for re-election, could not be reached for comment.

In Camden, the seats of Commissioners Russ Munro, Garry Meiggs and Randy Krainiak are all up for election in 2020. Of the three, only Munro could be reached last week, saying he plans to seek a second four-year term.

“I like serving the people of Camden County,” Munro said. “I like bringing a little bit of common sense to the county government.”

Munro said major issues still facing the county include building a new school and doing something about county government buildings.

Candidates for school board in Camden will file in June.

In Currituck, the seats of four incumbent commissioners are up for election in 2020. Three of the four — incumbents Kitty Etheridge, Paul Beaumont and Selina Jarvis — all said Friday they will seek re-election. The fourth, current board Chairman Bob White, couldn’t be reached for comment.

Managing growth in the county and planning for several major projects in the county are some of the pressing issues county officials will face in the next several years, Beaumont said. One project the county will be looking at is development of Currituck Station, a proposed project of mixed commercial and residential uses over 3,000 acres adjacent to the Virginia border along the west side of N.C. Highway 168 in Moyock.

“We have to ensure we have adequate public safety facilities and public facilities as we move down that path,” Beaumont said of the expected continued growth in the county. “We have to keep focus on encouraging more business in the county. We have several exciting projects that I hope to see come to fruition.”

Etheridge plans to file at noon on Monday for her at-large seat, saying she believes she’s done a good job representing the county. She believes the county should look at possibly slowing down growth in the Moyock area while increasing efforts to attract residential and business development in the southern half of Currituck.

“I hope that I have treated everybody equally and treated individuals that have come before us fairly,” Etheridge said. “Growth, that is the top issue. I think we have to slow down some of the development, especially in the northern part of the county. I think we need to concentrate on the southern end.”

Jarvis was appointed to the board in January to replace Hanig after he was elected to the Legislature. Jarvis, a teacher at Currituck High School who plans to retire following this school year, said she has enjoyed her first year on the board and will seek a full four-year term for the District 2 seat she now holds.

“I have really learned a lot,” Jarvis said. “I have really enjoyed sitting down with people and listening to the issues and their concerns and hearing people’s solutions on issues.”

Jarvis also said managing growth in the county, especially in the Moyock area, and having the infrastructure to support that growth will be one of the biggest issues the county will face in the coming year.

“Finding a site for a new elementary school in Moyock is a big issue,” Jarvis said.

In Perquimans, three commission seats are up for election, those held by incumbents Kyle Jones, Joseph Hoffler and Charles Woodard. Jones told The Perquimans Weekly last week he plans to seek a third four-year term.

In Chowan, the seats of Commissioners Ron Cummings, Patti Kersey, Greg Bonner and Don Faircloth Jr. are up for election.

Like in Camden, candidates for the Edenton-Chowan Board of Education will file in June.

Filing for the March primaries ends at noon on Dec. 20.

Miles Layton of The Perquimans Weekly and Nicole Bowman-Layton of the Chowan Herald contributed to this report.