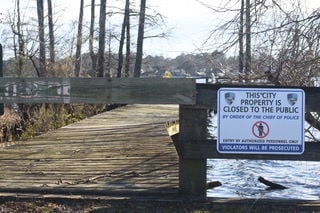 Matt Wood, a former Pasquotank County commissioner, is hoping to get the Elizabeth City park named for his late father, George Wood, back open. Located on the Camden Causeway, George Wood Park has been closed since early last year. 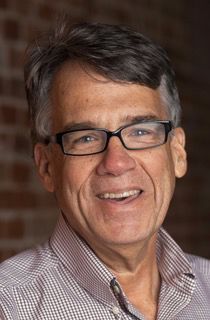 A former Pasquotank county commissioner is making a push to get a park named in memory of his late father back open after it was closed last year after being damaged by several storms.

Matt Wood, who served 12 years as a county commissioner, wants to see the George M. Wood Memorial Park along the Camden Causeway repaired and reopened.

George Wood was a Camden farmer and businessman who served 10 years in the N.C. General Assembly. The park was named in his honor several years following his death in 1986.

The park, which mainly consists of a boardwalk over the Pasquotank River, is located along the Camden Causeway on U.S. Highway 158 in Camden but is inside the city limits.

Matt Wood said he has contacted both Pasquotank and Elizabeth City officials about getting the park reopened. Wood is hoping that since the park was possibly damaged during a named storm, state or federal funding might be available for repairs.

Wood also said he is even open to helping a possible effort to solicit private donations to help with repairs to the park.

“We are just trying to figure out what the options are in terms of what is out there,” Wood said. “I want to explore all of them, whether they be state or private. All those things would be options.”

Sean Clark, director of Elizabeth City-Pasquotank County Parks and Recreation, said he has talked with Wood and that ECPR is currently working to get an estimate for repairs to the boardwalk. Clark became Parks and Recreation director in October, months after Wood Park was closed earlier in 2020 because of safety concerns.

Clark described the boardwalk as “not structurally sound” and that the underwater pilings still have to be inspected.

“It has been looked at and we are trying to work to find out how much it is actually going to cost to get that opened,” Clark said. “We still have to get some eyes on it. It is definitely something that is going to need additional funding and dollars to get it back open.”

Clark said one option could be applying for money from the Federal Emergency Management Agency since the boardwalk was damaged during a named storm.

“What we are looking at now is to find out if we can do those things and find those avenues to get funding” Clark said. “I have spoken to Matt (Wood) and we have had some conversations on that as well.”

The boardwalk at the park extends about 200 feet out into the river from the parking lot along the shore. There is also a 65-foot wing-T section with each of the two sections having a gazebo at the end.

Wood said the park was popular because it requires just a short walk for a person to enjoy the Pasquotank River. It’s also a family friendly spot to fish, he said.

“It’s a really neat experience walking out there,” Wood said. “It just feels good out there and it is a different experience than just being on the river bank. It is nice how they left some of the vegetation around because it gives you a natural feel.’’