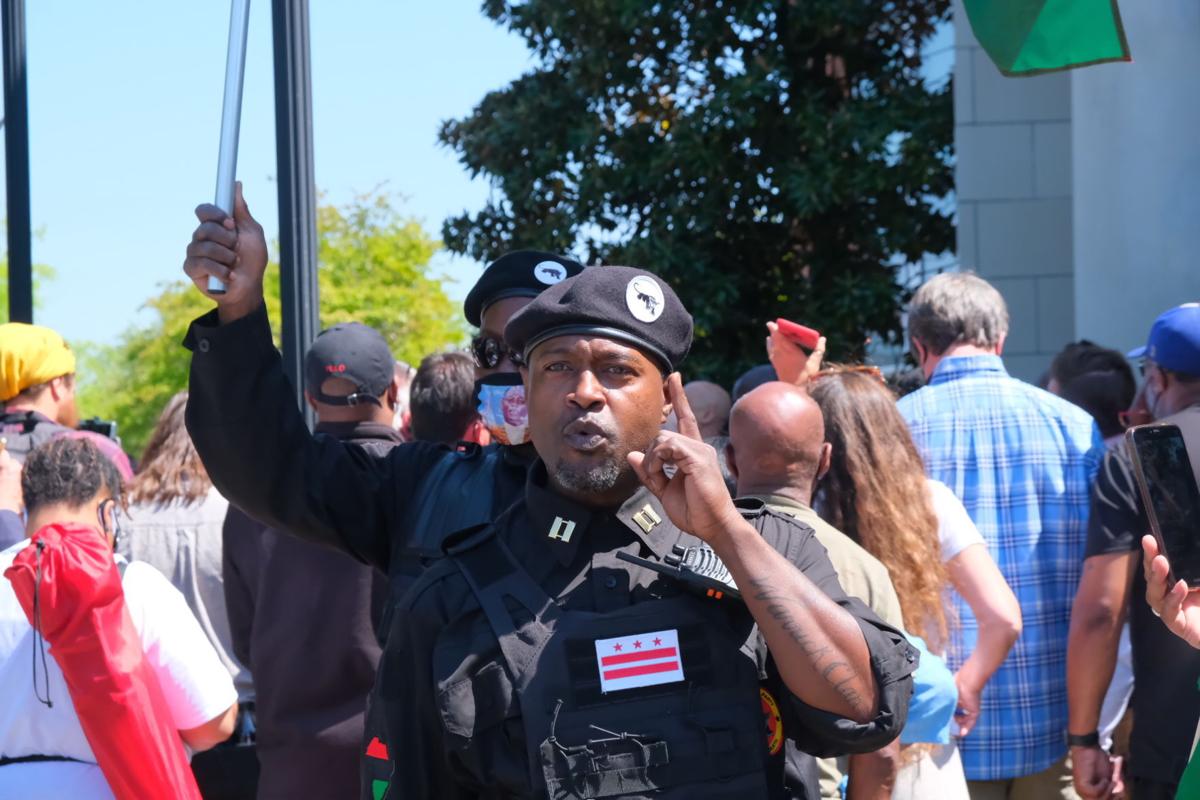 A leader of a group of about eight members of the New Black Panther Party speaks outside the Pasquotank County Public Safety Building during a press conference, Tuesday, April 27. Both Elizabeth City and Pasquotank County imposed curfews that day after being alerted that members of a militant group were in the city and trying to infiltrate groups of locals protesting the death of Andrew Brown Jr. 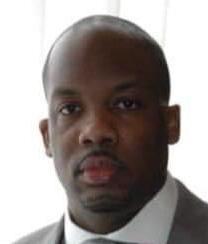 A curfew implemented by both Elizabeth City and Pasquotank County on April 27 was the result of intelligence gathered by law enforcement that members of a militant group were in the city.

The curfew followed the shooting death of Andrew Brown Jr. by Pasquotank sheriff’s deputies on April 21. People began peaceful protests on the same day as Brown’s death and officials feared those protests could turn violent without a curfew.

The curfew was lifted on May 6 but city and county state of emergencies remain in place.

City Manager Montre Freeman told City Council Monday that law enforcement, including agents from the FBI and the N.C. State Bureau of Investigation, were concerned that the peaceful protests in the city could turn violent the week after Brown’s death.

Freeman told council the curfew was imposed because intelligence showed that “seven members of a very militant group” had imbedded themselves in the protests.

Freeman said the curfew was a proactive decision that needed to be made to avoid potential violent protests. While some protesters were arrested for violating the curfew while it was in place, the overwhelming majority of those protesting Brown’s death have remained peaceful.

“There was a change (in the protests) that was happening,” Freeman said. “There were some people in that protest that were not here to keep it safe and peaceful. You can’t wait until a building is on fire to make a decision. You have to make those decisions before the building is on fire because one Molotov cocktail can create a firestorm of turmoil.”

County Manager Sparty Hammett said county officials received the same intelligence the city did. Asked if the curfew was agreed to jointly by the county and city, he said it wasn’t.

“No. Brian Parnell, Emergency Management coordinator, and I had discussions regarding a curfew at a later time – 9 or 10 p.m.; however, the city did not directly involve the county in the discussion of the city-implemented curfew,” Hammett said. “We implemented a curfew in the county to avoid confusion.”

Both Freeman and Mayor Bettie Parker said emails were sent to all city councilors informing them of the impending curfew. Members, including Brooks, were sent emails to both their city email address as well as their personal email addresses, they said.

Brooks also said City Council should have held a vote on calling for the curfew.

“Who is calling the shots?” he asked.

Parker responded by saying she had the authority to impose a curfew in the city.

“When there is a state of emergency called that is signed by the mayor, that does not have to be brought before the council,” Parker said.

Freeman said it was within Parker’s authority to call for a curfew in the city and that there is no time to make a vote during periods of potential civil unrest.