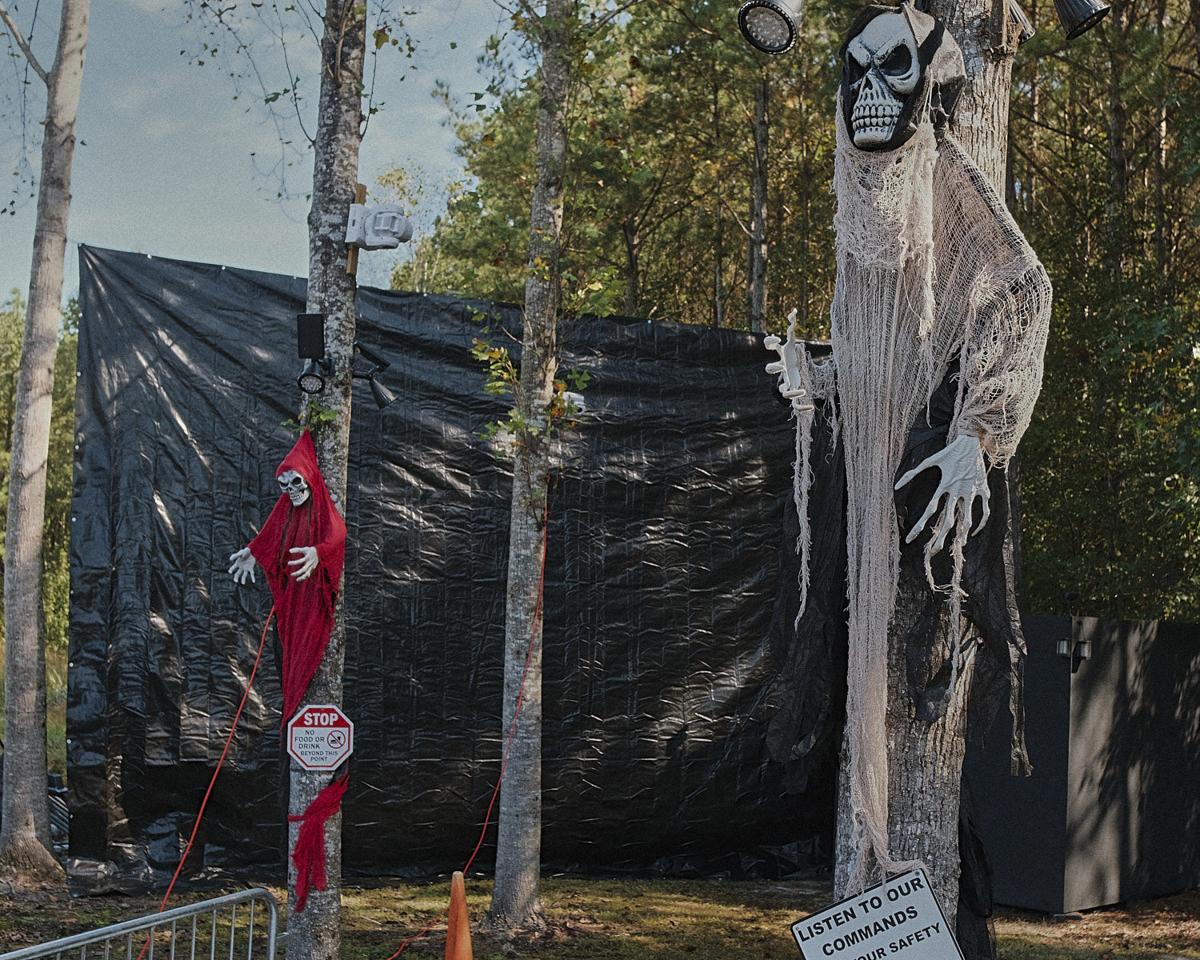 Ghouls hang on trees at Herbie’s Field of Screams haunted attraction Friday. Residents will have to visit the free family activity to learn what terrors lurk behind the black curtain. 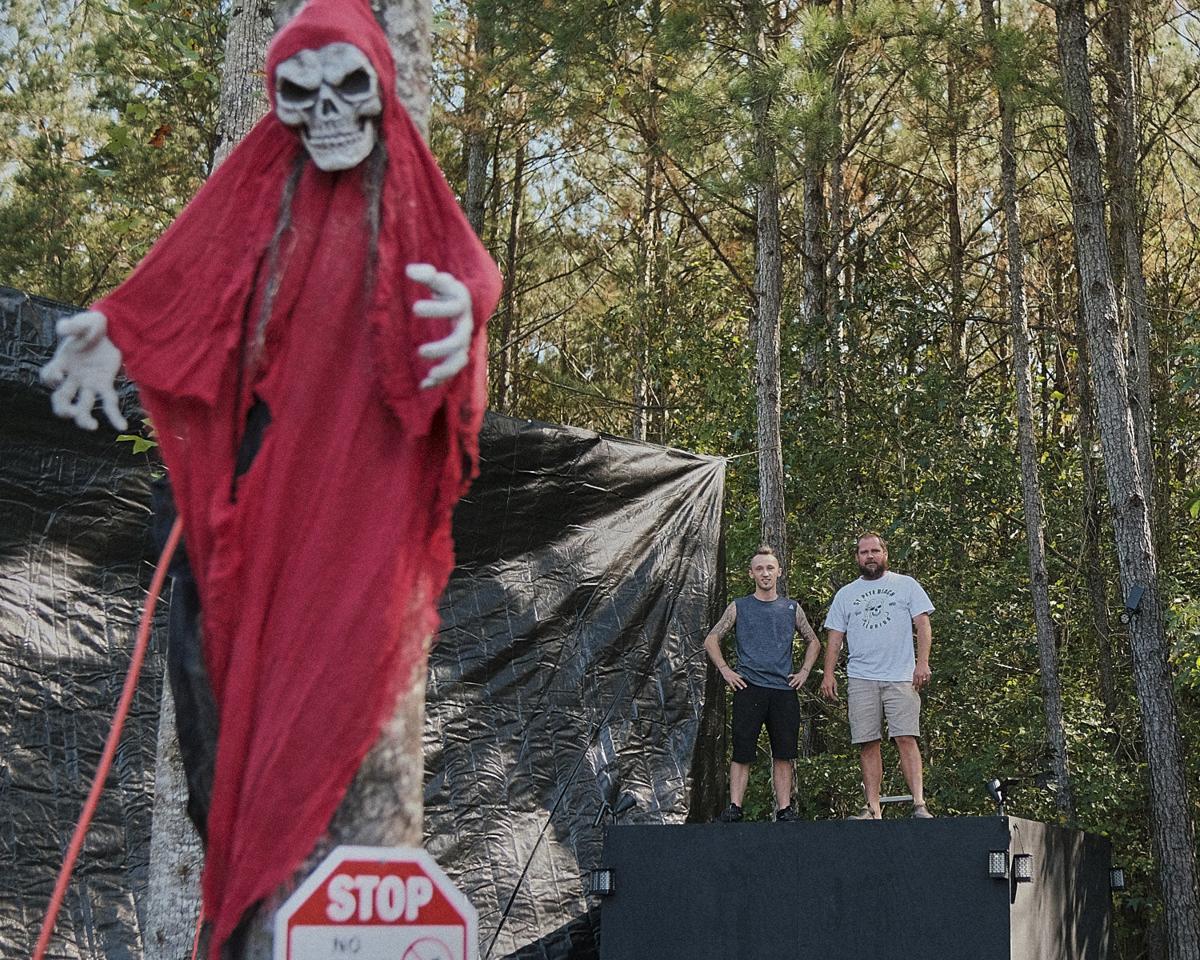 Ghouls hang on trees at Herbie’s Field of Screams haunted attraction Friday. Residents will have to visit the free family activity to learn what terrors lurk behind the black curtain.

Rob Turner has a promise for those bold enough to venture through Herbie’s Field of Screams Saturday night.

“They’ll get one hell of a show,” said Turner, who, along with brother-in-law Herbert Morgan, created the family-friendly event at 3174 W. Main Street Extended.

Herbie’s Field of Screams is located on Morgan’s property and is free to all. The event opens at 7 p.m., with tours beginning at 7:30 p.m. and stopping at 11:55 p.m. closing time. A second running of the haunted field will be held Saturday, Oct. 23, with the same starting and closing times.

Turner said he and Morgan started Herbie’s Field of Screams last year to entertain the 12 to 13 children in their families. That’s because other Halloween attractions were shut down because of COVID-19.

The two decided why not open the attraction to area families for their children to enjoy, too. So, they did, and about 400 people showed up. They wanted to offer the community the free activity again this year and expanded the event to two nights.

Herbie’s Field of Screams is a walking tour that takes about 10 to 15 minutes to complete.

“Because you have a lot of scenes to stop and look at,” Morgan said.

Assisting Morgan and Turner are about 10 to 15 volunteers, and some of whom are veterans of Fright Night, the haunted house attraction formerly hosted by the Elizabeth City Fraternal Order of Police. Fright Night used to be held in the former Elizabeth City Middle School but ceased operations about five years ago.

Morgan said he hasn’t worked the last three days because he’s been trying to get Field of Screams ready for Saturday night’s opening.

“We’re going to give them the best show we can,” he said.

About 90% of the power used to host Field of Screams is generated by solar energy, Morgan said. The waiting line area and the trail are lined with solar lights mounted on trees and posts. Turner said he’s worked throughout the year preparing the lighting.

On Friday, at the entrance and stage, from where Turner will welcome guests, a large black tarpaulin was suspended between two tall trees to conceal the terrors that lurk behind it. Turner and Morgan wouldn’t allow any photos beyond the tarp, to avoid revealing any surprises.

Herbie’s Field of Screams is at least the second free Halloween-themed community event this month.

Because so many families are struggling to pay bills, Morgan said he’s hoping his free haunted field attraction will be a nice night out for them.

“Times are tight, especially with the kids,” he said.