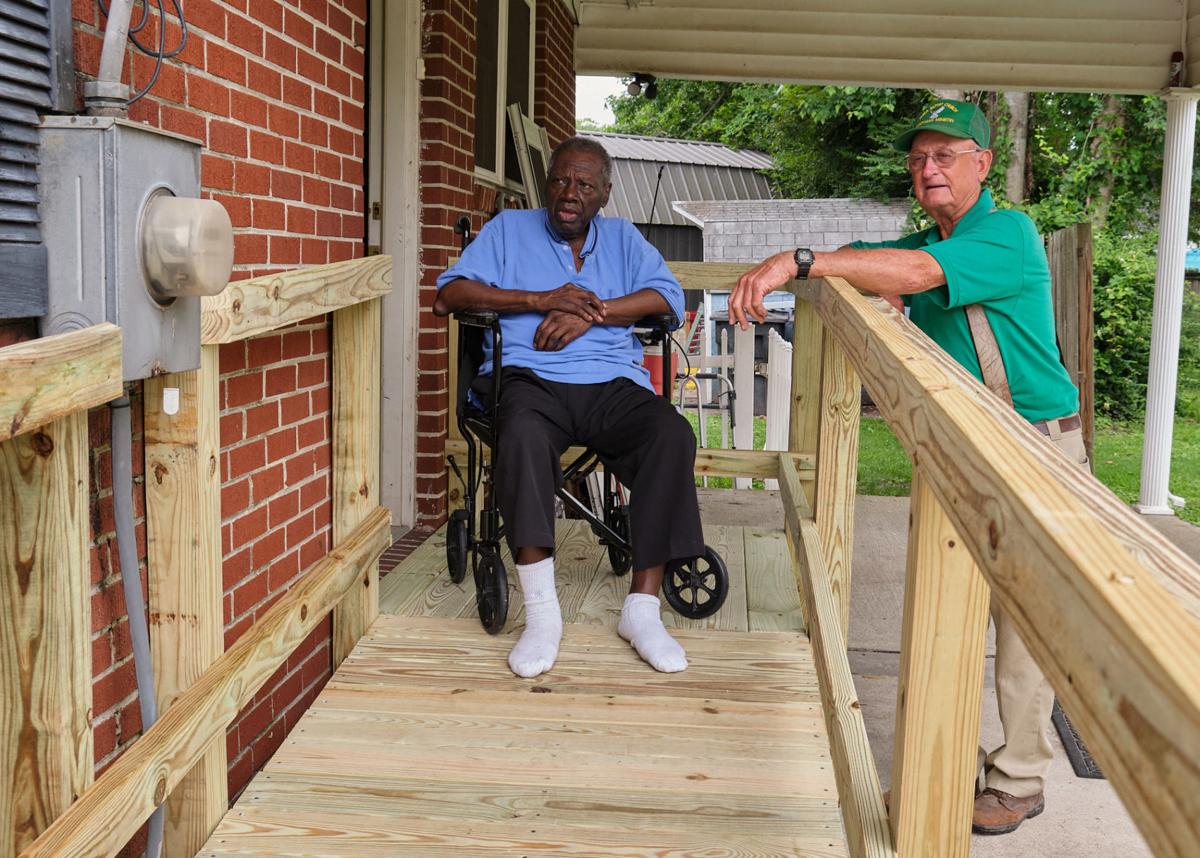 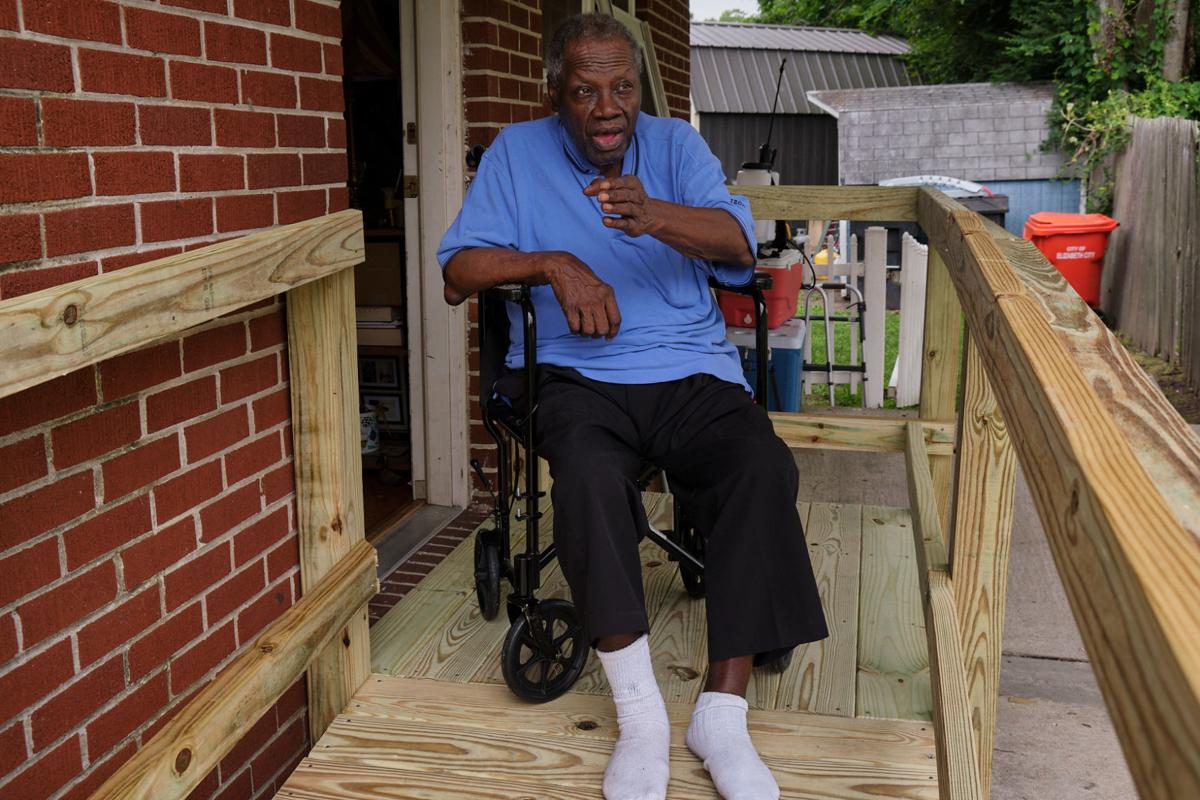 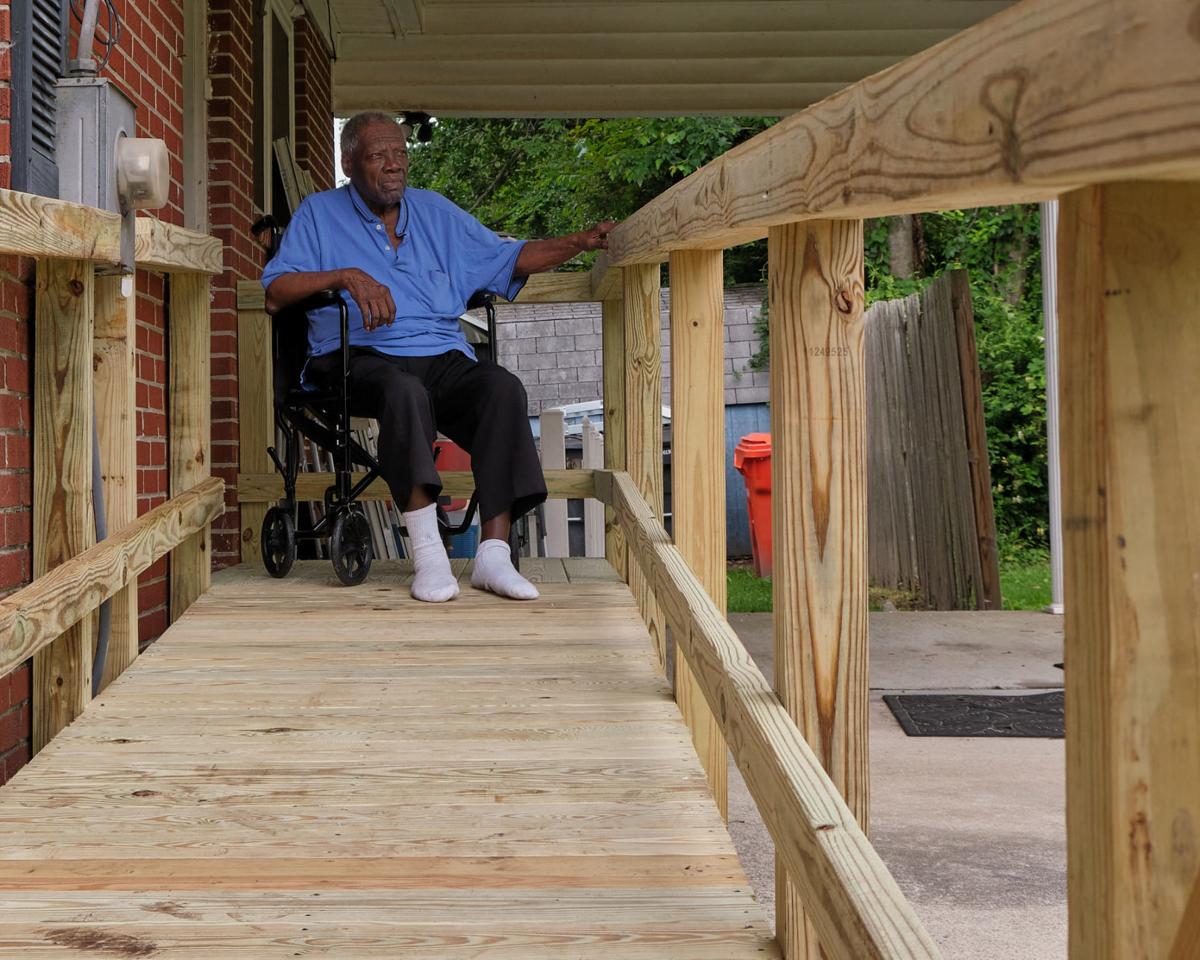 James Turner is excited about the new wheelchair ramp a local church ministry built at his home in Elizabeth City on Thursday.

That’s because Turner won’t be the only one at his house to benefit from the ramp.

Both Turner and his wife Catherine each have difficulty navigating steps and often require the use of wheelchairs to move about. There are also family members who may visit from the couple from time to time.

“I have a nephew who’s wheelchair-bound” too, Turner said.

Led by church member Fahey Harrell, the men built Turner a new ramp, which extends from his home’s side entrance out to the driveway.

“These guys done a beautiful job,” Turner said, from his wheelchair, which he parked at the top of the ramp. “The Lord is good.”

Turner noted that the new ramp allows him enough room to roll down to where his car is parked.

Berea Baptist’s Handyman Ministry specializes in building wheelchair ramps. Turner’s ramp in fact was the 783rd the ministry has built over the last 20 years, Harrell said.

“We’ve been doing this a right number of years,” he said.

Before the ministry decides to build a ramp, Harrell said he first will meet with a homeowner to assess their needs and to draft a construction plan.

The costs of pressure-treated wooden posts and boards and other building supplies have risen in the last few months because of the COVID-19 pandemic, Harrell said. Whereas lumber that previously costs about $15 a running foot now costs about $18 to $19, he said.

To help defray a portion of the ramp’s cost, Turner presented Harrell a check as a donation to Berea Baptist.