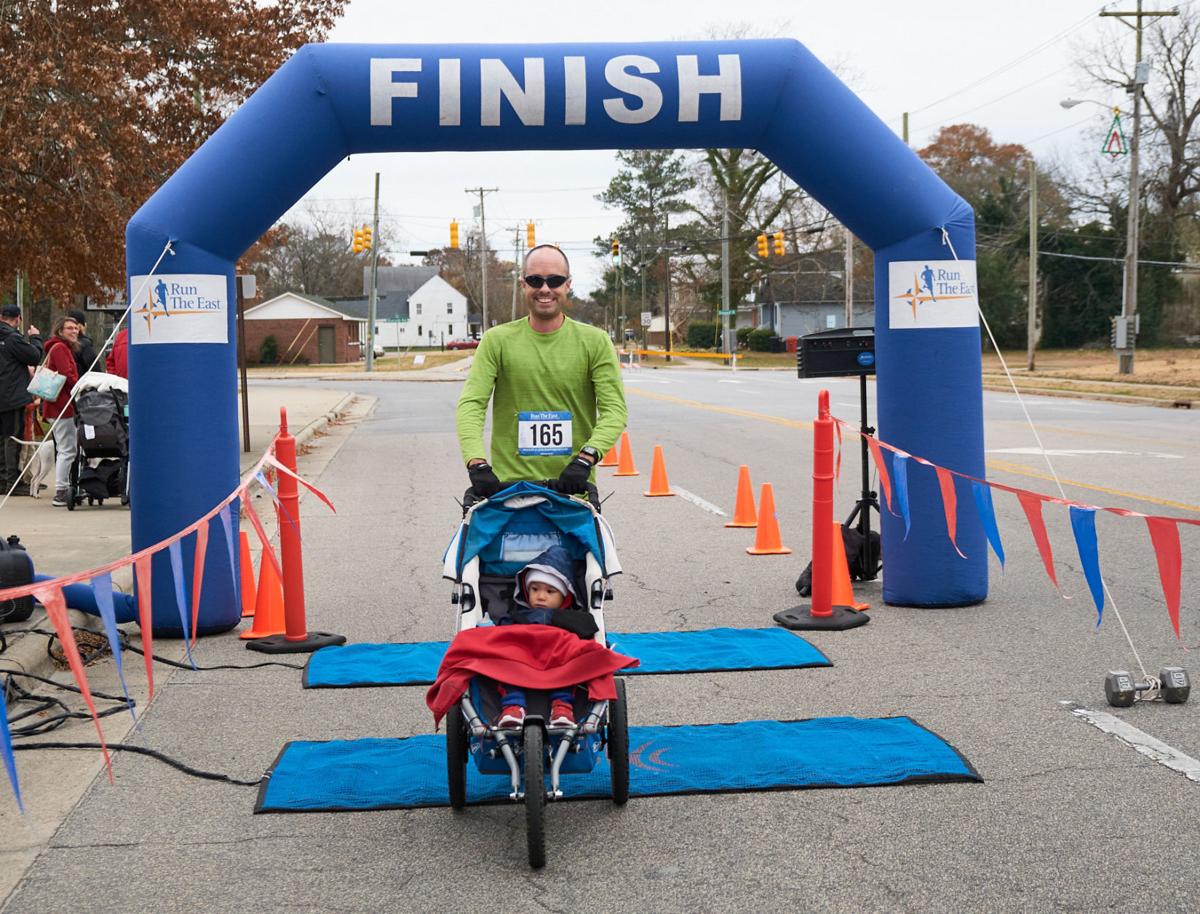 William Aydlett, who is pushing his 22-month-old son Liam in a stroller, won the Kids First Turkey Trot 5K Race with a time of 19 minutes, 30 seconds, Saturday morning. 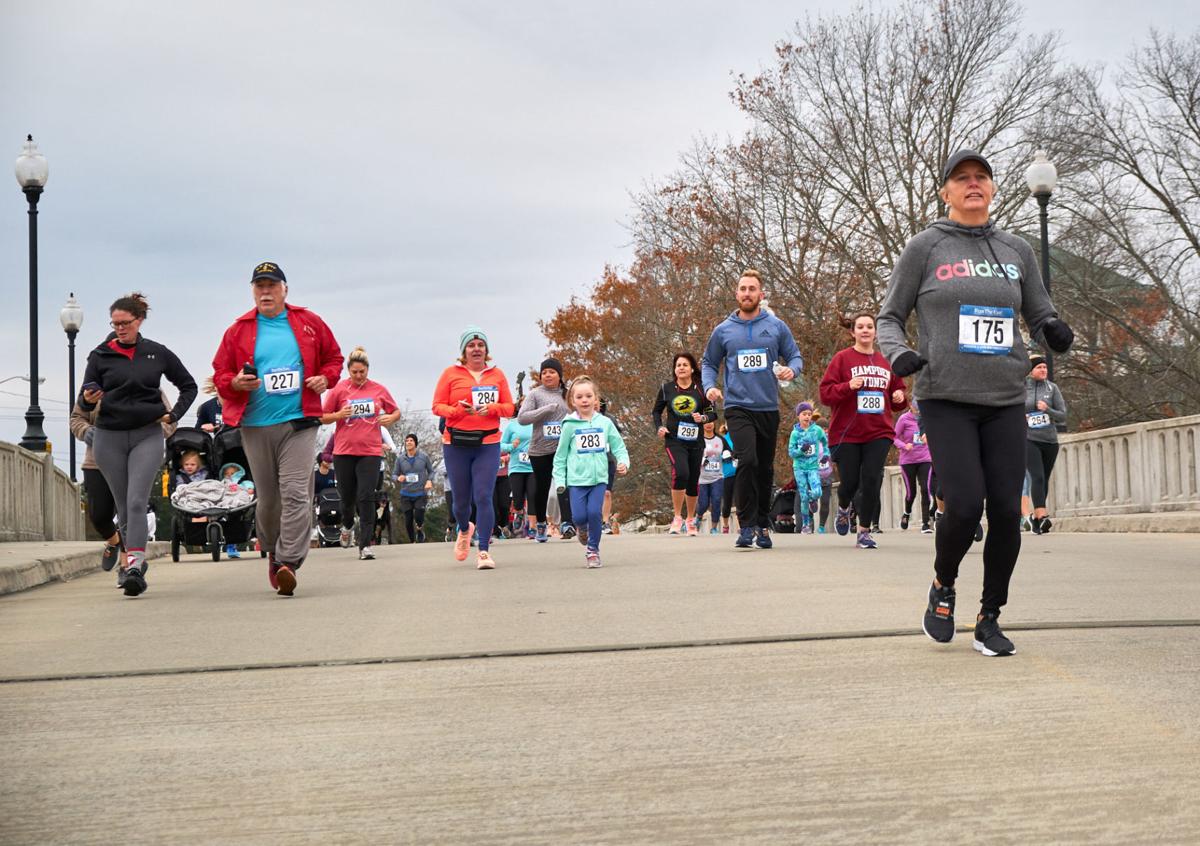 William Aydlett, who is pushing his 22-month-old son Liam in a stroller, won the Kids First Turkey Trot 5K Race with a time of 19 minutes, 30 seconds, Saturday morning.

Liam Aydlett wasn’t an official entrant in the Kids First Turkey Trot 5K Race Saturday morning in downtown Elizabeth City. However, the 22-month-old was the first to stroll across the finish line ahead of more than 130 other race participants.

Liam was riding in a stroller pushed by his father, William Aydlett, who was the official winner of the race, finishing with a time of 19 minutes, 30 seconds on a cool and crisp morning.

Aydlett, despite pushing a stroller, won the race by almost a minute over second-place finisher Nicolas Merritt.

Aydlett, who works for the National Weather Service in Guam and is a 2000 graduate of Northeastern High School, was in town visiting relatives and Saturday marked the third time he has won a race while pushing a stroller.

“I’ve won a couple of races in Guam, but usually I place in the top three in my age group even with a stroller,” said the 38-year-old. “I’ve been looking to run a race in my hometown of Elizabeth City for many years.”

Pushing a stroller comes with many challenges, as one can imagine.

In addition to the resistance, especially going up hills and in windy conditions, Aydlett must run with both hands firmly gripped to the stroller. Aydlett said he runs over 50 races a year.

“You also have extra weight and it (stroller) acts almost like a parachute,” Aydlett said. “You have to train yourself without using your arms. It is weird at first but you get used to it over time. When I run without a stroller, I don’t know what to do with my arms.”

But once he gets going running while pushing a stroller is “almost like regular running,” he said.

“It’s a lot of fun because I get to do it with my son and we have done a lot of races in the last year-and-a-half,” Aydlett said. “He loves it and it is something we look forward to.’’

Kids First Child Abuse Treatment Center Executive Director Rhonda Morris was pleased with turnout for the Turkey Trot, noting all proceeds will go to support her agency’s services to abused children in a seven-county area. Morris said Kids First, which is a nonprofit, has seen more than 300 new cases of abuse this year.

In addition to the 5K run there was also a Gobble Wobble Family Fun Mile that was well attended.

“We had great support and we had great donations in addition to the race fees,” Morris said. “We had a lot of families run this and we will have parents run the 5K and come back and run the mile with their children. We had several that ran with children in strollers.’’