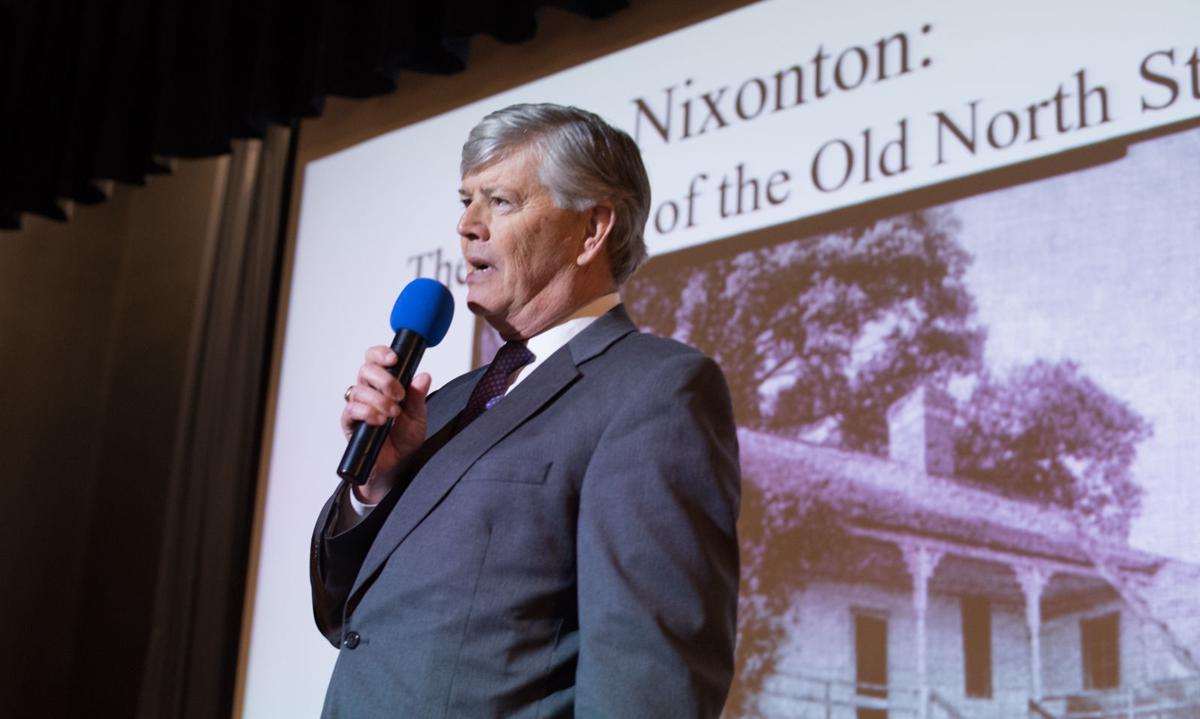 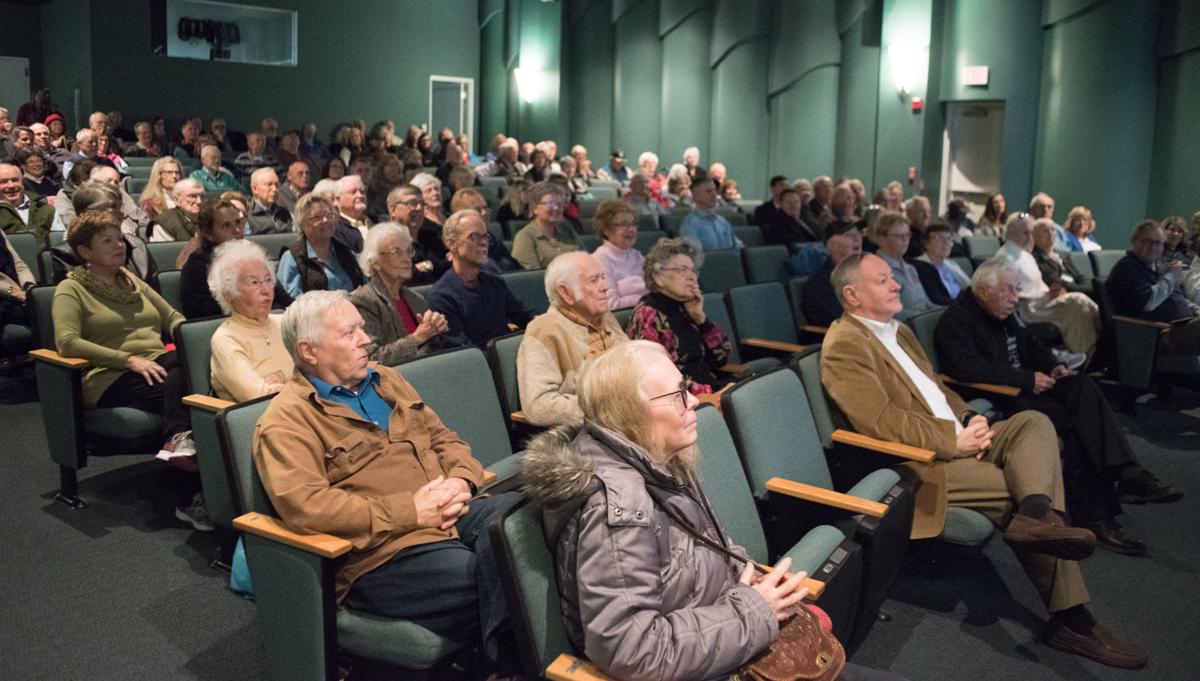 Today, Nixonton is a small and rural township near the southern tip of Pasquotank County.

But that wasn’t always the case.

Long before Elizabeth City was founded and became the center of government and commerce in Pasquotank, Nixonton served those roles. The community’s access to the Albemarle Sound made it an early trading and shipping hub where the village’s merchants, many of whom were Quakers, shipped goods to Great Britain and the West Indies.

The first Albemarle General Assembly — a forerunner of today’s North Carolina Legislature — also met near Nixonton in February 1665 and the state’s first public school opened there in 1705.

Thomas Nash, who gave a presentation on Nixonton’s history at Wednesday’s History for Lunch program at Museum of the Albemarle, has a connection to the customs house. The longtime Elizabeth City attorney, who grew up in Nixonton, bought the customs house property in 1982.

Only the former customs house’s foundation remained then, but a year later, in 1983, Nash used it to build the home where he still lives.

Nash told an audience of 175 — a record for the museum’s History for Lunch program — that the first Albemarle General Assembly, the state’s first public school and the opening of the customs house were three events, or “births,” that helped propel Nixonton into a regional hub. The general assembly meeting, which was held near Halls Creek with 12 people attending, was called because local residents at the time where paying double the taxes the citizens in Virginia were paying.

“They wanted their own laws and this resulted in Nixonton’s ‘first child’ which was the first general assembly,” Nash said. “Forty years later, we have the birth of the ‘second child’ for Nixonton and this was the first community school, public school near Simon’s Creek.”

Around that time, in 1704, lower Pasquotank was home to some 1,300 residents, a number Nash described as “sizable.” Many of these people were Quakers and strong educational advocates, Nash said. They collaborated with Charles Griffin, a former Church of England pastor who had become a Quaker, to found a one-room school, he said.

“So from that one tiny, one-room school house we have North Carolina’s public-school system,” Nash said.

The customs house, Nixonton’s “third child,” was charged with collecting shipping taxes and its establishment was another milestone for the community. The customs house was built between 1720 and 1740 and is also known as the Lane House, after one of its later owners.

It was also around this time that Nixonton received its charter and the settlement had covenants that Nash said we more like the regulations of today. Nixonton was originally known as Nixonton’s Town after the original owner of where the settlement sat and it had 50 half-acre lots and “convenient streets” on a nearly 200-acre parcel. Five directors governed the town.

“One of the things that interests me as a real estate attorney is they had what I would call restrictive covenants,” Nash said. “The charter stated that if you bought a lot you must build in three years a house with brick or stone chimney, 20-feet long and 15-feet wide with a nine-foot pitch in the clear.’’

The county courthouse was moved from Winfield on the Pasquotank River to Nixonton in 1784.

“They did this because the prison and other accommodations were in a state of disrepair,” Nash said. “At this time, Nixonton was thriving.”

But things soon began to change. A ferry service was established in Elizabeth City where the current Camden Causeway Bridge sits on the Pasquotank River, the Dismal Swamp Canal opened in 1805 and then the railroad came to the city while bypassing Nixonton.

“Today, Nixonton is a sleepy little village,” Nash said. “The main loop isn’t even paved. But I wouldn’t trade it for anything in the world.”