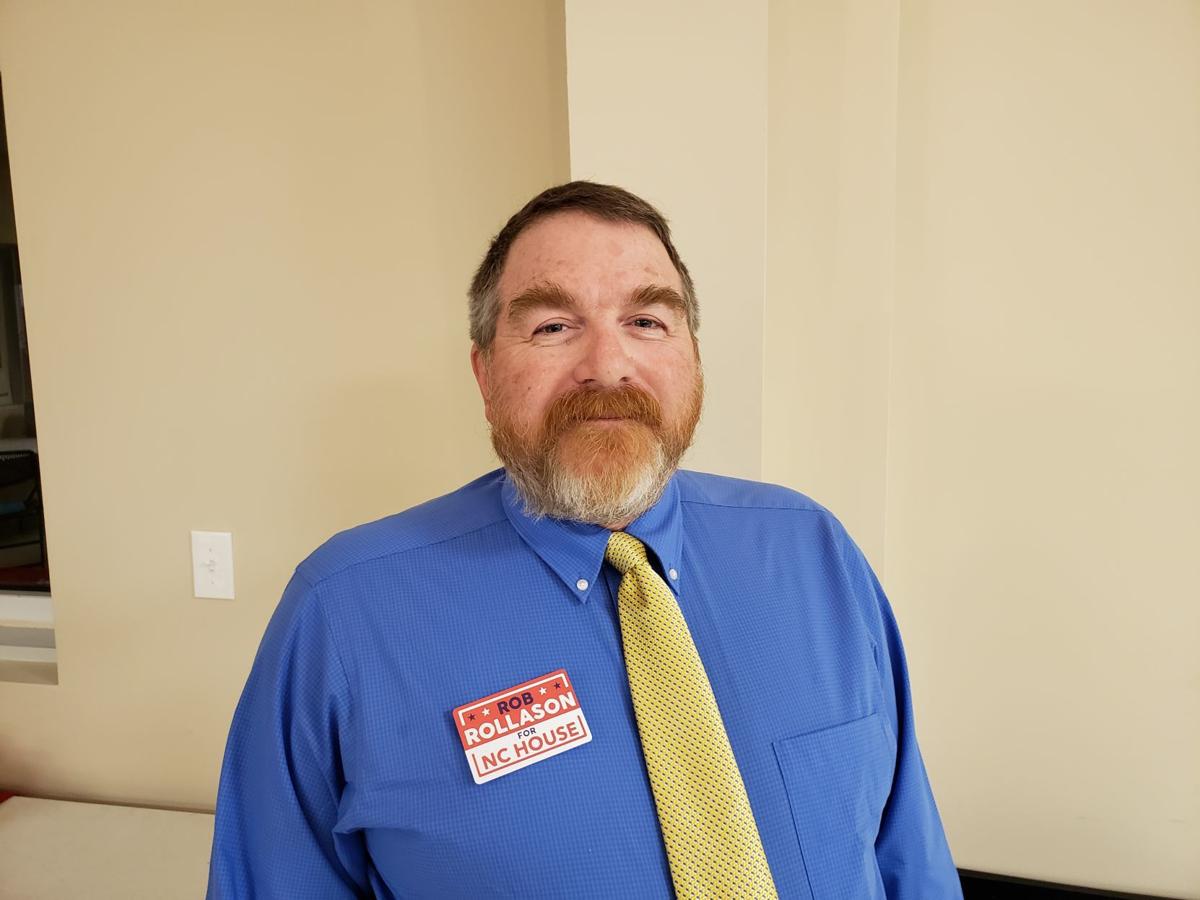 Dare County home builder Rob Rollason says he would be a more reliable voice for conservative values in Raleigh than first-term state Rep. Bobby Hanig, R-Currituck, has been.

But Hanig, owner of a pool service business and a former chairman of the Currituck Board of Commissioners, says he stands by his record of representation in the 6th House District.

Rollason and Hanig are facing off in the March 3 GOP primary to represent the mostly coastal four-county district.

“I really would like the opportunity to serve and to promote conservative values,” Rollason said in a recent interview.

Rollason cited Hanig’s support for the wind and solar energy industries as an example of why a more conservative representative is needed for the district.

“He seems to be pretty tight with wind and solar,” Rollason said. “And that’s not something that I agree with.”

Rollason said he is especially opposed to government tax subsidies for wind and solar energy.

“That is the problem,” Rollason said. “If they could provide reliable power and not need to take from the government’s hand in making it happen that would be fine.”

Hanig said he doesn’t like the subsidies on wind and solar energy projects. “I’m a free market person,” he said.

But he added that virtually everything is subsidized, from farm commodities to other forms of energy. Counties need to be able to make their own decisions about whether to support local wind and solar projects, he said.

Hanig, who was elected in November 2018, said he supported a solar moratorium when he was a county commissioner in Currituck.

Rollason also questioned the wisdom of a visit Hanig made to a wildlife sanctuary on Pine Island.

“I don’t consider myself an environmentalist but I believe in conservation,” Hanig said. “I’m all for using the land but I’m against ruining the land.

“You can be a conservative but still believe in protecting our coast,” Hanig continued. “Our coast is how we make money in this area.”

“I think I would be a better voice for the commercial fishing folks,” Rollason said. “I have got a lot of friends and family that are involved in that sort of thing.”

Hanig said he has a strong record on commercial fishing issues.

Also, he said, experience counts on issues such as protecting commercial fishing interests, and the last thing the district needs is to change representation right now.

Rollason said he doesn’t think the race is about Dare County versus Currituck County.

“I’m sure everybody would like to have their hometown boy be the guy,” Rollason said. But he added that Dare and Currituck counties have very similar interests so it doesn’t make a lot of difference which of those counties a representative lives in.

The other two counties in the district, Hyde and Pamlico, are a bit different but still share some common interests when it comes to coastal issues, according to Rollason.

Controlling the pace of growth is a big concern in both Currituck and Dare, he said. “Moyock is like a big suburb of Chesapeake,” he said.

Asked if he could reach across the aisle and work with Democrats on issues of common concern, especially if Democrats pick up House seats in the November election, Rollason said he thinks Democrats might be too extreme for common ground to be very likely.

Rollason said he opposes expanding Medicaid and thinks it was irresponsible for Gov. Roy Cooper and legislative Democrats to hold up approval of the state budget over GOP lawmakers’ opposition to the insurance program’s expansion.

For his part, Hanig said he made promises when he ran two years ago and believes he has kept those promises.

“I’m proud of all the work that we’ve accomplished,” he said. “And I say ‘we’ because I count on the people of the district to let me know what their concerns are.”

Hanig said he was primary sponsor of six bills as a freshman, “which is virtually unheard of.”

One of the bills allows College of The Albemarle to use state funds for construction projects along with Dare County for educational facilities. Another, which passed the House and has been referred to the Senate Education Committee, would revise the geographically isolated schools formula for Currituck County and increase the transportation efficiency budget rating for the Currituck County Schools.

Other bills deal with local regulation of navigable waters and restore the Federal Protecting Tenants at Foreclosure Act.

A bill to name the bottlenose dolphin as the state’s marine mammal passed the House and has been referred to the Senate Rules Committee and a bill creating a Joint Legislative Study Committee on small business retirement options became law in August 2019.

“This has been the absolutely most rewarding thing that I have ever done professionally,” Hanig said.

Bobby Hanig at a glance

Rob Rollason at a glance