Log In Register
You are the owner of this article.
Edit Article Add New Article
You have permission to edit this article.
Edit
News
Opinion
Sports
Features
Obits
Multimedia
Classifieds
e-Edition
Our Sites
Extras
Share This

Edenton woman killed in 2-vehicle collision on US 17 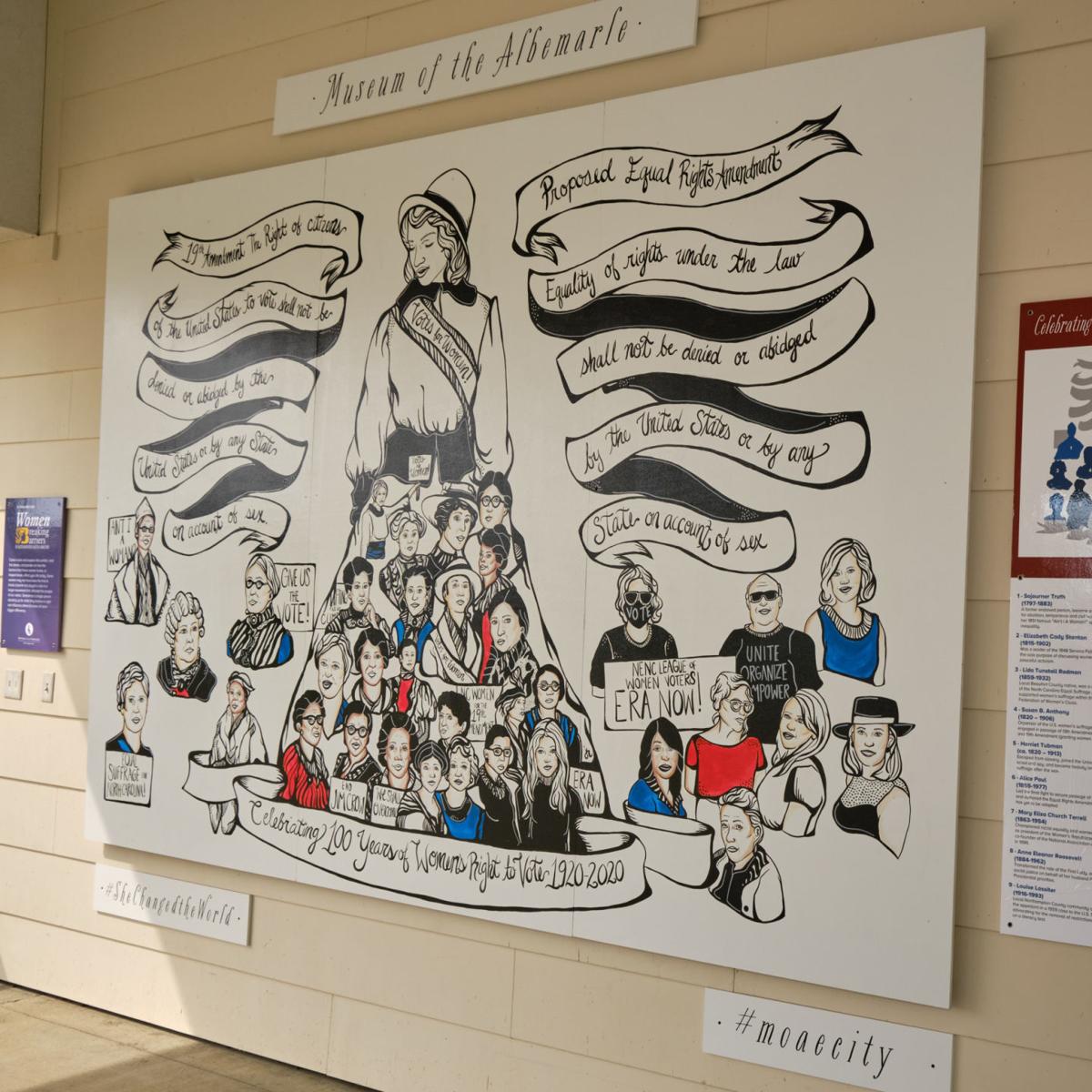 Local artist Jessa Kimbra’s mural honoring women’s rights and a promotion for Museum of the Albemarle’s “Women Breaking Barriers” exhibit is seen at the entrance to the museum’s portico, Thursday morning. 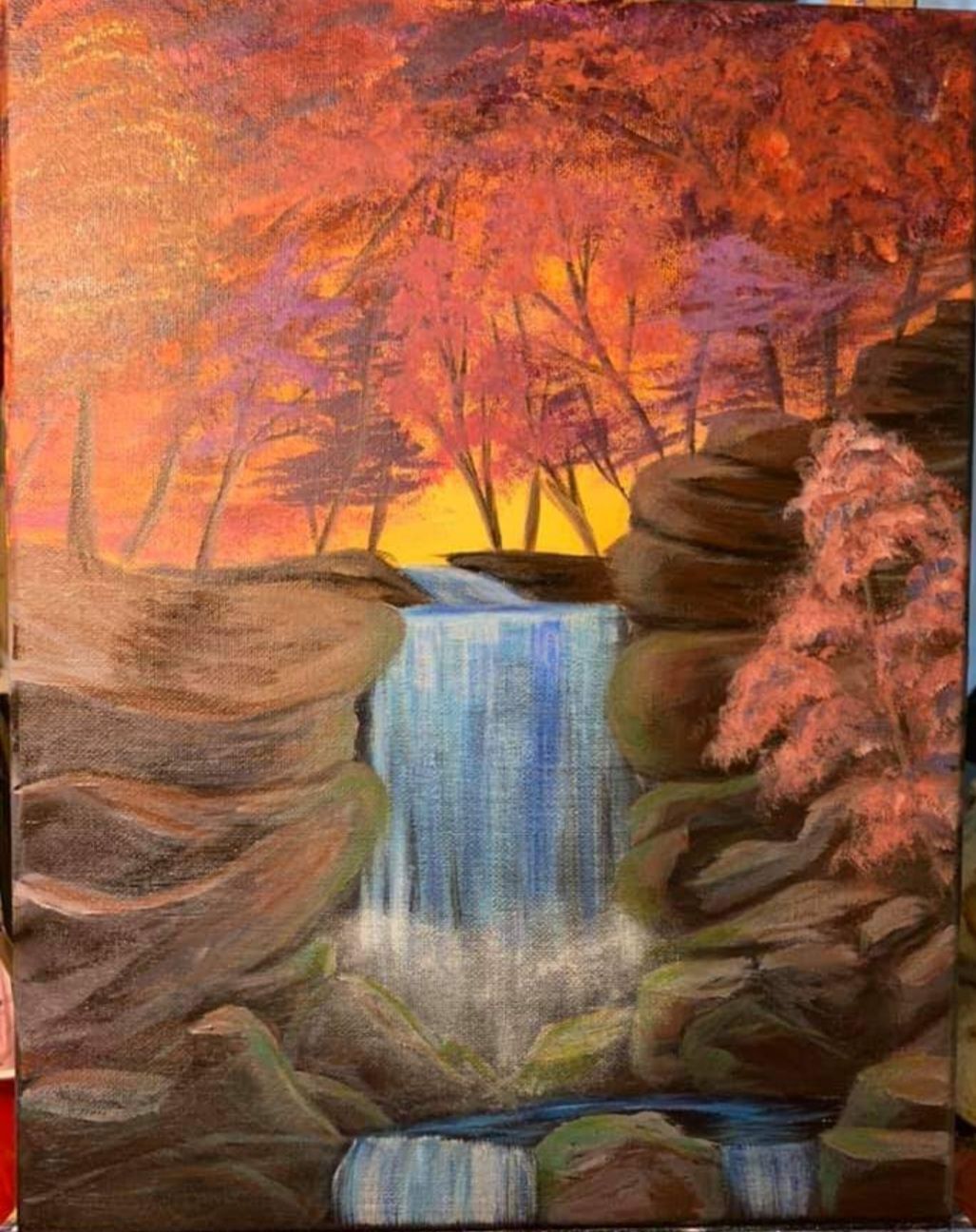 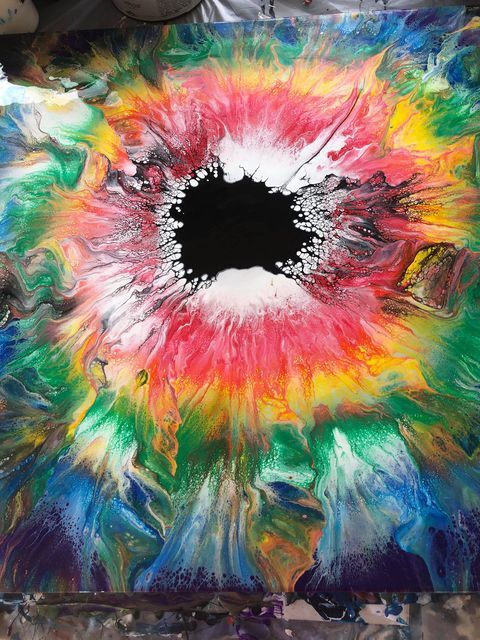 Artist Joani Fluette will give a live demonstration of her work at Big Boss Burrito at 110 N. Poindexter Street during Friday's ArtWalk in Elizabeth City.

Local artist Jessa Kimbra’s mural honoring women’s rights and a promotion for Museum of the Albemarle’s “Women Breaking Barriers” exhibit is seen at the entrance to the museum’s portico, Thursday morning.

Artist Joani Fluette will give a live demonstration of her work at Big Boss Burrito at 110 N. Poindexter Street during Friday's ArtWalk in Elizabeth City.

A sneak preview of a new mural celebrating the centennial of U.S. women winning the right to vote will be among the attractions at this month’s “Second” Friday ArtWalk scheduled to get underway today at 4 p.m.

Nineteen venues, including three taking part for the first time, are scheduled to participate in Friday’s ArtWalk, which because of the Good Friday holiday wasn’t held on the first Friday of the month last week but instead postponed to this week.

The mural, which covers part of a wall on the portico at Museum of the Albemarle, is the creation of artists-designers Jessa Kimbra and Savannah Nash and pays tribute to the suffragists who fought for ratification of the 19th Amendment in 1920 giving women the right to vote. The mural is a collaboration between the museum, which currently is featuring a “Woman Breaking Barriers” exhibit, and the League of Women Voters of Northeastern North Carolina. According to the museum, members of the League of Women Voters will be on hand to answer questions about the mural and T-shirts featuring the mural will be available for sale.

For kids, Water Street Realty Group is partnering with multiple businesses to host its first Egg Hunt in Downtown event. According to Malenfant, eggs will be “hidden” at Waterfront Park, Mariners’ Wharf Park, and at or near the following businesses: Muddy Waters Coffehouse, In Stitches Embroidery & Gifts, Harbour Hair Studio, Posh Tots Boutique, Port Discover, The SweetEasy, Studio 511 Art & Soul, and Page After Page Bookstore.

Also for kids, Posh Tots Boutique at 201 N. Water Street will host a spring-themed craft activity. Kids and adults can also paint their own cupcakes at Studio 511 at 116 N. Poindexter Street. Studio 511, which is celebrating seven years in the downtown, will also be taking registrations for its summer art camps. Port Discover, the hands-on science center for kids, will also be open at 611 E. Main Street.

Muddy Waters Coffeehouse at 100 W. Main Street will be hosting the artwork of high school students and representatives from Albemarle Hopeline. Arts of the Albemarle at 516 E. Main will showcase the artwork of students at Elizabeth City State University and College of The Albemarle. AoA will also host Rick Pronto, a jewelry and metalworks artist from Hertford.

Lindsay Doughty will showcase her handmade ceramics and soaps just outside the Elizabeth City Pizza Co. at 507 E. Main Street while Sweet Grace will unveil its new spring fashion line at Cozy Carolina Boutique at 105A S. Water Street.