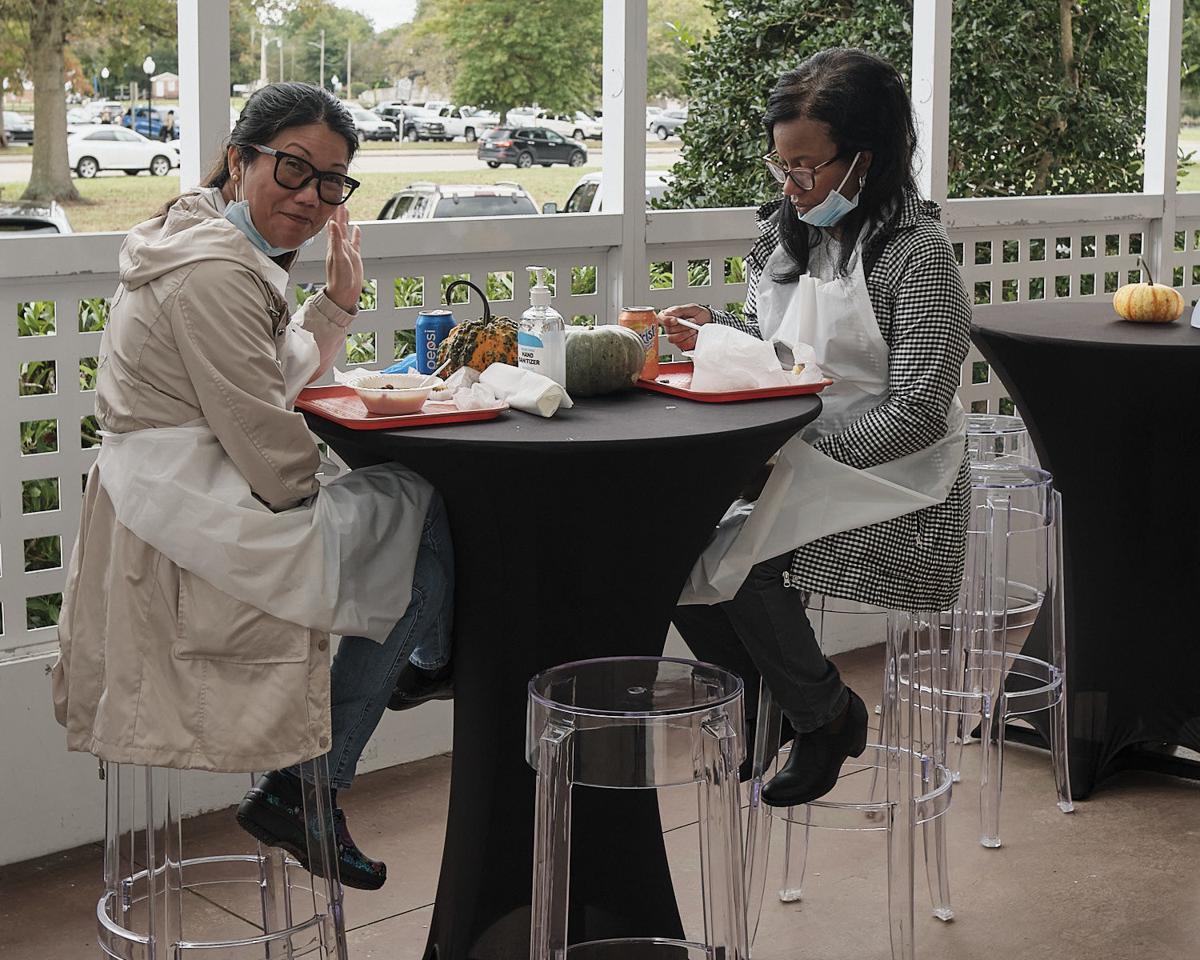 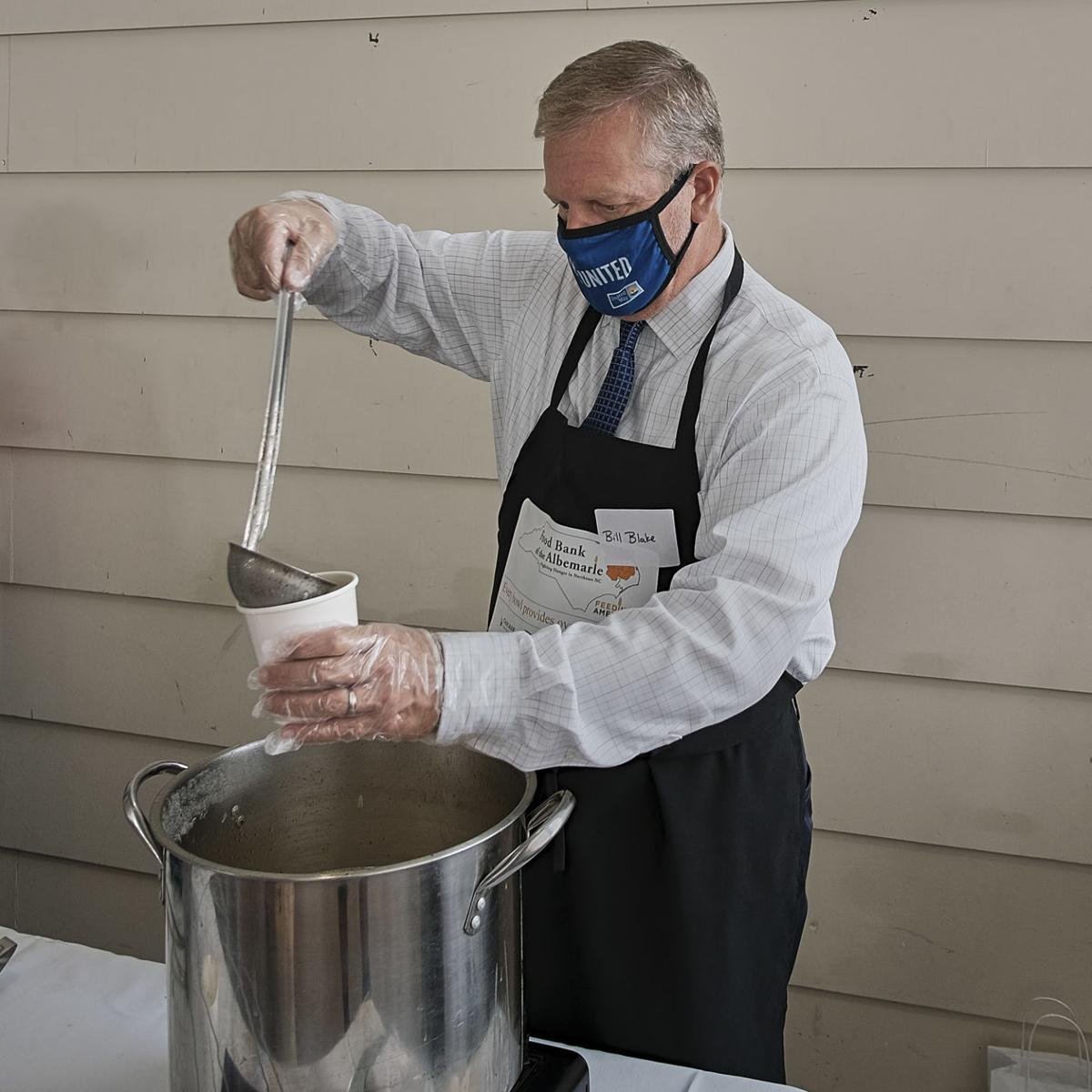 Bill Blake, executive director of Albemarle Area United Way, serves up bowls of smoked oyster chowder prepared by Hoppin’ Johnz New South Cuisine, during the Empty Bowls of the Albemarle luncheon on the portico at Museum of the Albemarle, Wednesday. 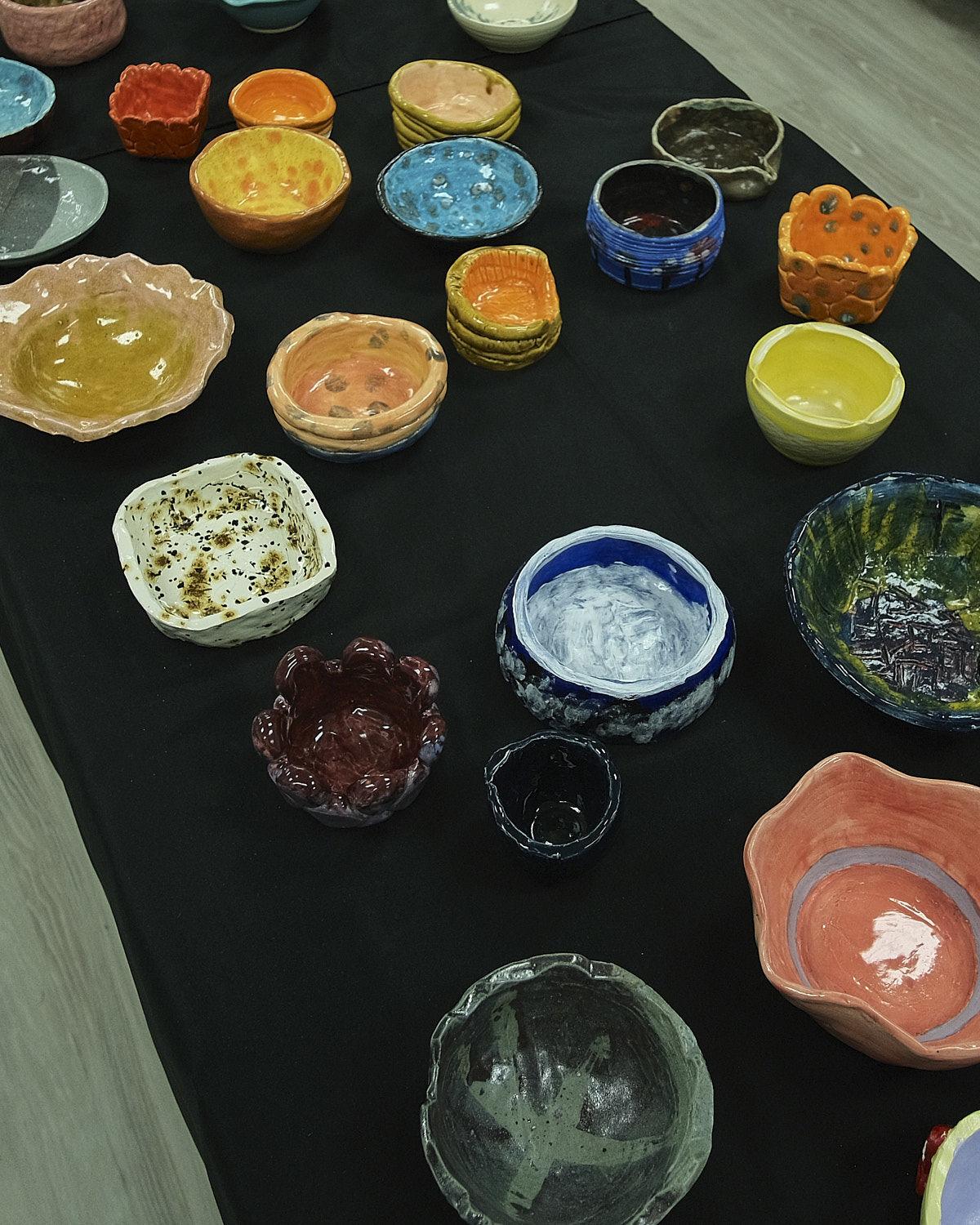 Bill Blake, executive director of Albemarle Area United Way, serves up bowls of smoked oyster chowder prepared by Hoppin’ Johnz New South Cuisine, during the Empty Bowls of the Albemarle luncheon on the portico at Museum of the Albemarle, Wednesday.

Last year, Food Bank of the Albemarle canceled its chief fundraiser because of COVID-19 concerns. This year’s Empty Bowls of the Albemarle luncheon was held Wednesday, and it appears COVID-19 may have affected attendance.

Liz Reasoner, the Food Bank’s executive director, described turnout at Wednesday’s luncheon as “light” and said COVID-19 likely discouraged participation. She noted that a considerable number of residents who support the Food Bank are retirees who may still be cautious about attending large gatherings because of COVID.

While not as many people attended Wednesday’s luncheon as Food Bank officials had hoped, Reasoner was thankful for the many who did. About 155 people bought tickets and attended the luncheon.

“We’re grateful for those who came out,” she said.

This year’s Empty Bowls raised about $19,000, a bit short of the Food Bank’s goal of $25,000. Reasoner was still pleased, though, pointing out that for every $1 raised, the Food Bank can provide four meals to the area’s 48,000 food-insecure residents.

Empty Bowls began Tuesday evening with a preview party and silent auction at Museum of the Albemarle. Ticketholders got to sample several different soups prepared and donated by local restaurants. For instance, The Mills Downtown served up a black bean and andouille sausage soup and Firehouse Subs contributed a loaded baked potato soup.

Wednesday’s luncheon was held from 11 a.m. to 2 p.m. on the museum’s portico.

Meekins was having a navy bean and ham soup made by Blue Ruby.

“It was really good,” she said.

Blowe was having the chicken and pastry soup provided by Currituck BBQ Company.

Both said they were attending Empty Bowls for the first time.

Tuesday’s silent auction raised $2,375 and a 50/50 raffle raised another $1,550. Reasoner said the woman who won the 50/50 raffle donated her share — $775 — back to the Food Bank. Additional funds are provided by a host of area corporate sponsors.

Empty Bowls raises money for the Food Bank through the sale of tickets to the two-day event. Each ticket sold can provide as many as 100 meals, and each ticketholder gets to take home a bowl that was handmade by either a local artist and or school art student.

The money raised goes toward supporting more than 150 food and nutrition programs the Food Bank provides in its 15-county service area.

The featured pottery artist for this year’s Empty Bowls was Jerry Murray, who made more than 300 bowls, including some larger items that will be sold in a silent auction.