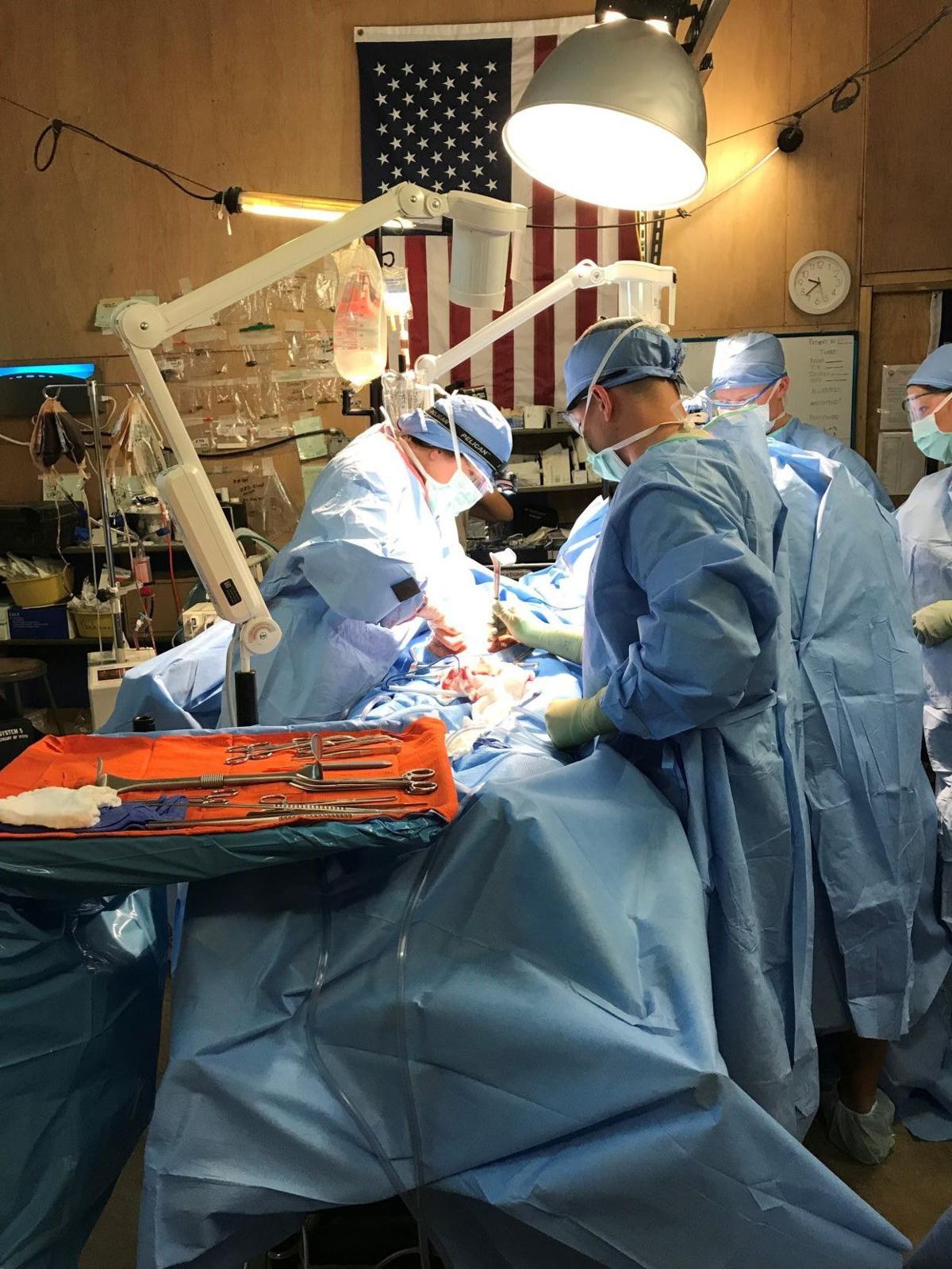 Dr. Nicole Yeshtokin, a new general surgeon at Sentara Albemarle Medical Center, operates on a patient in this undated photo from SAMC. Yeshtokins is a former U.S. Air Force major who treated the combat wounds of U.S. soldiers during her six-month deployment to Iraq in 2017. 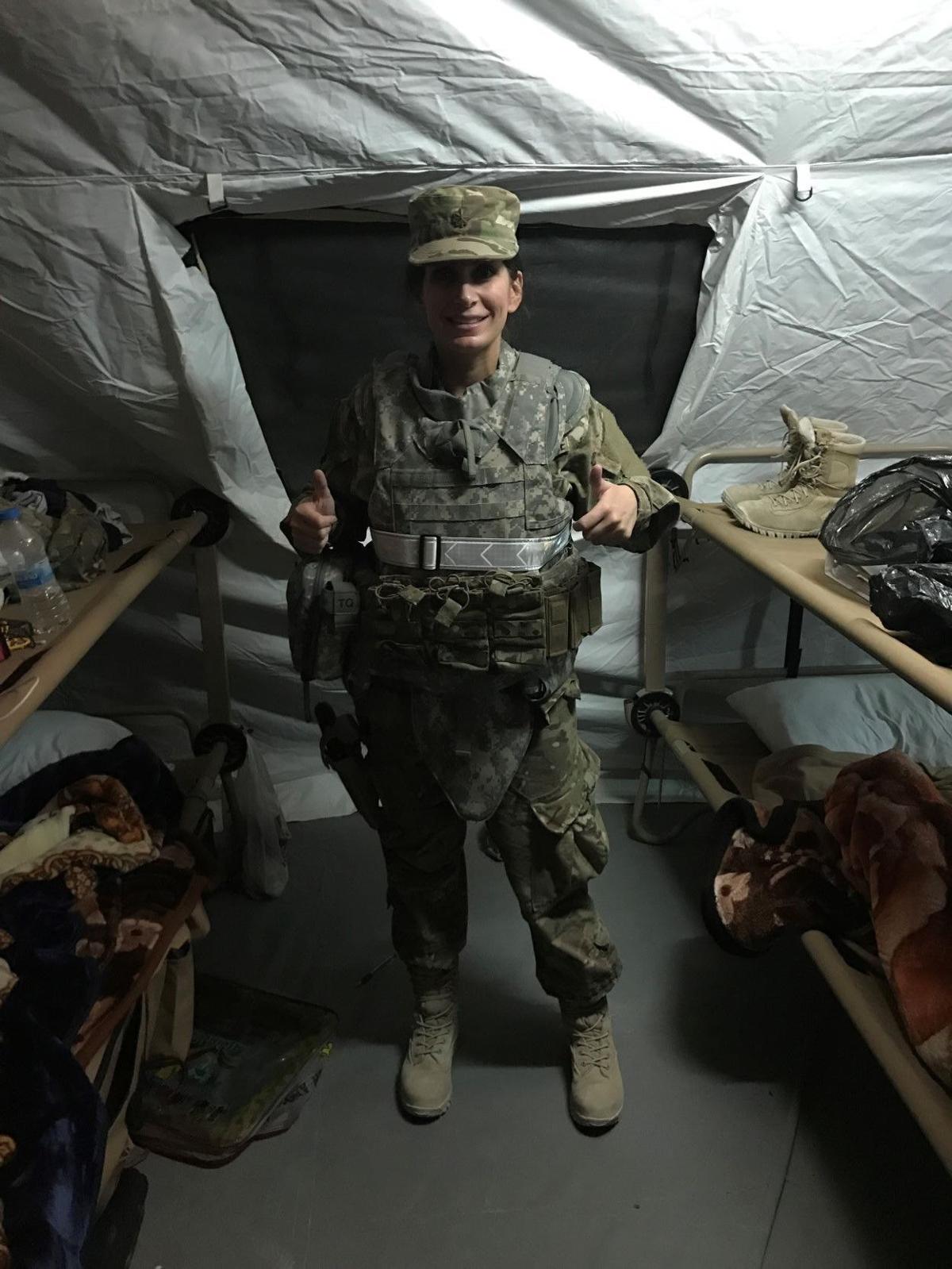 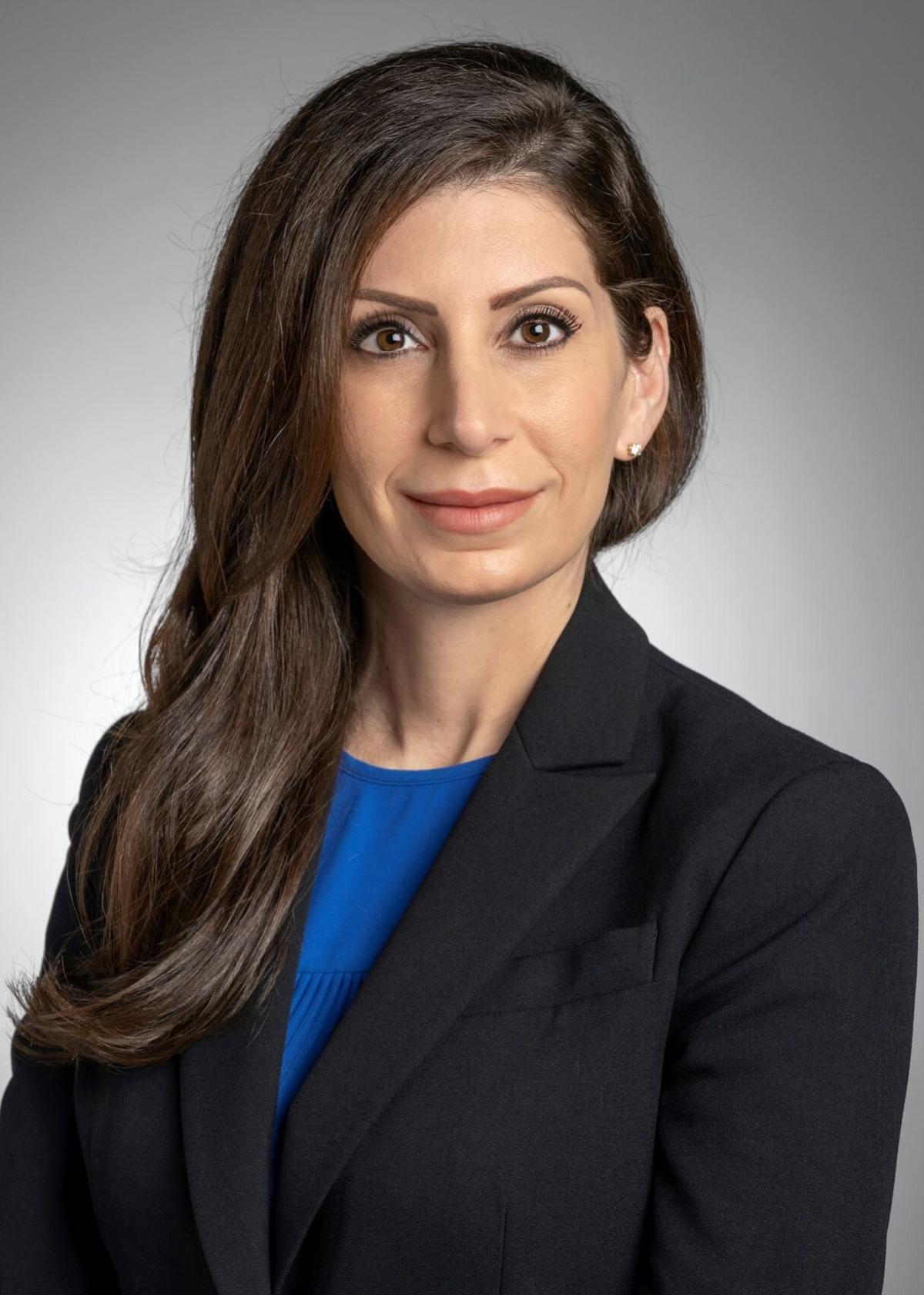 Dr. Nicole Yeshtokin, a new general surgeon at Sentara Albemarle Medical Center, operates on a patient in this undated photo from SAMC. Yeshtokins is a former U.S. Air Force major who treated the combat wounds of U.S. soldiers during her six-month deployment to Iraq in 2017.

That is one thing Dr. Nicole Yeshtokin gained while being deployed to Iraq as a U.S. Air Force combat surgeon four years ago.

Yeshtokin recently joined the staff at Sentara Albemarle Medical Center as a general surgeon. Some of the experience she brings to her new role includes treating traumatic combat wounds in less than ideal conditions at a forward MASH-type unit that operated near the Syrian border.

Yeshtokin was a U.S. Air Force major at the time of her 2017 deployment and her forward unit also included an orthopedic surgeon, a nurse and two operating-room technicians.

Yeshtokin was deployed in Iraq for six months and the medical team was the first to receive American and Iraqi soldiers wounded in combat.

Many of the soldiers whom she treated were injured by improvised explosive devices, or road-side bombs. Those soldiers often suffered traumatic wounds and severe bleeding, head traumas and other life-threatening injuries.

“It gave me a lot of confidence knowing that I can adapt to different scenarios easily,” Yeshtokin said of her experiences in Iraq.

Her unit’s goal in Iraq was to stabilize patients before they were medevaced to military hospitals. Yeshtokin said the “large majority” of the surgeries she performed were amputations.

“Most of them were blast injuries, amputations, stopping bleeding arteries,” Yeshtokin said. “We did some chest surgeries, bowel resections.’’

While she gained confidence in her skills during her deployment, she acknowledges some trepidation at the start.

Based at Langley Air Force Base hospital in Hampton, Virginia, Yeshtokin said she was “terrified” when she first learned she was being deployed to a combat zone in Iraq.

“That is probably what everybody feels,” Yeshtokin said. “I also felt knowing that I was the only general surgeon, I was pretty intimidated by the possibilities that I could experience from a surgery standpoint.”

Yeshtokin received training in combat surgery prior to her deployment. That training included “live animal” surgery simulations and working with local trauma surgeons “to get up to speed” on any type of trauma she might encounter.

“The military did the best they could to train me beforehand for combat surgery,” she said.

Yeshtokin said her unit was often alerted about upcoming military operations and to expect incoming casualties, especially during a two-month period of increased fighting in October and November 2017.

“At the beginning of the day, we would maybe have a heads-up and have time to prepare,” Yeshtokin said. “Our job was to provide initial stabilization, do damage control surgery before the patient is shipped to the next location (hospital).”

Outside of treating wounded soldiers, Yeshtokin said there was “nothing else to do” at her unit’s location.

“We would exercise for an hour or two every day,” Yeshtokin said. “That exercise included walking in a circle around the compound continuously.”

Yeshtokin left the Air Force in 2018 and worked at a hospital in Franklin, Virginia, before joining recently Sentara Surgery Specialists in Elizabeth City.

“It’s an experience I’ll never forget,” she said. “I’m proud of my military service and the soldiers we were able to save under austere conditions. But I’m ready to settle into this community and focus on the medical needs of our patients here.”

Yeshtokin performs a wide range of general surgeries at SAMC, including cancer, trauma and emergency surgeries. Her goal is help local patients from having to travel to Virginia or other areas to seek care.

“My specialty is general surgery, everything,” Yeshtokin said. “We don’t want to send people out, we can handle the cases here. That’s something I’m pretty good at, keeping people locally who want to stay.”

Yeshtokin grew up wanting to be a doctor, earning her undergraduate degree from Northeastern University in Boston. She then earned a doctor of osteopathy degree and a master’s degree in public health from the University of New England College of Osteopathic Medicine in Biddeford, Maine.

“Always wanted to be a doctor, there was nothing else,” Yeshtokin said. “I loved medical television shows, loved watching surgery at a young age.’’

Yeshtokin joined the Air Force prior to attending medical school in 2005 and she completed her general surgery residency in Pennsylvania before being stationed at the military hospital in Hampton in 2014 as a general surgeon.

“I joined the Air Force because it is the best,” Yeshtokin said. “The military paid for all of my education, gave me a stipend. That is how I was able to go to medical school.’’

Yeshtokin is board certified by the American College of Osteopathic Surgeons.