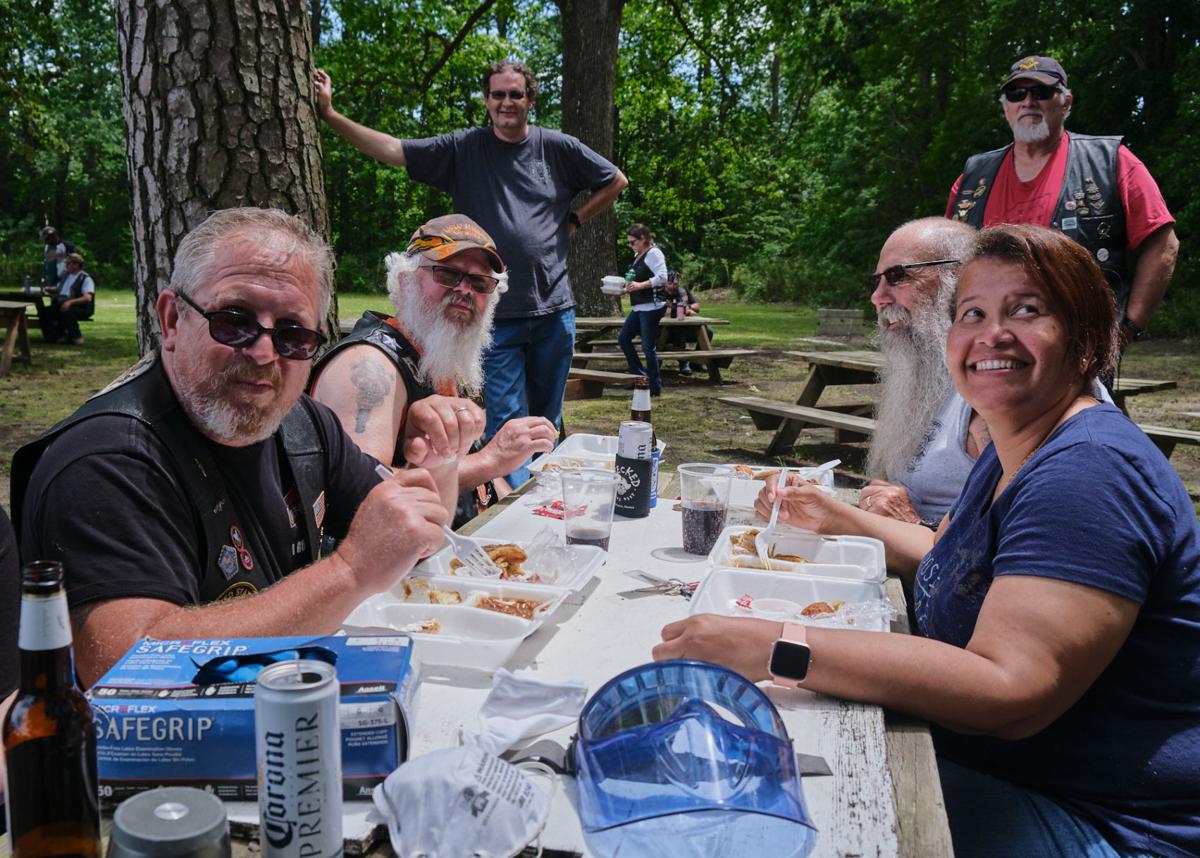 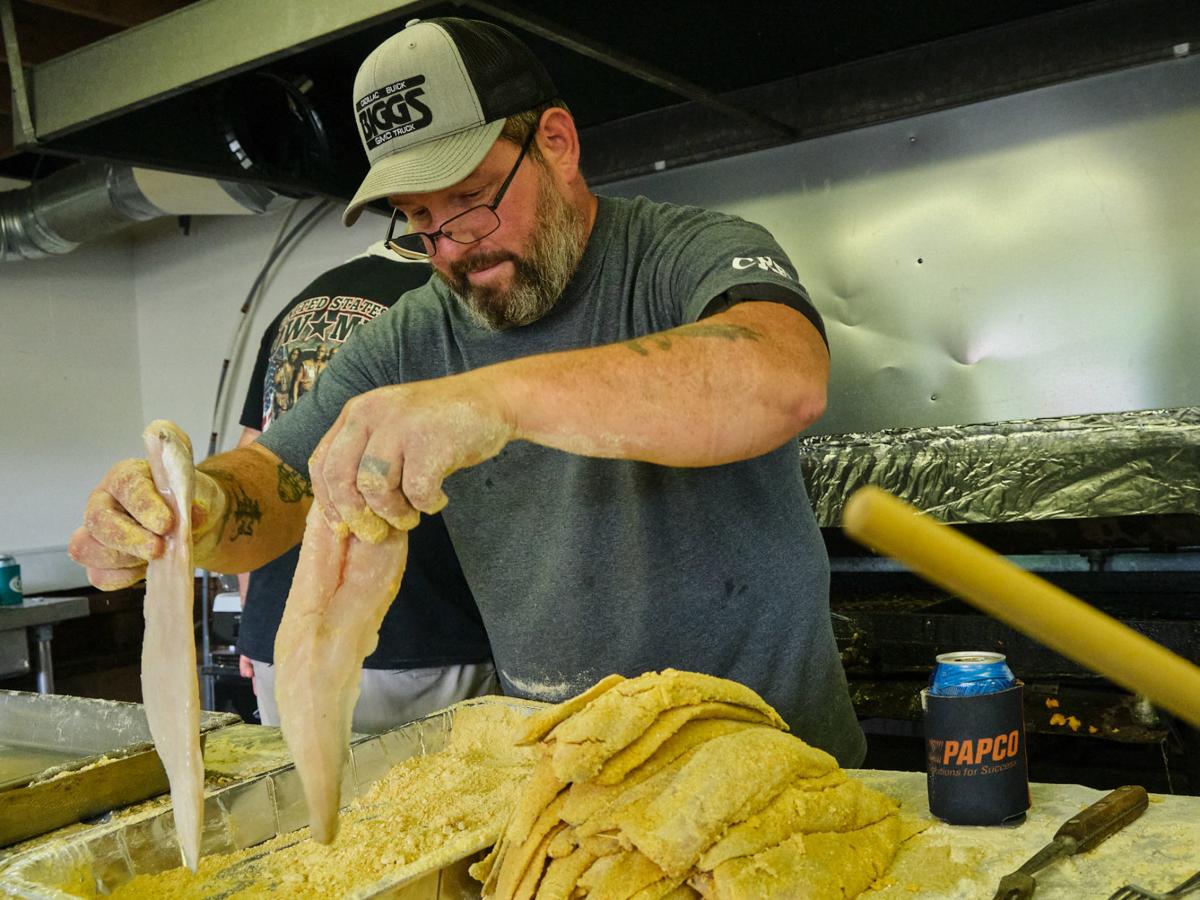 Craig Eversole, of Veterans of Foreign Wars Post 6060, breads whiting fillets during a fish fry at the post on Saturday, May 23.

Craig Eversole, of Veterans of Foreign Wars Post 6060, breads whiting fillets during a fish fry at the post on Saturday, May 23.

The fish fry was held from noon to 3 p.m. and featured fried whiting fillets at $10 a plate. By 1:30 p.m. veterans cooking up fish in the VFW’s concession area had served about 100 plates. An additional number of to-go orders also were purchased.

While its nonprofit status exempts Post 6060 from having to pay property taxes, the post does have utility bills and business-related taxes it must pay, said Scott Seddon, the post’s commanding officer. That’s why the money raised by the fish fry was such a relief.

“We’re hurting like everybody else,” said Seddon, of the post’s cash flow. “But we’re good at least a couple of months.”

Seddon, who was speaking after a Memorial Day ceremony at New Hollywood Cemetery on Monday, was responding to concerns expressed in a letter to the editor of The Daily Advance. In her letter, the writer said Gov. Roy Cooper’s statewide precautions against the spread of COVID-19 has adversely affected the post’s ability to raise money.

Post 6060 has a full kitchen and bar for its members, but another revenue generator for the VFW has been its weekly lunch specials. The meals are offered to the community each Wednesday and can be eaten in or carried out. That changed in mid-March, however, when Cooper ordered all restaurants closed, except to carry-out customers only. Cooper’s order also closed bars, including the one operated by VFW Post 6060.

“With that closure comes extreme financial difficulties, and a future that is very uncertain,” the letter writer stated. “Without the revenue generated by its vets, and the continuing bills that are still coming due, we may find ourselves in a precarious position.”

Seddon said that after Cooper closed restaurants in March, he decided to open the VFW’s kitchen daily to take out orders. The move was meant to help offset the loss of funds from having to close the bar and indoor dining.

On May 20, Cooper eased restrictions to allow restaurants to partially open to dine-in customers, as long as social distancing rules are followed. However, all bars, gyms and indoor entertainment venues must remain closed another five weeks, Cooper ordered.

Seddon said he is optimistic the post will be fine once the governor’s restrictions are lifted.

“We just need to open up soon, but that fish fry helped us,” he said.

The VFW was dealt another setback in late April when thieves stole the catalytic converter off the van the post uses to transport its honor guard to funeral ceremonies and other events.

Post 6060 is located at 1433 N. Road St., Elizabeth City, and at the time of the theft the van was parked in the post’s parking lot closest to the street. The post had been parking the van there for some time so passing motorists would see the VFW logo on its side and know it’s the post’s location.

Catalytic converters are a favorite among thieves because they contain precious metals, such as platinum, and can be sold as scrap.

Seddon announced soon after the theft that the VFW would hold the fish fry on May 23 to raise money, particularly to help pay for repairs to the van. In the several days after the theft and in leading up to the fish fry the VFW raised $2,500, Seddon said. Additional money was raised the day of the event, too.

For example, a group of VFW members from the Hampton Roads area of Virginia attended the benefit and made a substantial donation. David Twiford, owner of Twiford Funeral Homes, also stopped by the post and purchased 50 plates for first responders and staff at Sentara Albemarle Medical Center, Seddon said.

“The community came through for us,” Seddon said, of the outpouring of support.