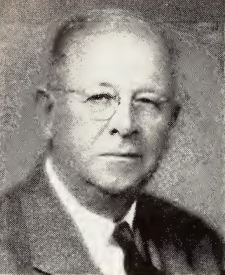 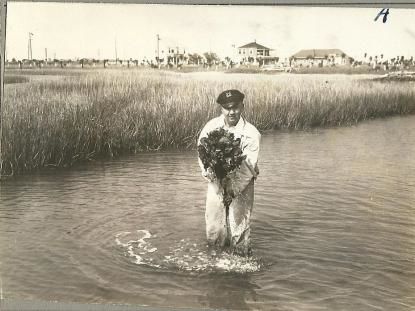 Black Delegates Had Voice at 1868 Convention

On January 14, 1868, a North Carolina constitutional convention, now known as the “Convention of 1868,” opened in Raleigh.

The convention was required by an act of Congress which ordered North Carolina to create a new state constitution. The General Assembly decided to hold a referendum in November 1867 to choose delegates to a constitutional convention to be held in early 1868.

Many former Confederate leaders had not yet taken an Oath of Allegiance to the United States and were not eligible to vote or serve. Chosen for the convention were 107 Republicans and 13 Democrats. The members of the first “Black Caucus” were all Republicans.

The participants of the Black Caucus were not legislators, exactly. But they came together at the State Capitol in January 1868 to take part in a very important process— to expand freedom for all.

On January 15, 1948, Josephus Daniels, newspaper editor and former Secretary of the Navy, died in Raleigh. While at school in Wilson, Daniels developed a love of journalism, and became local editor of the Wilson Advance. He later bought the newspaper, and over the next few years purchased several other papers with various partners.

Daniels remained a loyal Democrat throughout his career. In 1892 he received an appointment to a post in the Department of the Interior. He held the position for two years before returning to North Carolina, having just recently purchased the Raleigh News and Observer at public auction.

Because of his staunch support of the Democratic Party in the early 1900s, Daniels became close friends with President Woodrow Wilson. He served as Wilson’s publicity chief during the 1912 campaign, and was appointed Secretary of the Navy, a post he held through both of Wilson’s terms. In 1921, Daniels returned to Raleigh and his beloved newspaper.

Franklin D. Roosevelt appointed Daniels ambassador to Mexico in 1934, a post he held for 7 years. Late in life Daniels wrote a series of memoirs. Daniels remained active until his death from pneumonia. He was buried in Oakwood Cemetery in Raleigh.

On January 16, 1944, award-winning country musician Ronnie Milsap was born in Robbinsville. Born with congenital glaucoma, Milasp lost his eyesight early in life and spent 12 years learning to play the violin and piano at the school for the blind in the Raleigh.

Though he loved music, he received a scholarship and pursued a career as a lawyer. After a chance encounter in 1965, Ray Charles heard Milsap play the piano and encouraged him to follow his heart. Milsap formed his own band

After the 1969 hit “Never Had It So Good,” Milsap moved to Memphis to advance his career. He would go on to become one of country music’s biggest stars, winning eight CMAs, four ACM Awards and six Grammy Awards during the course of his career. He has also had a total of forty number one hits and has sold more than thirty-five million albums.

On January 18, 1958, the Ku Klux Klan rallied in a field outside of Maxton in Robeson County to “put the Indians in their place, to end race mixing.”

A generator powered the public address system and the single light bulb that illuminated the speaker’s immediate area. With only the dim light, the Klansmen, numbering less than 100, could not see the hundreds of Lumbee, some armed, surrounding them.

The two groups clashed and struggled over the light bulb until a gunshot shattered it. More gunshots rang out in the darkness as the Lumbee routed the Klansmen from the field, ending the night’s event. Police arrested the Klan leader, James “Catfish” Cole, for inciting a riot. He was convicted and served a year in prison.

The incident garnered national attention in contemporary news outlets, including a three-page spread in Life magazine. Several images captured the unfolding events and the aftermath, including a triumphant Simeon Oxendine wrapped in the captured KKK banner. Oxendine was a prominent Lumbee community leader and a World War II veteran who flew more than 30 bombing missions.

In 1967, folklorist Malvina Reynolds paid homage to the confrontation in her song “Battle of Maxton Field.”

Born in 1881 in Seaboard, Rose discovered his knack for merchandising early on. At age 12, he set up a wooden packing crate outside his hometown pharmacy and sold bundles of wood, his mother’s homemade cookies and other items.

After business school in Virginia, Rose opened a store in Littleton. At times his capital was so limited he used empty shoeboxes to help fill the shelves. For a time he worked as a traveling salesman. He used that experience to educate himself about competitive pricing strategies.

The venture failed, but in 1915, Rose borrowed $500, bought a shop in Henderson and opened the first Rose’s store. Rose removed merchandise from behind counters (where it had to be retrieved by stock clerks) to shelves that shoppers could peruse at their own pace.

On January 20, 1854, Furnifold Simmons, a major 20th century politico, was born near Pollocksville in Jones County. Simmons would become famous for his five terms in the U.S. Senate and his dominance of the Democratic political machine which then held sway in state politics.

After graduating from what is now Duke University in 1873, Simmons moved to Goldsboro and then to New Bern to practice law. He was elected to his first political position, the U.S. House of Representatives, in 1886. He lost his first bid for reelection to Henry P. Cheatham, an African American.

As the chairman of the Democratic state executive committee in 1892, and again from 1898 to 1907, Simmons gained statewide political prominence and power. He was deeply involved in engineering the white supremacy campaigns of 1898 and 1900.

In the U.S. Senate, Simmons was largely responsible for the creation of Fort Bragg during World War I and for the construction of the Intracoastal Waterway.

In 1928, he drew national attention for his outspoken opposition to the presidential candidacy of Democrat Alfred E. Smith of New York, favoring Herbert Hoover. He was defeated in the Democratic primary in 1930, largely because he chose not to support Smith.

On January 21, 1891, Gov. Daniel Fowle declared “war” on northern fishermen poaching on North Carolina’s deep-water oyster beds. The oyster “pirates” had already depleted the Chesapeake Bay’s rich oyster beds during the 1880s. In an effort to meet seafood canneries’ growing demands, they had moved their dredging operations into North Carolina.

Then, in early 1891, a small fleet of illegal oyster schooners were reported in the oyster beds of Pamlico Sound and off the coasts of Hyde and Dare counties. Governor Fowle and the General Assembly quickly passed legislation to stop the out-of-state dredgers and halt the shipping of North Carolina oysters to northern markets.

Fowle sent an armed patrol boat into Pamlico Sound to seize or sink any illegal oyster dredgers. Within three months, the oyster “war” was over. Only the captain and crew of one ship were ever taken to trial.