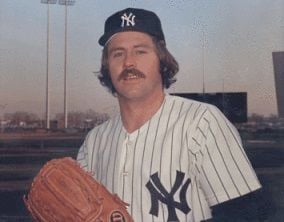 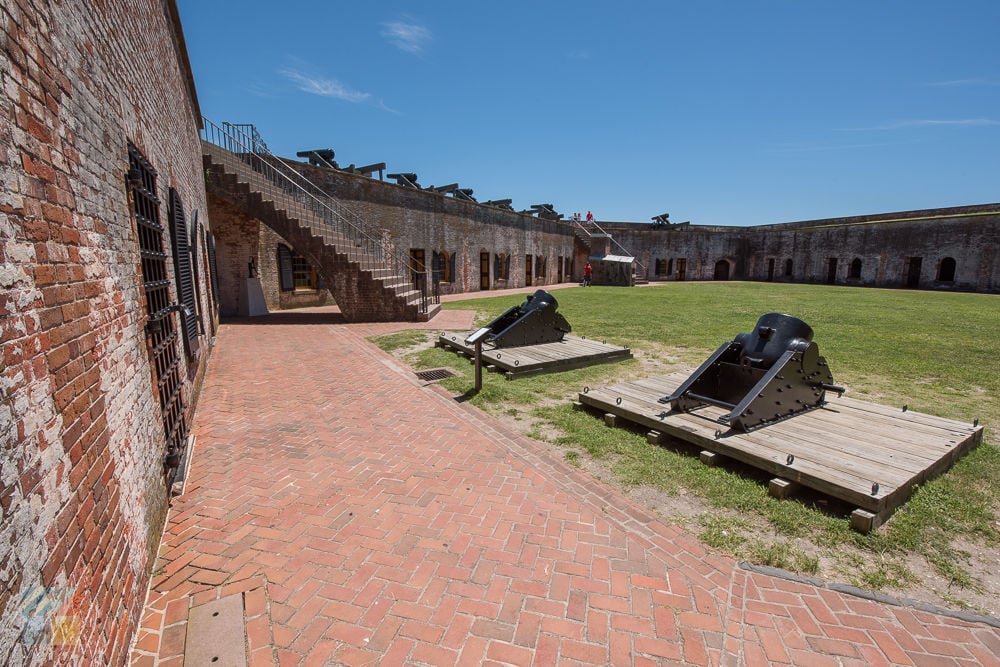 Though Hunter excelled in a variety of sports in high school, his pitching skill was what stood out. Word spread fast, and soon major league scouts began to make the trip to Hertford to see him play.

Though wounds from a hunting accident jeopardized Hunter’s prospects in the eyes of many professional scouts, the Kansas City Athletics had faith in the young pitcher and signed him to a contract.

Hunter was an immediate success with Kansas City, earning his first major league victory in July 1965 in Fenway Park in Boston. He pitched a perfect game against the Minnesota Twins after the Athletics moved to Oakland in 1968. After a contract dispute in 1974, he left the Athletics for the New York Yankees. He was the highest paid pitcher in baseball when he signed with the team in 1975. After retiring from baseball in 1979, Hunter returned to his native Herford, where he lived until his death in 1999.

On April 9, 1585, Sir Ralph Lane sailed with 107 colonists to America. A native of Devonshire, England, Lane entered into the service of Queen Elizabeth I in 1563. After serving as a courtier, soldier and sheriff, he was invited by Sir Walter Raleigh to command an expedition to America. By the end of June 1585 they had arrived at Wococon, what is now Ocracoke, on the Outer Banks. A colony was established there with Lane as the governor.

The colony later moved to Roanoke Island and established Fort Raleigh. In 1586, Lane and a group of colonists explored the Choanoac Indian country and the Chowan River. Thomas Harriot, a mathematician and scientist, and John White, an artist, were members of the expedition. Raleigh had sent Harriot to study the native inhabitants and explore the region’s plants, animals and minerals. White was hired to make maps and paint watercolors. Their findings were preserved in a book, A Briefe and true report of the new found land of Virginia.

By June of 1586, the colony’s supplies were running short. Sir Francis Drake arrived on June 11 and the discouraged Lane and other colonists abandoned the colony and boarded Drake’s ships to return to England.

Unraveling the Mysteries of Psywar

On April 10, 1952, the United States Army moved the Psychological Warfare Center and School from Fort Riley, Kansas, to Fort Bragg, where it remains to this day.

The term “psychological warfare” originated during World War II, although the practice has been around since human beings first engaged in conflict with each other. Alexander the Great, Ghengis Khan and other historic military leaders often spread exaggerated rumors of their own armies’ prowess and savagery to intimidate enemies.

Any dissemination of propaganda to targeted enemy groups with the intention of sapping their morale and willingness to fight could be considered psychological warfare.

Charles B. Aycock and His Mixed Legacy

On April 11, 1900, Charles B. Aycock was unanimously nominated as the Democratic candidate for governor of North Carolina.

Aycock practiced law and co-founded the Daily Argus newspaper in Goldsboro, but it became clear that politics was his true passion. He distrusted the Republican Party, which supported African American involvement in government and endorsed the idea that politics should be reserved for the white race.

As he sought to build a political reputation, Aycock worked tirelessly on behalf of the public schools, believing that education was the key to social change. After serving as a federal prosecutor, he toured the state in 1898, pressing his views on race and education in a statewide series of debates with Populist Cyrus Thompson.

Aycock handily defeated his Republican opponent in the general election, and his inauguration in 1901 launched a 72-year Democratic hold on the state’s highest elected position. As governor, Aycock touted the “Dawn of a New Day” and continued to press for educational progress. He also advocated strongly for child labor reform and temperance laws, but met mixed success on those initiatives with the legislature.

His restored birthplace in Wayne County is now a state historic site.

The idea for the National Sportscasters and Sportswriters Association started with local restaurant owner Pete DiMizio, who appreciated the regional sports media and decided to honor them. He hosted a banquet for them at his restaurant in 1953. The event launched the North Carolina Sportscasters and Sportswriters Association and, after DiMizio’s death in 1958, a small group of Salisbury citizens continued and expanded upon DiMizio’s dream. The association went national the next year.

Today the association is dedicated to honoring, preserving and celebrating the legacy of sportscasters and sportswriters in the United States with the knowledge that what they do helps American sports fans form lifelong connections to sports.

The organization also develops educational opportunities for those who are interested in pursuing a career in sports media. Salisbury remains the group’s national headquarters. In 2017, they re-branded to the National Sports Media Association and moved the awards weekend and headquarters to Winston-Salem.

On April 13, 1947, a mob attacked civil rights protesters at the bus station in Chapel Hill. Earlier that year, the Congress of Racial Equality laid plans to test the enforcement of a Supreme Court decision that declared segregation on interstate buses and trains unconstitutional.

On April 9, eight African American and eight white members of the group set out from Washington, D.C., on Greyhound and Trailways buses in what was billed as the “Journey of Reconciliation.” A few days later, the buses arrived in Chapel Hill where the organizers met with students and townspeople. As the buses prepared to depart on April 13, two blacks refused to move to the rear. Upon leaving the buses, several of the protesters were attacked and arrested.

In May, those who had been arrested went on trial and were sentenced. Organizer Bayard Rustin and two white protesters, charged with interference, surrendered at the courthouse in Hillsborough and were sent to segregated chain gangs.

Rustin published journal entries about the experience. His writings, as well as the actions of the “Journey of Reconciliation” riders, in time inspired Rosa Parks’ nonviolent protest in 1955 and the Freedom Riders of 1960-1961.

On April 14, 1861, a militia company from Beaufort, acting on its own, boated over to Fort Macon, near Atlantic Beach, and seized the fort in the name of the state from a lone Union army caretaker.

Only two days after the firing on Fort Sumter, North Carolina had not yet left the Union to join the Confederate States of America. By the time North Carolina did secede on May 20, Fort Macon was securely in state hands with hundreds of Confederate soldiers making it ready for war. Over the next year, the fort was armed with 54 heavy cannons.

However, the Confederacy did not manage to hold the fort for long. In April 1862, after an extended siege led by Union Brig. Gen. John G. Parke, Fort Macon’s Col. Moses J. White surrendered the garrison to Union forces. The fall of Fort Macon closed the port of Beaufort to the Confederacy. The seizure was part of the Burnside campaign which saw much of coastal North Carolina fall into Union hands.

Today, Fort Macon is one of 35 state parks.

On April 15, 1960, about 150 student leaders from 10 states met at Shaw University in Raleigh for the “Southwide Leadership Conference on Nonviolent Resistance to Segregation.” The meeting took place just two months after the Woolworth sit-ins in Greensboro had launched the protest effort.

The session was designed to consolidate isolated sit-in efforts and map strategy. It was organized by the Southern Christian Leadership Conference whose executive director, Ella Baker, was a Shaw graduate. The conference created the “Temporary Student Nonviolent Coordinating Committee” headquartered in Atlanta.

The weekend’s keynote speaker, the Reverend James Lawson of Nashville, criticized established older groups such as the NAACP for moving too slowly and acting too conservatively.

The Reverend Martin Luther King Jr. spoke to a large group in Memorial Auditorium, urging students to adopt the nonviolent philosophy of Ghandi and face jail time for peaceful protest if necessary.

SNCC members were the “shock troops” and frontline leaders in the civil rights movement, especially in Mississippi in the summer of 1964. John Hope Franklin called them “probably the most courageous and the most selfless” of the civil rights workers.