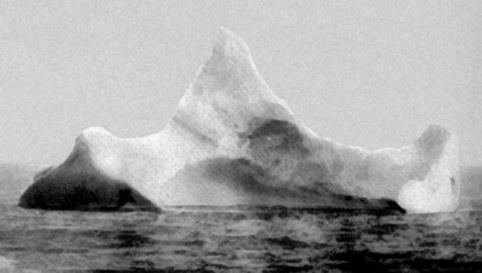 An iceberg in the 1910s. This image does not show the Salter Path iceberg. 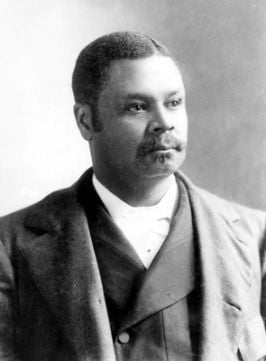 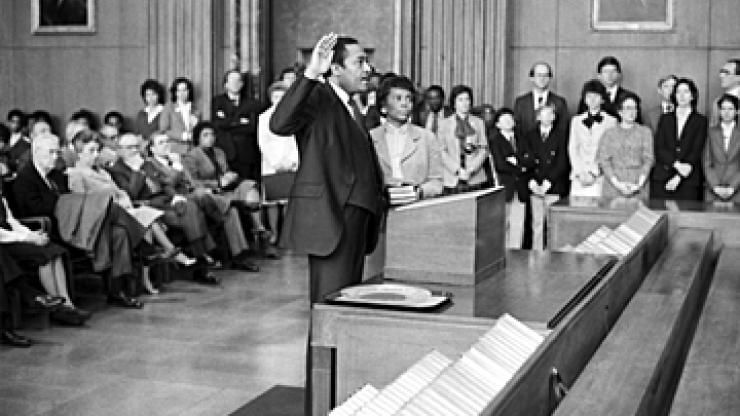 An iceberg in the 1910s. This image does not show the Salter Path iceberg.

On January 28, 1934, a devastating fire destroyed much of Wrightsville Beach, including the legendary Oceanic Hotel.

Just after noon on that Sunday, smoke poured out of the Kitty Cottage, a boarding house on the north end of the island. In less than three hours, more than 100 buildings were leveled as the westerly wind took the fire from building to building via wooden-shingled roofs. The handful of permanent residents and the tiny volunteer fire department formed bucket brigades and pushed carts laden with hoses through the sand but, with no fire hydrants, it was a lost cause. Once the wind shifted to the southwest, the flames roared to more than 50 feet high and were so hot they could be felt on Harbor Island, between Wrightsville and the mainland.

The Wilmington Fire Department was called to assist but, with no vehicular bridge to the island, the heavy equipment was placed onto a trolley and, once on the island, sank into the sand as the wooden boardwalks had been burned as well. All that was left of the north end of the island was chimneys, iron bed frames and dead crabs littering the beach.

White was the fourth of four African Americans to represent North Carolina’s Second District in the United States Congress in the late nineteenth century. He obtained a law license in 1879 and served in the North Carolina House of Representatives and the Senate before being elected to the first of two four-year terms as district solicitor for the Second Judicial District.

White moved to Tarboro to run for office in what was known as the “Black Second” Congressional District. Elected in 1896 and 1898, he was the only black representative in Congress at the time. He was attentive to local issues and appointed many blacks in his district to federal positions. After the passage of legislation disfranchising black voters, White declined nomination to a third term, saying “I can no longer live in North Carolina and be treated as a man.” In his farewell speech he stated that “Phoenix-like he (the negro) will rise up some day and come again (to Congress).”

White was the last black member of Congress for twenty-eight years, and the last black Southerner in the body until 1973. North Carolina did not see another African-American in congress until Eva Clayton and Mel Watt took their seats in 1992 and 1993, respectively.

A Works Progress Administration (WPA) worker reported that the iceberg was the size of a small island, extending six feet above the surface of the ocean, and on a westerly trajectory. Others reported that at Atlantic Beach, ice floes had piled up so high in the Bogue Sound at the Atlantic Bridge that gulls were landing on them.

The Harkers Island ferry had to break through ice to continue its run, and a man in Beaufort pulled frozen fish from the water. He got the surprise of his life when he returned from fetching a knife to find that they had thawed and were still alive.

That January had been so cold that The Beaufort News declared it the “Ice Age.” Temperatures, though cold, were not of record levels.

The thermometer dipped down to 18 degrees on January 20 and to 16 degrees on the 27th and 28th, though it did rebound to a balmy 21 degrees on the 29th Farther north, at Lake Mattamuskeet, so many birds were stranded by the ice bound conditions that they had to be fed by the superintendent.

The Carroll A. Deering, “Ghost Ship”

On January 31, 1921, the impressive five-masted commercial schooner Carroll A. Deering was found wrecked on Diamond Shoals off Cape Hatteras. At the time, she was returning to Newport News from a trip to Brazil.

Built in 1919 by the G. G. Deering Company in Bath, Maine, the ship was among the last wooden schooners built before their eclipse by iron shipbuilding.

Two days before the discovery of the wreck, the Cape Lookout Lighthouse keeper reported seeing the ship. A crew member yelled that the ship had lost its anchors and it continued sailing on. On the morning of the 31st, the Coast Guard discovered the foundered boat, ostensibly abandoned.

When the seas calmed four days later and the Coast Guard was able to reach the ship, it was clear the vessel had been abandoned—the crew and their navigational equipment, belongings, documents and lifeboats were all gone, but interestingly dinner was on the stove and the captain’s cabin was a mess. A few months later, the ship was dynamited so it wouldn’t be a hazard to mariners in the area.

The mysterious circumstances of the wreck became the subject of investigation which included a visit to Dare County by the FBI. Various explanations for the wreck surfaced, including pirates, mutiny, and the effects of the ship having travelled through the Bermuda Triangle. The cause remains a mystery.

On February 1, 1960, four African American college students sat down at the lunch counter at Woolworth’s Department Store in downtown Greensboro and asked to be served. They were refused, launching a sit-in movement that would spread throughout North Carolina and the South.

Sit-ins by college students during the next several months forced the integration of businesses in the region. Local media attention led to national coverage. The protest spurred similar efforts across the country, sparking a national call to battle by civil rights activists who endorsed the nonviolent form of protest to demonstrate society’s inequities for blacks.

In April 1960, the Student Nonviolent Coordinating Committee (SNCC), an outgrowth of the sit-in movement, organized at Shaw University in Raleigh. The sit-ins and demonstrations throughout the South, slowly led to changes in local attitudes.

On February 2, 1864, Confederate troops engaged the men of the 9th Vermont Infantry at the Newport Barracks in Carteret County.

The 7th Regiment North Carolina Infantry built the barracks south of Newport for quarters in the winter of 1861 and 1862. Shortly thereafter, the cluster of log huts was captured by Union troops, who added a hospital, headquarters, stables, storehouse and earthworks. Newport Barracks effectively became a Federal supply depot, since it was located near both the Atlantic Ocean and railroad tracks.

In January 1864, 2,000 Confederate troops under the command of General James G. Martin advanced from Wilmington toward Morehead City to support General George E. Pickett’s mission to regain control of New Bern. They reached the barracks on February 2. Company D of the 2nd Massachusetts Heavy Artillery, stationed inside Newport Barracks, prematurely abandoned their posts and retreated as the Confederates advanced. The commander of the 9th Vermont set fire to the depot and followed suit. The fleeing troops also burned the railroad and road bridges.

The skirmish was largely indecisive, though Martin’s men managed to capture 30 Union troops and gather some supplies and equipment from the barracks before they were destroyed. When the Confederate troops learned of Pickett’s failure at New Bern, they returned to Wilmington.

Then, in 1999, in another first, Hunt named Frye to the unexpired term of retiring Chief Justice Burley Mitchell. After Frye lost his bid for a full term as chief justice in 2000, he retired, having served on the state’s top tribunal for more than 17 years.

Frye has led a remarkable life. Born the son of a Richmond County farmer in August 1932, he graduated with top honors from North Carolina A&T State University and became a U.S. Air Force captain. Despite his education and service, he was told he had failed the required literacy test when he returned home and attempted to register to vote in 1956. The experience inspired him to become a lawyer.

In 1968, Frye became the first African American elected to the North Carolina General Assembly in the twentieth century. The first bill he introduced was a constitutional amendment abolishing the literacy test. Frye eventually served six terms in the state House and one term in the state senate before he began his judicial career.

On February 4, 1944, Annie Land O’Berry, administrator of the North Carolina Emergency Relief Administration , or NCERA, and president of the Rural Rehabilitation Corporation, died while undergoing treatment for an illness. Born in Edgecombe County in 1885, she lived on the family farm there until she was sent her to live with her sister in Littleton after her parents’ deaths.

She graduated first in her class from what is now Peace College in Raleigh, and went to live with her brother in Kinston.

Active in civic organizations and the North Carolina Federation of Women’s Clubs, O’Berry demonstrated leadership that garnered the attention of Governor Angus McLean, who appointed her to the Commission to Study County Government and the North Carolina Historical Commission. In 1930, she was named vice-chair of the state executive committee of the Democratic Party.

In 1933, O’Berry was tapped to serve as head of the NCERA. She was one of the few women to administer a state emergency relief agency.

As head of NCERA, she provided relief to many citizens through direct aid and employment.

She remained in charge of the off-shoot Rural Rehabilitation Corporation, which provided loans to farmers, until her death.