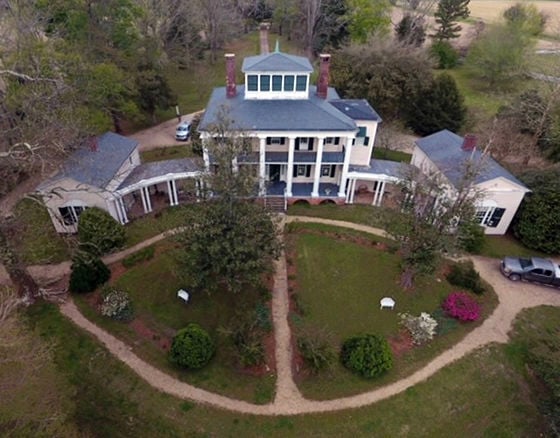 The N.C. General Assembly has appropriated $6.1 million to the town of Edenton to purchase the 194-acre Hayes Farm. The property will be added to the Edenton State Historic Site and be overseen by the Elizabeth Vann Moore Foundation, an Edenton-based nonprofit. 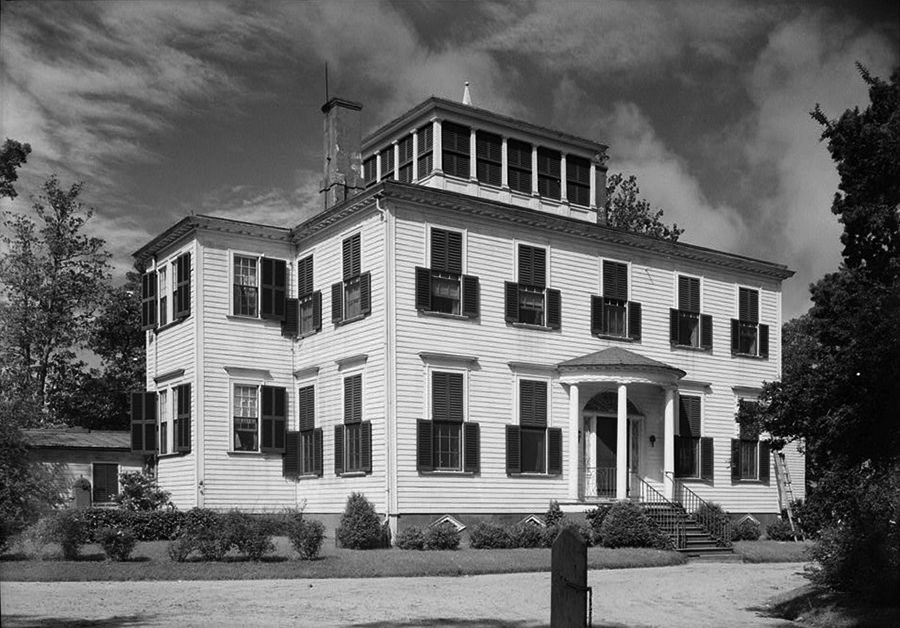 The main house at Hayes Farm, shown in this 1940 photo, is part of Edenton’s $6.1 million purchase of the property from the Wood family.

The N.C. General Assembly has appropriated $6.1 million to the town of Edenton to purchase the 194-acre Hayes Farm. The property will be added to the Edenton State Historic Site and be overseen by the Elizabeth Vann Moore Foundation, an Edenton-based nonprofit.

The main house at Hayes Farm, shown in this 1940 photo, is part of Edenton’s $6.1 million purchase of the property from the Wood family.

EDENTON — After months of planning, the North Carolina General Assembly recently appropriated $6.1 million to Edenton to use purchasing the Hayes Farm.

The farm, which lies just over a wooden bridge that straddles Queen Anne’s Creek, is a historic 194-acre tract that is currently owned by the Wood family.

The property was originally owned by Samuel Johnston, an American Revolutionary statesman and planter who became North Carolina’s first senator and sixth governor.

The tract will be sold in 2022 to the state and added to the Edenton State Historic Site, which also includes the Iredell House, 1767 Chowan County Courthouse and the 1886 Roanoke River Lighthouse.

The Elizabeth Vann Moore Foundation, an Edenton-based nonprofit, will be responsible for the day-to-day upkeep and maintenance of the Hayes Farm. The foundation is named for Edenton resident Elizabeth Vann Moore, who resided on West King Street in Edenton until her death in 2010.

“I know that this announcement would have thrilled Elizabeth Moore, who would have challenged us all to get every facet of this project done correctly and in an historically accurate way and based upon facts found in primary source materials,” said Sam Dixon, the Moore foundation’s chairman.

Dixon said upon completion of the sale, Hayes will provide cultural, walking, running, hiking, kayaking and swimming activities for all Edenton residents. The site will also host events to help sustain the property.

“The structures located on Hayes range from the large James C. Johnston house to the rare and important enslaved workers’ cottages,” Dixon said. “The Elizabeth Vann Moore Foundation will make sure that these buildings help tell the full and inclusive story of life in Edenton since the mid-18th century.”

The Moore Foundation said in a statement that it will be working with the Southern Historical Collection and other scholars to interpret accurately the rich African American history at Hayes.

“The African American burial ground needs to be located and marked and the stories of the enslaved workers need to be studied and published,” the statement reads. “Many of the letters written are included in the Hayes collection in the Southern Historical Collection, in Chapel Hill.”

Dixon thanked both state Sen. Bob Steinburg, R-Chowan, and state Rep. Ed Goodwin, R-Chowan, for working to get the $6.1 million included in the state budget to fund the property’s purchase.

“We are all thankful that Sen. Steinburg and Rep. Goodwin were able to get this important project funded,” Dixon said. “I would also like to thank the North Carolina Society and the Conservation Fund for financing specific parts of this project.”

In a press release, Edenton Town Manager Corey Gooden noted the significance of the purchase.

“Generations of the Wood family have welcomed thousands of visitors and shared the history of Samuel Johnston and Hayes,” Gooden said. “This acquisition assures that the history and natural beauty of the property will continue to be shared for generations to come.”

The property is one of only 38 National Historic Landmarks in North Carolina. Both the Cupola House and 1767 Chowan County Courthouse in Edenton are also on the list.

Samuel Johnston himself resided on the property in the Gate House, constructed before 1765. The Gate House is included in the 194-acre purchase, as are five enslaved workers’ cottages, the dairy, stables, carriage house, several farming buildings and a cemetery.

The cemetery on the property holds the graves of many of the U.S. nation’s foremost Revolutionary era leaders, including Johnston, James Iredell Sr., James Iredell Jr., Penelope Barker and James Cathcart Johnston, who completed the 1817 Hayes house.

The property’s current residents, John and Susan Wood, have been its caretakers for decades. Hayes was originally handed over to the Wood family by James C. Johnston after his death. Six generations of the Wood family have resided at Hayes in the 15 decades since.

“We’ve been working on this particular development for about four years,” says Susan Wood. “In the past, we rejected numerous offers from private developers and even a golf course. But this time we felt it was right.”

“Hayes being handled by the EVM is really great and was what helped sell us on the idea,” said John Wood, who has lived at Hayes for about 60 years. “We’ve always enjoyed sharing the property with the community, which is what will happen more in the future.”

“We’ve been the stewards of Hayes for over 150 years,” he said. “The time is right, however. John, (our sister) Heide and myself own the property and we all agreed that this was the right thing to do.”

Asked about being the final Wood family members to live on the property, Susan Wood said it “will be bittersweet” to leave but she and her husband are “excited for the future.”

“This is really the best path forward,” she said. “The possibilities with Hayes are endless and we can move into the next chapter for our family while handing this over to the community.”

“I know my father would be very pleased with this,” Edward Wood added. “He thought it was a treasure that should be in the hands of the state or a foundation.”

The Woods praised Dixon and Steinburg’s efforts in making the Hayes purchase a reality.

“Sam Dixon had endless effort and energy put into this project. He was the catalyst to make it work,” Susan Wood said.

“(Sen.) Steinburg was there the whole way,” Edward Wood said. “As for Sam Dixon, people would always say ‘no this can’t be done,’ and Sam is the guy that gets it done.”