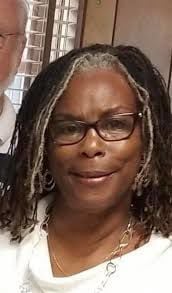 Hertford Town Councilman Quentin Jackson announced Monday that he has filed a lawsuit against Mayor Earnell Brown and that he seeks a public hearing to censure her.

Jackson’s plans come on the heels Brown’s public statement during a December council meeting about his actions, some of which involve criminal conduct.

“I have taken out a lawsuit on the mayor. I know that’s not going to sit well, but what the mayor started saying was that everything she said was facts. What was so so funny is that I went back and researched all this stuff and she lies. She constantly lies,” he said during Monday’s council meeting.

Previously during the Dec. 15 council meeting, Brown urged Hertford town councilors to take action against Jackson, claiming his conduct is reflecting negatively on the town. Brown called for council to either censure Jackson, seek to remove him from office, or seek state legislation authorizing the town to hold a recall election.

During Monday's meeting, Hodges said while any criminal and ethics policy violations should be taken seriously, censure is a simple gesture that doesn’t affect an officeholder’s ability to vote or serve on a board.

Hodges said though it is an action that can be taken and recorded in the official meeting minutes, “she doesn’t stop being mayor and you (Jackson) don’t stop being a councilman. What I tell people is, if you don’t like who’s up here, that’s what the voting box is for.”

Hodges added that while council should all be holding itself to ethical standards, “there are so many problems to solve that spending a lot of time on this (censure) stuff to me is not the most productive use of time.”

After a back and forth exchange with Jackson about whether to hold a public hearing, Mimlitsch said, “All a censure really does is put a black eye on the town. Honestly, that’s not what I’m here for. I want the Town of Hertford to be built up. I want people to come to Hertford and I want our citizens to be proud of our town.”

Norman said “a black eye has already been done” so Jackson has the right to ask for a public hearing. He noted that councilmen took a different tone during the December meeting when the mayor listed the Jackson’s transgressions.

During Monday’s multi-hour meeting, Jackson talked about Mimlitsch’s previous comments about leadership and how actions outside council chambers reflect on people’s perception of Town Council, how council members should contact department heads and using elected officeholder’s position to assert influence.

Mimlitsch said by virtue of being in a leadership role as councilor, they serve as role models. For example if a councilor is pulled over by police, he said, that person should never say that they should not be arrested because they serve on council. Mimlitsch said he wants people to see him not as a councilman, but as an average citizen.

Jackson noted the double standard that when councilors are critical of other councilors, Mimlitsch is silent.

“I just want to say that I feel like that is unfair,” Jackson said. “People shouldn’t be like that.”

Jackson then asked Hertford Police Chief Dennis Brown about an incident that took place May 17 – the day Jackson said he called police so as to send officers out.

Chief Brown answered that he’d have to review his notes about the matter before answering Jackson’s questions. Jackson claimed Brown took a woman to the magistrate’s office to file charges against Jackson.

Brown responded that he did take a woman to the magistrate’s office to initiate criminal charges but beyond that, he couldn’t talk more about those events without his notes.

Jackson disputed accounts about what happened.

Jackson defended himself from allegations Mayor Brown made about an incident that happened Saturday, Dec. 6 outside Edenton. According to the Chowan County Sheriff’s Office, a deputy discovered an unoccupied vehicle in the Cape Colony neighborhood by the Northeastern Regional Airport around 11:30 p.m.

During her remarks Dec. 15 meeting, Brown said that while the deputy was checking the car’s vehicle identification number, Jackson appeared “nervously” from a wooded area. Jackson approached the deputy and said it was his car. The vehicle had revoked plates which were subsequently seized and turned over the N.C. Department of Motor Vehicles.

Brown said the deputy patted down Jackson and discovered he was in possession of an 800 megahertz radio and there was a green ballistic vest in the car’s back seat.

Jackson said the vehicle wasn’t his and that he didn’t get a ticket.

Jackson said the mayor was lying – everything she said about the incident is false; all hearsay and that she broke the law.

Jackson then turned back to an incident where the mayor made claims that he assaulted a man. Jackson said that was another lie.

When addressing actions that Jackson said may be cause for censure, he talked about a tablet that had been reported missing from Town Clerk Shoniqua Powell. Mayor Brown noted that the tablet was removed without authorization from her office and how several days later, Powell confided that Jackson had called and asked her for the password.

Jackson asserted he provides technical assistance to Town Hall and council, so he said the mayor is lying.

Jackson then talked about how after the mayor was elected, she asked an employee to provide 6 months of meeting minutes in short order. Because the employee was unable to provide the minutes, the mayor expressed her displeasure.

“How is that fair?” Jackson asked.

Then when the same employee left the job, Jackson said, the mayor said that she was glad so that the town could hire someone more qualified.

Jackson then called out the mayor’s actions involving her talking to police before going out to learn more about a fight that had been reported on King Street.

He then spoke about how the mayor “hijacked the budget and led the charge” before moving onto actions he perceives as a conflict of interest, but no one on council called her out.

“It was brought to your attention, but nobody said nothing,” he said.

Jackson moved onto a proposed town council drug testing policy – a proposal that had been endorsed unanimously by council during a work session but was not adopted because the item was taken off the agenda at the mayor’s request.

“So you keep talking about integrity – we hold our employees to a standard that we don’t follow ourselves,” he said.

Jackson made a motion that council be held accountable to the same drug policy as Town’s employees. Motion failed 3-2 with Brown, Hodges and Mimlitsch voting against it with Jackson and Norman voting in favor.

Then Jackson said the mayor kept an employee in her office for over an hour when that person was supposed to be working for the town. Jackson said council policy asserts that no one should talk to employees outside council meetings.

“Our employees were getting sick because of the marijuana and the people that the mayor was having in her office,” he said. “Not one of you guys said nothing.”

Brown has firmly denied claims that she smokes marijuana. She has not been charged with anything.

Jackson then brought up how the mayor furnished and equipped her office soon after being elected but before being sworn-in. He said Brown lied to council about her acquisitions.

“Are you going to hold her accountable for her lie? Absolutely not because she’s on your team,” he said to Mimlitsch and Hodges.

Previously published stories state that Brown submitted a list of items on Nov. 14 for purchase to Town Manager Pam Hurdle, according to the mayor’s memo. Jackson, who was then serving as mayor pro-tem, tried to block the purchase. Mayor Reid intervened and approved the requisition of the furniture and office accessories.

Norman disputed Reid’s role who he said did not have the power to authorize the purchase. He said Reid complained about what happened.

Jackson then brought up a murder claim, but did not elaborate more before moving onto how this relates to zoom meetings being hacked into last year, however, no one on council said anything when this happened. His list of what he considers Brown’s offenses arising from Town Hall’s dealings with the ABC Board to how she tried to get a free dumpster from the public works department to give to someone to contacting former town employees.

“Tell me I’m lying because all these people are going to get subpoenaed and testify in court, but you guys won’t say anything about that will you? Absolutely not. You won’t anything about it.”

Jackson flipped back and forth on a multitude of topics ranging from mayor changing council’s agenda to her joining the town’s Christmas parade before being sworn-in before asking why she isn’t called out for taking such actions. He vigorously continued to defend himself and discuss the mayor’s words and actions how there is a double-standard when calling him out, but not the mayor – “It’s not fair.”

“You guys will call me out behind a lie, but you won’t call the mayor out behind the truth,” Jackson said.