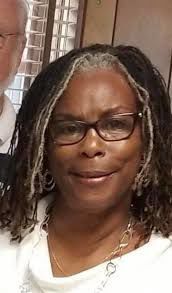 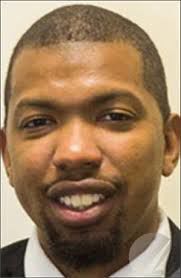 When Jackson started playing Sam Cooke’s “A change is gonna come” over his microphone, Brown countered that the loud music was disrupting the meeting and she asked Jackson – again – to stop.

“Please respect this meeting,” Brown said to Jackson. “I am the officiator of this meeting and we will not do that again, so if I have to ask a third time – according to the regulations...”

During these heated deliberations, Chief Roman escorted Jackson outside for a few minutes.

Later, Jackson cut Brown off as he said the rules from the UNC School of Government state that the mayor does not have the power to eject a councilman from a meeting. He said his music is not disrupting the meeting.

Speaking over Brown, Jackson called the mayor an “Uncle Tom” twice. Brown countered that Jackson was completely disrupting the meeting.

Jackson responded by saying, “I’m not disrupting nothing.”

Brown reminded Jackson that disrupting a council meeting is considered a Class 2 misdemeanor.

Mayor asked Jackson again if he could turn his music down or off.

When Jackson ignored her, Brown asked councilors to turn up their microphones.

As council discussed approving the minutes from previous council meetings, Jackson’s music stopped playing but that didn’t dampen his resolve to disrupt the meeting.

Jackson asked if “racist” comments said about him would be included in the official record.

Jackson accused Brown of calling him a “special needs person” during a recent council meeting.

Mayor answered “no” about whether the remarks would be included in the minutes before she told Jackson he was out of order. The two sparred again over whether he was disrupting the meeting or not.

As Jackson continued to argue, Brown ignored him and moved the meeting forward.

Circling back as councilors voted to approve the minutes, Jackson said the mayor’s comment about him being a “special needs person” needs to be added to the record.

During citizens’ concerns, Matt Cyr of Front Street asked about why a couple of councilman – Frank Norman and Jackson – didn’t recite the Pledge Allegiance to the flag when the council meeting started.

“I find it very disrespectful,” said Cyr, a Department of Homeland Security employee and retired US Navy Commander.

Norman said his father and family members have served in the military along as have his four sons. Norman said he arrived late to the meeting, so when it started, he was busy organizing the agenda packet so as to be better prepared. In the past, Norman said he has stood up to recite the Pledge of Allegiance, however, he contends that people have a right not to stand if they so choose.

“No law that requires any citizen, council person or not to stand for the Pledge of Allegiance, and with all of the things that are going on in America, in the name of the United States of America, for any African-American or person of color that decides not to, I stand with them and with their right not to stand regardless of what I do,” he said.

Norman said to Cyr, “You have the right to voice your opinion about whether or not you think we should stand.”

Jackson does not stand for the Pledge of Allegiance no matter whether it is recited during council meetings or any other government function he attends in Perquimans County or Chowan County.

“Liberty and justice for all – and that’s why I don’t stand – because there is no liberty, there is no justice for all,” said Jackson, a US Army veteran. “And as a serviceman, you know the only time we come to a full stop is for Taps, fallen comrades. I’ve reached out to say as to why I do not stand – I served – but I do not stand. Not only did I serve, but I am a disabled vet and vice commander of American Legion post 223.”

Interesting tidbit – when Jackson was asked, as was everyone else who spoke during citizen’s concerns, what his address was, he answered 114 W. Grubb Street, Town Hall’s address, rather than giving his official street address. When Jackson was asked a second time for his address, he doubled-down and answered 114 W. Grubb Street.

Like a record stuck on repeat, Jackson dismissed changes to Monday’s meeting agenda, criticized Mayor Brown’s policies, money lost on the sale of the Tahoe that he used to drive, lies posted to Facebook, and lamented how Edenton and Elizabeth City have grown, but not Hertford.

Felton suggested that with all children crossing the street in that area perhaps it would be a good idea to place speed bumps to restrict the flow of traffic.

Felton also spoke about how something needs to be done about the speedy traffic flow on Dobbs Street and how people are not picking their dog’s waste.

Town Manager Pam Hurdle said it is a between a $5-10 fine if someone gets caught not cleaning up their dog’s waste. She said if someone sees an infraction, that person can call Town Hall or the police to report the incident.

Felton asked council “to work together one way or the other” before she dismissed agenda revisions as it relates to the HPD’s future.

“If you are not going to discuss these things at the meeting, when are they going to be discussed?” she said.

In other business, Perquimans Schools’ Superintendent Tanya Turner notified council via letter that PCHS has been approved for a fireworks display during Pirates’ prom on May 15.

Town Manager Hurdle explained that the school has received all the necessary approvals from the fire marshal among others as well as the certifications needed for company called Shot in the Dark LLC to blow off fireworks at the athletic field.

Lastly, after a long debate about council’s rules and the murky meaning of “nevuweary” as it relates to tabled or reconsidered actions, council approved a resolution to have a youth center at the Community Building, 3-2. Mayor Brown, Mayor Pro Tem Ashley Hodges and Councilman Jerry Mimlitsch voted in favor of the resolution while Norman and Jackson opposed the measure.

Being that Monday’s meeting was four hours long, more council news will appear in the next edition of the Perquimans Weekly.